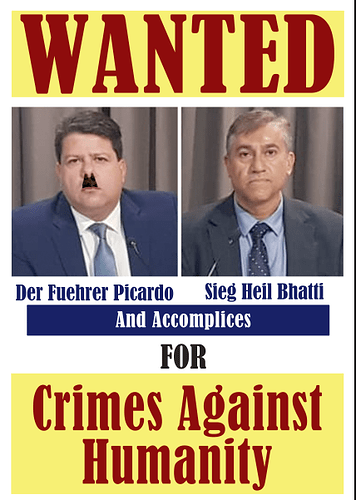 The Royal Gibraltar Police Commissioner, Richard Ullger, and the Governor of Gibraltar, David Steel - who is a retired Vice Admiral of the Royal Navy, both were given hard copies of the 95 Theses – Policing The Corona State report by Martin SleuthER, on 7 July 2021. 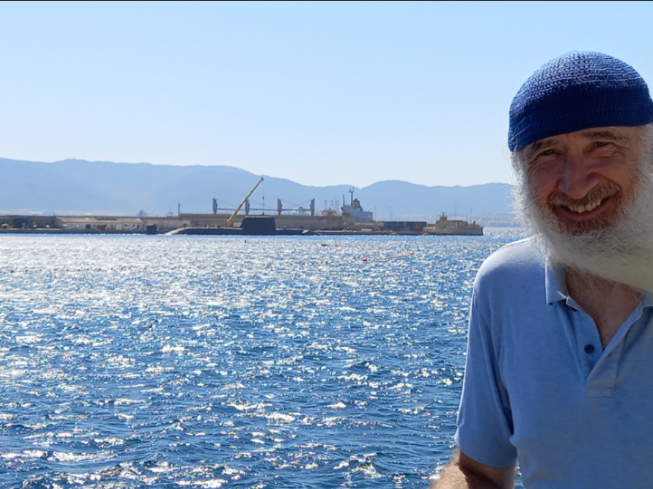 For well over a decade now, the 7th July has been a poignant date for time for me (aka Martin SleuthER) at a personal level. To mark the occasion of this anniversary date of the infamous false-flag 7/7 London Bombings in 2021, The Royal Gibraltar Police Commissioner, Richard Ullger, and the Governor of Gibraltar, David Steel - who is a retired Vice Admiral of the Royal Navy, both were given hard copies of the brand new 95 Theses. 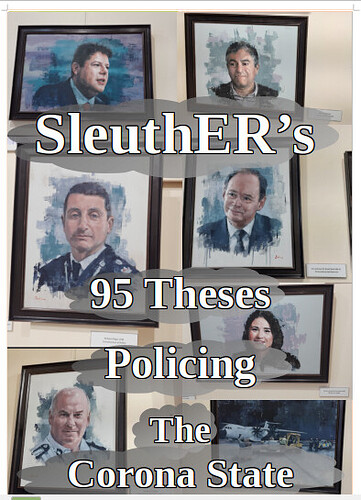 The report had four parts, the front covers of which were visually depicted as follows: 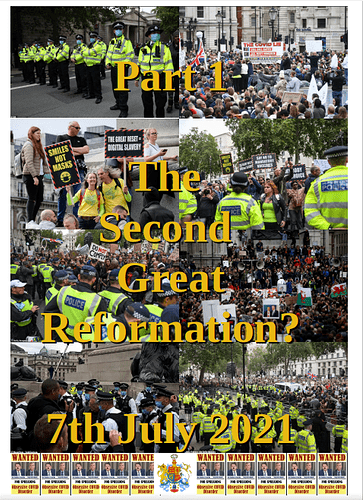 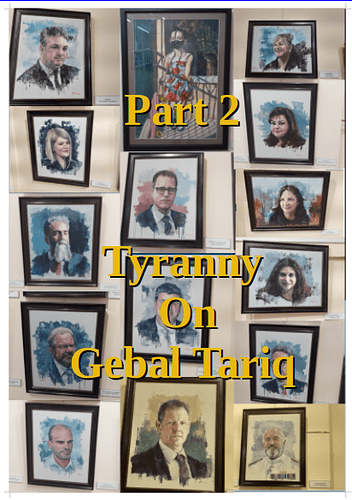 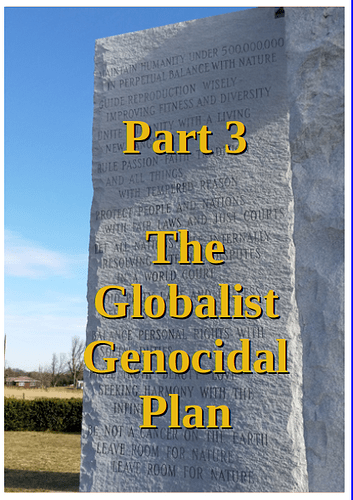 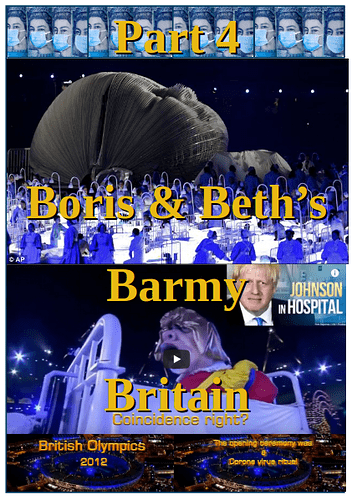 The four sections of the report can be read by viewing the following PDFs. You can open these in your browser; preview them; or download them:

At Governor's Gate, while handing over the full document to the security officer, also presented to him was the latest copy of the Gibraltar Messenger. 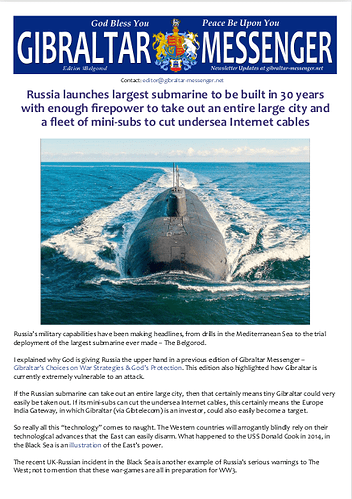 Read this latest Gibraltar Messenger edition: Russia launches largest submarine to be built in 30 years with enough firepower to take out an entire large city and a fleet of mini-subs to cut undersea Internet cables

In taking a glance at the front cover, the security officer replied with a smile by saying that the Governor had just got back from having his lunch on the submarine which was in Gibraltar. Perfect timing. 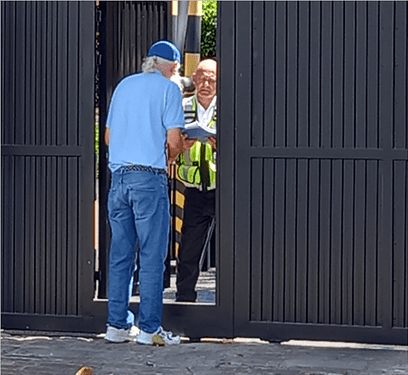 This is not the first time Martin SleuthER has compiled such a report. The first report of this kind was compiled back in 2017.

This occurred 500 years from when The Reformation began by Martin Luther. Luther's 95 Theses was nailed to the doors of Wittenberg Cathedral. In the same vein, SleuthER's 95 Theses of Elizabeth Battenberg was pinned to the gates of Buckingham Palace, and fastened to the railings of Westminster Abbey. 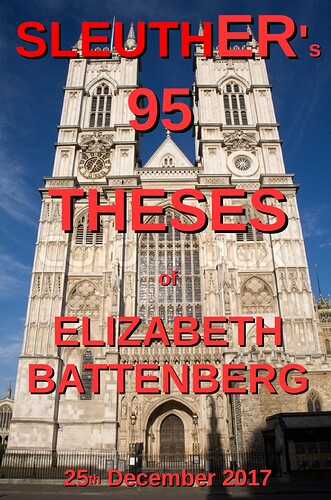 SleuthER, very much hopes that The Commissioner of The Royal Gibraltar Police, Richard Ullger will read and digest The 95 theses and wake-up and do the right thing by taking incisive action against the Chief Minister and his Public Health Director, in order to rid The Rock of this evil once and for all, and expose these terrible heinous crimes against humanity for what they are - genocide. Gibraltar needs to transform itself from being the globalists' vaccine guinea-pig forerunners, into being Christ's foot-soldiers in this spiritual warfare being unleashed across the entire Prison-Planet Earth. To begin that process, Der Fuehrer Picardo and Sieg Heil Bhatti and all their willing accomplices, need to be arrested forthwith for their crimes against humanity.

As for the Governor himself, SleuthER very much hopes that Vice Admiral David Steel will 'up-periscope' and help Christ re-sink the Bismarck. He could do that by formally meeting-up with Christ's disciples on The Rock, to learn more about the vitally important work of Christ on The Rock of His Defence. Yes, that's The Gibraltar Messenger, I warrant.

In short, we very much hope and pray that the Governor keeps his promise to meet, with a view to him switching sides, and perhaps working here as Christ's Ambassador to the UK. 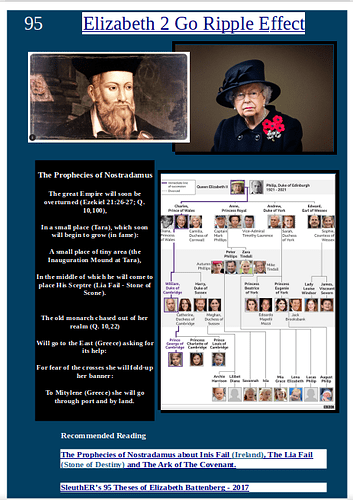 Both were additionally gifted with a hard copy print-out of the latest Gibraltar Messenger. 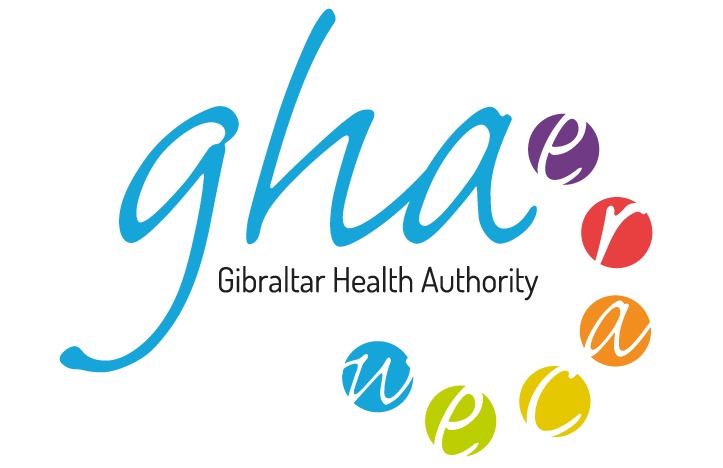 The GHA’s Director of Nursing Services and the Ambulance Service Sandra Gracia MBE has been awarded an Honorary Fellowship by the Royal College of Nursing in recognition of her outstanding contribution to nursing.

The GHA’s Director of Nursing Services and the Ambulance Service Sandra Gracia MBE has been awarded an Honorary Fellowship by the Royal College of Nursing in recognition of her outstanding contribution to nursing.

A statement follows below:

A Fellowship is the highest honour that the Royal College of Nursing Council can bestow on a member.

Minister for Health and Care, the Hon Samantha Sacramento, said: ‘I am delighted that Sandie’s remarkable contribution to nursing and healthcare in Gibraltar has again been recognised this time by the Royal College of Nursing. This prestigious honour is testament to Sandie’s exceptional professionalism and inspirational leadership in guiding the GHA’s nursing services through the extraordinary challenge of the COVID-19 pandemic. Congratulations, Sandie, on this well deserved distinction.’

GHA’s Director of Nursing Services and the Ambulance Service Sandra Gracia is mentioned in Part-2-Tyranny-On-Gebal-Tariq.pdf (6.1 MB) of SleuthER's 95 Theses – Policing The Corona State.

She is now being rewarded for playing her part in that Tyranny.

She is now being rewarded for playing her part in that Tyranny.

And as you pointed out so is Bhatti -

Director of Public Health to leave role this week Other

The Chief Minister will move a motion to bestow the Gibraltar Medallion of Honour on the outgoing Director of Public Health. Fabian Picardo said this was for Dr Sohail Bhatti's extraordinary contribution to the health and well being of the people of Gibraltar during the pandemic. The Government confirmed Tuesday that it has not renewed Dr Bhatti's contract is due to a medium-term plan to localise the post. 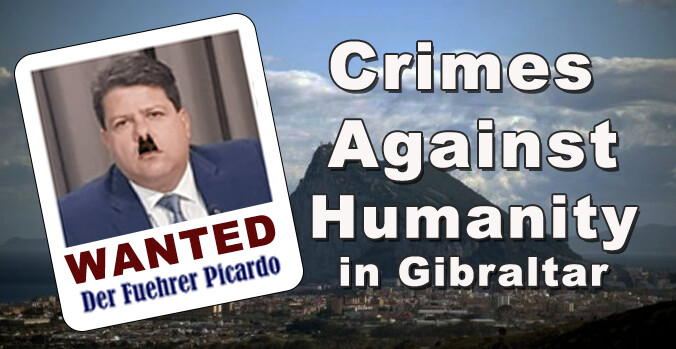 Sept. 28 Update - over 4,600 physicians and medical scientists worldwide had signed the Rome Declaration.

An international alliance of physicians and medical scientists has condemned the actions of all policymakers and politicians who imposed stay-at-home, social distancing, face masks and “vaccine” mandates, none of which are even scientifically valid let alone constitutionally justifiable.

“The Physicians’ Declaration was first read at the Rome Covid Summit, catalyzing an explosion of active support from medical scientists and physicians around the globe,” reads a document from the conference.

“The Declaration is a battle cry from physicians who are daily fighting for the right to treat their patients, and the right of patients to receive those treatments – without fear of interference, retribution or censorship by government, pharmacies, pharmaceutical corporations, and Big Tech,” stated Dr. Robert Malone, the architect of the mRNA vaccine platform.

The Nuremberg Code clearly prohibits the types of things the government is trying to impose in the name of fighting a “pandemic.”

A "Physicians' Declaration" produced by an international alliance of physicians and medical scientists strongly condemns the global strategy to treat COVID, accusing policy-makers of potential “crimes…

Over 7,200 doctors & scientists have signed the Rome Declaration - The Declaration can be signed on their website - PHYSICIANS DECLARATION GLOBAL COVID SUMMIT – ROME, ITALY. 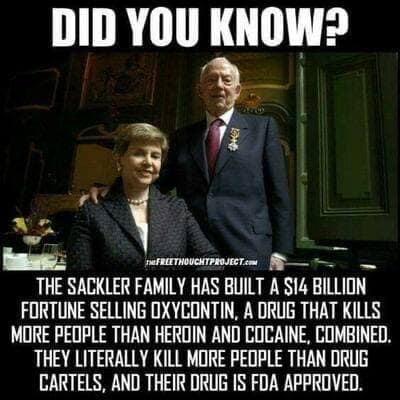 What a sick criminally insane world we live in. They need to be arrested for crimes against humanity. Have they not read that it is impossible to serve God and materialism/mammon (Matthew
6:24)? 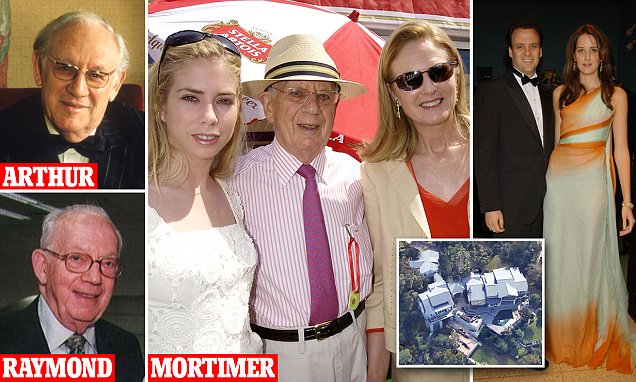 Sackler family made billions off of the opioid crisis

Brooklyn-born brothers Arthur, Raymond and Mortimer (main, with his third wife and daughter) Sackler began a pharmaceutical legacy that would lead to the creation of addictive Oxycontin 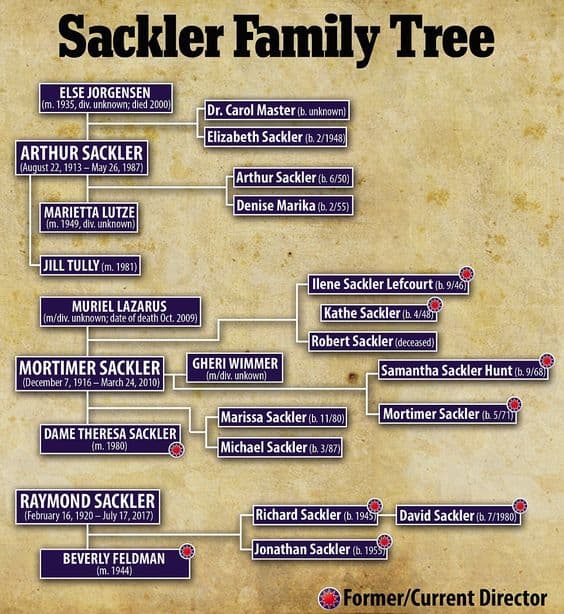 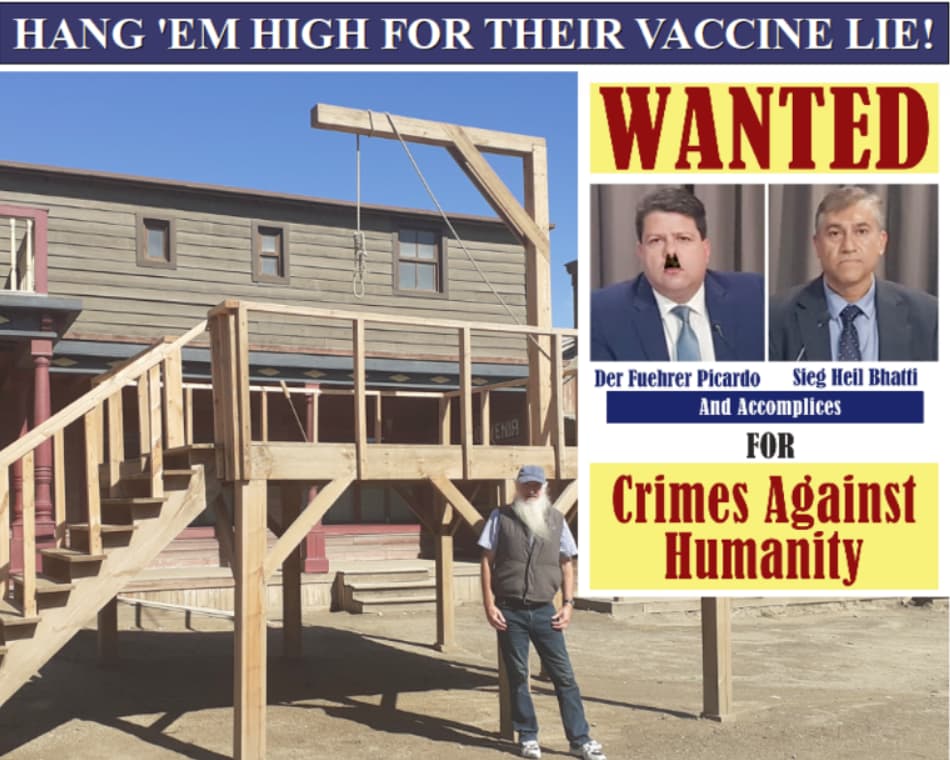 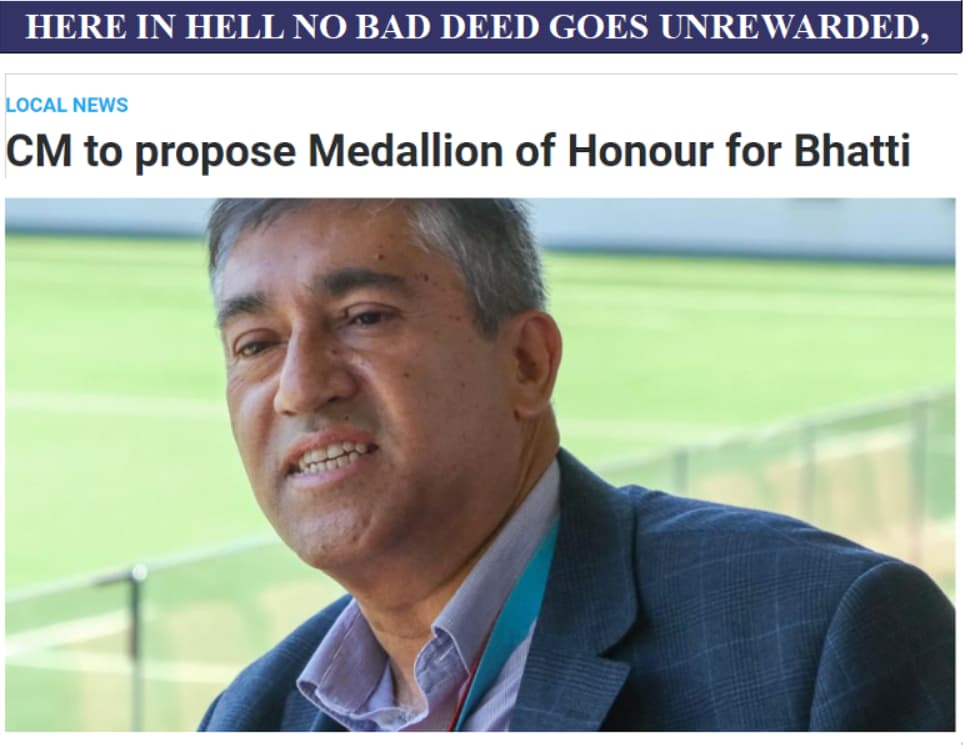 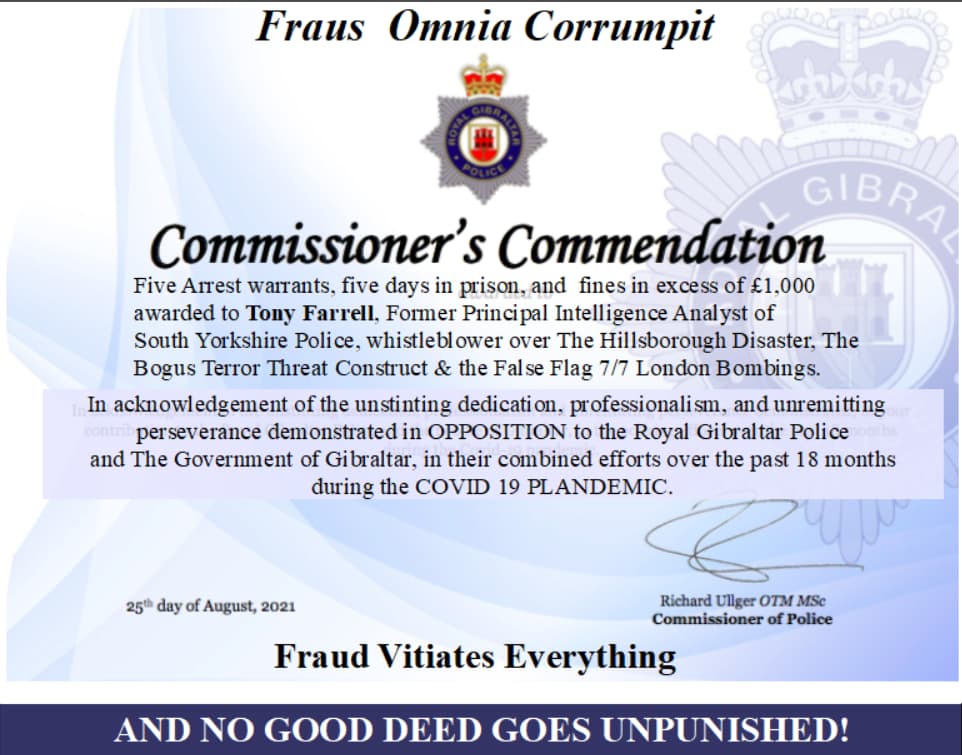 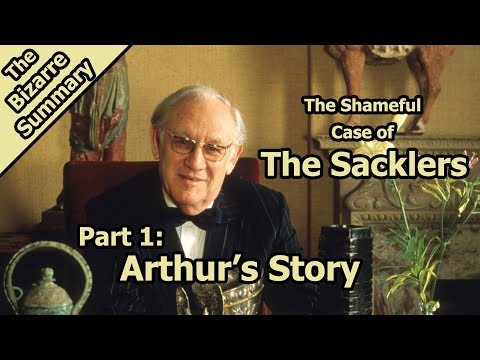 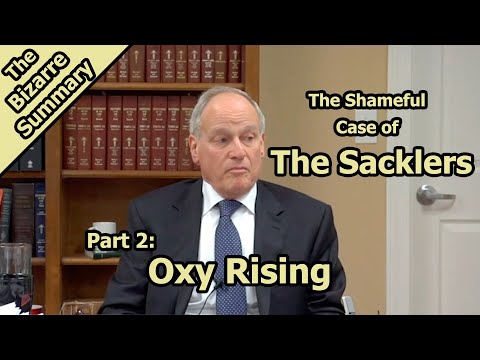