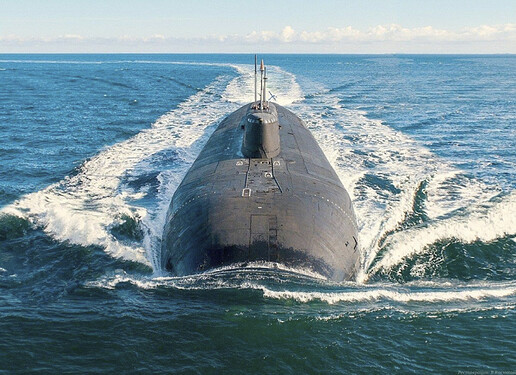 Russia’s military capabilities have been making headlines, from drills in the Mediterranean Sea to the trial deployment of the largest submarine ever made – The Belgorod.

I explained why God is giving Russia the upper hand in a previous edition of Gibraltar Messenger – Gibraltar's Choices on War Strategies & God's Protection. This edition also highlighted how Gibraltar is currently extremely vulnerable to an attack.

If the Russian submarine can take out an entire large city, then that certainly means tiny Gibraltar could very easily be taken out. If its mini-subs can cut the undersea Internet cables, this certainly means the Europe India Gateway, in which Gibraltar (via Gibtelecom) is an investor, could also easily become a target.

So really all this “technology” comes to naught. The Western countries will arrogantly blindly rely on their technological advances that the East can easily disarm. What happened to the USS Donald Cook in 2014, in the Black Sea is an illustration of the East’s power.

The recent UK-Russian incident in the Black Sea is another example of Russia’s serious warnings to The West; not to mention that these war-games are all in preparation for WW3.

Please consider this article by Jacob Thornburn featured in the Daily Mail with the above in mind: 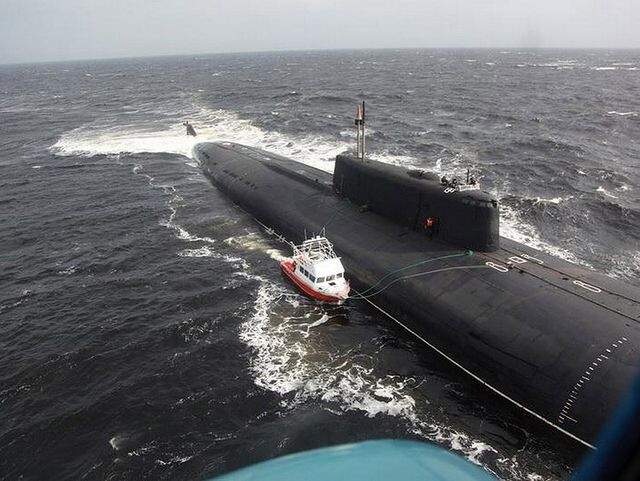 A new Russian submarine packed with nuclear firepower and capable of taking out an aircraft carrier or even an entire city has sailed for the first time.

The 604ft Belgorod, the largest submarine to be built in the last 30 years, was put to sea for the first time yesterday as Russia flexed its naval muscles in the wake of an incident with British destroyer HMS Defender in the Black Sea.

Experts fear the 79ft-long torpedoes – dubbed Poseidon – could be detonated underwater to cause a radioactive tsunami and threaten coastal cities with waves up to 300ft high.

The enormous vessel is reportedly operated on behalf of the nation’s secretive Main Directorate of Undersea Research, and is understood to be central to Russia’s intelligence gathering operation.

But it is also believed to be equipped with up to six nuclear-armed torpedoes, each capable of carrying warheads with an explosive power of two megatons – equivalent to two million tons of TNT, or more than 130 times the power of the Hiroshima bomb.

Dr Sidharth Kaushal, from the Royal United Services Institute, told The Mail on Sunday he believed the fleet of UUVs could be of strategic value for President Putin.

Dr Kaushal said: ‘The Belgorod is large enough to act as a mother ship for a unique set of smaller vessels which have deep-diving capabilities and the ability to tamper with undersea infrastructure.

‘It’s well equipped for sabotage and clandestine operations. Its Poseidon nuclear torpedoes could also be a very effective means of attacking an aircraft carrier in wartime – one against which at present no defence exists.

‘The Belgorod will not be part of the Russian Navy per se, meaning its covert and aggressive actions will effectively be deniable.

‘The submarine appears set up for non-attributable Special Forces warfare with its commanders answering directly to the [political] leadership and bypassing the Russian naval command structure.’

Also consider this article on ZeroHedge:

It’s being popularly dubbed “Putin's city-killer” - and is also being widely acknowledged as the largest submarine in the world to be built for 30 years: Russian Navy’s ‘Special Mission’ K-329 Belgorod has been put to sea for the first time within the past days, undergoing sea trials.

Estimated at 178 meters (584 feet) long and about 15 meters (49 feet) across, it's twice the size of the UK Royal Navy's largest submarines, but more impressively is equipped with AI-guided nuclear tipped underwater drones which according to one prominent Western source are capable of hitting coastal targets lying 6,000 miles away.

Before the Belgorod’s deployment in the Black Sea as highlighted in the above article, it was already making waves with a launch on St. George’s Day, April 23, 2019. 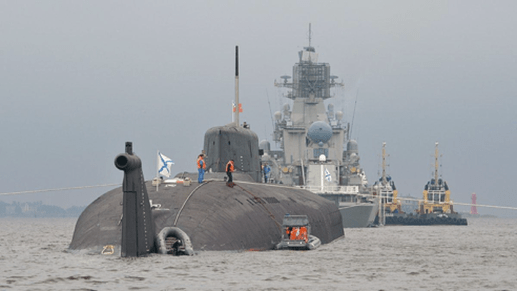 The sub was designed to act as a “mother ship” for other smaller submarines, such as Losharik, and above all it can carry the new retaliatory weapon of Russia: the Poseidon nuclear-powered torpedo, capable of destroying a city by generating an artificial tidal wave with its atomic charge of two megatons.

And the Belgorod is by far larger than anything operated by any other naval force, including the US. 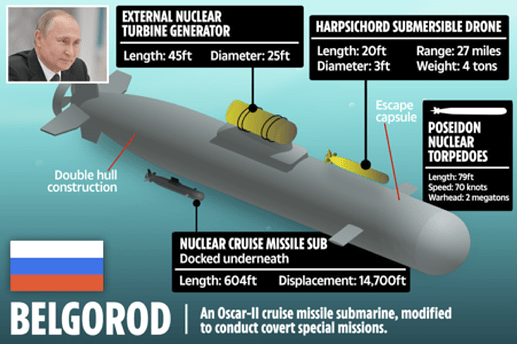 This nuclear powered submarine has a power to destroy the whole city. You can measure the power of this Belgorod submarine as during the second world war America dropped two nuclear bombs on Hiroshima and Nagasaki in 1945. In the Japanese 2 cities 30 thousand people died, but a nuclear bomb carried by Belgorod is 100 times more powerful than the destruction of Hiroshima and Nagasaki nuclear effect. 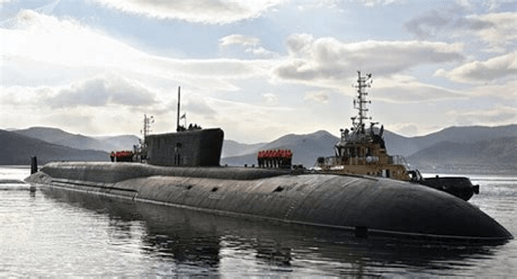 The Belgorod, recently launched from the Sevmash shipyard in northern Russia, is designed to carry the Status-6 Poseidon, an 80-foot-long robot sub with intercontinental range and armed with a 100-megaton warhead to create a tsunami that will bury enemy coastal cities. 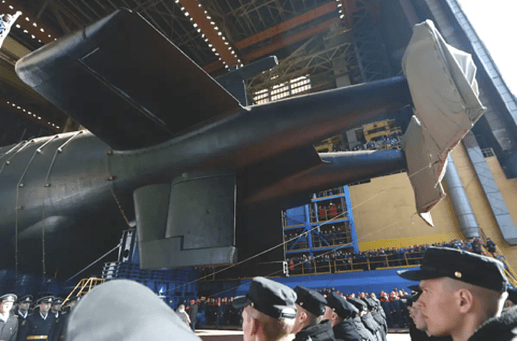 The Kremlin hid most of Belgorod from public view during the launching ceremony, but what it did show still offers important clues about the boat's other "special projects" missions, including intelligence gathering and acting as a mother ship for smaller manned and unmanned submarines.

Pictures from the ceremony at Sevmash only show the rear of the submarine. The submarine's two propellers were covered during the ceremony. There's no indication that this special projects submarine has a more modern pump-jet design that could offer improved speed and acoustic signature performance.

The six hundred foot long submarine displaces more water than a World War I battleship and can dive to a depth of 1,700 feet.

The nuclear-powered Belgorod is neither an attack submarine nor a ballistic missile sub. A special mission submarine, Belgorod will be a mother ship to other undersea vessels.

According to HI Sutton, noted authority on undersea warfare, Belgorod will be crewed by the Russian Navy but operated by GUGI, the secretive Main Directorate Deep Sea Research organization.

Although built to conduct underwater espionage, by far the most sinister mission for Belgorod is as launch vehicle for the Poseidon nuclear torpedo system. 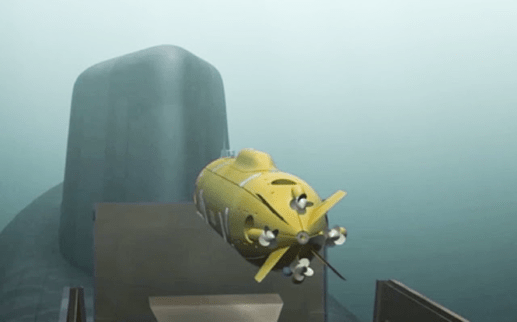 By now you should be getting the picture.

Does Gibraltar want to rely for protection on people whom God clearly states are going to be defeated, or on God Almighty?

Isn’t it time to take My Advice?

The Four Horsemen of the Apocalypse and The Two Witnesses

World War 3: The Second of its Three Woes/Phases

Russia launches largest submarine to be built in 30 years with enough firepower to take out an entire large city.pdf (1.1 MB) 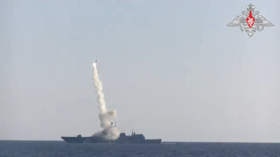 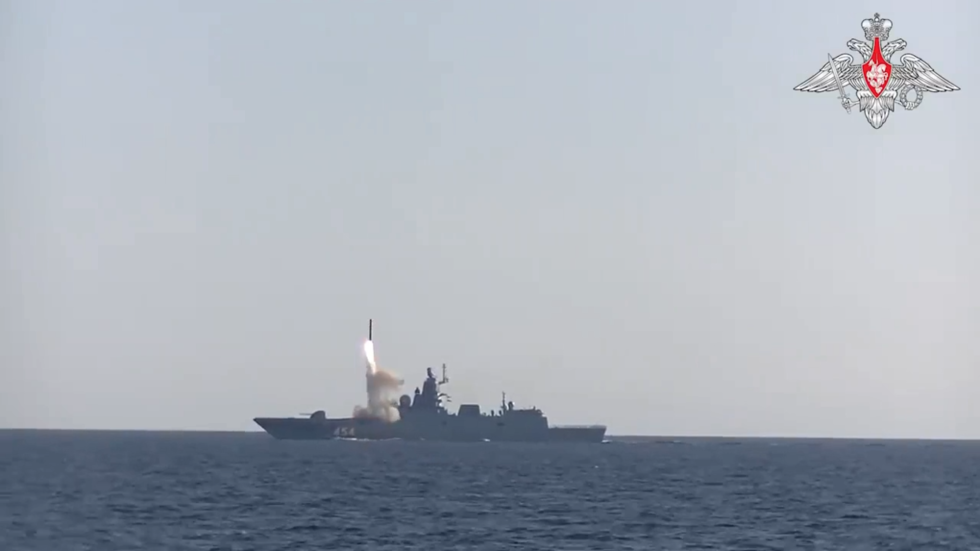 July has been a remarkable month for Russian rockets, with Moscow announcing a handful of successful missile tests, the country showing off its warplanes at the MAKS international airshow, and launching the new Nauka space module.

July has been a remarkable month for Russian rockets, with Moscow announcing a handful of successful missile tests, the country showing off its warplanes at the MAKS international airshow, and launching the new Nauka space module.

Bringing together arms manufacturers from across the country and customers from across the world, the annual MAKS air show, outside the capital, saw the unveiling of the new Su-75 light combat aircraft, codenamed Checkmate. By all accounts, the presentation of the new fifth-generation light fighter jet was the pinnacle of the exposition, with developers promising Checkmate would make its maiden flight before next year’s event.

The jet, its makers hope, has the chance to become a future bestseller worldwide. In effect, there are no advanced light aircraft on the market right now. America’s F-35 Lightning II is a capable fighter, but it’s expensive, relatively heavy, and most importantly, “politically charged,” given relations so often dictate exports. All that makes Russia’s Checkmate an interesting buy for a number of regions, such as parts of Asia and Africa – and even Latin America.

The promotional video that came with the new aircraft featured the UAE, India, Vietnam, and Argentina. All look like appropriate prospective buyers, especially in light of reports about a potential joint Russian-Emirati project that has been rumored for a number of years. In addition, the Su-57, a fifth-generation fighter designed for the Russian Aerospace Forces, has now entered serial production. However, there remains the need to step up manufacturing and deliver these aircraft to the forces at a faster pace, but some of its technological solutions will be used to speed up work on Checkmate.

The latest Gibraltar-Messenger has been updated with the #Belgorod edition -

Russia launches largest submarine to be built in 30 years with enough firepower to take out an entire large city and a fleet of mini-subs to cut undersea Internet cables – gibraltar-messenger.net/#Belgorod