Politicians BREACH The Declaration on Bioethics and Human Rights and Nuremberg Code Left, Right and Center 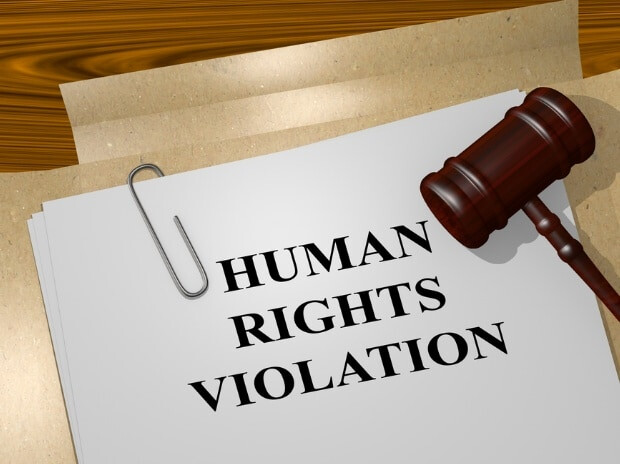 Many politicians began their careers as attorneys, becoming experts at "turning" the law. Attorn means "to turn" or to transfer allegiance to a new lord. And this is exactly what they have done. They have turned away from God's Law and their allegiance lies with the Banksters' Crown Temple British Accreditation Registrar (BAR).

"One of the prime agents in this (NWO) control is through the International BAR Association and its splinter groups... It is important to note that there are BAR Associations in nearly every nation world wide now, pushing the United Nations always." – Myron C. Fagan

It really began with God's People Israel (from all 12 sons of Jacob-Israel) moving away from The Covenant that they promised to do and keep forever since given them by God through Moses.

Fast forward in time, and we see treaties and covenants go by the wayside when a new agenda is devised. We can look at how the "white" man broke every treaty with the Native Americans, or how The West constantly breaks treaties still today, when it suits them "to turn" in a different direction.

Many whistleblowers, truthers, and independent professionals and experts have been sounding the alarm about the Plandemic – saying: "They are breaking The Nuremberg Code".

So far, this hasn't phased attorneys, politicians, their governments etc. pushing the agenda. Why? Because they are so confident in their ability to re-interpret codes and declarations, because all of the judges in every court are members of the same BAR; create plausible deniablity; point fingers of blame; LIE their way out of responsibility – just like a snake can slither. But perhaps most importantly, they are united in this assault on humanity; and have used every NGO, think-tank, agency and their agents and the courts to protect each other.

Is this Comradery going to hold up? The Bible says Nay. However, they will get away with it until the 11th hour, because True Israel is being punished for breaking the ultimate Covenant – where it all started and will END.

If we had kept The Covenant no other Law – (read: Legislation) – would have ever been written.

Deut 4:2 – Ye shall not ADD unto the word which I command you, neither shall ye diminish [ought] from it, that ye may keep the Commandments of the "I AM" your God which I COMMAND you.

But no, just like Cain, we've got to do exactly the opposite. The Synagogue of Satan created the United Nations to build a One World Government. And we leave it up to them to deceivingly create "codes" and "declarations" that sound good at the time – to make us believe they care – but the vipers know they can reinvent more, reinterpret semantics, ignore or break the covenants whenever it suits their purpose.

Take a look at the United Nations Educational, Scientific and Cultural Organization's (UNESCO) Declaration on Bioethics and Human Rights, and ask which individuals in your area are downright in breach of it.

Please note some people are confusing articles in this Declaration with The Nuremberg Code, both of which came about after WW2 and essentially dealt with human rights and medical experiments.

The Declaration on Bioethics and Human Rights

A LITTLE HISTORY – UNESCO was founded in 1945 as the successor to the evil failed League of Nations, a precursor to the UN. Its mission is now to advance peace, sustainable development and human rights by facilitating collaboration and dialogue among nations. The Declaration began with the "Guidelines for New Therapy and Human Experimentation", created in the early 1930s by the German government in response to the criticism of unethical human experimentation.

However, the guidelines were negated by Adolf Hitler. By 1942, the Nazi party included more than 38,000 German physicians, who helped carry out medical programs such as the Sterilization Law.

This is occurring today – Politicians are negating this current Declaration; and governments are employing thousands of physicians to carry out these experiments, whose adverse reactions include sterilization among other assaults.

As a reminder, The Nuremberg Code is a set of research ethics principles for human experimentation created as one result of the Nuremberg trials at the end of the Second World War. The ten points became known as the Code, which includes such principles as informed consent and absence of coercion; properly formulated scientific experimentation; and beneficence towards experiment participants. It is thought to have been mainly based on the Hippocratic Oath. The Code is considered by some to be the most important document in the history of clinical research ethics, which had a massive influence on global human rights.

The Nuremberg Code became a cornerstone of clinical research and bioethics. It is on this foundation that people are crying out. Perhaps, once they turn to the real Cornerstone, their cries will be heard.

The UN's "International Covenant on Civil and Political Rights" and the World Health Organization's "International Ethical Guidelines for Biomedical Research Involving Human Subjects" essentially align with The Nuremberg Code, in that the idea of free and informed consent are crucial. But The Declaration on Bioethics and Human Rights is more detailed.

We'll pull out the article and section whistleblowers are publishing, but the whole thing can be read on various websites including UNESCO; and Wikipedia, which is where some of this background information is derived from. Forty-eight countries voted in favour of the Declaration, including the United Kingdom.

This one is now making its rounds on truth and alternative websites. Again, it's not in The Nuremberg Code, but in The Declaration:

Read that again – in NO CASE should a collective community agreement or the consent of a community leader or other authority subsititute for informed consent.

Gibraltar, it would seem that politicians and health officials are in BREACH of this Article 6, Section 3. Does anyone care? Isn't Public Health Gibraltar making decisions for individuals "as a community" and the government mandates the rules? Isn't Picardo (leader) in BREACH? Not one official has come forward about serious injection adverse reactions and deaths happening, instead they are hounding everyone to take a third jab, ignoring that the jab is still in its EXPERIMENTAL PHASE, and doesn't even officially conclude until 2023 (FACT).

Hounding Gibraltarians – with its constant propaganda about being jabbed and boosted – is a form of COERCION. Coercion is completely unethical and illegal – as per The Nuremberg Code - Point 1: This means that the person involved should have legal capacity to give consent; should be so situated as to be able to exercise free power of choice, without the intervention of any element of force, fraud, deceit, duress, overreaching, or other ulterior form of constraint or coercion..."

Governments, including Gibraltar's, are using fruadulent data from meaningless PCR Tests and lateral flow tests to create a CASEDEMIC in order to hound (Gibraltar Booster Boosters) everyone into getting jabbed. The constant propaganda is far past overreaching. They will end up using ulterior forms of constraint (health pass) to coerce everyone – which Picardo has already alluded to, by saying "health passes are coming".

ARTICLE 2 states that those who do not want boosters should be allowed to stop the experimentation at any time: "Consent may be withdrawn by the person concerned at any time and for any reason without any disadvantage or prejudice."

In fact, if you look carefully at each one of the Articles, governments, their leaders, and health officials could undoubtedly be argued to be in BREACH of them all, including discrimination – although they are trying to slither their way out of that one.

But as mentioned at the beginning of this post, attorneys change meanings of what is written to suit themselves. "Although the text itself appears to have an obvious meaning, the United Nations has both provided interpretations and acted in contradiction to the literal meaning." as pointed out in this article on LIfeSite – Forced COVID vaccinations violate UNESCO Declaration on Bioethics and Human Rights - LifeSite – "Medical intervention without consent is not only applauded in countries known for human rights abuses, such as China. Influential figures in countries like the United States and Great Britain are proposing forced medical intervention in the form of state-mandated COVID-19 vaccines."

Their convenient interpretations to suit their goals now should not go unchallenged.

In SIMPLE TERMS – They are clearly in BREACH – but leave it to attorneys to complicate, tie-up, ignore, and to always reinvent THE LAW, which has been explicitly forbidden by God on pain of death – The Law.

At some point, mankind is going to realize its fraudulent legislation and remedies are useless. While mankind is in BREACH of God's Law, it will suffer.

What this may mean for

We are told in Deuteronomy, chapter 28 (below), that if we follow The Law, we will be Blessed and everyone will enjoy their share of the abundance of crops that The Ruler of The Universe promised that He would make grow in the land (without the need for chemical sprays, fertilizers or Genetically Modified Seeds), but if we don't follow The Law and allow greedy evil men to make up their own laws to suit themselves, the land would fail and we will suffer slavery, oppression, pestilence, disease, famine and death (the rat race - employee is just a modernized word meaning slave - think about it) under The Curses written into The Law as a punishment for not following it. . . . The Law

Agreed. However, for me the use of the word "seem" implies the possibility there may not be a breach. Reading the plain language of Article 6. It does not seem to be a breach. Based on the facts and evidence of what has taken place concerning the administration, mandates, lack of choice and adequate information that has been provided [by the establishment] to the general population with regard to the vaccines/booster shots along with the individual's right to withdraw consent for any reason without disadvantage or prejudice... T.H.E.Y. unequivocally are in breach.

In fact, if you look carefully at each one of the Articles, governments, their leaders, and health officials could arguably be in BREACH of them all,

A consultation on proposals to reform the Human Rights Act 1998.

When they say "wider public interest" they mean "The Greater Good". Alarm bells!

It's kind of like Animal Farm. The first law was "All Animals Are Equal" - later the ruling pigs added "But some animals are more equal than others." 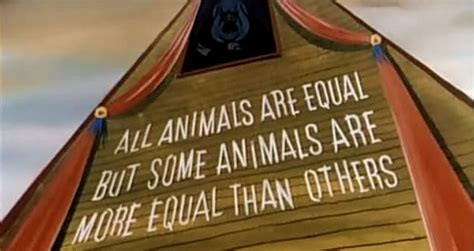 It's also Biblical, showing us how we disobeyed God. Politicians add to the rules.

Deut 4:2 Ye shall not ADD unto the word which I command you, neither shall ye diminish [ought] from it, that ye may keep the Commandments of the "I AM" your God which I COMMAND you.