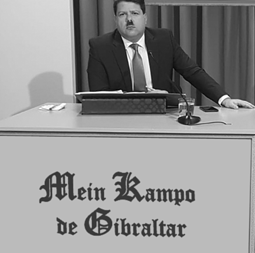 The Biden Regime Has a Penchant for Nazi-style Behavior - PaulCraigRoberts.org

Mr. Baker notes that Fuehrer Garland’s list does not include the million immigrant-invaders who have illegally entered the US so far this year and who will be voting in US elections despite the fact that they have no legal right to be in the US.

Little doubt mRNA vaccine whistleblowers are on the list, along with 9/11 skeptics, and people who question the Russophobic diet fed to the American people. Indeed, the list consists of everyone who thinks for himself, exercises free speech, and questions any of the official narratives used to control the American people and keep them compliant with the establishment’s agendas.

Modern technology makes control far easier than in Stalin and Hitler’s time, and people’s dependency on the technology makes it very difficult to escape control. The nerds who got their jollies developing the digital revolution unleashed tyranny on the world.

[Same in the UK, and in Gibraltar with its "Smart City" plans and 5G.]