[When will anyone in Gibraltar be man-enough to do likewise, if ever?]

UK Team File Complaint of Crimes Against Humanity With The International...

A complaint has been filed with the Prosecutor of the International Criminal Court on December 6th, 2021 by a team from the UK on behalf of the people alleging

A complaint has been filed with the Prosecutor of the International Criminal Court on December 6th, 2021 by a team from the UK on behalf of the people alleging crimes committed by UK government officials and international world leaders of various violations of the Nuremberg Code, crimes against humanity, war crimes and crimes of aggression perpetrated against the peoples of the UK.

“The seriousness and extent of the crimes committed in the United Kingdom, highlighted by the scope of people that these crimes affect, that these crimes continue to be committed, the wide range of perpetrators, the recurring patterns of criminality and the limited prospects for accountability at the national level, all weigh heavily in favour of an investigation” .

The perpetrators as listed on the document (and featured in article).

The applicants state that they have tried to raise their case through the local English police and the English Court system without success.

The filing offers hope in a never-ending saga of harmful deception. The documentation is both interesting and very educational, please find the complete document here. 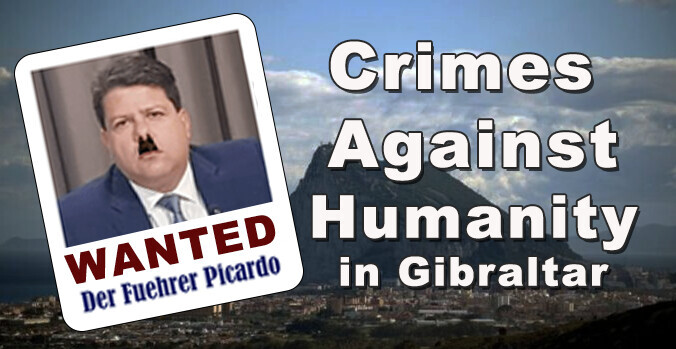 4 Likes
Crimes against humanity: Over 2.1 million vaccine injuries reported to WHO over just the last nine months
DOTS December 31, 2021, 7:18pm #2

The ICC has acknowledged the case and has attributed the following reference number OTP-CR-473/21.

Tedros Adhanom Ghebreyesus, director-general of the World Health Organization (WHO);

Dr. Radiv Shah, president of the Rockefeller Foundation; and

Dr. Peter Daszak, president of EcoHealth Alliance, as “responsible for numerous violations of the Nuremberg Code … war crimes and crimes of aggression” in the United Kingdom and other countries.

After repeated unsuccessful attempts to bring a case before the English court system, the plaintiffs resorted to asking with “the utmost urgency” that the ICC “stop the deployment of COVID vaccines, the introduction of illegal vaccination passports and all other types of illegal warfare … being waged against the people of the United Kingdom.”

The group’s complaint filed Dec. 6 presents evidence that COVID-19 “vaccines” are experimental gene therapies designed with bat coronavirus gain-of-function research, arguing that these “vaccines” have caused massive deaths and injuries and that the U.K. government has failed to investigate such reported fatalities and injuries.

The International Criminal Court (ICC) is under the jurisdiction of the United Nations. Proceeding forward may be a challenge? The United Nations and Supreme courts may find themselves in a lawsuit (as the defendants) if they keep behaving as they do (ignore people).

As we know, The Law of God was given to the people. It was given to Moses to give to the people (all the people) to enforce and maintain. Such a Court may have to be established. A Court of that kind requires a Leader / a Head of Court / a Judge. There is only One Master. How that will be presented to the people and accepted by them is up to them. Is there an alternative?

Find-out how and why the United Nations Organisation is the crux of a conspiracy to destroy the sovereignty of the United States, Britain and other nations and the enslavement of these nations' people within a U.N. one-world dictatorship. Learn how the people behind this evil one-world-government conspiracy have been using the mass-communications media, such as television, radio, the press and Hollywood, towards achieving their Satanically-inspired evil aims while arousing little or no suspicion from the general public.
All is revealed in this absolutely amazing, informative article, which explains how the Illuminati and The Council on Foreign Relations have been achieving their evil objectives, by massaging public-opinion through deviously stage-managed world affairs, wars and other events. UNITED NATIONS' "One World Government."

The International Criminal Court (ICC) is under the jurisdiction of the United Nations.

Then, the outcome will be rigged. Once Satan and his gang infilrated the jurisdicial system, it was a game-charger on true justice. And we know this was occurring even in Biblical times.

Proceeding forward may be a challenge?

A classic tactic of Satan and his gang is to make claims as difficult as possible. Look at what insurance companies do by first eliminating the weak claimers, by just denying all claims to begin with. In the justice system, this process is drawn out so that attorneys on both sides financially benefit.

The United Nations and Supreme courts may find themselves in a lawsuit (as the defendants) if they keep behaving as they do (ignore people).

I think they will keep ignoring the people until T.H.E.Y. are brought down for good – by The Lord, who will finally hear all the persistent people's cries. Essentially, by ignoring plantiff's, a bent court demonstrates the side it chooses – one of evil. They have to ignore it in order to please their controllers. The justice system has always had two tiers - one for the rich and one for the poor – which is against The Law.

Yes. People will find that human courts will always fail when they are run by the system. This may be an important step in their learning. Once they have exhausted all avenues, they might then turn to The Lord and God's Law for True Justice.

The class-action suits and these cases brought before higher courts also connect like-minded people; and give them a uniting fight (deeds). Together, they can find out The Lord is the only Way forward.

Is there an alternative?

It is important to fight evil. Eventually, everyone who is supposed to realize The Lord is Judge will find Him. Everyone else will get their comeuppances. Maybe we are still in the phase where mankind has to realize his court-system has failed; and then, he might turn to the real Judge.

Looking at Gibralar, no group has really come forward to legally challenge the government's crimes against humanity – save what Tony has been doing. Gibraltarians do come together for demonstrative walks down Main Street, but of these demonstrations climaxing in front of The Convent, which ones have actually accomplished any change? These short-lived marches aren't causing the government to budge. In fact, Picardo seems to be getting more agitated by them – because Gib has lived in a two-tiered system for a long time. These marches come and go, Picardo and his gang remain.

Let me point out that Christ has set His sights on Gibraltar, and at some point the tide will turn

What is important about these demonstrations is that they bring like-minded people together - and for every one on the street, there are probably double to triple the number who think the same, but didn't choose to walk. They are going through the growing pains to find out that they cannot rely on their government for fairness, truth or justice.

They will get to the point that they will realize it's going to take more than a walk down Main Street.

And they've got to fight with God and The Lord on their side.

Satan always overplays his hand. Look at when they arrested The Lord – they thought they were going to put Him away. But instead what happened? Exactly what God wanted.

No doubt, people are waking-up and coming together.

Small countries, like small towns may not be as easy to have an uprising. Someone with a better understanding of social science could explain the reason, but it may have to do with what others will think, fear being the primary reason. There are probably many reasons for lack of an uprising. 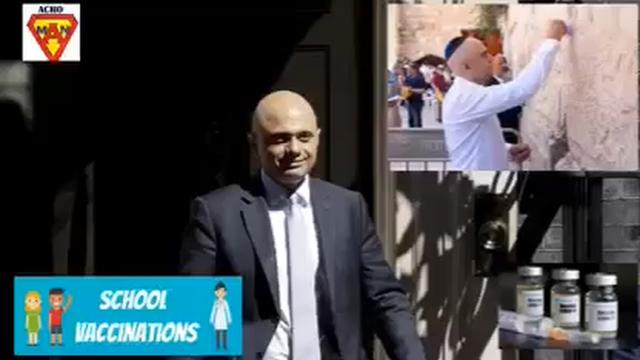 Geza Tarjanyi served Sajid Davids daughter at his home address today 3rd January 2022, and wanted to get arrested to have his day in court, and the police did just that, they will now have to investigate this. The net of truth is closing in on thes…

A brave man with a lot of confidence, for sure. IMHO, the spray paint is not a good idea. Tape of some sort, like police use at crimes scenes, may have been a better choice. But, that is my opinion. 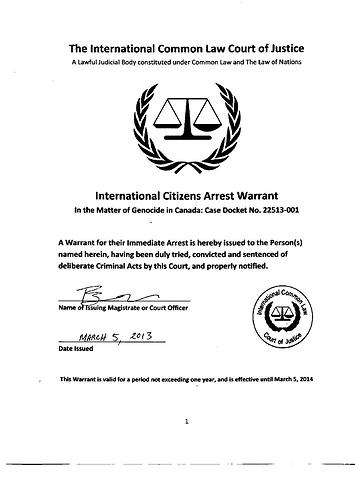 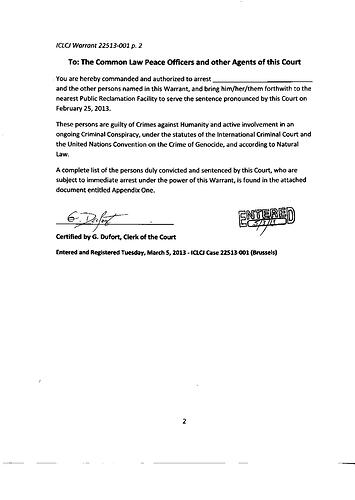