On Friday, June 18th, Mark Sexton, a retired police constable from Birmingham, visited the police to report the government for MURDER and crimes against humanity 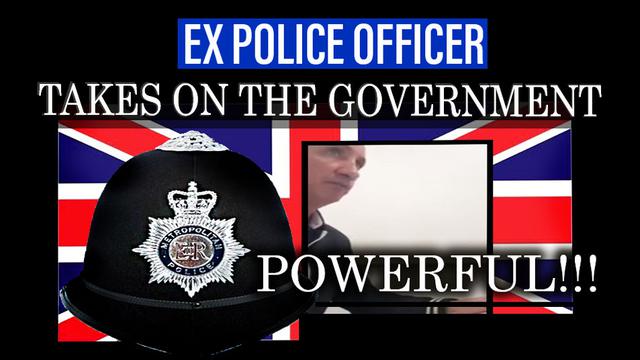 POWERFUL!!! EX-POLICE OFFICER REPORTS THE GOVERNMENT FOR 'CRIMES AGAINST...

NOT ALL POLICE OFFICERS ARE BORN EQUAL! MARK SEXTON- EX-POLICE OFFICER HAS PROVEN HIS LOYALTY TO THE PEOPLE. This Warrior of a man is ON POINT with every statement he makes and no statement can be debunked. 'A MUST WATCH AND SHARE!!!'

On Brighteon – BANNED on YouTube | Retired ex policeman Mark Sexton has just visited the police to report the government for MURDER and crimes against humanity. "POLITICIANS, POLICE AND HOSPITAL WORKERS WILL BE HELD PERSONALLY ACCOUNTABLE AS INDIVIDUALS FOR CRIME AGAINST HUMANITY IF IN ANY WAY HAS BEEN INVOLVED IN THIS GENOCIDE. EACH AND ONE WILL BE HELD RESPONSIBLE."

Also reported by UK Reloaded – Crime in progress: citizen reports government to the police. "This retired police officer has put forward a very cogent case against various government criminals and submitted, as is his duty as a citizen who observes a crime, his report to the local constabulary. As he points out, people are being killed or injured and in such circumstances it is the duty of the police to investigate and, if murder or unlawful killing are found to have been committed, bring the perpetrators to trial."

My name is Mark Sexton I am a retired police constable from Birmingham.

I am making contact in order to bring to your urgent attention some very disturbing facts and information that have come to light over the last few days.

On the 31st of May 2021 a report was released on to the Internet from a Dr Bryam Bridle from Canada. In the audio he is expressing some serious and grave concerns surrounding the vaccines for Covid 19.

This is a direct quote from the audio.

He goes on to say “ the spike proteins travel to the brain, the heart, the kidneys and the ovaries. This is going to cause serious problems for every vaccinated person.”

The feed is talking about a study from Pfizer where serious life changing and life-threatening effects have been brought to light surrounding the vaccine for COVID-19.

The report is alluding to composites from the vaccine settling in the ovaries and other organs.

This fully supports the report by the Canadian doctor, Dr Bryam Bridle.

Serious menstrual irregularities, reproductive dysfunction, heart inflammation and blood clots are occurring. There are reports to suggest there is a 2000% increase in miscarriages.

This information is of huge concern, it is so disturbing I am asking for and demanding all vaccines for COVID-19 are stopped as a matter of urgency in order to protect the public from serious harm and death.

It is also documented that Polysorbate 80 is contained within the vaccines and this is known to cause issues relating to fertility.

Prior to these reports coming out and on Tuesday, the 25th of May I attended the four biggest hospitals in the West Midlands. The Queen Elizabeth, Heartlands, The City and Solihull hospitals.

I was sent a research report from Slovakia suggesting the PCR tests are contaminated with Hydrogel and Lithium. Such was my concern I reported this to the police, they in turn forwarded this on to Special Branch to investigate. I deem this to be a targeted terrorist attack.

I took it upon myself to attend the four hospitals mentioned above, this was in order to make them aware of my concerns re the PCR tests.

Copies of the Slovakia report were given and to allow them the opportunity to withdraw all PCR testing kits.

While I was at all four hospitals it was confirmed to me by doctors, nurses and members of the administration staff they are having a significant increase in patients. The patients are suffering with heart inflammation, blood clots and serious menstrual irregularities.

All of these patients have had both doses of the vaccinations.

It is therefore incumbent upon you as the minister overseeing the vaccination program and the Covid vaccs team for the rollout of these vaccines to order an immediate cessation of the administering of the vaccines.

An investigation must be carried out into these serious allegations coupled with the worrying information relayed to me, in person, from all four hospitals to suggest these two reports are factually correct.

Other topics Sexton discussed during this report:

Analysis of test sticks from surface testing in the Slovak Republic - confirmation of genocide.

Mark's message from May to Serving and Retired Police Officers 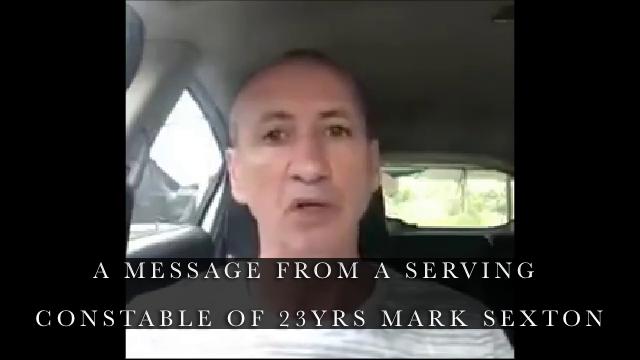 Mark sexton - With A message from a Serving Constable of 23yrs

Some 30 serving and retired police officers and staff have contacted him to express concern for what's going on. He reads out a letter from one of them.

3 Likes
NHS Doctor: Matt Hancock is “Not Fit for Public Office and Needs to be Removed Before He Inflicts Further Harm on the People of this Country”
SleuthER95 June 22, 2021, 12:11pm #2 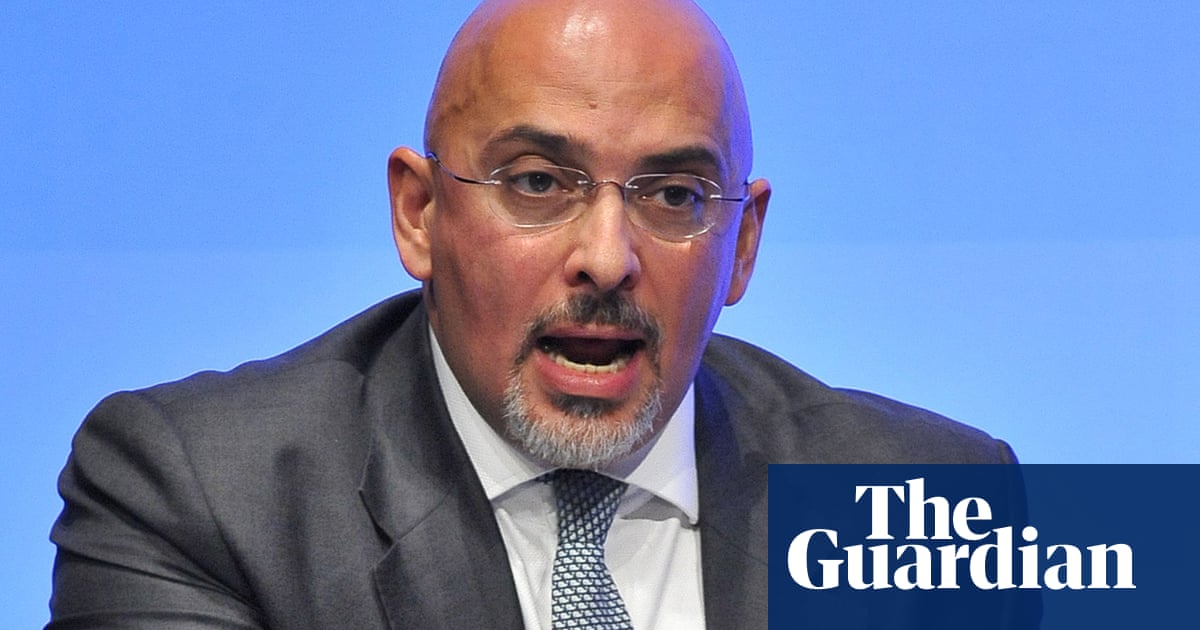 Guardian investigation reveals financial ties to Balshore Investments and Berkford Investments, both based in Gibraltar

Guardian investigation reveals financial ties to Balshore Investments and Berkford Investments, both based in Gibraltar.

Balshore Investments holds shares worth over £20m in YouGov, the polling firm co-founded by Zahawi in 2000. YouGov company documents have referred to Balshore as “the family trust of Nadhim Zahawi’s family”.

According to Balshore’s company filings in Gibraltar, its shares are held by T&T Nominees, and one of the company’s directors is Nadhim Zahawi’s dad.

Berkford and Balshore are managed by Gibraltar-based T&T Management Services, which handles trusts and assets for “wealthy individuals and families”. 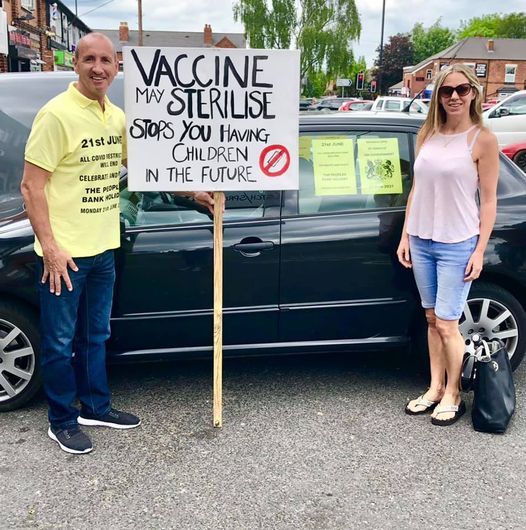 A couple of things to clarity.

Firstly, the video ended itself after 31 minutes, it wasn’t much longer.

I provided a little more medical evidence from Dr Mike Yeadon and The World Doctors Alliance.

I demanded crime numbers and the police to do their jobs and start a full criminal investigation. The immediate cessation of the vaccines.

I requested a meeting with all 45 Chief Constables. (Yes I know it won’t happen doesn’t stop me asking).

The constable was genuinely shocked and stunned by what he was hearing, he had no idea.

He did agree no person or organisation are above the law and we are all equal in the eyes of the law. He is a very decent man and promised he will put this forward and request the crime numbers ASAP.

I also advised him I have a further 1200 pages of evidence to prove the offences and they will be made available as and when.  

It’s a waiting game, I will chase them up on Tuesday if I haven’t heard anything.

I also made it abundantly clear if this is squashed and ignored, I will make a criminal complaint of Perverting the course of justice against the police and I will direct it to a neighbouring police force to investigate.

I am getting a number of requests from people asking me to share the information I provided to the police on Friday.

If you can bear with me I will try my upmost to make it available at some point in the near future.

I would like to take this opportunity to thank each and everyone of you for the unbelievable support and for sharing this information far and wide. We are a team, we are all in this together.

It goes without saying I am inundated with messages on Telegram, messenger, Facebook and WhatsApp.

I try where I can to respond but it’s now becoming impossible. If I don’t reach your message or reply please know it’s not out of ignorance, there’s just not enough hours in the day.

As soon as there is any update I will post it.

There are two ways this can end. The police do their job and investigate and bring these criminals to justice, or if they fail or refuse, “WE THE PEOPLE” will use the laws of the land, laws that will be made available to everyone so we can end this as a mass collective, peacefully, lawfully and legally.    These laws already exist and we will use them.

I hope it’s option one.

But option two is ready as and when, let’s pray it’s not needed.

Dads, remember being a father means you protect your children no matter what.

The women of the United Kingdom are putting us to Shame. (I know there are outstanding men already fighting but we need more).

It’s time to stand up and side with our brave women to end this.

We sat back and allowed the death and destruction of our elderly. They died alone and they died in pain. I am ashamed we let this happen. Are we really just going to sit back and let them come for our children?

We will end this and we will bring those responsible to justice.

To any journalists, news presenters, tv pundits or high profile public figures out there....please get this information out to the public and reach out to me also.

Keep safe, I love you all, I thank you with all my heart for the support, messages and the work so many of you are doing to end this 15 month nightmare.

It was not recorded.

Further evidence was submitted and discussed. They have been tasked with gathering it all together and discussing the findings with The Detective Superintendent. They are fully aware of the enormity of the allegations. An informed decision will be made going forward. Still no crime number despite asking again.

I have also made representation to the Chief Constable via email.

Another waiting game but I will see what decisions are made and let you all know ASAP.

It’s another step forward and that’s the main thing.

Thank you for all the support and kind messages.

Ex Policeman Mark Sexton Speaks the Truth Regarding your Rights

MUST SEE : Ex-Policeman speaks the truth regarding your rights

Ex-Policeman speaks the truth regarding your rights. Must Watch!! An awake Policeman. Mirrored https://brandnewtube.com/watch/ex-policeman-speaks-the-truth-regarding-your-rights_FzLZDAdwhLkrHXp.html Chaka

During her 1953 fraudulent Coronation Ceremony, Mrs. Elizabeth Battenberg took The Oath, where she promised and SWORE on The Holy Bible to maintain The Laws of God to the UTMOST OF HER POWER. She signed The Oath: a LAWFULLY BINDING contract with the British people. She also swore to maintain the true profession of The Gospel. [Elizabeth 2 Go Ripple Effect] Watch the film on Gibraltar Messenger’s Channel on Brighteon: God’s Law strictly forbids man from legislating. Deuteronomy 4:2 - Ye sha…

This Europe Reloaded article on Mark Sexton's latest video, as of July 5, highlights what he said and he was on point -

Mark Sexton - 'Where Will YOU Be on the 19th of July?' | Europe Reloaded

ER Editor:  This is former policeman Mark Sexton’s latest video offering, a very powerful one which challenges all of us, put online yesterday, Monday July 5. Here are some of his statements: ‘Three weeks to [...]

‘Three weeks to protect grandma’ and here we are, 16 months later. How many false promises and lies have the government told us? Furlough for 3 months, 6 months …. 12 months and now 16 months. Can you see what’s happening here?

The only way the vaccines can continue to be given is UNDER A STATE OF EMERGENCY. Otherwise, they won’t be able to use them anymore.

Here is the video from The Prisoner's Channel on Brighteon (8min):