The GSD says that people who are unvaccinated have rights as citizens and should not be put in a position where they cannot see loved ones because they are unvaccinated. The party says that would be “inhumane.”

A statement continued: “The GSD is receiving reports of people who are unvaccinated who are being told they cannot see their parents or relatives at ERS or in the hospital unless they agree to be vaccinated. There are cases where persons who had been able to see a parent undergoing medical treatment in Spain are told that this is no longer possible when they are brought back to St Bernard’s Hospital. There are cases also affecting relatives of residents at ERS. In all the cases reported to the GSD the patients or residents have all been vaccinated so the risk of catching the virus is low given that the Pfizer vaccine is supposed to provide 95% protection.”

Leader of the Opposition, Keith Azopardi, said: “GSD MPs have had the vaccine, we encourage people to do so and we support the vaccine programme. But if someone cannot for medical reasons have the vaccine or chooses not to do so they cannot lose their rights. Still less should they be put in the agonising position that they are told they cannot have human interaction with a loved one because of that position. A balance must be struck so that they are able to enjoy seeing their loved ones while the vulnerable are protected. Extra precautions can be justified in these cases but they should not be banned from seeing their family.

“The Government has said that vaccines are not mandatory. To give effect to that ways need to be found to ensure that people can see their loved ones by taking necessary precautions even without being vaccinated. After all this was happening last year before the vaccination programme began. So why not now when the risks of catching COVID have been dramatically lowered because of the vaccine programme. Precautions can still be taken by mandating COVID tests before visits or the wearing of PPE or isolation of patients being visited by unvaccinated individuals. We urge the Government to reflect on this situation and review the current restrictions with the aid of public health advice.

“Members of staff are having daily interaction with unvaccinated individuals when they leave ERS or GHA. So the risks are still there. There are even unvaccinated members of staff. That brings into focus that while restrictions are understandable, they need to be proportionate and designed in a way that recognises that the vast majority of people are vaccinated. They also need to be designed against the backdrop of the current state of active cases which is being maintained at the lowest levels that COVID has been in this community since the summer.” 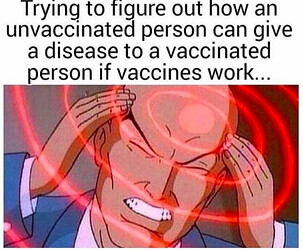 It is good to know that a few members of the political class see where this is going; and that they can apply logic - If the vaccines are supposed to be so effective, then why the Coercion?

Perhaps, they think about the Nuremberg trials - or the future where this EXPERIMENTAL vaccine harmful long-term effects will become known (and the world is seeing plenty of harmful short-term effects).

Why we need a Covid Nuremberg Trial – THE British Medical Journal (BMJ) published an editorial last year that accused politicians and governments of ‘suppressing science’ and of making bad policy based on narrow advice from people with ‘conflicting interests’. Dr Kamran Abbasi, the journal’s executive editor, suggested that since the onset of Covid-19, politicians throughout the world had wilfully neglected international and historical experience on managing pandemics, ignored established scientific advice and their own detailed plans, and followed instead a Communist strategy that has oppressed and harmed their people. All this in a vain attempt to be seen to be controlling the spread of a dangerous novel virus which turns out to be neither novel nor particularly dangerous to healthy people under 80 years old. He judges their collective actions over the past year as so egregious that they warrant an international inquiry along the lines of the Nuremberg Trials.

People in the State of Israel have already filed suit:

Israelis File Crimes Against Humanity Lawsuit Over Coerced COVID Shots, Citing Nuremberg Code – The plaintiffs say threats of job loss, banishment from public venues, and other punishments are being employed to force the injections upon people against their freely given consent.

The UK Human Rights Blog is also addressing the ethics behind compulsory vaccines:

Compulsory vaccination – the next step for Covid-19? – At the moment anyway, there is no legal basis for a mandated vaccination programme in English law. (But) Health Secretary Matt Hancock has refused to rule out mandatory inoculation. Section 3 of the Mental Health Act 1983 permits for the detention of an individual in hospital for treatment if they do not have capacity to give informed consent under the Mental Capacity Act 2005. (UK Human Rights Blog)

So one can see where this is going... if you refuse the vaccine, you'll be classified as a nut-job, because The Establishment is trying all kinds of legal work-arounds to get everyone vaccinated. It's not about health, it's about control.

Vaccination and public/private coercion – There is no doubt that the issue of medical intervention without consent being made mandatory either through private channels has begun to exercise legal minds across the country (like with cruise ships and venues). Such private prohibitions may have almost as broad an effect as the restrictions on civil liberties passed under the Coronavirus Act. Article 8 of the European Convention of Human Rights may form the basis for a claim that enforced vaccinations are a breach of the right to autonomy and bodily integrity. {Pressure to conform is still on the table}. ((UK Human Rights Blog).

The political class will ensure that the Covid-19 jab will be mandatory in all but name.

Beware the tyranny of a forced vaccination– Why is the Government insisting on effectively making Covid-19 vaccines mandatory and taunting us with vaccine ‘freedom passes’, like a jailer dangling keys to a prison door? The Government has hysterically overreacted to Covid-19, destroying our economy and society while doing so. No matter how much it persists with a vaccine programme, it won’t ever escape blame for its catastrophic lockdown policies. Boris Johnson and his junta seemingly take advice only from those would see us subjected to tyranny. Not only did they say that lockdowns are compatible with human rights, but also claimed that the state has a right to arrest people who refuse the vaccine, on the basis of the Mental Health Act.

Their workaround when the private coercion doesn't work is to declare anyone not vaccinated a "danger to humanity".

Why mandatory vaccination is unethical and immoral – Ethically, various codes have been designed to protect us from unconsented medical intervention. The Nuremberg Code set out to ensure no person had medical procedures performed without explicit consent. With the formation of the United Nations came the Universal Declaration of Human Rights. (There are other Acts on the Books to protect against tyranny). These all seek to protect against any "greater majority" who would trample our individual rights.

However, they are only as strong as the will of citizens to uphold them.

The question that needs addressing is whether it is for our "greater good" to have the government make our "informed consent" decisions for us, and then force those decisions upon us.

People who do not remember their history are bound to repeat it. 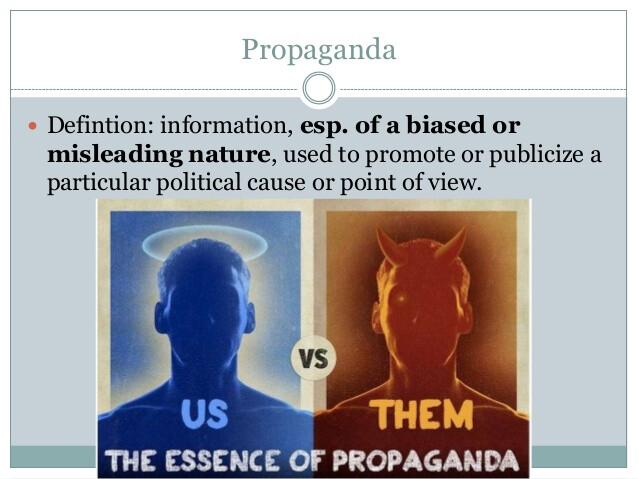 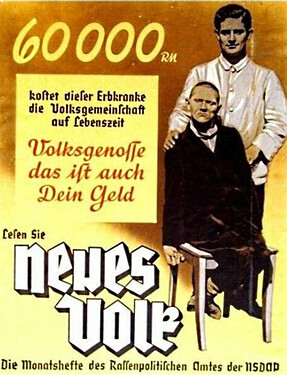 It was a coordinated effort, where propaganda was a means to an end, because they created an “Us vs. Them” in the minds of the people, making it easy for them to kill those categorized in the "Them" category - which included nut-jobs. Nut-jobs were considered a burden to society, but they weren't the only ones, the disabled and retarded were targeted too.

They even went after the autistic, but that's a whole other topic (but you could start here). So when will it be time for them to come after you and your family members - who later they will deem as a burden? Think Mission-Creep.

Hitler controlled the media. Who controls the media in Gibraltar? Does The Chronicle even need to exist, they just publish HMGoG press releases and other mockingbird news.

So the Covid-Control plan very much follows what Hitler did, and why the Nazification of Gibraltar is very real – and happening because no one speaks truth to power. 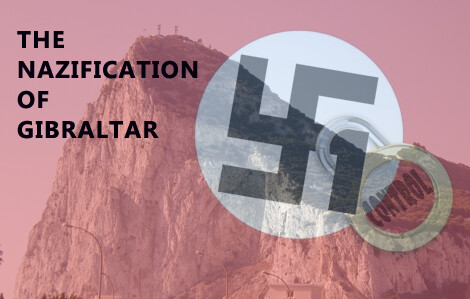 An Analysis of the Techniques of Nazi Propaganda – While Mein Kampf itself was a work of propaganda, Hitler talked about the aims of a propagandist in indoctrinating a population and the importance of ensuring the continued propagation of the propaganda.

{Think of non-stop Covid news. The world has been inundated with it. Even Defending-Gibraltar is hard at work in the information warfare to combat the lies/propaganda the evil Establishment churns out.}

The Nazi party found it effective to translate their ideological notions into narrative events which always depicted an oversimplified Good vs. Evil outlook parlayed over Us vs. Them scenarios, easily accessible and understood by mass audiences.

They made Hitler out to be some sort of Savior, and look at their propaganda about the vaccines saving society. History Repeating.

The next time you want to snitch on your neighbor, ask yourself why are you really doing it? The devil inside you is quick to join the legion and conform to evil; and CONvince you that you are doing good. Open your eyes. Jesus commanded us to love others as He loved us. Love your neighbor; and mind your own business. You are only giving them more power to oppress everyone.

If you feel like picking up your phone and calling the police, like a hysterical woman with no control, instead, go sit on your hands and meditate on The Word of God. Put a Bible in your hands and read The Law.

God's Law is what everyone is really going to live and die by, despite the evil Establishment crafting their workarounds.

Look into the mirror. 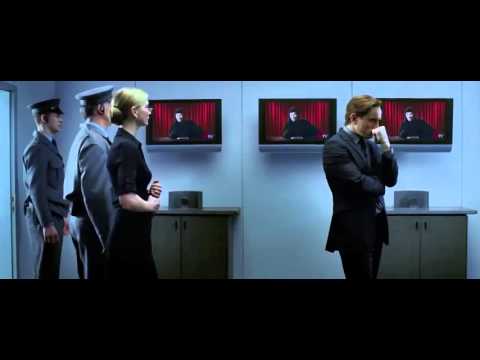 Their workaround when the private coercion doesn't work is to declare anyone not vaccinated a "danger to humanity".

Case in Point: The psychopath Klaus Schwab of the World Economic Forum and Great Reset advocate:

WEF head Klaus Schwab, who looks an awful lot like an aged Heinrich Himmler of the Nazi SS, says humans who refuse to go along with the plan are a threat to everyone else. He, U.K. Prime Minister Boris Johnson, French President Emmanuel Macron, German Chancellor Angela Merkel, and many of the other usual suspects all agree.

Former Pfizer VP: Your government is lying to you in a way that could lead to your death. – He addressed the “demonstrably false” propaganda from governments in response to COVID-19, including the “lie” of dangerous variants, the totalitarian potential for “vaccine passports,” and the strong possibility we are dealing with a “conspiracy” which could lead to something far beyond the carnage experienced in the wars and massacres of the 20th century... "In the last year I have realized that my government and its advisers are lying in the faces of the British people about everything to do with this coronavirus. Absolutely everything."

In another blow to those fighting for freedom the European Court of Human Rights (ECHR) has ruled that mandatory vaccinations are legal and may be necessary in democratic societies. The ruling has …

They are crafty little devils... incrementally changing their "legislation" to fit their needs.

Deut. 4:2 Ye shall not ADD unto the word which I command you , neither shall ye DIMINISH [ought] from it , that ye may keep the Commandments of the "I AM" your God which I COMMAND you .
https://jahtruth.net/nsongad.htm