GSD Calls for COVID Rules to be Reviewed

​GSD calls for COVID rules to be reviewed

The GSD has called for COVID rules to be reviewed, including self-isolation rules, the treatment of unvaccinated people, and continued testing for air arrivals. It says the world of 2022 is very different to that of 2020, and that there is now a case to drop further restrictions.

The GSD says the main testing and isolation scheme was designed in 2020, and that in a post-vaccine world, and given the current situation, the rationale for the stricter rules has now diminished.

Opposition Leader, Keith Azopardi, says the continued testing for air arrivals no longer makes sense, and should stop immediately. He adds "there is a call" to relax self-isolation rules and further shorten periods of isolation, and highlights that in England, the self-isolation requirement even for positive cases is expected to be dropped completely at the end of the month.

Mr Azopardi also says different rules should not apply for unvaccinated people in terms of their access to services or ability to visit relatives in hospital, as COVID can be transmitted whether or not you're vaccinated.

The GSD leader says it's a dynamic situation, so if things change we should be prepared to adapt and if necessary take action in response to any new development - but that for now, it makes sense to restore normality as much as possible, for Gibraltar's social and economic wellbeing.

Gibraltar's participation in Rockefeller's Lockstep Initiative should be very apparent.

And just in case you need a visual that the HMGoG Covid Plandemic was part of the Great Reset, look at this graphic from GoG's "Route Map" – the one they are walking in lockstep with): 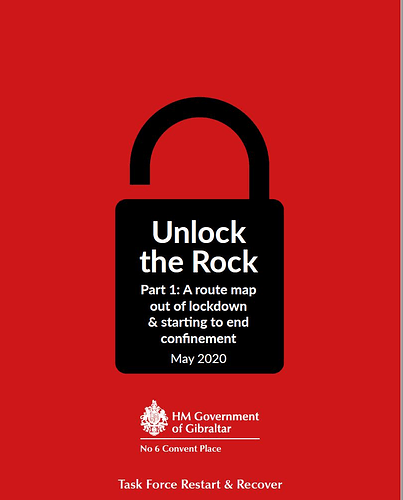 Toward the end of January 2022, the GSD said Gibraltar “must now learn to live with Covid” as it called for a review on the rationale of restrictions and the purpose of testing – TG: Government “Criminalises And Patronises” Our Community Over Lateral Flow Tests - #3 by Cheeky-Monkey

Back in April 2021 – GSD: Unvaccinated People Have Rights Rules around COVID self-isolation will likely be relaxed or removed entirely...

The rules around COVID self-isolation will likely be relaxed or removed entirely next month. In response to GBC questions, the Government said it is reviewing the regulations for both close contacts and for positive cases themselves.

It follows the UK Prime Minister's announcement that he would soon be removing all remaining COVID restrictions.

The Government says a review of self-isolation rules is in progress. A full statement is to be made in the first week of March, which, it says is anticipated to be the most appropriate time to de-escalate remaining measures.

The Government says the Director of Public Health advises the Civil Contingencies Committee, taking into account five daily metrics. It says the positive news is that the number of additional daily cases peaked on the 6th of January - adding that vaccination uptake remains steady, and hospitalisations are low as the vaccine is preventing against the most severe consequences of infection.

In response to GBC questions, the Government says it is considering whether to discontinue the use of masks in shops and on public transport as part of the exit strategy preparations, as well as whether to make LFT at-home kits available over the counter for those who want to continue to take precautions.

The Government says while it reviews policy direction across the UK and Europe, it has its own approach to COVID policy in the best interests of Gibraltar. Therefore, it says, the departure of many parents with children of school age over the winter mid-term break, and their return at the end of February, is a relevant consideration as to the timing of the de-escalation of remaining restrictions. 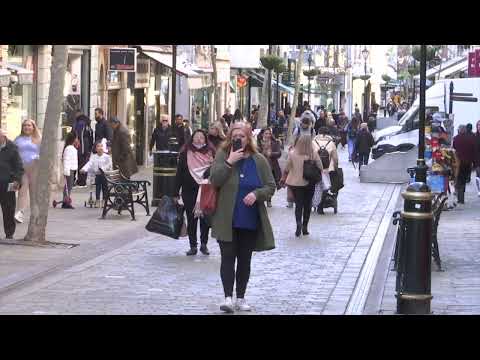