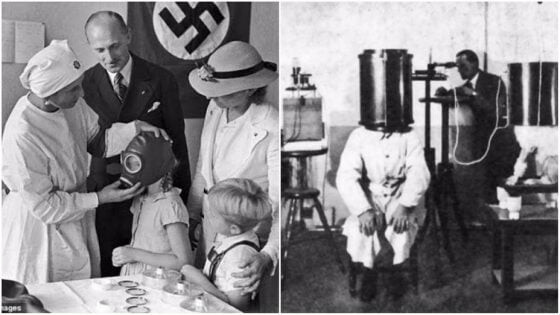 “I thought that we had a kind of consensus on that” Carlson said on Friday.

“I mean, after watching what the imperial Japanese army and the Nazis did in their medical experiments, I thought that American physicians agreed that compulsory medical care was unethical, it was immoral and it could never be imposed on anyone. When did we forget that?”

Carlson’s guest, the virologist and one of the original researchers of the mRNA technology Dr. Robert Malone, responded saying: “Apparently about a year ago, I think yesterday” – referencing the anniversary of Biden’s inauguration in 2021 – “was when we must have forgotten that, although Mr. Biden prior to his election made clear statements that he wasn’t going to force vaccination.”

In December 2020, following his election win, Biden said to reporters: “No, I don’t think [vaccines] should be mandatory. I wouldn’t demand to be mandatory, but I would do everything in my power.”

Carlson has not revealed if he himself is inoculated with the Covid shot but Fox News has set strict rules for its staff.

The popular host’s interview with Malone took place on the day that a Texas judge blocked Biden’s vaccine mandate for federal workers.

“It’s unfortunate that so many federal workers and so many members of our military had been forced to take these products while they’re still experimental, against their will.”

Politicians BREACH The Declaration on Bioethics and Human Rights and Nuremberg Code Left, Right and Center