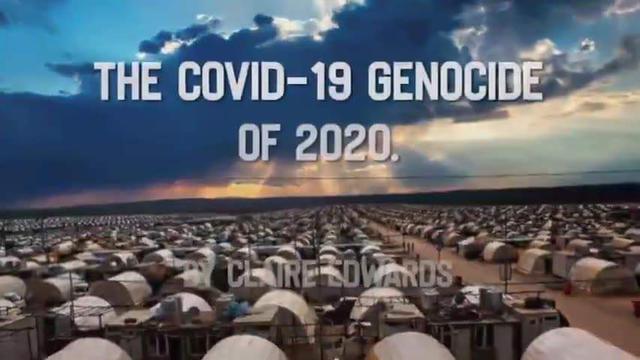 Claire Edwards, October 2020 “COVID-19” was long pre-planned in documents and simulation exercises emanating from the eugenicist Bill Gates and the Rockefeller Foundation. A platform with 200 detailed levels is provid…

“COVID-19” was long pre-planned in documents and simulation exercises emanating from the eugenicist Bill Gates and the Rockefeller Foundation. A platform with 200 detailed levels is provided by the World Economic Forum led by Klaus Schwab, a technocrat and promoter of transhumanism, in order to provide detailed instructions on how the “COVID-19” pandemic is to be used to implement a global monetary reset and digital currency, technocracy and totalitarian government worldwide under the guise of socialism and environmentalism, with China as the model, and enslave humanity through a sinister vaccine conspiracy.

Earlier attempts were made to engineer pandemics but none succeeded. This time, the World Health Organization changed its pandemic criteria in advance so that it could declare a pandemic on spurious grounds. Tedros Adhanom Ghebreyesus, a terrorist and accused genocidist was appointed head of the World Health Organization in order to orchestrate the pandemic and facilitate the totalitarian takeover.

Wireless technology suppresses the immune system. 5G is implicated in COVID-19 through correlations between the locations of the 5G rollout and morbidity/mortality, as well as the prior administration of flu vaccinations in Wuhan and Milan. The symptoms of “COVID” are virtually identical to the symptoms of exposure to electromagnetic radiation (EMR). Extensive military research over many decades was kept secret and regulatory agencies were co-opted in order to prevent the public learning about the extreme dangers of electromagnetic radiation. Doctors receive no training on the risks to health of exposure to EMR and therefore misdiagnose EMR symptoms. Hospitals are extensively equipped with 5G, putting patients lives at risk.

5G serves many purposes. It is a depopulation and military weapon and facilitates the introduction of technocracy and totalitarian control by enabling surveillance, facial recognition, 24/7 monitoring of individuals, mind and body control, and – in combination with vaccines and chemtrails containing nanoparticles – the torture or murder of targeted individuals. EMR can be used to simulate pathogens and overwhelm the immune system and cell phones may be being used to simulate “COVID-19 contagion”among co-workers or family members. 5G has been widely installed terrestrially and in space to target and control populations.

The illegal coronavirus measures were used by governments to accelerate the 5G rollout and install 60 GHz public access points in schools in order to target children.

Illegal legislation has been put in place in numerous countries: