Before many of the bodies you are inhabiting today were born; in this present reincarnation you are experiencing; President John Fitzgerald Kennedy (JFK) warned the world of a plan to enslave mankind, and seven days later, on November 22nd 1963, T.H.E.Y. very publically murdered him in Dealey Plaza, in Dallas, Texas, in a coup d’état by the Nazi controlled CIA (research “Operation Paperclip”) that JFK planned to disband. His murder was orchestrated by G.H.W. “Poppy” (Opium-Poppy) Bush/Scherff, who was a German Nazi spy, sent to the USA by Adolf Hitler, to infiltrate and destroy it and he eventually became its 41st president. https://www.proliberty.com/observer/20070405.htm

JFK is widely quoted as having said: “There exists in this country a plot to enslave every man woman and child. Before I leave this high and noble office, I intend to expose this plot.” - President John F. Kennedy - 7 days before he was assassinated.

The CIA are the world’s second largest drug dealers, second only to the British Monarchy, which is why they set up the 911 false-flag attack, helped and filmed by the Israeli Mossad, as an excuse to go into Afghanistan, to restart the opium/heroin poppy-growing that the Taliban had almost eradicated.

What you are experiencing now, with this fake-pandemic lock-down and mass mandatory vaccination-program, and the roll-out of the 5G surveillance and control active-denial-system, is the implementation of the last stages of their Ashke-Nazi New World Order satanic plan, to enslave and kill-off most of mankind, that JFK warned about and cost him his life.

12 Likes
Trucker Refuses Mask & is Fired: "Will Not be a Collaborator"
MUST SEE: Vaccine Mass Sterilization Depopulation Agenda Revealed on Amazon ‘Utopia’ Show
Irish Savant - Have you had your jab yet?
Maryland cancels ALL COVID restrictions – COVID IS OVER!
UK Government Secretly Tracked Phones of Vaccinated to See if they 'Changed Behaviour'
"People who have been vaccinated are walking bio-weapons".
There Is No Science Behind Continued Lockdowns – Lockdowns Have No Effect on Stopping Spread
Dr. Vernon Coleman: Vital Revelations About How Masks Damage Children (Permanently)
"People who have been vaccinated are walking bio-weapons".
phithx October 26, 2020, 2:51pm #2

The “Deathbed confessions, photos support claims that George H. Scherf(f), Jr., was the 41st U.S. president” Bush/Scherff/Tesla document is a fascinating one and I’ve been meaning to look into if there are new corroborating sources to it.

JFK is widely quoted as having said: “There exists in this country a plot to enslave every man woman and child. Before I leave this high and noble office, I intend to expose this plot.” - President John F. Kennedy - 7 days before he was assassinated.

There doesn’t appear to be a record of this quote anywhere, however he did once say this:

“The very word “secrecy” is repugnant in a free and open society; and we are as a people inherently and historically opposed to secret societies, to secret oaths and to secret proceedings…”

JKF did say this though, in his 27 April 1961 speech to the AshkeNAZI owned and CIA managed American Newspaper Publisher's Association:

"For we are opposed around the world by a monolithic and ruthless conspiracy that relies primarily on covert means for expanding its sphere of influence--on infiltration instead of invasion, on subversion instead of elections, on intimidation instead of free choice, on guerrillas by night instead of armies by day. It is a system which has conscripted vast human and material resources into the building of a tightly knit, highly efficient machine that combines military, diplomatic, intelligence, economic, scientific and political operations.

Its preparations are concealed, not published. Its mistakes are buried, not headlined. Its dissenters are silenced, not praised. No expenditure is questioned, no rumor is printed, no secret is revealed. It conducts the Cold War, in short, with a war-time discipline no democracy would ever hope or wish to match."

Source: The President and the Press: Address before the American Newspaper Publishers Association, April 27, 1961 | JFK Library

The same CIA that JFK vowed to "splinter in a thousand pieces and scatter it to the winds" according to a senior administration official, as reported by the New York Times.

Which is the same AshkeNAZI owned and CIA managed MSM that still controls the overtly false narrative about this alleged COVID-19 "pandemic". 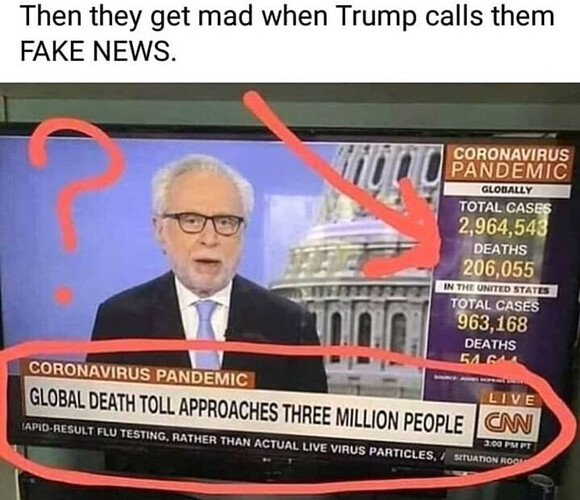 JFK - (perhaps needing to be updated to apply to the present time with no public libraries)
“If this nation is to be wise as well as strong, if we are to achieve our destiny, then we need more new ideas for more wise men reading more good books in more public libraries. These libraries should be open to all—except the censor. We must know all the facts and hear all the alternatives and listen to all the criticisms. Let us welcome controversial books and controversial authors. For the Bill of Rights is the guardian of our security as well as our liberty.

277 quotes from John F. Kennedy: 'The Chinese use two brush strokes to write the word 'crisis.' One brush stroke stands for danger; the other for opportunity. In a crisis, be aware of the danger--but recognize the opportunity.', 'If by a "Liberal"... 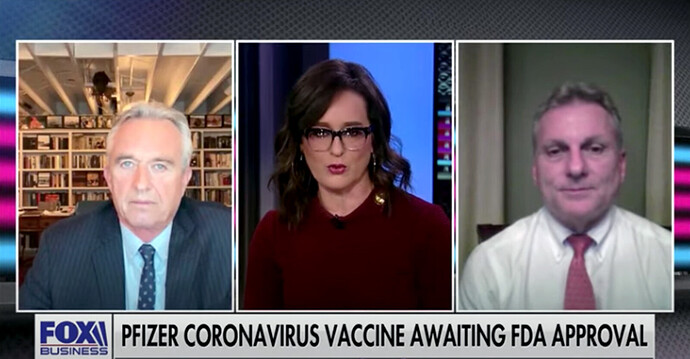 Kennedy explained that vaccine injuries, including neurodevelopmental, allergic and autoimmune adverse events, have long incubation periods that would not be captured in the 45-day window of clinical trials. He also pointed out that Pfizer’s study design does not answer the question of whether or not the company’s vaccine prevents transmissibility which should be a primary goal of any vaccine.

They Are Hiding Noah’s Sons’ Lineages

The evidence exposing these FAKE “Jews” is as irrefutable as it is overwhelming, which is why they’re so desperate to hide the truth any way they can.

FACT: Over 95% of the counterfeit “Jews” today are Ashkenazis, descended from Noah’s son Japheth through his son Gomer. They are NOT descended from Sem/Shem, where all Semites originated (Gen. 10:1-3).

FACT: The overwhelming majority of the remaining 5% or so of the counterfeit “Jews” are Idumean-Edomites, descended from Esau, Jacob/Israel’s twin brother, whom God hated (Mal. 1:3) for despising his birthright (Gen. 25:31-34), and whose corrupted seed God promised to utterly destroy (Obad 1:18). Note well that Esau married two Hittite women (Gen. 26:34), descended from Noah’s son Ham through his youngest son Canaan, who likewise were NOT from Sem/Shem.

FACT: These anti-Christ counterfeit “Jews” are the descendants and converts of those who knowingly, and with malice aforethought, demanded the murder of Jesus, and asked that His blood be on them and their children (Matt. 27:25, Matt. 23:29-33).

Idumeans moved into the Holy Land when Judeans were in captivity in Babylon.

EVERYTHING about the Ashkenazis is counterfeit, including their false claim to be Biblical Jews and Semites. They are, as their name clearly states, descended from ASHKENAZ, the grandson of Noah’s son Japheth (through Japheth’s son Gomer), NOT Noah’s son Shem/Sem. So the AshkeNAZI are Japhethites, NOT Semites and thus have NO Biblical right to one-inch of the land of Israel, that they’ve stolen by fraud from TRUE Israel, with their Rothschild sponsored and co-authored treasonous Balfour Declaration, to set up their counterfeit-Jewish state. The same state that Adolf Hitler was the mid-wife of, because without him and their scam there would be no counterfeit-Jewish state in the land of Israel today.

The same goes for the Idumean-Edomites, who are descended from two Canaanite women, descended from Noah’s son Ham, and are likewise pretending to be something they cannot possibly be.

So their incapacitating slur of “anti-Semitism” is a complete load of nonsense, and a bare-faced LIE, because it is the AshkeNAZIS and Idumean-Edomites (FAKE “Jews”) themselves that are the true anti-Semites. They absolutely HATE TRUE Israel, the British and Anglo-Saxon Americans who actually are true Semites, and thus have set out to enslave and destroy both nations, through their fiat currency, usury and fractional-reserve banksterism, and their mass-murdering war profiteering.

Which brings us to their end game that literally should be of “grave” concern to everyone, especially “Christians”. 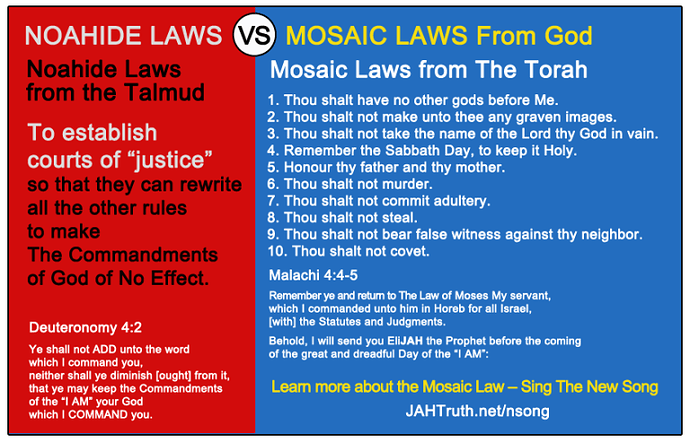 The Noahide Conspiracy: Is Your Head on the Chopping Block?

by A. Freeman, guest writer They say that history is written by the victors, but it isn’t. At least, not anymore. Human history books are written and “revised” by hired hands, paid for by the…

How does this tie into 5G? It''s ALL part of the DEPOPULATION Plan. When people understand whats going on, and who is behind it, they can make rational informed decisions. 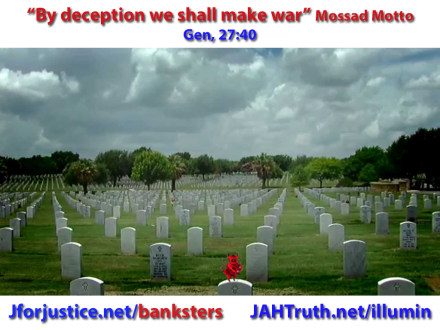 27. “By Deception We Shall Make War” – Mossad Motto

I somehow knew that this Covid thing would be the last thing to achieve their goals...before even reading this with doubt as well..but now i know.

It looks like real action will happen in our life times...like recovering the ark of the covenant..as well as big panic...and i mean a scary big panic which will put faithless people in fear.

And the liars will deceive them with covert means, unless they know about Jah.

I think it will be like a complete Nazi style forced this and forced that scenario, maybe needing a Covid passport to buy this and that etc...

They will do everything in their might to achieve their goals, and covid is one of many plots, but God will NEVER allow them to fulfill their Build Back Better or NWO, or whatever they are calling it now. They will try their best to destroy everything God made and "Turn everything upside down", adding fuel to the fire of mayhem and chaos. Whatever is in their path that doesn't conform to the bull that they are serving, they will try to destroy, dismantle, disarm... The end goal for them will pass away with ALL of their evil and unbearable plans.
You are right we have to fight or submit. And, if God is telling you to go to Ireland to fight for the Ark of The Covenant to be recovered, what a wonderful place to be... (where God wants you)...
Remember that God will never put something on your back that you cannot bear.
He is with you always, knowing what your needs are before you can realize them.
And He will guide you safely , doing His will.
You would do well to ask JAH about this

B
Peace be with you
LLTK LLTF