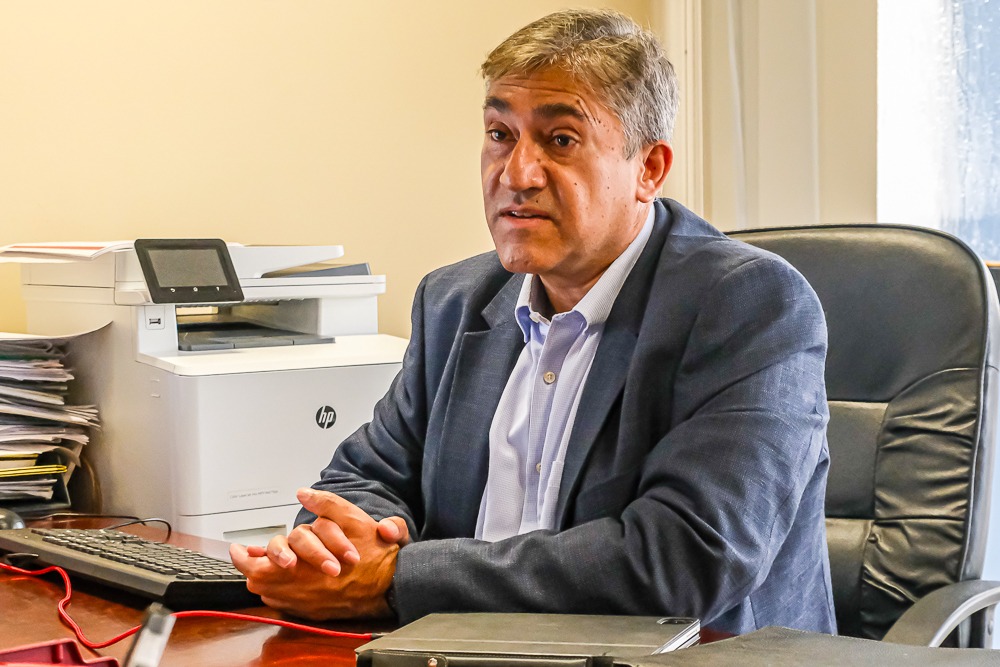 The former Director of Public Health, Dr Sohail Bhatti, has instructed lawyers to initiate legal action against the Gibraltar Health Authority over what he claims is a substantive breach of contract. Dr Bhatti’s lawyer, Suresh Mahtani, said his ...

The former Director of Public Health, Dr Sohail Bhatti, has instructed lawyers to initiate legal action against the Gibraltar Health Authority over what he claims is a substantive breach of contract.

So far there is no claim filed in court, but a pre-action letter has been sent and the GHA has 28 days to respond.

On Tuesday, Dr Bhatti told the Chronicle he was “deeply, deeply disappointed it has come to this”.

He declined to go into detail on the nature of the dispute at this stage, other than to claim the GHA as employer had failed in its duty of care to him.

Dr Bhatti left the post of Director of Public Health in July 2021 after his contract was not renewed.

At the time, the Gibraltar Government said the decision not to renew his contract was part of a plan to eventually ‘localise’ the role, which is currently being filled on an interim basis by Dr Helen Carter.

Asked for a reaction to Tuesday’s development, the GHA said: “As of this moment nothing has been received by the GHA from either Dr Bhatti or lawyers on his behalf in relation to any claim against the Gibraltar Health Authority.”

TG Questions Government’s Non-Renewal Of Dr. Bhatti’s Contract – 5 August 2021 – Together Gibraltar says it has come to their attention that the person taking over from Sohail Bhatti “is not a local individual”.

Part of his dismissal (contract not being renewed) could also be karma for his actions while in the position:

Blind Bhatti Leading Gib Into The Pit with His Incantations 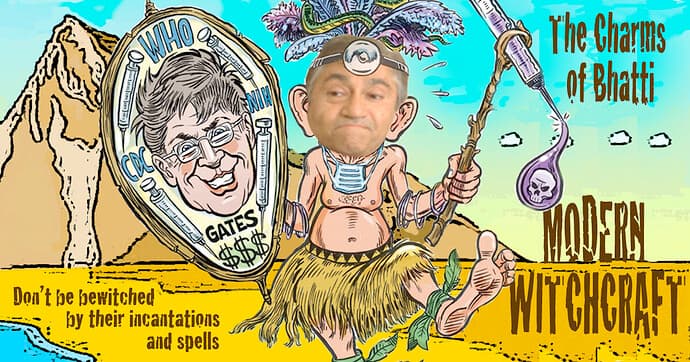 Relations between Government & former Director of Public Health have...

Relations between the Government and the former Director of Public Health have soured, ahead of a possible legal battle.

Following comments by Dr Sohail Bhatti to GBC, Number Six says they have not taken any legal action in the UK to limit any reporting of potentially life-threatening issues in Gibraltar.

The Government has confirmed it has instructed solicitors in Gibraltar to defend a claim made by Dr Bhatti for hundreds of thousands of pounds of additional remuneration. 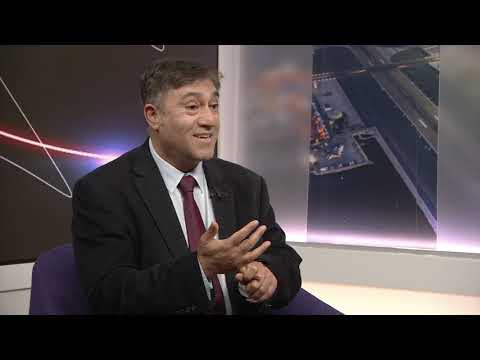 Dr Sohail Bhatti was Gibraltar’s Public Health Director for much of the pandemic, until late 2021. Last September, the Chief Minister presented him with the Gibraltar Medallion of Honour in recognition of his "extraordinary contribution".

Last week, Dr Bhatti admitted on Viewpoint that something changed in his relationship with the Government towards the end of 2020.
After his interview, he told GBC he believed solicitors in London had been instructed by the Government or the GHA to issue an injunction - or gagging order - against the professional regulatory bodies in the UK that might seek to escalate any reporting by Dr Bhatti of potentially life-threatening issues in Gibraltar during his time in post.

He is now working in Slough, in the UK and is is due to do an annual professional appraisal, which is is required of all doctors registered with the General Medical Council (GMC). GBC understands this would be in the UK with an officer from the Faculty of Public Health.

Dr Bhatti says an appraisal is meant to be a confidential discussion amongst professionals, “but where issues of potential life-threatening findings are discovered regulators may feel the need to raise matters to a higher authority”. He has condemned any legal action which may have been taken that would prevent this.

He says “The GHA and Ministry cannot hope to improve if they limit honest, open and transparent discussion of mistakes, errors and oversights”. Dr Bhatti said “secrecy is the enemy of safety as the airline industry found decades ago”.

He said reviews and investigations of adverse events are routine in the UK, where the system learns from its mistakes. He alleges that this learning “is absent in Gibraltar in the GHA”.

… But, in response to GBC questions, a spokesperson for Number Six said: “No such action has been taken, either as GHA or as HMGoG”.

Last week GBC revealed that Dr Bhatti may be taking legal action against the Health Authority for alleged breach of contract.

However, the Government has confirmed it has instructed lawyers to defend the claim made by Dr Bhatti for what it says is almost £500,000 of additional remuneration. The Government says Dr Bhatti claims he is due this money because he worked long hours during the pandemic. A spokesperson for Number Six said these monies are being claimed over and above the 20% additional allowance that Dr Bhatti was already paid for COVID-19, which was on top of his salary of £191,122.30.

The Government says it will defend any claim brought by Dr Bhatti.

In response to the allegation that it might be seeking to gag the UK professional regulatory bodies that might seek to escalate any reporting by Dr Bhatti of potentially life-threatening issues in Gibraltar during his time in post, the GSLP-Liberal Government says it was the alliance “that introduced Gibraltar’s affiliation to the GMC and the aspects of regulatory benefits that this provides healthcare in Gibraltar”.

Dr Bhatti told GBC the sum he is claiming is £440,000, which he believes is fair based on what the Acting Medical Director got paid and the hours he knows he worked over three years, as evidenced by his diary. He stresses his contract was drafted before the pandemic.

In any case, Dr Bhatti says the dispute is not about money per se but about a Job Plan. The British Medical Association (BMA) says a clinical contract of employment - such as Dr Bhatti’s - should include a Job Plan: an annual agreement that is supposed to set out duties, responsibilities and objectives for the coming year, including specific pay arrangements negotiated for undertaking extra work.

According to Dr Bhatti, his requests for a Job Plan were repeatedly ignored whilst other consultants had theirs agreed. His position is that a Job Plan can be agreed retrospectively, but this has to be based on the work done.

Dr Bhatti says the GHA responded to him “immediately after” his Viewpoint interview on Thursday and says he is surprised that the response is being led by Gilbert Licudi QC. He points to the frequent contact and “extensive interaction” he had as Director of Public Health with Mr Licudi when he was the Minister for Education, the Port and the University. Dr Bhatti asks: “Can’t a firm as large as Hassan’s find someone without that conflict of interest?”

The Government and Mr Licudi have so far declined to comment on this aspect. 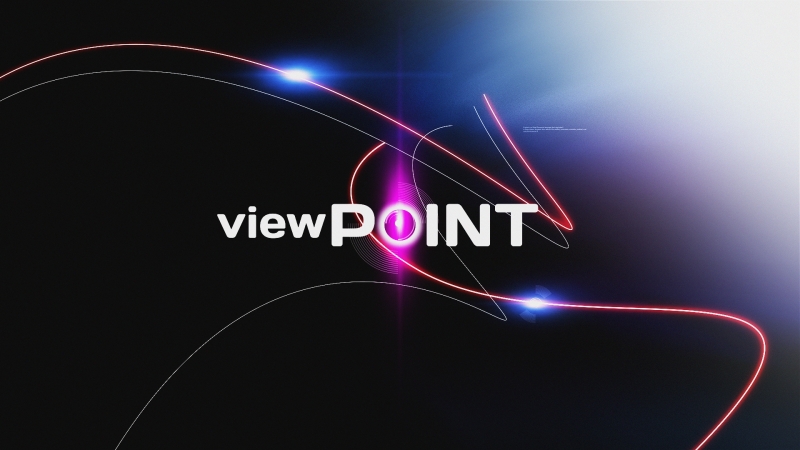 Thought this was interesting – Vicky Bula's take on the situation:

• Dr Bhatti wants another £450,000 plus interests in a claim against the government.

• Dr Bhatti now wants a retro job plan so that he can claim monies he believes is owed to him ....

• Does Dr Bhatti think we are all barking mad?? As well as infantile ???

• Whilst Dr Bhatti threatens the Gov with his annual report to the GMC, what about his own open, transparent meetings that have not been held in the time he was the Director of Public Health ??? ...

• Where can we find information on last year's report or the previous three years of his so called reporting ?

• Has Dr Bhatti’s previous reports contained information about life threatening issues in his placement as Director of Public Health of Gibraltar?

• Why doesn't he pledge to give all of the money resulting from his claim to charity if it's not about money per se ?

• Dr Bhatti thinks that now that he’s no longer in post .... he can dictate what should and shouldn’t happen in the GHA, by way of professional standards .... don’t make me laugh this is coming from someone who confirmed to me “that in Gibraltar we do not follow advice from anywhere” now he wants to start taking about what should and shouldn’t happen in the GHA, when his own roles, responsibilities and obligations were being neglected as the chairman of the Gibraltar Medical Registration Board..... if he thinks that he is going to make money from the tax payer adding hours for a massive job that should have already been properly managed , he has another problem to deal with ......

Bhatti lost favor with Gibraltarians long ago. Perhaps, HMGog needed someone with more credibility or that would continue to walk lock-step with the evil plan.

And his evil deeds have been featured on DG a lot, especially @Gibmessenger calling for him to be arrested and sued.

Bhatti says it's not about the money – but it is when it looks like his demands are a bribe - an amount to keep him quiet.

He won't come forward as a whistleblower, because he would stand to lose financially for breaching an NDA.

If it is not about the money – Bhatti should come forward about the preventable deaths and adverse reactions he spoke of – this would be in the public's health interest.

Want redemption Bhatti? This could be your start. Your evil deeds are being recorded, perhaps you want to get some good deeds logged into your heavenly record.

Interesting what was said and not said. 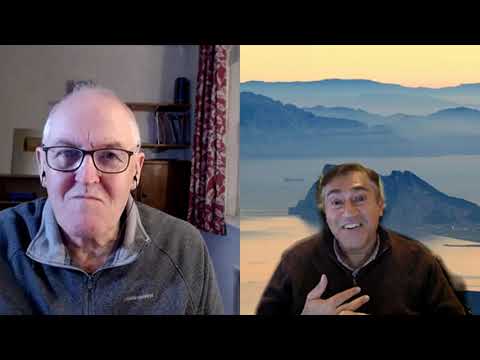