The Mediterranean and the Black sea are already the most overfished regions on the planet. The Council of the EU's fishing quotas are decided in secret, often ignoring scientific advice.

Once a year, representatives of the 27 member states on the Council of the EU meet to set the bloc’s fishing quotas. The decisions are made behind closed doors, often ignoring scientific advice. This process is contributing to the depletion of fish stocks in Europe’s seas.

This is just one documented instance where national governments failed to protect the public interest by safeguarding environmental sustainability. According to the UN’s Food and Agriculture Organisation, 62.5% of fishing stocks in the Mediterranean and the Black Sea are overexploited, making them the most overfished regions on the planet.

Behind closed doors in the Council, national governments are free to agree on quotas and catch limits that significantly exceed sustainable levels.

Spain also successfully fought to overturn initial Commission proposals to substantially reduce allowable quotas for some species. For example, hake fished in Spain’s southern waters was eventually reduced by only 21.5% for 2016, compared to a 60.5% reduction which was initially proposed.

Coastal fishermen — who are forced out of their livelihoods when their catches dwindle — also lose out.

Overfishing has been a problem for a long time: 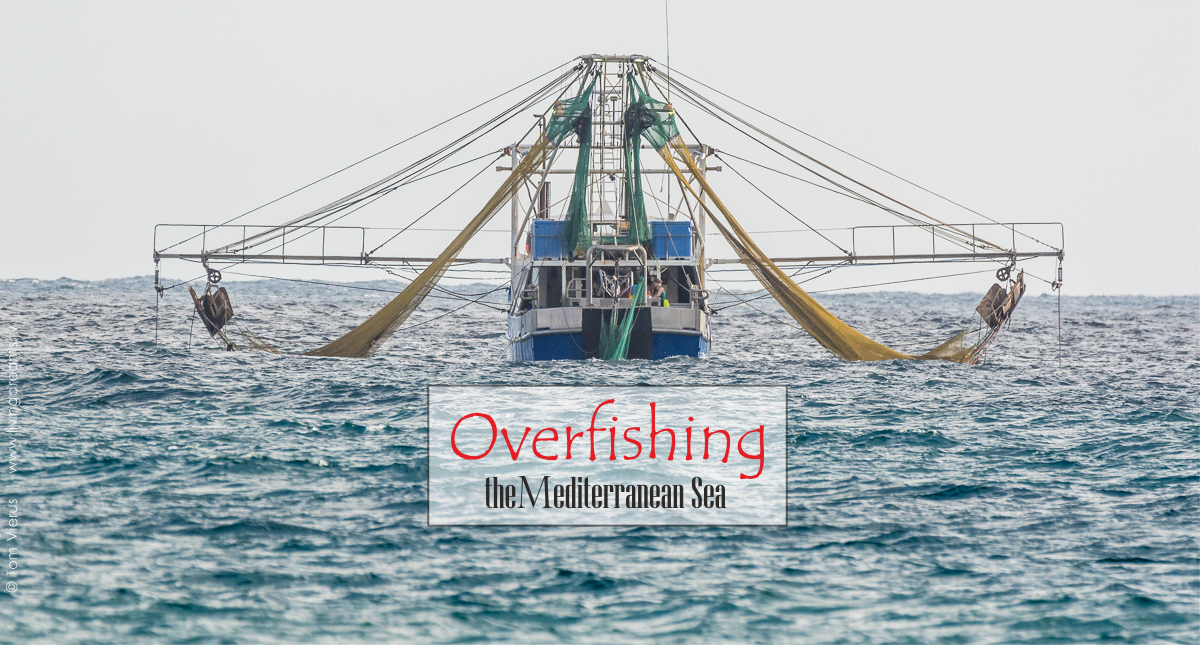 Overfishing the Mediterranean Sea | Common Fisheries Policy of the EU

Overfishing describes the process of taking out more fish out the sea than can naturally be reproduced. If fishing pressure is too high, i.e. to many vessels are out at sea and simply fish too much, a big portion of a particular fish stock may... 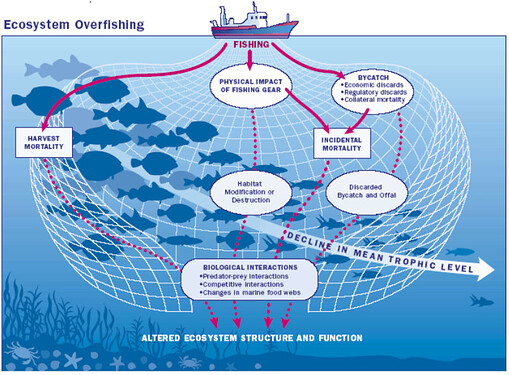 2 Edras 6:22 (ii) And suddenly shall the sown places appear unsown, the full storehouses shall suddenly be found empty: – The Signs of the End Times.

Spain and Portugal renew the bilateral fisheries agreement for the management of fishery resources in waters bordering the two countries
World Oceans Day June 8
WWF Blue Panda Ship continues its efforts to save the Mediterranean
Cheeky-Monkey May 18, 2021, 10:56am #2

The Gibraltar Tuna Fishing Group (GTFG) has welcomed the increase in the tuna catch quota announced by the Government...

“Recent evidence especially from the International Commission for the Conservation of Atlantic Tuna (ICCAT) suggests that the population of Atlantic Bluefin Tuna (ABT) is firmly on its way to recovery. This had led to several large-scale increases in the total allowable catch ‘TAC’ of each member state under ICCAT. It is therefore only just that Gibraltar should also see an increase after 3 years of an unchanged quota of 15.5 tonnes.

Some background on the 3-year increase:

Accordingly, in 2018, ICCAT moved from the recovery plan to a management plan (Recommendation 18-02), which entered into force in June 2019. 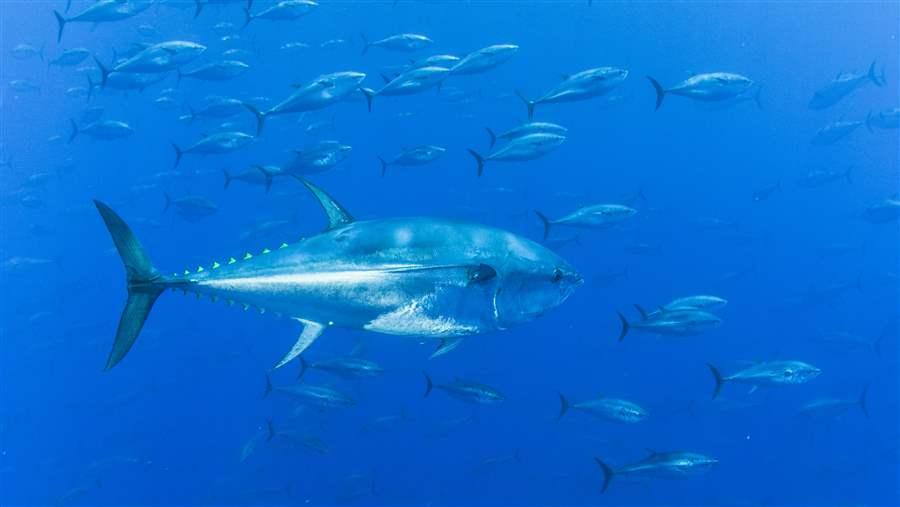 The population of the iconic western Atlantic bluefin tuna—the giant fish featured in fishing reality shows and at the top of many sushi menus—has declined and is experiencing overfishing, according to a new stock assessment by scientists at the...

The last assessment was conducted in 2017, ICCAT’s scientists explained to fishery managers that the quota the Commission was set to adopt for the western Atlantic Ocean—2,350 metric tons—would lead to a decline in the western bluefin population and would necessitate a lower quota in 2020.

However, Commission members ignored that warning and raised the quota. And the latest assessment shows that the population has indeed declined—by an even greater magnitude than scientists expected.

Interestingly, the decision to boost the quota didn’t even pay off economically. The price of bluefin has declined in recent years, likely due to a substantial oversupply in the global marketplace—and that was before the market impacts related to the ongoing COVID-19 pandemic.

Over the next eight weeks, ICCAT member governments will negotiate western bluefin quotas and decide on a quota for next year and possibly beyond.

The only government proposal on the table—from the U.S.—does not specify a 2021 quota recommendation. This leaves the door open for a rollover of the existing limit of 2,350 metric tons, which the science clearly states would result in a 94% chance of overfishing that year.

That said, a proposal from the chair of ICCAT’s subsidiary body charged with negotiating bluefin catch limits, to adopt an interim total allowable catch (TAC) for 2021, has at least a 50% chance of ending and preventing overfishing. Although that’s not a high probability of success, it is significantly better than the 6% chance under a quota rollover scenario.

ICCAT must stop raising quotas at the slightest sign of good news, as it did in 2017, and opposing decreases when the news is unequivocally bad.

Read the article at link.

And WEF wasn't happy about ICCAT 2017 decision either:

As a conservation organization working to protect our oceans and its marine life, It would be a privilege for us to be able to say the…

The Brexit Deal – How it affects fisheries The Brexit Deal: How it Affects Fisheries — All Party Parliamentary Fisheries...

This article gives an overview of what the EU-UK Trade and Cooperation Agreement means for the UK fisheries sector - covering quota transfers, access to waters, sustainability, trade, and responses from the industry.

The deal has significant implications for the fisheries industry, particularly in terms of fishing rights, access and trade.

Our fish are as sovereign as Gibraltar | BrexitCentral

No offence, but Gibraltar wouldn’t usually figure much in the minds of our fishermen. In the normal course of events, Spanish efforts to assert shared sovereignty over the Rock might as well be yet another “quarrel in a far-away country between...

From Spanish/Gibraltar Spats to UK/French spats, fishing is big industry. And the one thing about big industry is "it will sacrifice the environment for profit." Of course, it's puts the blame on humans instead of corporations.

Johnson’s got a lot to answer for on fishing

Johnson’s got a lot to answer for on fishing

What he has done is put the UK fishing industry in a terrible position, giving the EU huge advantages over the next five years (no doubt for someone else to negotiate in a weakened position in 2026), meanwhile keeping us within the Common Fisheries Policy system and preventing our coastal communities from using our nation’s resource to lift themselves out of their depressed state.

Why are we still letting the EU plunder our fishing waters?

Why are we still letting the EU plunder our fishing waters? | The...

Why are we still letting the EU plunder our fishing waters?

Check out these and more article concerning the UK on The Conservative Woman.

Elías Bendodo, the Minister of the Presidency, Public Administration and Interior, today, Monday 24, visited the facilities of fishing companies Gadira and Frialba in Barbate, Cadiz, to show the Board’s continued support for the fishing sector in Andalucia, especially those in the tuna fishing industry in Cadiz.

"These are our waters and we want them back” 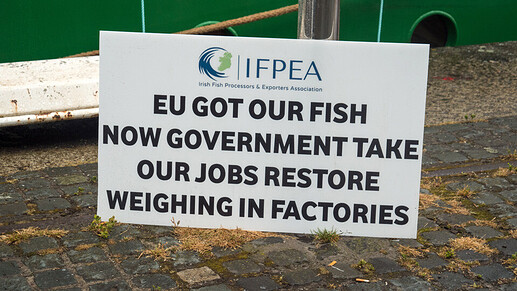 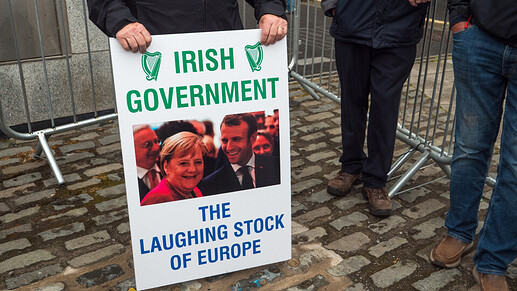 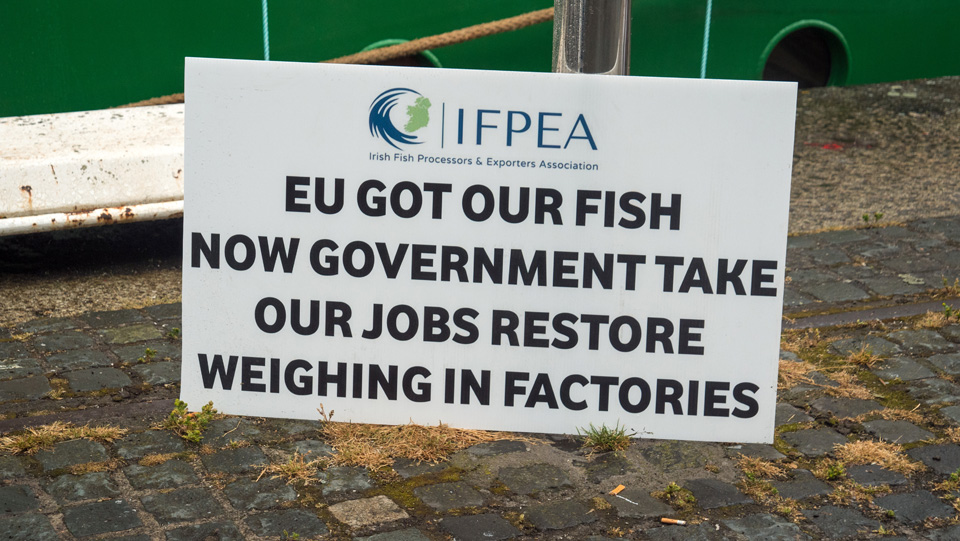 PHOTOS: Fishermen and their families protest in Dublin

Irish fishermen sent a flotilla of around 100 trawlers up the River Liffey in the centre of Dublin on Wednesday in protest at being hit harder ...

Under the deal reached late last year, Ireland will lose around 15% of its fishing quota share by 2026 as a result of a quota transfer from the EU to Britain, according to Irish government data.

POLITICS – Ireland should have never joined the EU 4th Reich in the first place. The Bluefin tuna fishing season has been suspended until the 6th of August.

The Department of the Environment reminds anglers that the capture and landing of any Bluefin tuna is not allowed while the season is closed. It says its Environmental Protection and Research Unit, along with other authorities, will be monitoring activity at sea and at the marinas during this time.