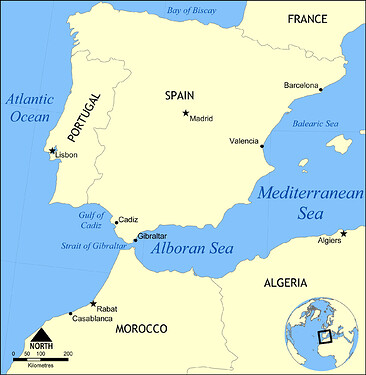 Luis Planas and the Portuguese Minister for the Sea, Ricardo Serrao Santos, signed the renewal of the fisheries agreement in Luxembourg that will govern the fishing conditions of Spanish and Portuguese fleets in the waters bordering the two countries.

It also includes authorisation to land in Spanish and Portuguese ports, irrespective of where the first sale will subsequently take place. Vessels shall pay the fees of the country of landing and accompany the catches with a transport document to the place of first sale.

Among other aspects, technical measures are included, such as the prohibition bottom trawls with rollers and rockhoppers in Spanish waters; the harmonisation of management measures, such as the biological closure for trawling in autumn in the Gulf of Cadiz...

These measures respond to the demands of the Spanish sector, especially the trawl fleet of the Cantabrian North West and the coastal and trawl fleets of the Gulf of Cadiz, which had been asking for a stable and lasting agreement on equal conditions with the neighbouring country's fleet.

About Spain's Fishing Rights – Fishing to this very day is still important in Spain. Until the 1980s, Spanish boats, supported by a fleet of freezer boats, went out fishing into the fishing grounds. This way, the fish could be evenly distributed among markets at reasonably low prices. This continued until other people saw how their fishing resources were being exploited without any monetary compensation, so they decided to increase their aquatic territory area to 2000 nautical miles in the Sea Convention, supported by the United Nations.

From then on, Spain has had no choice but to negotiate with the other countries, coming to convenient agreements so that both sides can continue to fish in these aquatic areas. These negotiations with various EU (European Union) countries are still ongoing due to the EU's view that it is the European Commission's job to negotiate fish allocation quotas along with fishing boats, for those countries that use them, bringing fishing into common political debate. 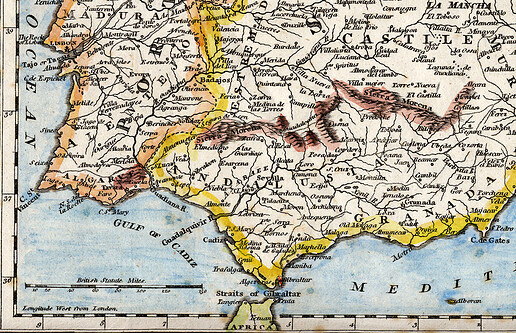 Fishing is a longstanding tradition on the Andalusian coasts – Fish and other seafood have long figured prominently in the local diet and in the local gastronomic culture: fried fish, white prawns, almadraba tuna, among others. The Andalusian fishing fleet is Spain's second largest, after Galicia, and Andalusia's 38 fishing ports are the most of any Spanish autonomous community. Commercial fishing produces only 0.5 percent of the product of the regional primary sector by value, but there are areas where it has far greater importance. In the province of Huelva it constitutes 20 percent of the primary sector, and locally in Punta Umbría 70 percent of the work force is involved in commercial fishing.

Failure to comply with fisheries laws regarding the use of trawling, urban pollution of the seacoast, destruction of habitats by coastal construction (for example, alteration of the mouths of rivers, construction of ports), and diminution of fisheries by overexploitation have created a permanent crisis in the Andalusian fisheries, justifying attempts to convert the fishing fleet. The decrease in fish stocks has led to the rise of aquaculture, including fish farming both on the coasts and in the interior. 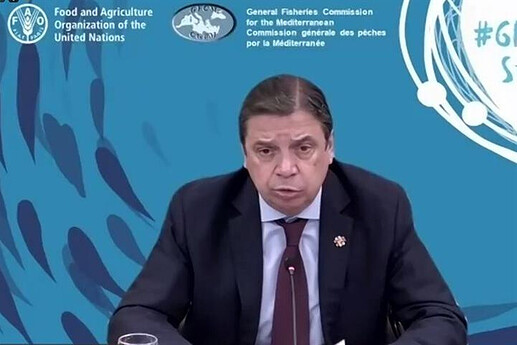 Luis Planas: "Spain will exercise responsible leadership in sustainable fisheries in the Mediterranean"

The Minister for Agriculture, Fisheries and Food, Luis Planas, has taken part in the high-level meeting chaired by the Director-General of the Food and Agriculture Organisation of the United Nations (FAO), Qu Dongyu, the European Union Commissioner for the Environment, Oceans and Fisheries, Virginijus Sinkevičius, and the President of the General Fisheries Commission for the Mediterranean (GFCM), Roland Kristo, under the title "A new vision for sustainable fisheries and aquaculture in the Mediterranean".

The meeting, which was held by videoconference and brought together 16 fisheries ministers and 9 high-level representatives from countries of the Mediterranean basin and the Red Sea, served as a framework to present the adherence to the new 2030 Strategy of the General Fisheries Commission for the Mediterranean (GFCM), aimed at the sustainability of fisheries and aquaculture in the entire region.

In this regard, the Minister for Agriculture, Fisheries and Food stated that "Spain is renewing its commitment to fisheries sustainability with its support for the 2030 Strategy of the General Fisheries Commission for the Mediterranean".

"Spain is renewing its commitment to fisheries sustainability with its support for the 2030 Strategy of the General Fisheries Commission for the Mediterranean".

What is the GFCM?