And hopefully it comes sooner, rather than too late, while there is still time given for people to repent: 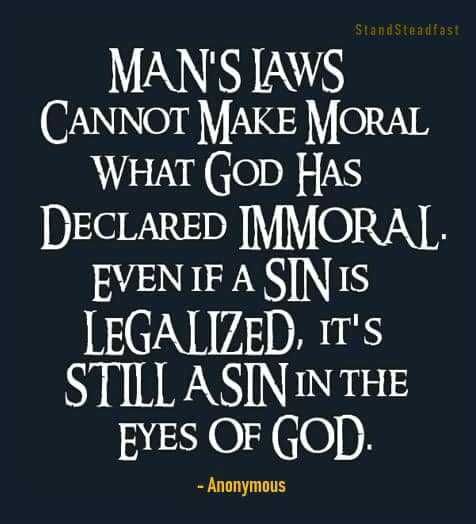 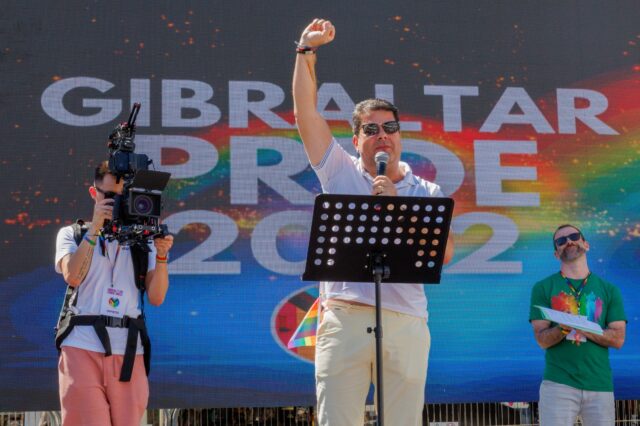 Pride celebration signals 'no reverse gear' for equality on the Rock

Rainbow colours filled Casemates on Saturday as Gibraltar marked its first-ever full-scale Pride event, with members of the LGBTQ+ community and people from across the Rock celebrating the occasion.

The event was marked by entertainment, speeches, stalls, competitions and music throughout the day, underscoring the Pride message of equality, inclusion and acceptance.

Chief Minister Fabian Picardo was the first of many speakers to address those in attendance and said: “Thank you for your patience as Gibraltar caught up with the rest of the world.”

“Thank you for your partnership as we’ve worked together to ensure that all LGBTQ+ rights are respected in Gibraltar.”

“Thank you for understanding that even as we try to ensure that we do the right thing, we had to do things sometimes a little slower than we would want.”

“We’ve been delayed in the past few years, and we don’t always get things right.”

“But we carry on talking, we carry on working together and we make sure that we will get to the place that we need to get because our hearts are rainbow hearts,” Mr Picardo added.

“As we progress, some parts of the world are going backwards.”

“On issues relating to equal rights, Gibraltar has no reverse gear, it’s only forward.”

Mr Picardo added that even when he is no longer in office, he will be a stalwart ally of the LGBTQ+ community.

“Whoever tries to engage reverse gear has to go through us and me before they get to you,” he said.

Speaking on behalf of the Governor, Vice Admiral Sir David Steel, who was unable to attend, John Peace, a member of the organising LGBTQ+ Committee, read a message and addressed the crowds.

“Gibraltar, like the United Kingdom, embraces diversity, tolerance and understanding,” he said, reading the message.

Pride celebration signals 'no reverse gear' for equality on the Rock

The Mayor of Gibraltar, Christian Santos, spoke of the importance of holding such events on the Rock.

“Here in Gibraltar we are lucky, a lot has changed in the last 10 years with regards to policy and law,” he said.

Mr Santos said that although members of the LGBTQ+ community have equal rights legally, “socially there is still work to be done.”

“We still face people’s negative opinions, or bullying, because of our sexual or gender identity. This is a small minority, but it still exists,” Mr Santos said.

“What we strive for is not to be tolerated, it’s to be accepted.”

Minister for equality, Samantha Sacramento concluded the speeches as the crowd were almost ready to go on the Pride march through town.

“It is absolutely brilliant to see Gibraltar awash with the rainbow flags and rainbow colours,” she said.

“Everybody who is LGBTQ+ is a Gibraltarian first and foremost and we are here to ensure that everyone is always included, the rainbow flag represents diversity, and it represents harmony.”

“Here in Gibraltar we are lucky, a lot has changed in the last 10 years with regards to policy and law,” he said.

I bet and for the worse. Hasn't debt increased? A rogue gov't dividing people more and more.

“It is absolutely brilliant to see Gibraltar awash with the rainbow flags and rainbow colours,” she said.

Yes, the colors are lovely, but not for this purpose.

And the image of Picardo on the podium cheering for Gib Pride 2022 is beyond belief. A heterosexual man openly supporting and cheering for homosexuals. That is beyond cool!

A scheme that aims to create a more welcoming environment for the LGBTQ+ community is being rolled out across Gibraltar by the Royal Gibraltar Police.

“Ask for Clive” is a UK-based charity that puts large stickers in a visible location in venues such as pubs, bars, restaurants, gyms and hairdressers to promote inclusion and to let people know that discrimination will not be tolerated in that establishment.

The “Ask for Clive” charity was founded in 2019 in response to the rise in homophobic and transphobic incidents in the UK. For more information visit https://askforclive.com 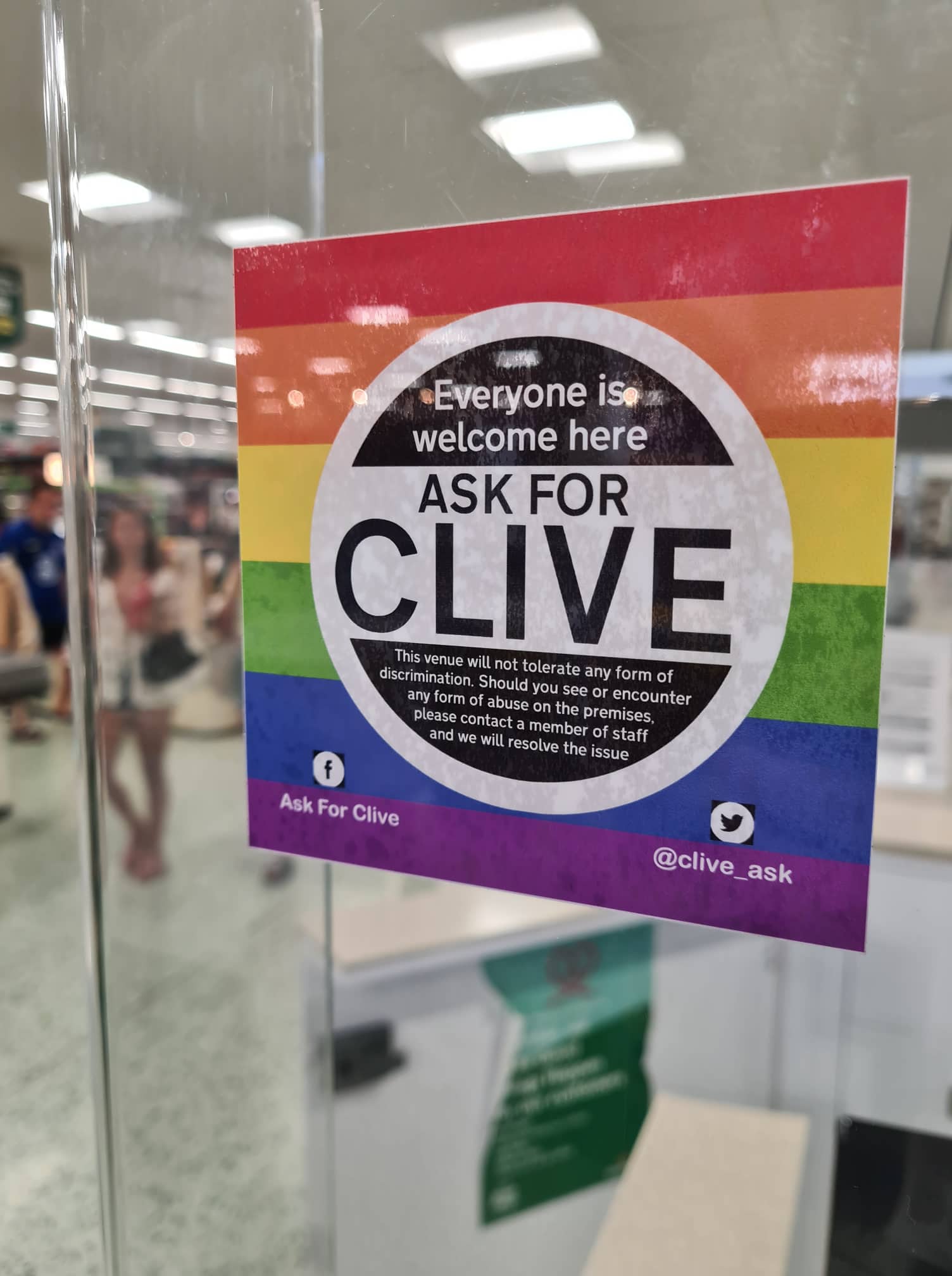 A scheme that aims to create a more welcoming environment for the LGBTQ+ community is being rolled out across Gibraltar by the Royal Gibraltar Police. “Ask for Clive” is a UK-based charity that puts large stickers in a visible location in ven...

Coming to Gibraltar soon (if not stopped): 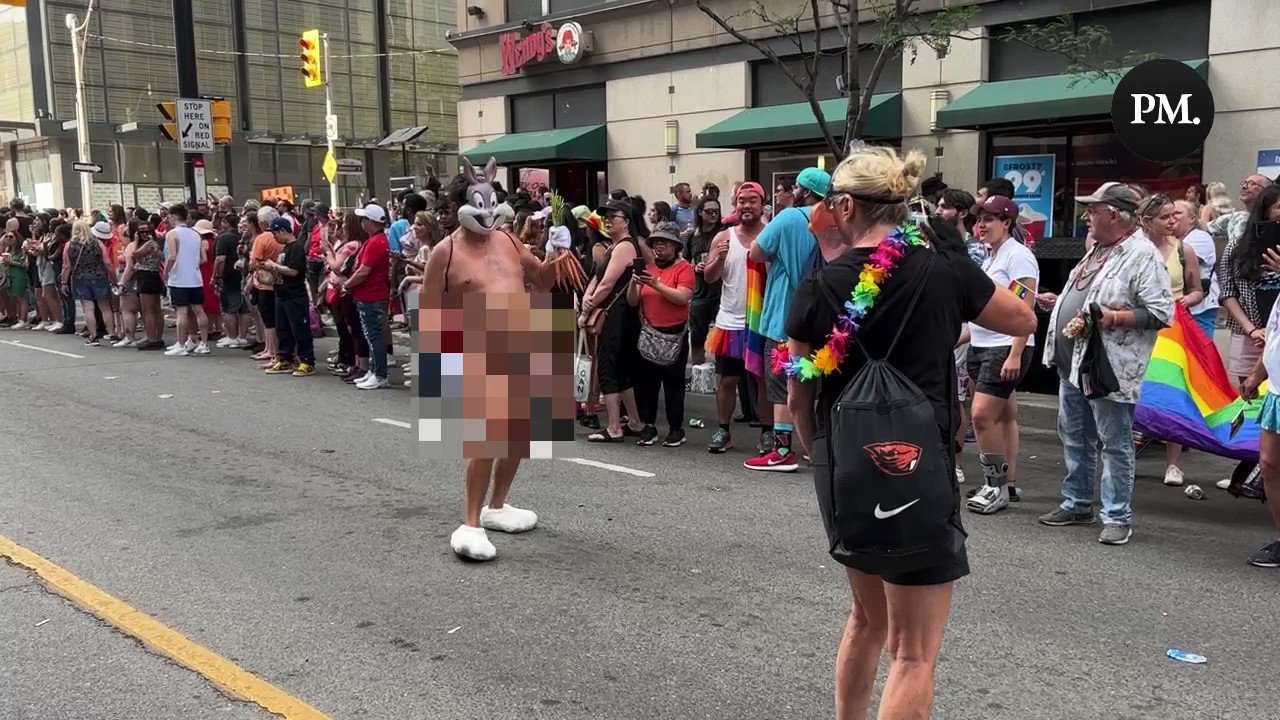 @
A naked man in a Bugs Bunny mask hops through the Toronto Pride Parade, which has many children in the audience. Footage by @PuffinsPictures
be1 June 27, 2022, 2:07pm #49

Yes Gibraltar keeps diggin G itself into a ditch. It will continue to get worse under man made legislation.

One assumes he is a heterosexual man, maybe he plays that role, or if he is, he is just as bad for promoting the queer agenda

At least in America, it is divided into different States where people can relocate to and remove themselves by going into a State that will not tolerate that behavior. But, Gibraltar is small and better watch out before it turns into a Florida Key West. Once the queers find out that Gib is a "diverse" location they will swarm in like flies on a cow dung pile. Transgenderism will be next. Picardo looks like a queer with fist raised on the podium and having a wife and children does not exonerate him. Sodomite bars are filled with married men cheating on their wives.

Nowhere to run, nowhere to hide from you 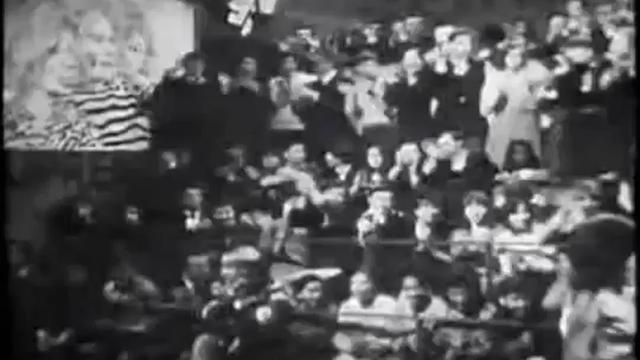 At least in America, it is divided into different States where people can relocate to and remove themselves by going into a State that will not tolerate that behavior.

Its not that easy for someone to relocate themselves.

It cost $$$./ time/ jobs, etc...
And to find somewhere that one can afford isn't what it used to be. Many places require 3-4 times the rent upfront, (a few grand to get in), and a majority of the people don't have that. Many banks and foreign corporations have not only bought houses and buildings, but entire towns. The white man is in big trouble.
Right now rents all over the country are going up over 30%. Florida is a good example as many areas have gone up close to 40%.
And even though a State may be against LB whatever? Does not mean they are going to enforce it. When do they ever inforce anything that doesn’t CONform to their needs?

Providence Rhode Island is another key west, but So are **THE LIBRARIES

Nowhere to run, nowhere to hide from you 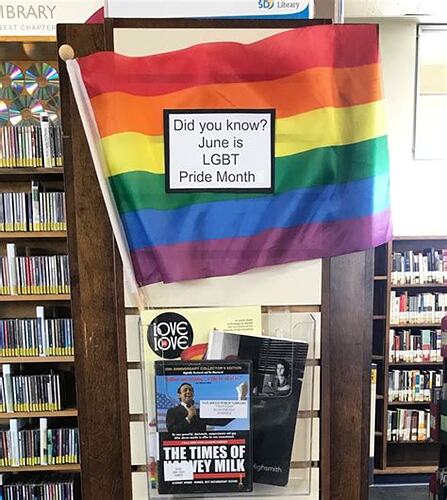 Its not that easy for someone to relocate themselves.

Agreed. But, it is an option and many have done so and continue to do so.

The sodomites are not hiding. They are so flamboyant, once they take over they are everywhere.
"Nowhere to run, nowhere to hide" was meant as nowhere to run/hide from them. 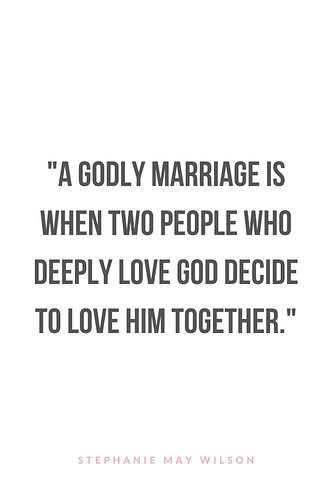 Hope they turn from their evil ways.

Jude 1:7 Even as Sodom and Gomorrah, and the cities about them in like manner, giving themselves over to fornication, and going after strange flesh, are set forth for an example, suffering the vengeance of Eternal Fire. 1:8 Likewise also these [filthy] dreamers defile the flesh, despise Dominion, and speak evil of dignities. 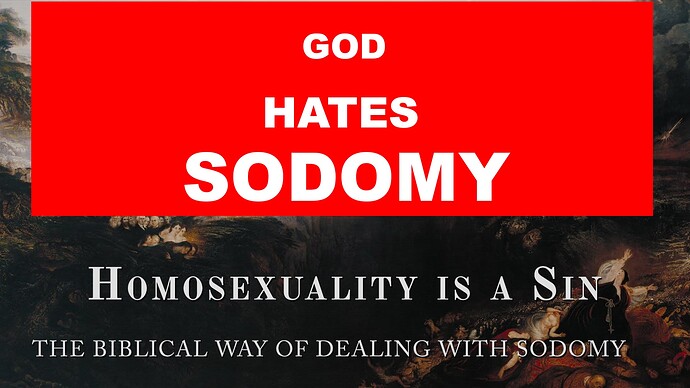 Truth is a beautiful thing!

Galatians 5:19 Now the works of the flesh are manifest, which are [these]; Adultery, fornication, uncleanness, lasciviousness,
5:20 Idolatry, pharmacy, hatred, variance, emulations, wrath, strife, seditions, heresies,
5:21 Envyings, murders, drunkenness, revellings, and such like: of the which I tell you before, as I have also told [you] in time past, that they which do such things shall NOT inherit The Kingdom of God.

Deut. 7:9 Know therefore that the "I AM" thy God, He [is] God, the faithful God, which keepeth Covenant and mercy with them that love Him and keep His Commandments to a thousand generations; 7:10 And repayeth them that hate (or disobey) Him to their face, to destroy them: He will not be slack to him that hateth (or disobeyeth) Him, He will repay him to his face.

Sura 23 *God) said: "In but a little while, they are sure to be sorry!" ... Nay, he has brought them the Truth, but most of them hate the Truth. 23:71. If the Truth had been in accord with their desires, truly the heavens and the Earth, and all Beings therein would have been in confusion and corruption! Nay, **We have sent them their warning, but they turn away from their warning.

June "Pride" -- Depopulation is the Purpose of Promoting Homosexuality 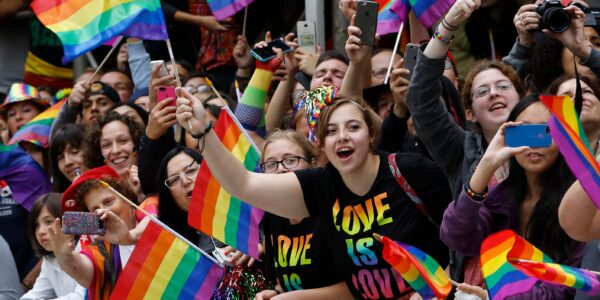 In honor of June, "Gay Pride" month, I re-post

the classic 1995 essay by Charles Socarides, a psychiatrist

who treated hundreds of gays over his 40-year-career
and cured about a third.

Until 1975, homosexuality was recognized for w****hat it is, a developmental disorder. The massive crusade t****o mainstream homosexuality is characteristic of S atanism, which pretends that sick is healthy and unnatural is natural. It is irrefutable proof society is s atanically possessed. Mankind has been colonized by a satanic cult, Freemasonry (Jewish Cabalism) which is a proxy for the Cabalist Jewish central banking cartel. Our political, economic and cultural leaders are traitors, factotum for the satanist banking cartel that controls society through credit.

The promotion of homosexuality is designed to depopulate and destabilize society by destroying the nuclear family. How can you Lefties be so stupid?...

We Face PURE EVIL - Be Not Deceived; We’re in a Fight for Survival 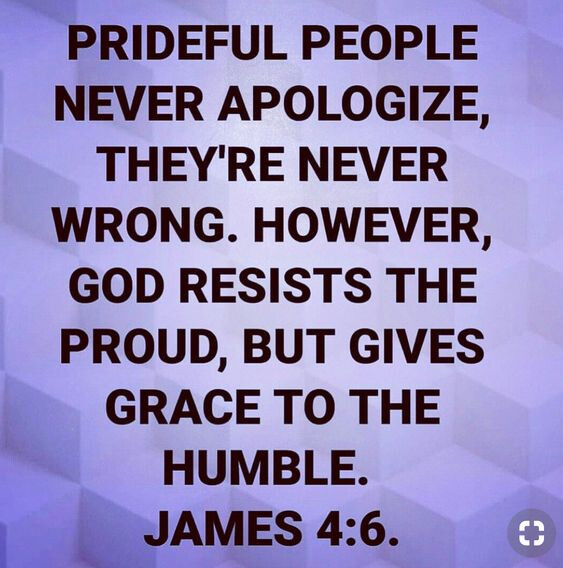 We Are Proud of THIS? 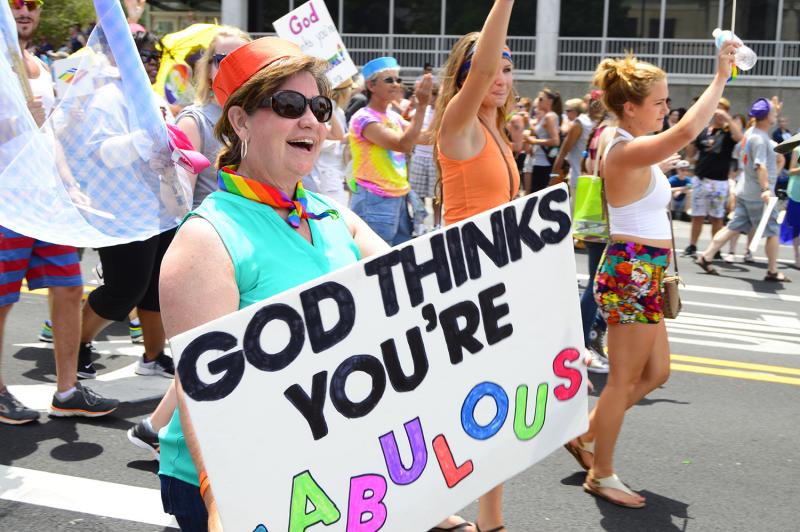 We Are Proud of THIS? » Sons of Liberty Media

Homosexual activity has been going on since the fall of mankind, but what began in earnest in the 1970s has now metastasized into a full-blown cancer on the earth.  I’m talking about the radical homosexual agenda, which is now directly...

It’s very much like the story of Sodom in Genesis, where the men of the city marched to Lot’s house and surrounded it, demanding they send out the two angels so they could have sex with them, and then attempted to break down the door. Violence against Christians at these “pride parades” has ramped up substantially with the complicity of the local police. It’s grown worse with each passing year. Without the indwelling of the Holy Spirit, there is no depth to which the human mind and soul will not sink. No restraint, just hedonism, debauchery, and unbridled vile filth. And people take their small kids there — and literally parade them in front of a half million lust-filled sodomites, literally IN the parade. This has nothing to do with “equality.” It’s pure, demonic evil. It shall be more tolerable for the land of Sodom and Gomorrah in the day of judgment, than for that city…and any nation that continues to be proud of THIS.