“Hell is empty and all the devils are here.” William Shakespeare, The Tempest

Mike Yeadon is a soft-spoken microbiologist and a former Vice President of Allergy and Respiratory Research at Pfizer. He spent 32 years working for large pharmaceutical companies and is a leading expert on viral respiratory infections. He is also a man on a mission, and his mission is to inform as many people as possible about the elite powerbrokers that are using the pandemic as a smokescreen to conceal their real objectives. Here’s Yeadon in a recent interview:

“If you wanted to depopulate a significant portion of the world, and to do it in a way that wouldn’t require destruction of the environment with nuclear weapons, or poisoning everyone with anthrax or something, And you wanted plausible deniability, whilst you had a multi-year infectious disease crisis; I don’t think you could come up with a better plan of work than what seems to be in from of me. I can’t say that’s what they’re going to do, but I cannot think of a benign explanation for why they are doing it.” (“Interview with Dr Mike Yeadon“, The Delingpole Podcast; Minute 44: 25)

“Depopulation”? Who said anything about depopulation? Isn’t it a bit of a stretch to go from a mass vaccination campaign to allegations of a conspiracy to “depopulate a significant portion of the world”?

Indeed, it is, but Yeadon has done extensive research on the matter and provides compelling evidence that such a diabolical objective may, in fact, be the goal. Moreover, it is not for lack of proof that people are not persuaded that Yeadon is right, but something more fundamental; the inability to grasp that men are capable of almost-unimaginable viciousness and cruelty. Here’s Yeadon again:

“It’s become absolutely clear to me, even when I talk to intelligent people, friends, acquaintances … and they can tell I’m telling them something important, but they get to the point [where I say] ‘your government is lying to you in a way that could lead to your death and that of your children,’ and they can’t begin to engage with it. And I think maybe 10% of them understand what I said, and 90% of those blank their understanding of it because it is too difficult. And my concern is, we are going to lose this, because people will not deal with the possibility that anyone is so evil…

The rest is at the link.

"The individual is handicapped by coming face-to-face with a conspiracy so monstrous he cannot believe it exists. The American (Western nations) mind simply has not come to a realization of the evil which has been introduced into our midst. It rejects even the assumption that human creatures could espouse a philosophy which must ultimately destroy all that is good and decent." — J. Edgar Hoover ~The Elks Magazine, August 1956 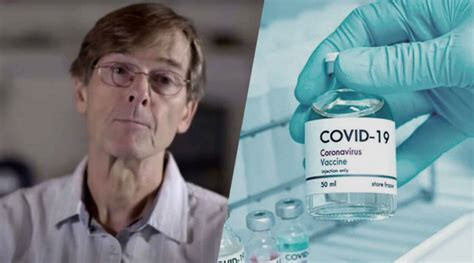 The population of the planet of being taken through the gates of hell over a probably partly-invented virus, which is not unusual in its lethality.

I agree these 'vaccines' were never appropriate & there was ample evidence of global fraud by fear long before that vaccine was prematurely considered for emergency use authorization.

I beg of you: if you've not been vaccinated, do not capitulate now. If you've been vaccinated, reject the bribe of some of your freedoms bank (aka vaccine passport). Giving in to tyranny always leads to more tyranny. 'I think it's highly likely that the next phase will involve death on a scale which will dwarf the claims of 'covid-19 deaths' to date.'  Dr. Mike Yeadon, former Pfizer Vice President Question-- Why is mortality in Scotland higher in 2021 than...