Words of Wisdom - Beware of Government

"It is important to remember that government interference always means either violent action or the threat of such action. The funds that a government spends for whatever purposes are levied by taxation. And taxes are paid because the taxpayers are afraid of offering resistance to the tax gatherers. They know that any disobedience or resistance is hopeless. As long as this is the state of affairs, the government is able to collect the money that it wants to spend.

Government is in the last resort the employment of armed men, of policemen, gendarmes, soldiers, prison guards, and hangmen. The essential feature of government is the enforcement of its decrees by beating, killing, and imprisoning. Those who are asking for more government interference are asking ultimately for more compulsion and less freedom." - Ludwig Von Mises

“Government is not reason; it is not eloquence; it is force. Like fire, it is a dangerous servant and a fearful master.” - President George Washington.

When the people fear their government there is tyranny. When the government fears the people there is liberty. - President Thomas Jefferson (1743-1826)

6 Likes
When Government Goes Rogue
Police charge at anti-lockdown protesters in Dublin after man launches FIREWORK at officer’s face (VIDEOS)
Irish Savant - Have you had your jab yet?
One year into ‘15 days to flatten the curve’, why are we still tolerating authoritarian government clampdowns on our daily lives?
GibMessenger pinned globally October 21, 2020, 11:50am #2
NancyDrewberry October 21, 2020, 9:55am #3

Matthew 23:2 Saying, The lawyers and the politicians sit in Moses’ [Law] seat:
23:3 All therefore whatsoever they bid you observe [of God’s Law], [that] observe and do; but do not ye after their example: for they say, and do not (and make up their own laws against God’s Orders - Deut. 4:2).
23:4 For they bind heavy burdens (the Talmud) and grievous to be borne, and lay [them] on men’s shoulders; but they [themselves] will not lift one of their fingers to remove them.
23:5 But all their works they do for to be seen by men: they make broad their phylacteries (small leather box containing Old Covenant- Testament texts, worn to remind them to keep The Law [God’s Law]), and enlarge the borders of their garments,
23:6 And love the uppermost rooms at feasts, and the chief seats in the churches,
23:7 And greetings in the markets, and to be called by men, Priest, Rabbi, Imam, etc. (the church and the state were one at that time)
23:8 But be not YE (which included the Twelve Apostles who were also there) called priest (etc.): for One is your Teacher, [even] Christ; and all ye are brethren.
23:9 And call NO [man] your father upon the earth: for one is your Father, which is in heaven.
23:10 Neither be ye called masters: for one is your Master, [even] Christ.
23:11 But he that is greatest among you shall be your servant.
23:12 And whosoever shall exalt himself shall be abased; and he that shall humble himself shall be exalted.
23:13 But woe unto you, lawyers and politicians, hypocrites! for ye shut up the Kingdom of heaven against men: for ye neither go in [yourselves], neither allow ye them that are entering to go in (see Enoch 93:4 - 102:6 in the “King of kings’ Bible” - by JAH, which also includes God’s Holy Koran).
23:14 Woe unto you, lawyers and politicians, hypocrites! for ye devour widows’ houses, and for a pretence make long prayer: therefore ye shall receive the greater damnation. 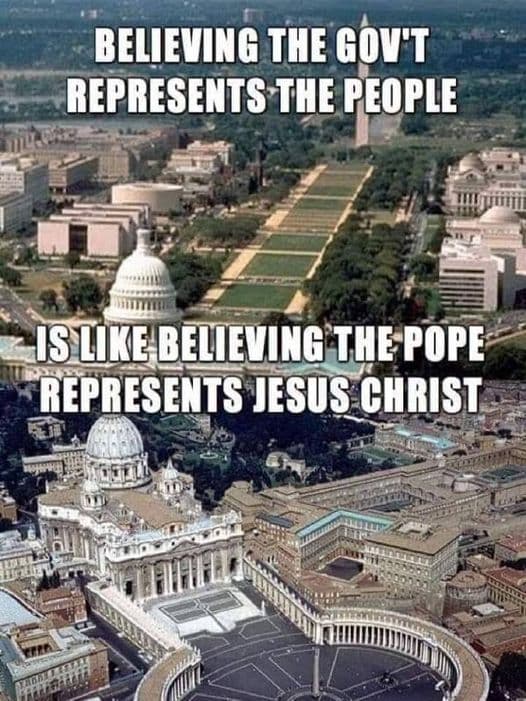