When people fear their government there is tyranny. When the government fears the people there is liberty

Today in Gibraltar the majority of the citizens are AFRAID to question the government about the scamdemic and 5G propaganda lies, and the totally unnecessary draconian financially-ruinous lock-down, and are following Der Fuehrer Picardo into national disaster.

Those who refuse to learn from the mistakes of history are doomed to repeat them.

Americans, like many other nations, delude themselves that America is the “Land of the free and the home of the brave”, but the reality is that it is the land of the fee and home of the slave. Americans, like other nations, stopped being free, when they stopped being brave and standing up to their corrupt governments and corporations, and stopped preventing the banksters’ bought and paid for puppet-politicians from fraudulently legislating away their freedom, and putting them into debt-slavery, that was previously prevented by keeping God’s Law that prohibits men from legislating on pain of death.

America prospered like no other country in modern history, because it was built on the Bible and God’s Law. When it started allowing men to legislate, it started down the slippery-slope to ruin and the destruction that is coming to it, and all nations that refuse to maintain God’s Law. America has gone from being the richest nation on Earth, to being the biggest debtor nation in the history of the world. Gibraltar seems to be headed in the same direction.

11 Likes
When Government Goes Rogue
Australia is a Full Scale Pilot Test For The New World Order
YEADON: Be Terrified of Your Government
Investigation: MP’s and SAGE Heavily Invested In Vaccine Industry
Police charge at anti-lockdown protesters in Dublin after man launches FIREWORK at officer’s face (VIDEOS)
Irish Savant - Have you had your jab yet?
The COVID-19 genocide of 2020
GibMessenger pinned globally September 23, 2020, 5:10pm #2
GibMessenger unpinned October 7, 2020, 11:31am #4
Persistent June 20, 2021, 3:09am #5

56. Hitler’s Rothschild Bloodline and Angela Merkel is his Daughter

Meyer Amschel Rothschild changed his surname from Bauer to the red shield, or rotes schild in German, that apparently hung outside of his house, which became Rothschild. Hitler was one of the beast… 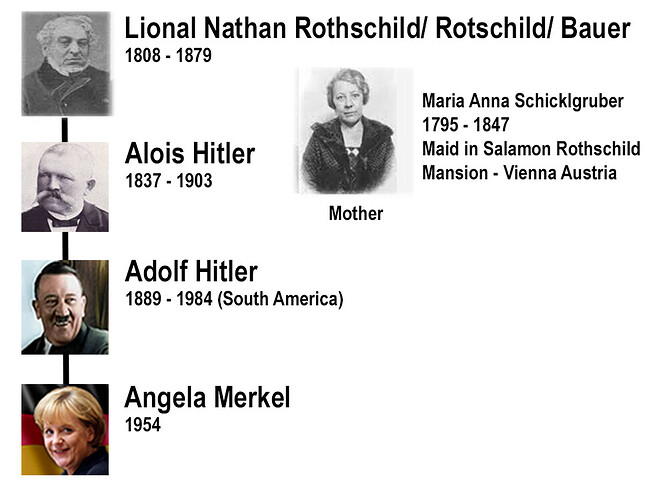 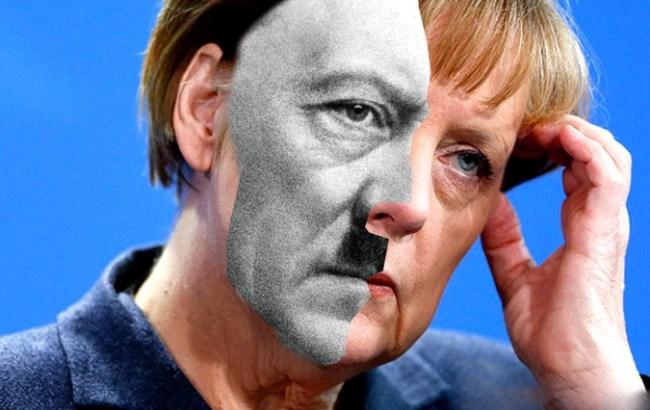 Have no fear. Fear is evil and "perfect Love casts out fear." There is no room for fear in the heart in which I dwell. Fear destroys hope. It cannot exist where Love is, or where Faith is.

Fear is the curse of the world. Man is afraid - afraid of poverty, afraid of loneliness, afraid of unemployment, afraid of sickness.

Many, many are man's fears. Nation is afraid of nation. Fear, fear, fear, everywhere. Fight fear as you would a plague. Turn it out of your lives and home. Fight it singly. Fight it together. Never inspire fear. It is an evil ally. Fear of punishment, fear of blame.

No work that employs this enemy of Mine is work for Me. Banish it. There must be another and better way.

Ask Me, and I will show it you.