This applies equally to Gibraltar and its ministers.

Medical experimentation on humans is prohibited under the Nuremberg Code and punishable by life imprisonment or death.

COMMON LAW NOTICE OF PERSONAL LIABILITY TO UK AND NI GOVERNMENT MINISTERS: So do you really think any COVID 19 TRIAL (Unlicensed) Vaccine in U.K. is NOT going to DAMAGE your HEALTH?????

From David: under common law jurisdiction,

To all, UK Government Ministers including but not limited to Arlene Foster, Michelle Smith, Robin Swann, Boris Johnson, Matthew Hancock, Professor Chris Whitty, Patrick Vallance, Micheal Mc Bride and Professor Ian Young the men and women, and to Simon Byrne Chief Constable of the Police Service of Northern Ireland, in their private civilian capacity only, under common law jurisdiction:

NOTICE OF PERSONAL LIABILITY UNDER COMMON LAW FOR THE CRIMES OF GENOCIDE AND BY WAY OF DECEPTION IF PROPOSED AMENDMENTS TO HUMAN MEDICINE REGULATIONS 2012 PERMITTED AFTER 18th SEPTEMBER 2020:

WHY WAS THIS VITAL PUBLIC CONSULTATION IN NORTHERN IRELAND NOT ADVERTISED ON THE RADIO OR TV SUCH AS UTV OR THE BBC?

How many of Northern Ireland public were aware of this Public Consultation on the proposed amendments to the Human Medicine Regulations 2012, as it was only published on Internet website, UK Department of Health?

THIS REMOVES ALL THE ABOVE NAMED INDIVIDUALS GOOD FAITH DEFENCE WHEN PERSONALLY SERVED WITH A COPY OF THIS NOTICE BY WAY OF E-MAIL AND WRITTEN LETTER:

Please look into the history of vaccine development and manufacture and distribution throughout the world for the last 130 years and you will quickly reach a conclusion, which is the opposite to the mainstream media propaganda, vaccines are NOT SAFE!

Vaccines including all COVID 19 vaccine trial candidates, are not safe, they are TOXIC to HUMAN HEALTH:

BREACH OF GENEVA CONVENTION ON WAR CRIMES BY WAY OF ENFORCED BIOLOGICAL EXPERIMENTATION BY WAY OF DECEPTION WITHOUT INFORMED CONSENT OF POPULATION OF UNITED KINGDOM; IF PROPOSED CHANGES TO HUMAN MEDICINES REGULATIONS 2012 are PASSED UNOPPOSED on or, after FRIDAY 18th Sept 2020 in UNITED KINGDOM OF GREAT BRITAIN AND NORTHERN IRELAND:

In other words vaccines have been a form of international biological and chemical warfare against the human population for at least a hundred and thirty years or more.

The International and Global Pharmaceutical Industry has waged a silent global war against the human population for at least 130 years:

"Give me control of a Nations money supply, and I care not who writes her laws"

COMMON LAW NOTICE OF TREASON AND COMPOUNDING TREASON AGAINST ABOVE NAMED INDIVIDUALS:

TREASON AGAINST PEOPLE OF UK if PROPOSED AMENDMENTS TO HUMAN MEDICINES REGULATIONS 2012 GET PASSED AFTER 18th SEPT 2020:

The Prosposed changes to the Human Medicines Regulations 2012:

CIVIL immunity from prosecution for damage death or injury to human life for manufacturers and those administering vaccine:

ADVERTISING OF UNLICENSED VACCINATIONS in U.K. And NI FOR COVID 19 vaccines: if they go through without opposition from UK Government will be evidence of UK Government AND current individual ministers in THEIR PRIVATE CAPACITY AT COMMON LAW IN NORTHERN IRELAND AND ENGLAND AND WALES partaking in crimes against humanity; by failing to protect its people an its country from harm and exposing them to biological experimentation and destruction by way of unlicensed and unsafe COVID 19 vaccine, and its TREASON if the regulations are amended to allow UNLICENSED VACCINES and civil immunity from prosecution under Ref 174 and reg 345 of Human Medicine Regulations 2012; and to allow advertising of unlicensed vaccines in media will make media liable by way of

conspiracy and fraudulent misrepresentation for war crimes by way of conspiracy to defraud the people and destroy their health contrary to all known international and common law.

Please go on this website below and download this image and print off copies of this poster and pass this link far and wide:

We have to wake up the Public and PREVENT the INTRODUCTION OF ANY VACCINE FOR COVID 19: 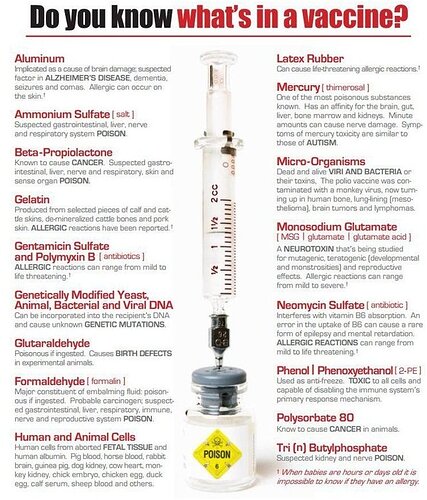 God Bless and protect each and everyone of you.

I love you all and so does God!

Please listen carefully to everything I say I do it to protect your life and soul because I care about the human race and it's future and health is now in real danger from the Global vaccination plans for COVID 19 and from the Bill and Melinda Gates Foundation:

Must be made to all STAND TRIAL FOR INTERNATIONAL WAR CRIMES AGAINST HUMANITY:

FIGHT FOR SURVIVAL AND FREEDOM:

The CROWN CORPORATION: and Individual Ministers in their private capacity under the Constitution and common law of the realm must stand trial for treason against the good constitutional subjects of UK and Northern Ireland for putting their lives and future happiness Security and prosperity in mortal danger without just cause covering the period from Friday 20th March 2020 which is still unresolved and ongoing as I write this!

The following individuals named below in their private capacity under common law are personally liable for crimes against humanity and for working on biological experimentation through planning, implementing and promoting and funding either directly, or indirectly the COVID 19 global mandatory vaccination agenda through GAVI, CEPI; Vaccine Task Force UK (Welcome Trust; Bill and Melinda Gates Foundation ,and if they allow the Human Medicines Regulations 2012 to be amended as proposed On or any time after 18th Sept 2020:

These people are all potential International war criminals who must stand trial for breach of the Geneva Convention on BIOLOGICAL EXPERIMENTATION on international human population contrary to international laws on prevention of human civilian biological experimentation in the INTERNATIONAL CRIMINAL COURTS if proposed changes to Human Medicine Regulations 2012 are allowed to go through unopposed on or after Friday 18th September 2020:

Please pass this common law Notice to United Kingdom Ministers in their private capacity under common law in this message and poster far and wide:

God and the people our sovereign, not the Crown and not the United Kingdom Cabinet.

Sent from my iPhone

Tiffany Dover, the nurse manager at CHI Memorial, received the vaccine against COVID-19 (coronavirus / SARS-CoV-2) on Thursday, December 17th 2020, and shortly thereafter fainted. All this happened while she was giving a press statement. Unlike othe…

I am having success with turning people away from vaccines, by telling them about one of the ingredients called MRC-5 and that it is aborted fetal cells. Which was something I did not know until I read it from the information found in one of the posts on this ( https://defending-gibraltar.net ) website.

Remember the nurse Tiffany Dover who fainted and went underground amidst speculation that she had died after her vaccination promotional roadshow. Well it looks like she did not die after all, as this below, demonstrates. The interesting thing about the video of the team of nurses supporting Tiffany, is the picture of Bergoglio in the background. A deliberate Jesuitesque psychological operation to undermine ‘the conspiracy theorists’, methinks.

But wait a moment. You’re not Miss Dover. The plot thickens. Does she have a double?

Common Lawyer talking about The Stone The Stone of Destiny

Very interesting, especially about the Scots being a part of the Jewish lineage? Who's ever heard of that before? But I find it amusing, because many years ago I read the wonderful book called "The Millionaire Next Door" https://amzn.to/39686Eu w…