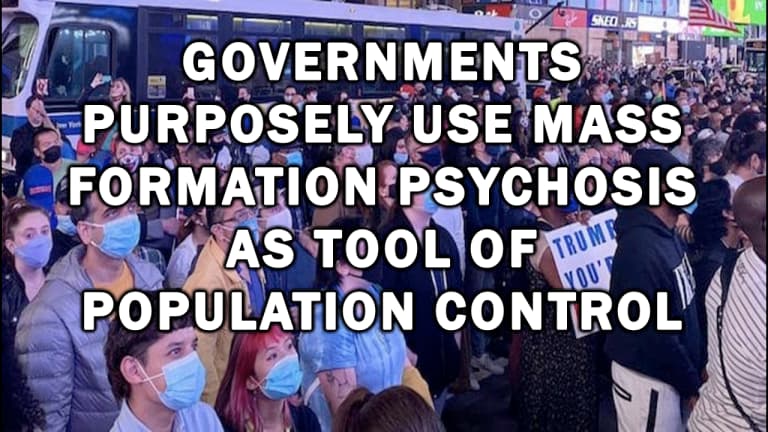 Professor Mattias Desmet talks about his work that connects past historical episodes of what is called “Mass Formation” (aka Mass Psychosis) and current events. The risks are as grave as they come. Unless a few brave and courageous people are willing to stand up and say “I don’t agree!” history suggests that we will end up with a fully totalitarian outcome. 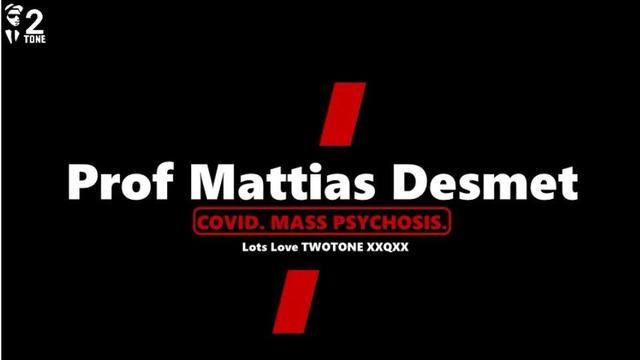 DIVOC/COVID. Hypnosis On The World... From The Description: Professor Mattias Desmet talks about his work that connects past historical episodes of what is called “Mass Formation” (aka Mass Psychosis) and current events. The risks are as grave as…

DAILY EXPOSE – Governments Purposely Use Mass Formation Psychosis as Tool of Population Control – The Expose – Dr. Malone’s summary of how health authorities seized on the unifying threat of the Covid pandemic and exaggerated its thread to create mass hysteria is backed up by leaked details of how the UK government manipulated its population during the early days of the pandemic.

UK Scientific Pandemic Influenza Group on Behaviour (SPI-B): The government should drastically increase “the perceived level of personal threat” that the virus poses because “a substantial number of people still do not feel sufficiently personally threatened”. Ramping up the threat – Government psychologists admit waging psychological warfare on the nation.

Dr. Robert Malone’s assertions about “mass formation psychosis” in the context of the COVID-19 pandemic are underscored by the fact that authorities in the UK admitted to using “totalitarian” methods of “mind control” to instill fear in the population. Governments Admit Using ‘Mass Formation Psychosis’ As Tool of Population Control

Those paying attention to the current situation regarding the establishment’s control on the narrative around Covid-19, have watched as anyone — including esteemed experts in the field — are censored into oblivion for attempting to put forth information that challenges the status quo. Google Manipulates Search Results As “Mass Formation Psychosis’ Searches Explode Due To Collapsing COVID Narrative

A major contributor to the mass obedience of the British people is likely to have been the activities of government-employed psychologists working as part of the “Behavioural Insights Team” (BIT).** The BIT was conceived in 2010 as “the world’s first government institution dedicated to the application of behavioural science to policy”. In collaboration with governments and other stakeholders, the team aspire to use behavioural insights to “improve people’s lives and communities”. Several members of BIT, together with other psychologists, currently sit on the Scientific Pandemic Insights Group on Behaviours (SPI-B), a subgroup of SAGE, which offers advice to the government about how to maximise the impact of its Covid-19 communications. The Most Remarkable Aspect of the Unprecedented Lockdowns: The Widespread Compliance

The cellphone data was used by researchers at Oxford University, who were carrying out studies for the Scientific Pandemic Influenza Group on Behaviours (SPI-B). The group advises the Scientific Advisory Group for Emergencies (SAGE) on psychological warfare. UK Government Secretly Tracked Phones of Vaccinated to See if they ‘Changed Behaviour’ 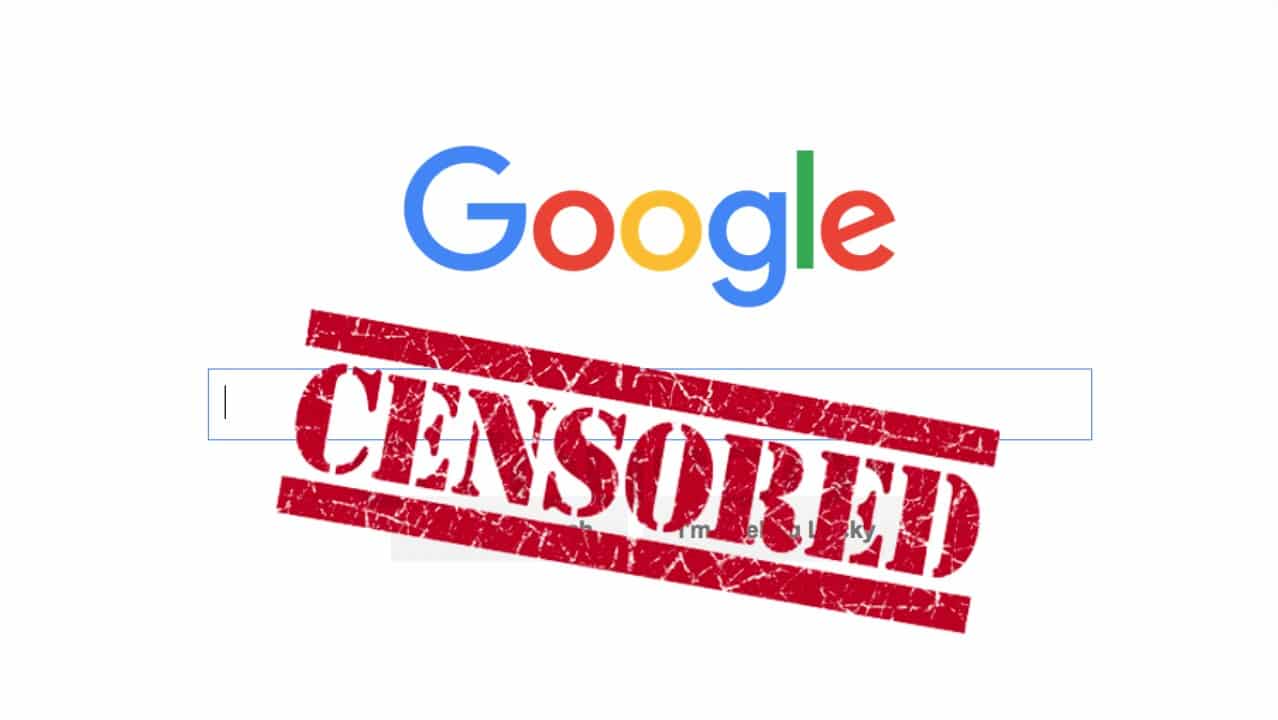 The Google complex is running scared of the psychological tool of social engineering revealed as "Mass Formation Psychosis". Whoops. It is THEIR tool, after all. Patrick Wood's interview on the topic with Erskine Overnight was banned from YouTube....

The Google complex is running scared of the psychological tool of social engineering revealed as “Mass Formation Psychosis”. Whoops. It is THEIR tool, after all. Patrick Wood’s interview on the topic with Erskine Overnight was banned from YouTube. Search results are buried at Google. In 1938, Technocracy defined itself as the “science of social engineering”. Indeed. ⁃ TN Editor

The concept of mass formation psychosis as an explanation for our lingering nonsensical covid hysteria was brought to the masses by Dr. Robert Malone on Joe Rogan’s podcast in late December. Malone contextualizes work done by psychologist and statistician Dr. Mattias Desmet on the conditions necessary for mass formation to set in, and explains why many of those conditions are being met right now.

Per Google Trends, Immediately after the podcast, interest in and searches for the term skyrocketed. And it just so happens that Malone himself had previously published an article on his Substack, expanding on the very subject he just became responsible for driving so much interest in.

And separately, as we know, the purpose of a search engine is to satisfy a person’s search by matching him with the most relevant information possible. So if someone were searching for “mass formation psychosis,” certainly Malone’s article would appear at the top, right? He is basically synonymous with the term right now.

It appears Bing and Yahoo may think so. But Google, perhaps not so much.

At least that is what data collected by the SEO data tool GeoRanker would indicate, showing that a search for “mass formation psychosis” on both Yahoo and Bing returns Malone’s article as the #1 organic result, but for Google, the article is not listed as one of at least the first twenty organic results. 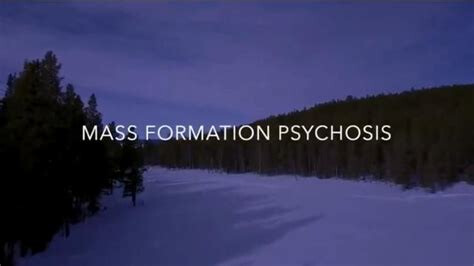 Makow – I am befuddled to see most Mexicans wearing face masks, and want to make a disparaging remark to my wife. But I check myself realizing she’s wearing one too. How can so many people fail to see that coronvirus is the common flu rebranded? Why do they trust the lamestream media?

Dr. Robert Malone—“ Those hypnotized by this process are unable to recognize the lies and misrepresentations they are being bombarded with on a daily basis, and actively attack anyone who has the temerity to share information with them which contradicts the propaganda that they have come to embrace.”

As many of you know, I have spent time researching and speaking about mass psychosis theory.

Most of what I have learned has come from Dr. Mattias Desmet, who realized that this form of mass hypnosis, of the madness of crowds, can account for the strange phenomenon of about 20-30% of the population in the western world becoming entranced with the Noble Lies and dominant narrative concerning the safety and effectiveness of the genetic vaccines, and both propagated and enforced by politicians, science bureaucrats, pharmaceutical companies and legacy media.

What one observes with the mass hypnosis is that a large fraction of the population is completely unable to process new scientific data and facts demonstrating that they have been misled about the effectiveness and adverse impacts of mandatory mask use, lockdowns, and genetic vaccines that cause people’s bodies to make large amounts of biologically active coronavirus Spike protein.

These hypnotized by this process are unable to recognize the lies and misrepresentations they are being bombarded with on a daily basis, and actively attack anyone who has the temerity to share information with them which contradicts the propaganda that they have come to embrace. And for those whose families and social networks have been torn apart by this process, and who find that close relatives and friends have ghosted them because they question the officially endorsed “truth” and are actually following the scientific literature, this can be a source of deep anguish, sorrow and psychological pain.

It is with those souls in mind that I included a discussion of the mass formation theory of Dr. Mattias Desmet during a recent talk I gave in Tampa, Florida to an audience of about 2,000. As I looked out into the audience and spoke, I could see relief on many faces, and even tears running from the eyes of stoic men.

Unknown to me, someone recorded the speech and appended the vocal track to a series of calming images of natural landscapes, producing a video that has gone viral throughout the world. The video, as well as some notes to clarify and supplement the talk are appended above. Many have told me that they find it very healing. I hope it may help you also.

A brief overview of Mass Formation, which was developed by Dr. Mattias Desmet. He is a psychologist and a statistician. He is at the University of Ghent in Belgium. I think Dr. Mattias is onto something about what is happening and he calls this phenomena: