Spanish Government Says that the SARS-CoV-2 Virus Has Not Been Isolated -...

ER Editor: The short Spanish article that FreeWest Media uses for its reporting is published below in translation. ******** Spanish Government Says that the SARS-CoV-2 Virus Has Not Been Isolated FREEWEST MEDIA All Global Research [...]

The Spanish Ministry of Health does not have SARS-CoV-2 cultures for testing and does not have a list of laboratories with samples of this virus. The government confirmed this to critical lawyers and organizations.

“The Spanish Ministry of Health does not have SARS-CoV-2 cultures for experiments and does not have a directory of laboratories that have isolation cultures for experiments,” the government stated in response to a public request from critical citizens, including the organizations Asociación Liberum and Biólogos por la Verdad [Biologists for the Truth] on July 22, 2021. This was received by the authorities on August 10 and was registered under the number 001-059144.

Among other things, the lawyers and scientists were interested in whether the virus had been isolated. According to the Transparency Act 19/2013 of 9 December, the Ministry of Health had one month from this point in time to formulate a corresponding statement.

Various critics of the government measures against Covid report on the curious response of the Spanish government, which transformed the country into a health dictatorship from March 14, 2020 onward. These include the lawyer Aitor Guisasola and the media portal El Diestro.

“All responsibility for diagnosis and treatment has been shifted to the health professionals, recognizing that ‘tests alone are often not enough to diagnose the disease’… But the tests are being used to make decisions about curfews, shop closures, quarantine, patient treatment, vaccinations and absolutely dictatorial measures are justified and people’s freedoms are revoked, while they ‘are usually not sufficient to determine the disease’.”

Finally, El Diestro addressed a message to all those who have been vaccinated:

“Take this document and go to your family doctor or your health center and ask for explanations. Because something has been injected into your body, but the person who administered it to you, does not even know what it is for or what is contained in it. Will this wake people up or will they go back to sleep?”

The Smoking Gun: Where is the coronavirus? The CDC says it isn’t available - same disclosed for Canada, UK, Ireland, Australia, New Zealand...

The Emperor Has No Corona – No Virus Isolated 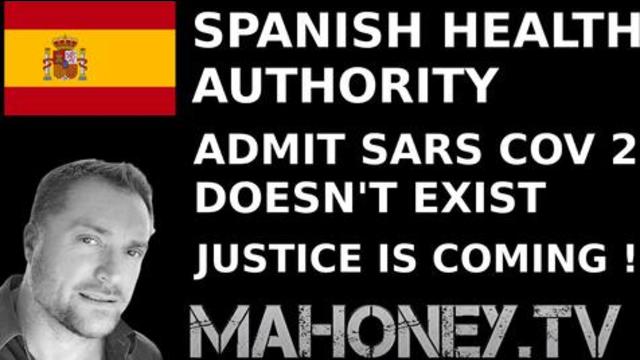 About David Mahoney - David´s film career has been active since the early 1990´s. Having worked all over the world, he has now turned his acting prowess around into presenting the truth! David has been actively defending constitutional rights all his life and he’s proud to say he is no stranger to attempted oppression and confrontation - About – Digital Warriors UK