Many Interesting Developments in Russia

Many interesting developments in Russia

These are all truly huge developments for Russia which we need to look into separately. ‘Checkmate’: Russia unveils new warplane… with no pilot | The Truthseeker

Above: the new Sukhoi 5th-generation fighter, Checkmate, unveiled at the MAKS airshow near Moscow earlier this year

Russia’s state development corporation has announced it is working on an advanced new unmanned military jet that can soar above the clouds and cloak itself from enemy defenses, while being controlled from the safety of the ground.

In a flashy teaser released on Monday, Rostec and Russia’s publicly owned aerospace giant UAC showed off renderings of the fifth-generation Sukhoi Su-75, codenamed ‘Checkmate.’ A variant of the stealth jet, they confirmed, will be made available without a cockpit. Instead, its onboard computer will allow it to fly autonomously, eliminating the risk of trained pilots being captured or killed. 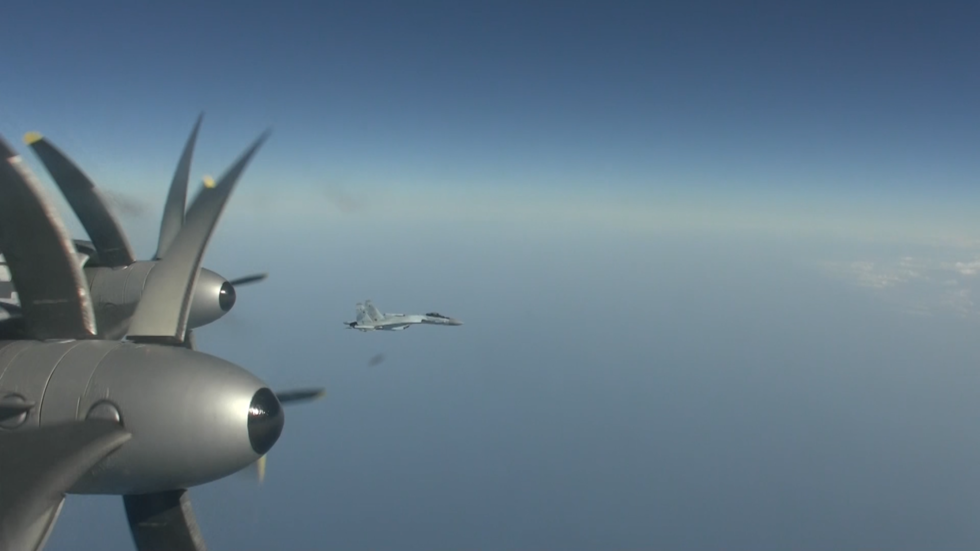 A group of Russian and Chinese strategic bombers have held a joint patrol in the northwestern Pacific. Flying off the coast of Japan and over the East China Sea, they were supported by Moscow's fighter jets and command aircraft.

Friday's operation saw two Russian Tu-95MS and two Chinese Xian H-6K strategic engaged. The bombers were escorted by fighter jets, including Russian Su-35S aircraft. The flight was coordinated by a Russian Be A-50U, an airborne early warning and control plane.

The joint patrol came as a part of pre-planned military activities and "was not aimed against any third countries," Russia's Ministry of Defence said in a statement.

All these joint exercises are in preparation for the hot war of WW3.

Rev. 6:12 And I beheld when he had opened the sixth Seal (using his "Key"), and, lo, there was a great "earthquake"; and the "sun" became black as sackcloth of hair, and the "moon" became as blood.

Rev. 16:12 And the sixth angel poured out his vial upon the great River Euphrates; and the "water" (Rev. 17:15) thereof was dried up, that the way of the kings of the East (eastern block - the U.S.S.R. and China re-united) might be prepared.

The Four Horsemen of The Apocalypse & the Two Witnesses – Ezekiel 38 (extract) – Thus says the Lord God; behold I AM against you Gog the prince of Rosh (Russia) Meshech (Moscow) and Tubal (Tobolsk) - the Western and Eastern Capitols of the U.S.S.R. (now called the C.I.S. ): I will turn you back (from seeking peace) and put hooks into your jaws (hunger), and I will bring you forth, with all your armed forces and Persia, Ethiopia, Libya, Gomer, Togarmah and ALL the earth with them against My people Israel (Britain and the British Commonwealth; America; Scandinavia; the Netherlands; the Baltic States; Northern France; Northern Spain and the Jews) to the lands of unwalled villages (walls of untempered mortar) without bars or gates (no defences because of defence cuts after the "so-called" peace dividend), when they (the politicians - foolish prophets ) say peace, peace and there was NO peace.

• The Law and Preparing for War