LIVE: UN chief, Prince Charles, rally ‘coalition of the willing’ to end biodiversity destruction
Prince Charles is calling for a Martial Law Plan for climate change
11:50
[HRH Prince Charles addresses the UN Summit on Biodiversity in a pre-recorded message from the UK..]

Prince Charles, heir to the British throne, took part in today’s event, and announced, via a pre-recorded video, that he is working with a “coalition of the willing” to put nature, people and planet at the heart of the economy.

The Prince called for a new “Marshall Plan” for a “blue-green recovery’ rooted in a new circular economy, that has nature at its centre, and went on to list some ways to bring this about. These include implementing carbon pricing; accelerating carbon capture technology, including nature-based solutions; and ending “perverse” subsidies for fossil fuels.

Here's our special LIVE coverage of the UN Summit on Biodiversity, where activists and senior UN officials are calling for urgent action on biodiversity, to help ensure sustainable development for all.

1 Like
The Corruption of Our Royals and the Great Reset
SAVING MOTHER EARTH FOR THE BENEFIT OF THE BANKSTERS
Europe set to miss its 2030 climate goal
NancyDrewberry October 6, 2020, 10:20pm #2

What of extreme weather FROZE your bank accounts?

It is clear that deliberate interruptions to critical infrastructure are coming, and will be blamed on climate change in order to make the case that an imagined “climate disaster” requires carbon lockdowns and the totalitarian response for which the technocrats have been salivating for generations.

Prepare for these disruptions The media has already begun to spin the flooding in BC as “due to climate change.” Prepare for these disruptions — particularly to our food.

Prince Charles is an Idiot 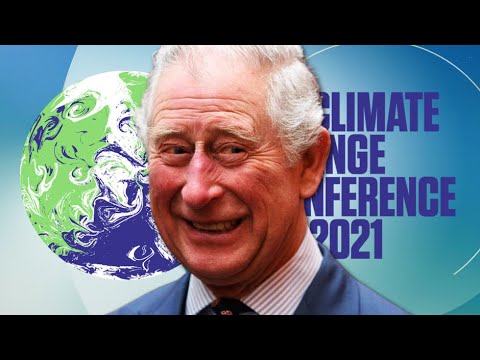 Excerpt from: The Way home or face The Fire

2:10 Nature teaches self-perfection (to teach the soul to perfect itself), weeding-out the freaks and the weak and imperfections; only the healthy surviving; with natural-selection of the most perfect specimens, as partners, to keep the breed healthy, so that it will survive.
2:11 The natural harmony and balance, between the two sides of nature, i.e. animal and vegetation, living together and helping each other to survive, to teach the living with nature, helping it and each other. One, being more dependent upon the other; i.e. animals have to live with nature to survive, and are therefore more dependent on nature, than nature is on animals, but both help each other to survive; to teach that animals depend on nature, and nature depends on animals and God. Therefore animals should protect and live with nature and God, to ensure their own survival.

8:53 You did not come here to destroy and pollute nature, and exterminate the animals; you came here to learn to be good. Man is trying to destroy nature, and the day that he succeeds, you are all dead, and you all think you are sane. This planet belongs to God and the animals, NOT to you, and the animals have more right to be here, than you do. It is THEIR home, NOT yours, and they have the RIGHT to survive.
8:54 The animals are not polluting, and trying to destroy nature and themselves, or you. Neither do they poison themselves with smoking, drinking alcohol and taking drugs. YOU are the only ones STUPID enough to do that, and you have the audacity to call them, DUMB animals, and to think that you are better than them, and that you have more right to be here than they do.
What arrogance and stupidity!
8:55 You are evil, they aren’t, and they are better than you, and when you have been destroyed, they will still be alive (Gen. 8:21 & Ezekiel 39:17-20). Animals only kill to eat, and in self-defence, as God intended. They do not kill for “pleasure”, like you evil creatures do. LEARN from the animals and nature, like the Indians did, and become environmentalists.
STOP being so arrogant; blind and stupid! The World Economic Forum has recently launched a controversial new initiative that will have animal rights activists up in arms.

The World Economic Forum has recently launched a controversial new initiative that will have animal rights activists up in arms.

Of course, the mainstream has been co-opted by the World Economic Forum, and they will try to cancel you if you dare to speak sense about any of these issues. According to the mainstream in 2020, obesity is healthy. The vaccines are not causing people to keel over and die. And abortion is love.

George Orwell warned us about about these times. He said they would convince us that war is peace. How right he was.

Now they are trying to convince us that euthanizing pets is a way to reduce animal cruelty.

Only time will tell if this controversial policy is adopted by countries around the world, but one thing’s for sure: pet owners are not going down without a fight.

And nor should they.

The World Economic Forum has issued a series of chilling warning to the people of the world: hand over your sovereignty to the global elite, or face certain death.

This power-hungry cabal of billionaires and politicians has long plotted to enslave the masses, and now they are making their move.

If we do not comply with their demands, the WEF warns, we will face certain doom. They claim that only by handing over our freedom and autonomy to the elite can we hope to avoid the catastrophes that are looming on the horizon.

But more and more people are refusing to submit to the WEF’s tyrannical demands. Brave activists and rebels are rising up to fight back against the global elite, determined to defend their sovereignty at any cost, determined to protect their families and those they love.

Will you join them in the fight for freedom, or will you cower in fear and submit to the demands of the global elite? The choice is yours. But whatever you do, do not underestimate the consequences of your choices.

If you choose to stand up and fight, then welcome to the fold. I know at times it can feel dark and lonely, but the masses are waking up and the elite won’t be able to takeover as easily as they thought they could. Please like and subscribe to this channel so we can continue sharing the news that the mainstream do not dare to touch. And please share this video with anyone you think is receptive to hearing the truth. Stay strong. We will win this fight.