Gibraltar and the Abortion Debate

Abortion is back on the table in Gibraltar, with a referendum vote in June. How did The Rock get here? 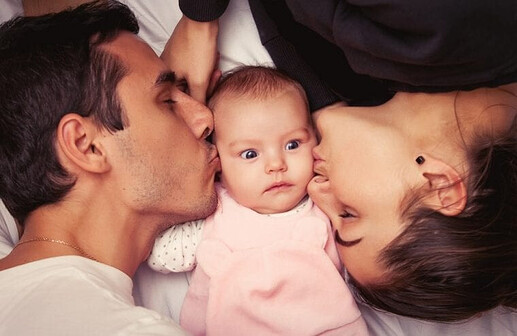 Women from Gibraltar must head to Spain to get an abortion. One of the most common procedures in the world, but illegal in the British territory.

Gibraltar’s parliament had passed legislation to decriminalise abortion in 2019, on the condition it received public approval. A referendum was scheduled for March 19 2020 and polls were predicting 70 per cent of people would vote yes.

They even lowered the voting age on the issue to 16.

The plannedemic postponed the vote, which is now set for June 24, reported The Olive Press. Huge turnout for pro-life rally in Gibraltar, ahead of major abortion referendum

The proposed changes would allow abortion in cases where a woman’s mental or physical health are at risk, with the approval of two doctors. Unborn babies would continue to be protected after the twelfth week of pregnancy.

6285 citizens signed a petition calling for any change in law to recognise “the pre-born’s indisputable right to life,” prompting MPs agree to hold a referendum on the issue.

The Redaction article linked above reports that most females who want abortions buy abortion pills and that requests for these pills has doubled between 2019 and 2020. Still, some travel to Spain to get abortions.

Abortion is a for-profit business with an eugenics background: 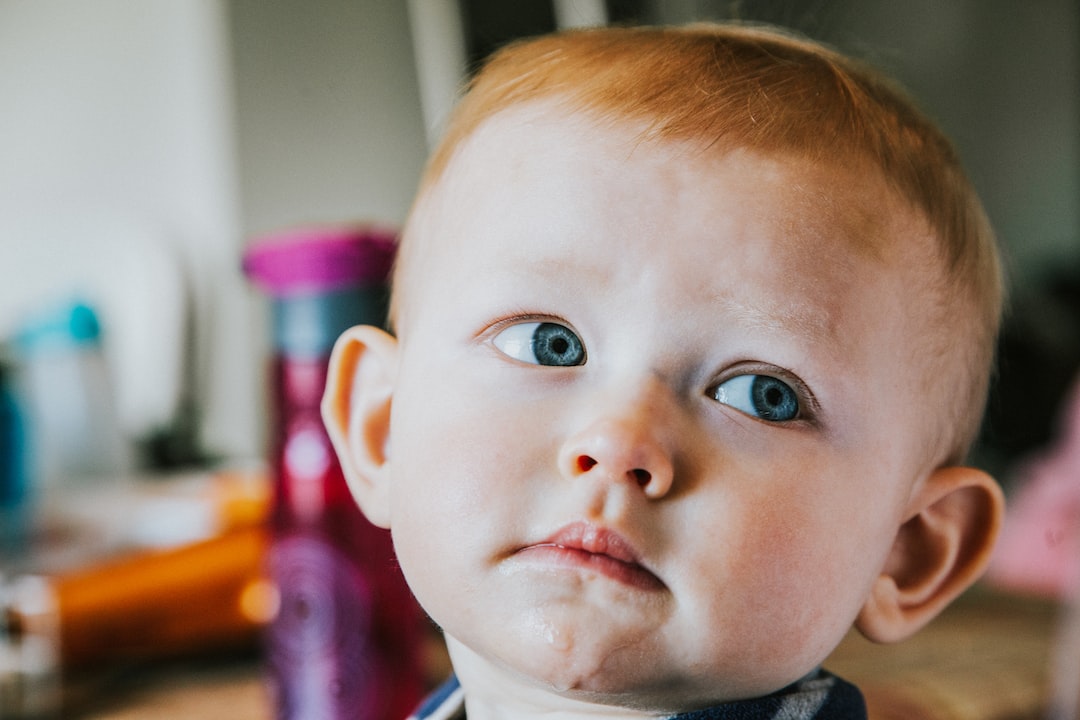 Margaret Sanger: The Untold Story Of Abortion, Eugenics, And Racism

According to abortion activists, Margaret Sanger was a champion for women's rights, a leader for women's reproductive health, and a saint for women who felt they had no other choice but to have an abortion. Here's the truth.

Given that population control (and reduction) are at the top of the list for the Eugenicists behind the scenes running governments, it's no surprise agents initiated the first steps to legalizing abortion on The Rock. Their mission always starts somewhere, with the proposed changes "allowing abortion in cases where a woman’s mental or physical health are at risk, with the approval of two doctors." But there is always a mission creep - with the ultimate goal of The State being allowed to abort fetuses that they deem unworthy, like the feeble-minded as Sanger called them.

Support for abortion can be found throughout the literature on eugenics. And with today’s prenatal screening tests and other technologies, abortion can easily be used to eliminate children with unwanted characteristics.

Gibraltar seemingly has gotten away with euthanizing its elderly population; and now it turns its focus again to limiting new births.

In June 2018, Picardo said Gibraltar can no longer "duck the abortion issue"; saying, “I’m going to put this issue on the agenda for the next meeting of my executive committee.” And he is on record for being for the legislation change; and in even slammed anti-abortionists, saying we'd better get used to him saying "go out and vote yes on the referendum."

But the question remains, "Is Picardo a eugenicist?".

What does Gibraltar have to gain in pushing this legislation through?

And how would the body parts be handled if aborted in Gibraltar if the legislation is approved?

Americans should be outraged their government participates in the wide-scale human trafficking operation that created a market for harvesting the organs of murdered infants. From an article written…

Note that fetal cells are used in vaccine research and in vaccines. This is how evil the world has become.

How does abortion play into our spiritual life on this planet?

First of all, man constantly listens to Satan and thinks is can be "as gods".

Gen 3:4 And the serpent (devil - liar) said unto the woman, Ye shall not surely die:
Gen 3:5 For God doth know that in the day ye eat thereof, then your eyes shall be opened, and ye shall be as gods, knowing good and evil.

This assumption has caused man to play as a god, manipulating our natural world, like with GMO foods, vaccines, chemtrails (the list is endless). Mankind now wants to control the population and really decide who lives and who dies.

Before there was even an abortion debate, there was a gradual breakdown in society and the roles of men and women, which included a sexual revolution, addictions and women's lib movement. In Biblical times, and still with many mothers and dads today, having a baby was a blessing. So, leave it up to Satan to gradually turn that notion upside down and backwards.

According to God's Law, children belong to the dad; and he is responsible for them. But in today's Satanic backwards world, the women get custody of the children instead of the dad; and get to drain the man's wages so much so he can barely afford food. If a man understood that every child was his responsibility, he'd be more careful about interacting with females. This is why marriage and family is an integral part of our learning on this planet.

Children were meant to help females - they were a spiritual blessing, as JAH outlined in The Way home or face The Fire. He also reveals when a soul actually enters a body; and even though it's later than one might think, that doesn't give license to approve abortion. A woman would not become pregnant if it weren't God's Will and a lesson.

And in Biblical times they knew of a form of birth-control.

Gen 38:9 And Onan knew that the seed should not be his; and it came to pass, when he went in unto his brother's wife, that he spilled [it] on the ground, lest that he should give seed to his brother.

If Satan hasn't turned the world upside down and backwards, men and women would be waiting until marriage to have children. Once the institution of marriage and family broke down, it was easy to initiate the rebuilding of a new Sodom and Gomorrah - which is how the world operates now - and that will be destroyed again (Read The Bible).

Abortions would not be an issue, if we had proper marriages; and what should marriage be like in a right-side, upright world?

Read THIS IS A GREAT MYSTERY MARRIAGE GUIDANCE.

God's Law also forbids adultery; and committing adultery against God is a capital offence because we entered a covenant/contract with Him to Keep His Commandments, Statutes, Judgements, etc.

The plannedemic postponed the vote, which is now set for June 24

Gibraltar: Referendum on The Rock set to overturn abortion legislation 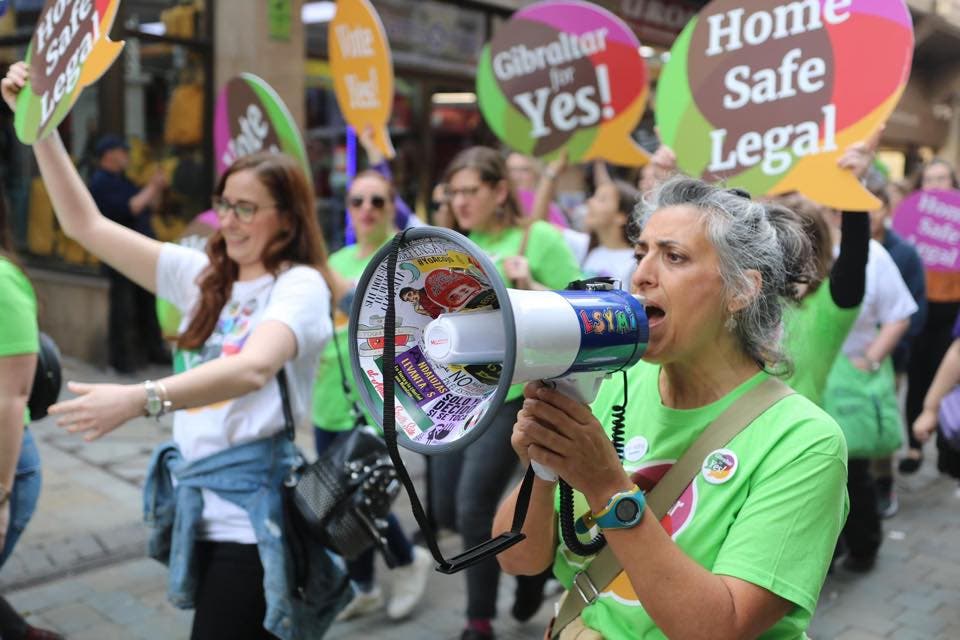 Gibraltar: Referendum on The Rock set to overturn abortion law that threatens...

With just over one week to go until the Rock goes to the polls to vote on whether or not to update abortion, the Olive Press takes a look at a vote that has been a long time in the making. 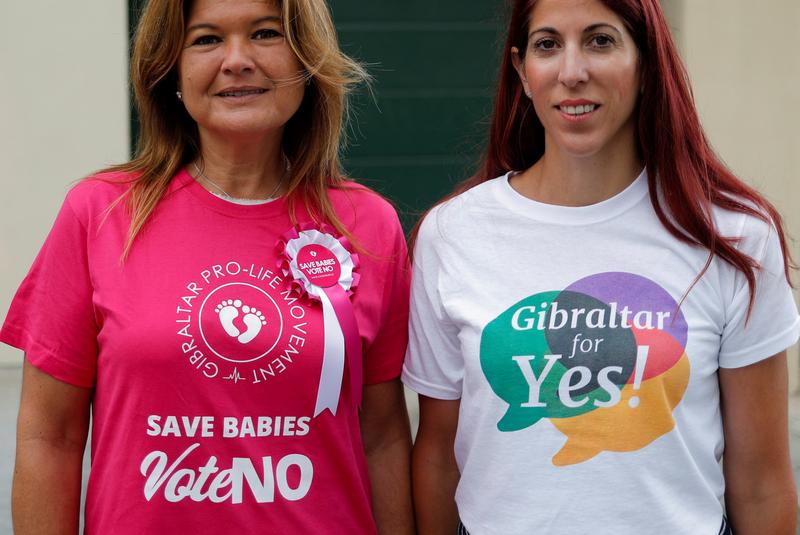 Gibraltar voted to ease a strict abortion law, officials said on Friday, after a referendum which some locals said marked a long overdue advancement of women's rights in the tiny British territory.

This made worldwide news.

The headline on RT was a bit of a shocker. 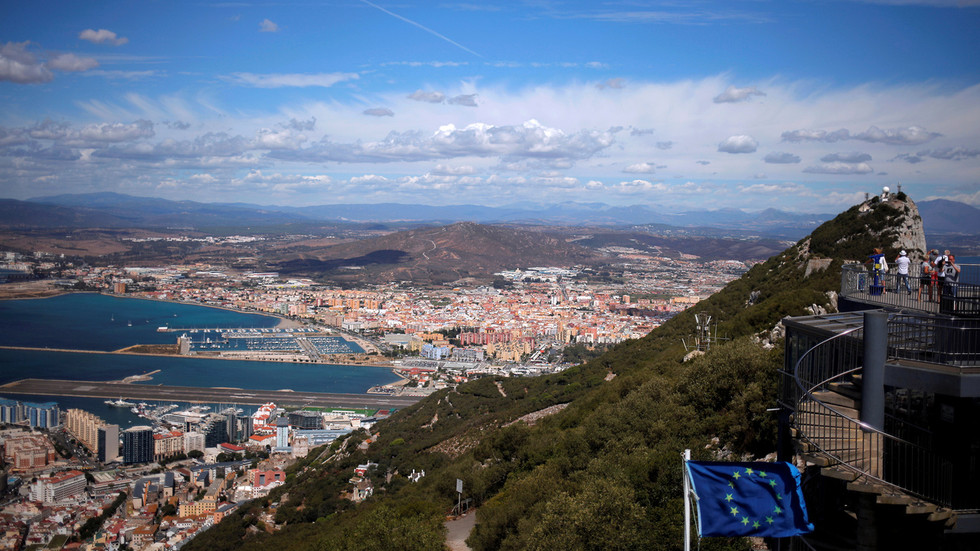 Gibraltar has voted 62% in favor of changes that will allow women to terminate a pregnancy before 12 weeks if the fetus has fatal physical defects, or if the mother experiences severe mental or physical health implications.

While MSM is "happy" that Gibraltar voted to "ease" legislation concerning abortion and the news spread across the globe with images of people celebrating the end of draconian legislation, ie:

@GBCNewsroom
Gibraltar for Yes celebrates their win, after a long campaign. https://t.co/NlJKuSVxi8

Here is an article on Irish Sentinel that expresses the other side – Gibraltar Votes to Legalize Killing Babies in Abortions Up to 12 Weeks: 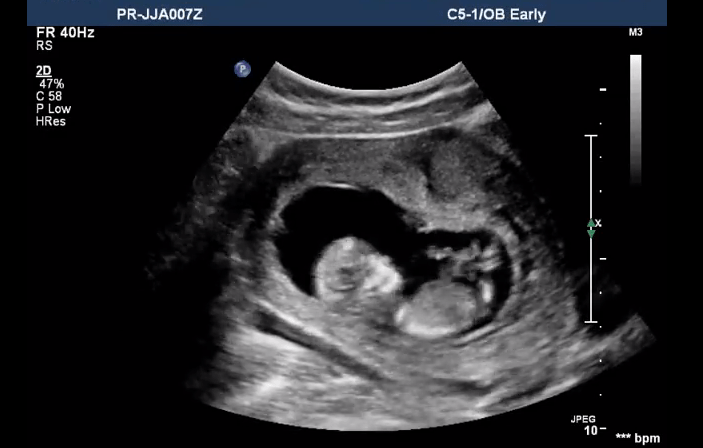 Gibraltar Votes to Legalize Killing Babies in Abortions Up to 12 Weeks | The...

As a result of the vote, abortions will become legal for basically any reason up to 12 weeks of pregnancy and up to birth in “grave” health cases or if the unborn baby is diagnosed with a fatal disability.

Pro-life leaders warned that the language is overly broad and would allow unborn babies to be aborted for basically any reason on-demand.

“In England and Wales, the exact same wording has led to ‘abortion on demand.’ In 2018, 97.7% of abortions were performed under the ‘unspecified mental health’ grounds [according to government health statistics]. The same will inevitably happen in Gibraltar …” according to the Gibraltar Pro-Life Movement.

The new law does not require parental involvement for underage girls, so a 13-year-old girl could get an abortion – or be forced into one by an abuser – without her parents’ knowledge, the pro-life group said.

If one thinks about it 62% – while is the majority, isn't the whole of Gibraltar.

There's a lot of people on the other side. And as we know in this crazy world the majority has turned into mob rule. And even that is an illusion because it's only the appearance of the majority. Take the tens of thousands protesting in London; and the small number of officials making up the rules. Take the small amount of bent scientists calling the shots vs the hundreds of independent scientists coming forward about the scamdemic.

Now, abortion being touted as a "human right"?

This is a coordinated worldwide message; and Gibraltar was used once again as an example.

We live in a lunatic asylum. And Satan only inspires evil –

From The Way home or face The Fire:

"Being a woman teaches; through the pain of child-birth; self-sacrificing and suffering, in the name of real love (crucifixion), which makes them become less arrogant and less selfish, bringing humility and tenderness. Girls were always brought-up and taught to care for people, to teach them humility and love, through taking care of others, like Jesus taught by washing his disciples’ feet (John 13:5). Nurses are a very good example of this. Motherhood teaches self-sacrificing, by putting her children’s needs first, if she is a good mother (Chapter 3)." 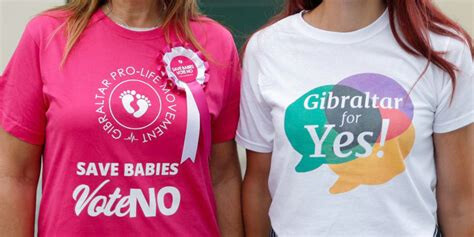 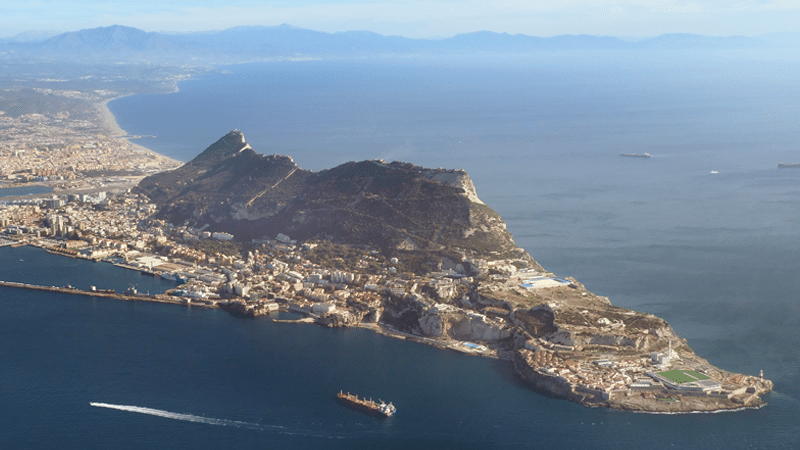 Robust laws protecting babies from abortion are to be abandoned in Gibraltar following a national referendum.

Robust laws protecting babies from abortion are to be abandoned in Gibraltar following a national referendum.

The Government of Gibraltar has pledged that new legislation, permitting abortion up to 12 weeks, will be introduced before the end of the month.

"It will change forever the value we put on the lives of our unborn babies."

Bill Gates would be proud.

2020 – Bill Gates Has Given $68 Million to Organization That Sells Abortion Pills Worldwide. It funds abortions and contraceptives. " Previously, the Gates Foundation committed major funding for abortion and contraception overseas. In 2015, the foundation was suspected of forcing African women to take dangerous contraceptives in an attempt to control the population... The Foundation also provides various abortion pills to third world countries and donates massive sums to Planned Parenthood, the largest abortion provider worldwide."

Leave it to Eugenicist Globalists to tie abortion into "women's rights" and get everyone on the bandwagon. 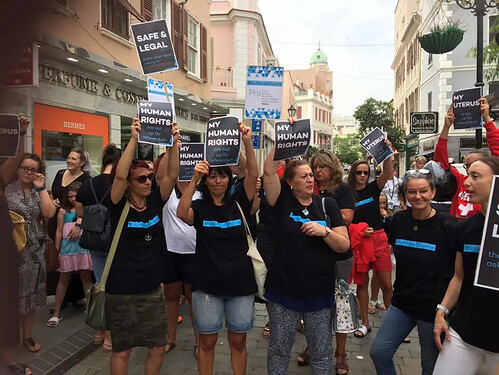 It's not about women's rights – its about population control and depopulation.

Besides fetal cells are a product they use in vaccines – Exposing medical crime as WITCHCRAFT: Vaccines are medical SORCERY – and other products – Which Companies Are Using Aborted Human Fetuses in Their Food?

THE influence of the Bill & Melinda Gates Foundation (GF) extends right into the heart of the British medical and science establishment. It has been funding British companies, charities, universities and public bodies for almost 25 years.