Most healthcare workers have no clue what they’re injecting into their patient’s muscle tissue, they just regurgitate what they hear from the top – the script that’s siphoned, censured, and “peer reviewed” by a highly experimental industry that can never be sued, for anything.

This is medical sorcery, these scientists, who engineer sickness by breeding it in infected animal cells (think chicken eggs), even including African Green monkey kidney cells, and then combining all that with multiple, live virus strains and MRC-5 abortion cells that have been genetically manipulated. 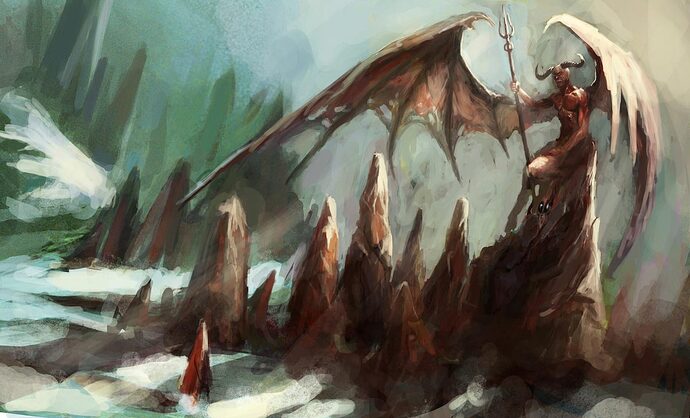 Witchcraft or Vaccines? Covid-19 vaccine will contain GMOs and “continuous”...

Vaccine sorcery is underway folks, and you if don’t learn how to read vaccine literature right now, you are in for a rude awakening. Most healthcare workers have no clue what they’re injecting into their patient’s muscle tissue, they just regurgitate...

NURSE SEEING PHARMACY FOR WHAT IT REALLY IS – WITCHCRAFT.

MUST WATCH (before it’s removed ): This video is embedded in the above article. A forensic nurse blows the whistle on abortion cells in vaccines becoming cancerous.

“The aborted human cells used in vaccines come from lung tissue and are considered “abnormal” cells because they keep dividing, spreading, multiplying in the human body after being injected, and that is the definition of cancer.”

King of kings’ Bible – Galations 5:19-21
Gal 5:19 Now the works of the flesh are manifest, which are [these]; Adultery, fornication, uncleanness, lasciviousness,
Gal 5:20 Idolatry, pharmacy, hatred, variance, emulations, wrath, strife, seditions, heresies,
Gal 5:21 Envyings, murders, drunkenness, revellings, and such like: of the which I tell you before, as I have also told [you] in time past, that they which do such things shall NOT inherit the Kingdom of God.

King of kings’ Bible – Sura 21:1-3
Sura 21:1 Closer and closer to mankind comes their Reckoning: yet they heed not and they turn away.
Sura 21:2 Never comes (anything) to them of a renewed Message from their Lord, but they listen to it as in jest,-
Sura 21:3 Their hearts toying with trifles. The wrong-doers conceal their private counsels, (saying), "Is this (one) more than a man like yourselves? Will ye go to witchcraft with your eyes open?"

The Reason Why things are the way they are:

“When we look at who is responsible for this 'accident', it doesn't really seem to be so much of an accident at all. The main companies behind G.M. research, are also, I believe, involved in the production of drugs and antibiotics for human use. Looking at it from an entirely material ( monetary ) point of view, as the ruthless businessmen running these drug companies would, I believe that it is to their benefit that peoples' immune-systems are depleted, because people would then need more antibiotics and drugs to stay healthy, which would create a greater demand for them and more business for the drug companies.” (Source - The Reason Why)

Might be worth keeping tabs on articles at Vaccine News 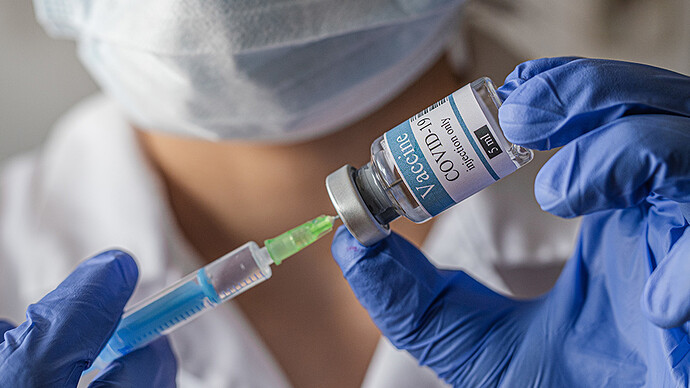 Pro-lifers everywhere had better think long and hard about what they plan to do in the event that state or local governments try to mandate vaccination for the Wuhan coronavirus (COVID-19) once a jab is commercially released because chances are those...

Alternatives exist but are not getting as much press as Modernas vaccine work.

For Immediate Release: March 31, 2020 (Clearwater, FL) For the second time in less than a week, Children of God for Life is calling out the pharmaceutical industry for the use of aborted fetal cell…

Big Pharma is not your god. 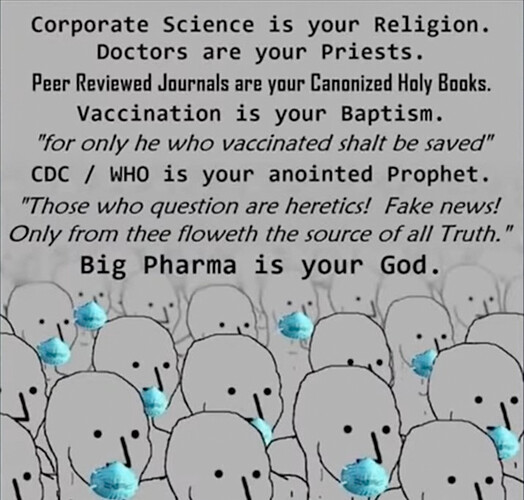 Matthew 6:23 But if thine eye be evil, thy whole body shall be full of darkness. If therefore the force (energy) that is in thee be darkness, how great [is] that darkness!
Matthew 6:24 No man can serve two masters: for either he will hate the one, and love the other; or else he will hold to the one, and despise the other. Ye cannot serve God and materialism.

Read The King of kings' Bible

NIH Concedes It Has No Studies on Injecting Aluminum Adjuvant

NIH Concedes It Has No Studies - The dangers of aluminum based adjuvants have been well documented. Read for more info

This admission is incredible. Despite injecting babies with thousands of micrograms of this toxic substance... NIH does not have a single study supporting involving the injection of this substance that would support its safety.

Everything is being being brought out into the open 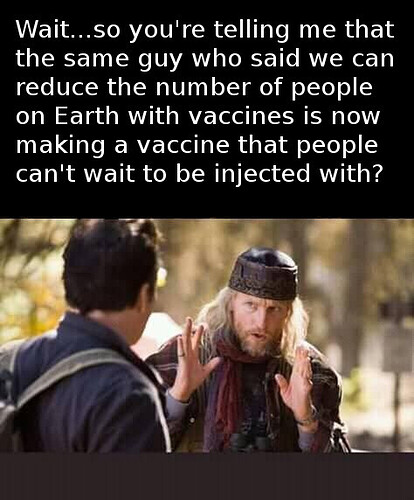 just as the Children's Health Defense Team has so well pointed out in this article:

The Persuasion Game: Manipulating Intention to Get a Covid-19 Vaccine

Last December, the world’s leading vaccine experts met in Geneva and acknowledged that vaccine confidence was in the toilet. Despite the public health establishment’s best efforts to mock and dissipate “vaccine hesitancy,” these experts, convened by the World Health Organization (WHO), confessed that the number of citizens and health professionals raising questions about vaccine safety was spiraling out of their control. One of the attendees—a WHO-affiliated anthropologist who has made a career out of fine-tuning vaccine messaging and rebranding vaccine concerns as “rumors”—even admitted that there was no legitimate science to back up vaccine proponents’ bald assertions about safety... 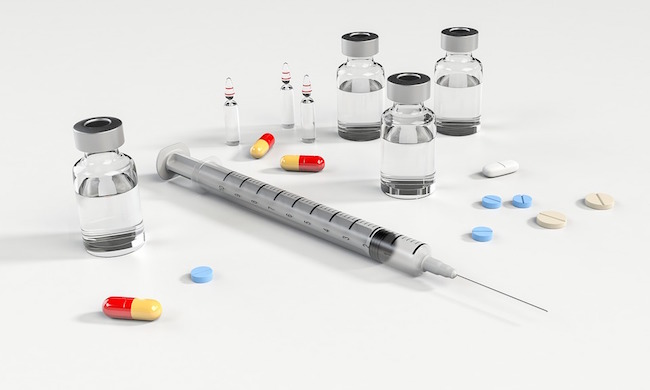 DR. JUDY MIKOVITS SAYS 50 MILLION WILL DIE IN U.S. FROM COVID VACCINE - DR. SHERRY TENPENNY AGREES (Videos) from What They Don't Want You To Know Part 1 Part 2 - HOW MANY PEOPLE

We need to stop this Satanic practice of human sacrifice.

Rachel Elnaugh interviews Dr Carrie Madej, who has directed two large medical clinics in the state of Georgia, USA. Since her twenties she has been fascinated by vaccines and studied them ever since. Her in depth research led her to discover what the proposed technologies are for the new COVID-19 vaccines. What she is revealing is alarming (2:32min). Vaccines made from a human blood sacrifice

Dr. Madjec - They have to get the living cells from a living fetus. A baby has to be born with a beating heart. It’s a blood sacrifice. I can tell you testimonies on this. I read the doctor’s, researcher’s diaries. They purposely deliver the baby in the sack and bring it to the laboratory. They either take scissors and cut through the face while it’s alive or cut through the chest while it’s still alive; or take a needle and puncture it in the heart while it’s still alive. They say they do that because they need the cells to be that fresh, but I cannot see by science the justification of that. I don’t believe that at all.

People need to know we are doing that to our own babies and I doubt the mother’s know that they are doing that. I believe they are just telling them the baby is dead already. You know they call 20-week old, or 14-week old, or 16-week old babies embryos. The researchers will call them that to justify what they are doing. When that cell line is cloned, they purposely make the cell line immortal, which means it’s cancer. They purposely make that baby’s cell line into a cancer cell line; and that is part of the vaccine. Almost every vaccine we have, they have those cell lines in there – the cancerous fetal cell lines. And many of them come from really bad genetic lines; and we can transpose some of those genes into our genome.

Defending-Gibraltar has featured Dr. Carrie Madej’s popular video exposing the nanotechnology in this Covid-jab with its transhumanism goal - Transhumanism/ "Human 2.0": A wake-up call to the world about what's coming in the new mRNA vaccines

She was also featured in this video – Warning for Humanity: Covid19 Vaccine.

2 Likes
Gibraltar and the Abortion Debate