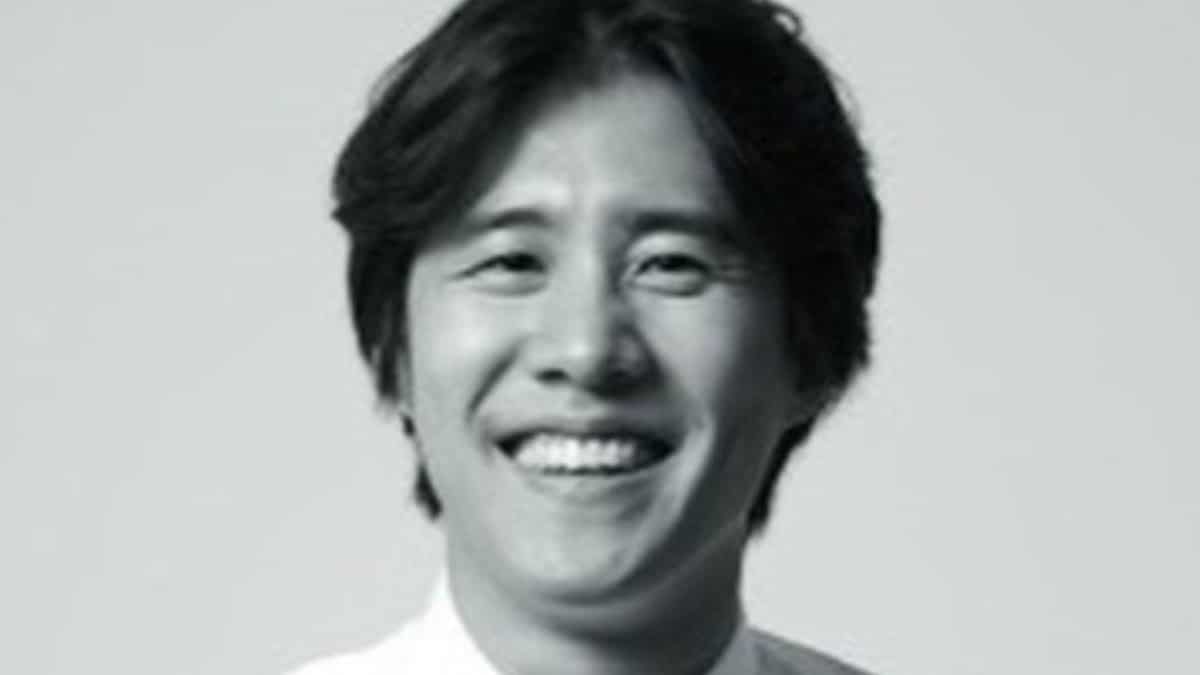 The South Korean actor Na Chul is no more. The actor, who was well known for his roles in Netflix's 'Little Women', 'Happiness Jirisan' and other popular shows, passed away at the age of 36.  As per the reports, Na Chul breathed his last in the...

The South Korean actor Na Chul is no more. The actor, who was well known for his roles in Netflix's 'Little Women', 'Happiness Jirisan' and other popular shows, passed away at the age of 36.

As per the reports, Na Chul breathed his last in the hospital where he was undergoing treatment for his health, which deteriorated rapidly recently. As per The Star, he died due to "exacerbated health issues." His health issues and the exact cause of death have not been revealed.

His funeral will be held on January 23 in Seoul.

The report blames the deaths on Covid-19 and not on the vax bioweapons. 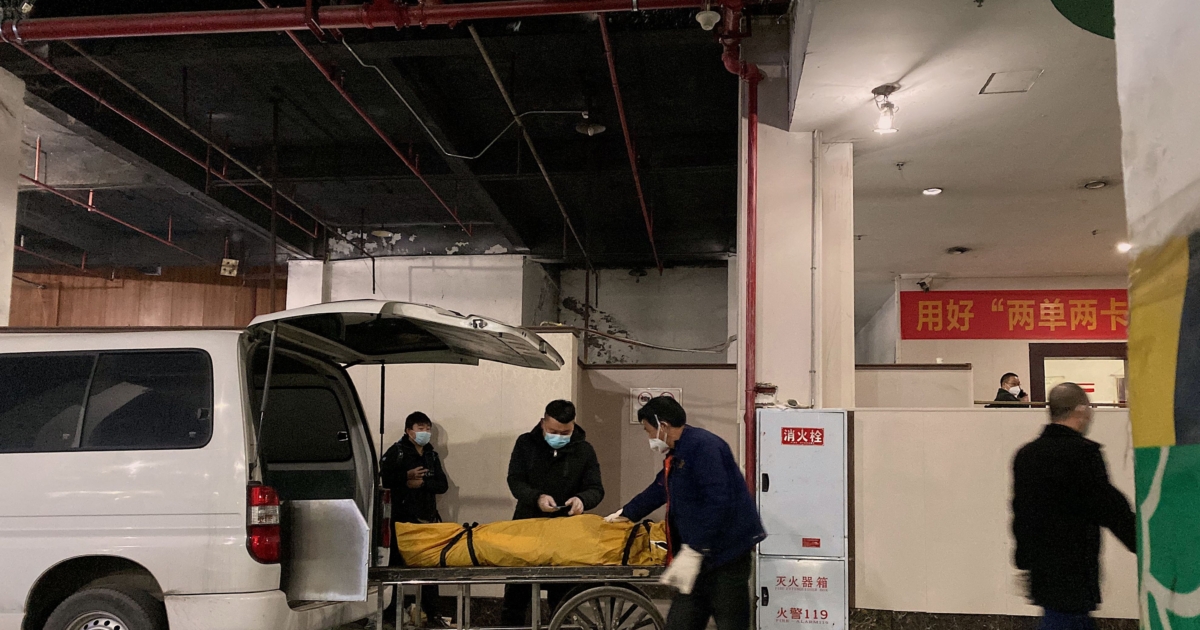 Death Estimate for One Chinese City 2 Times Higher Than Official Toll for...

China’s official COVID-19 death toll is facing new questions. The death toll in one single city is now twice as high as the official death toll for the whole country.

The death toll in Shanghai, China’s financial hub, has been increasing dramatically since early December when the Chinese Communist Party lifted pandemic restrictions.

Reporters from NTD’s sister media, The Epoch Times, reached out to Shanghai’s funeral homes by phone. Analyzing their public data, they estimate that right now, at least 2,640 human remains are being burned daily in the city—10 times the amount for a normal year.

Even running at this speed, the city’s current funeral home capacity still can’t cover demand. There are now about 30,000 corpses on wait lists for cremation. The longest wait time at one local funeral home is two weeks.

Removing the estimated numbers of natural deaths from that tally, about 125,000 people in Shanghai could have died of COVID-19 from the beginning of December to last week. That’s more than twice the death toll the Chinese Communist Party recently announced for the whole of China, which sits at 60,000.

Simon Dunn, an Olympic bobsledder and rugby player who came out as gay and later became an activist for LGBTQ rights, died suddenly on Saturday. He was 35. The athlete’s body was discovered in his home on January 21st, according to the New South...

Simon Dunn, an Olympic bobsledder and rugby player who came out as gay and later became an activist for LGBTQ rights, died suddenly on Saturday. He was 35.

The athlete’s body was discovered in his home on January 21st, according to the New South Wales police.

Dunn’s cause of death is still unclear but the authorities have stated that his death is not viewed as suspicious.

“About 10 am on Saturday, January 21, 2023, police were called to a unit on Crown Street, Surry Hills, after reports the body of a man had been found inside,” New South Wales police said in a statement.

“The body is believed to be that of the 35-year-old occupant. Officers from Surry Hills Police Area Command have commenced inquiries into the circumstances surrounding his death, which is not being treated as suspicious,” authorities continued. 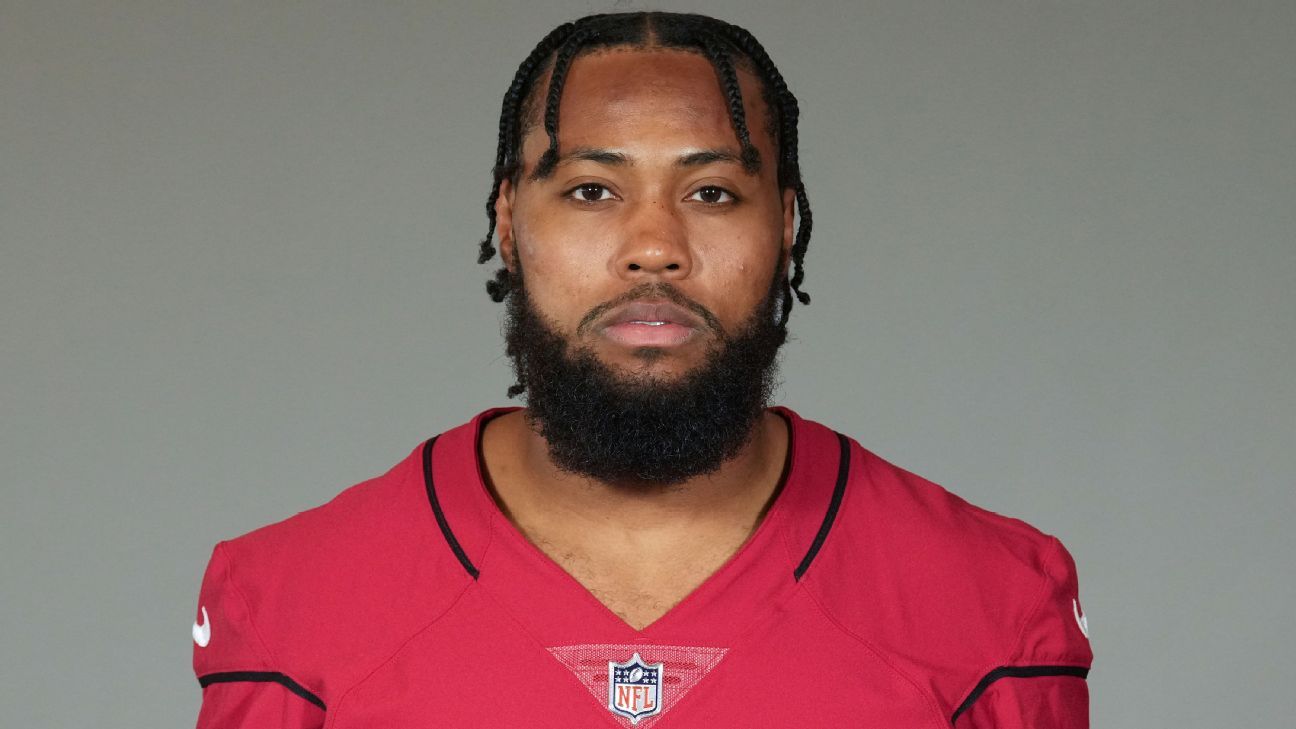 Jessie Lemonier, who appeared in seven games with the Lions in 2021 and recently signed with the USFL, has died at the age of 25, the team announced.

No details have been released on the cause of death.

Lemonier, who was drafted by the XFL's Arlington Renegades in November, instead recently signed with the USFL's Houston Gamblers for the upcoming season before being traded to the Birmingham Stallions.

He appeared in seven games with the Lions during the 2021 season, finishing with 15 total tackles and 1.5 sacks. He signed with the Arizona Cardinals last summer and registered a sack in a preseason game but was later released during training camp.

"We are shocked and saddened to learn of the passing of former Detroit Lion Jessie Lemonier," the Lions said in a statement. "Jessie was a model teammate and wonderful young man who is gone far too soon. Our thoughts and prayers are with his family and friends during this difficult time."

His agent, Drew Smith of DEC Management, told ESPN that Lemonier and his girlfriend were expecting a child.

Lemonier, a native of Hialeah, Florida, originally signed with the Los Angeles Chargers as an undrafted free agent out of Liberty in 2020. He saw action in six games, making two tackles.

Teen Who Taught Hundreds of Kids How to Swim Dies Suddenly After Cardiac Arrest: 'Shocked and Devastated' 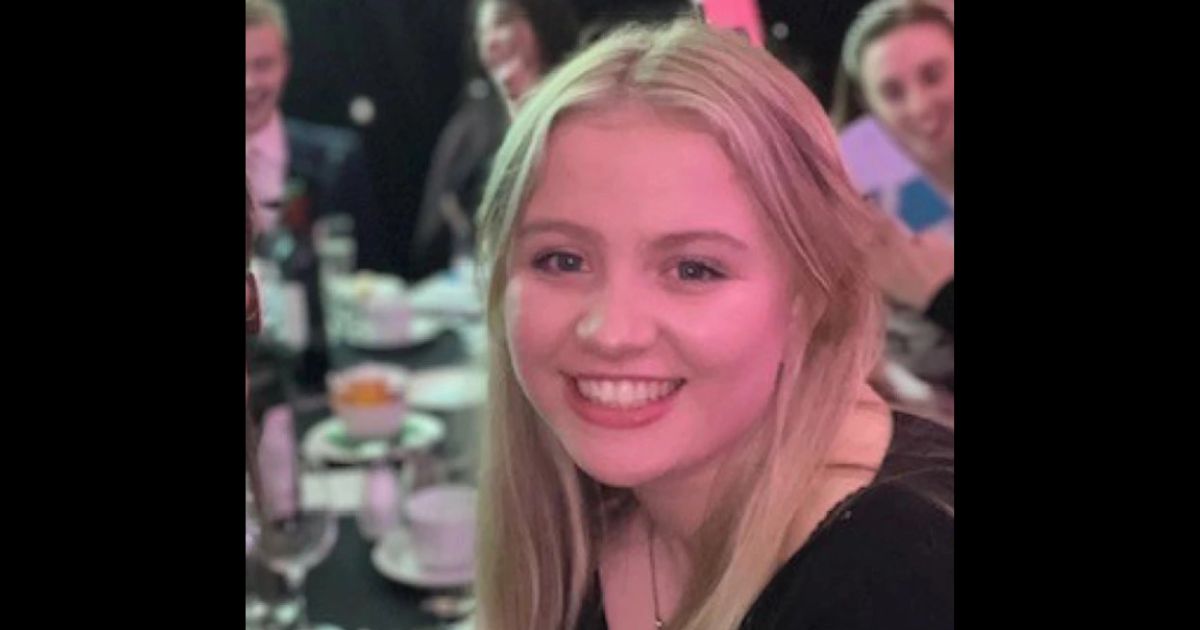 Teen Who Taught Hundreds of Kids How to Swim Dies Suddenly After Cardiac...

A 19-year-old British swim instructor has died of cardiac arrest; "the most kind and caring girl we have had the pleasure of knowing."

A 19-year-old British girl who died of cardiac arrest is being remembered for her kindness.

Details of the death of Mia Jennings were sparse, and no public mention was made of her medical history, but there was no mistaking the affection in which she was held.

“We are sharing with great sadness that our dear colleague Mia Jennings passed away this weekend after suffering a cardiac arrest.,” Football Player Collapses Suddenly After Suffering from Cardiac Arrest During...

On Saturday, a football player suddenly collapsed after suffering from a cardiac arrest during the Beitostlen cup in Norway, local media Valdres and NRK reported. The player, who has yet to be identified, collapsed suddenly two minutes into the game....

On Saturday, a football player suddenly collapsed after suffering from a cardiac arrest during the Beitostlen cup in Norway, local media Valdres and NRK reported.

The player, who has yet to be identified, collapsed suddenly two minutes into the game.

CPR was performed and they used the hall’s defibrillator to revive the player, and two minutes later, he was breathing again.

He was immediately sent by air ambulance to Ullevål hospital.

It didn’t seem like we would be able to save his life, so it was a tough blow, Hilmen added.

According to reports, the player who collapsed suddenly was a senior player for the team Vest-Torpa.

In light of recent events, Beitostlen Cup has been postponed for the rest of this weekend.

‘A friend to anyone’: Beloved tennis player dies after collapse on Summerlin court 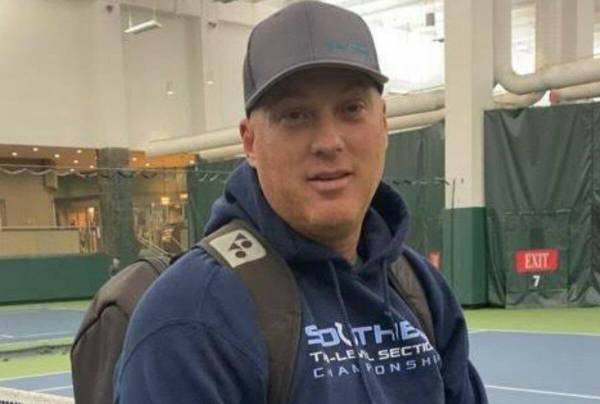 ‘A friend to anyone’: Beloved tennis player dies after collapse on Summerlin...

Ryan Vannah was in the tiebreaker of a mixed doubles tennis match on Sunday afternoon at Red Rock Country Club when he dropped to a knee.

The 43-year-old, with a lifelong passion for the sport and whose teams at Red Rock Country Club had recently celebrated a pair of national championships, placed his hands on the hard court and lay down.

Doctors watching the match rushed to perform CPR, but after 55 minutes of medical attention, his heart never restarted. 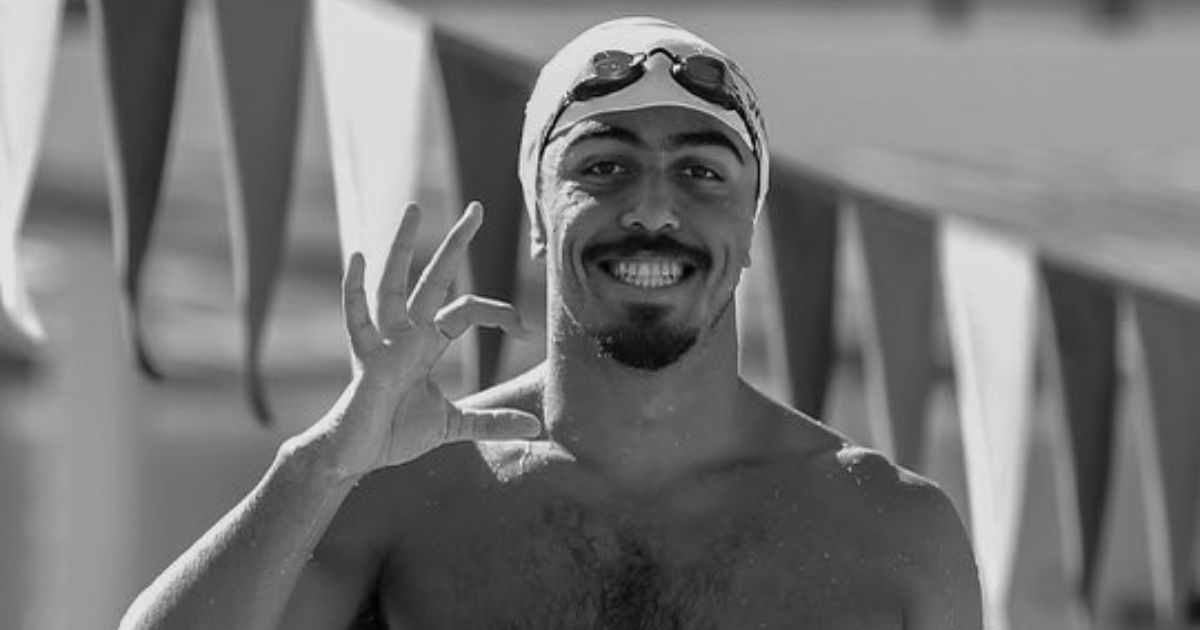 Ty Wells, a recent graduate of the University of Arizona and a member of the university's swim team, died unexpectedly at 23.

Ty Wells, a recent graduate of the University of Arizona and a member of the university’s swim team, died unexpectedly on Friday. He was 23.

The cause of his death has not been disclosed, according to the Arizona Daily Star.

“Several people close to the program [said] that rumors circulating that the death was caused by a motorcycle accident are untrue, and that the Arizona medical examiner is still working to determine the cause of death,” SwimSwam reported.

A statement posted on Arizona’s athletic department website said Wells swam for the university from 2018 to 2022. 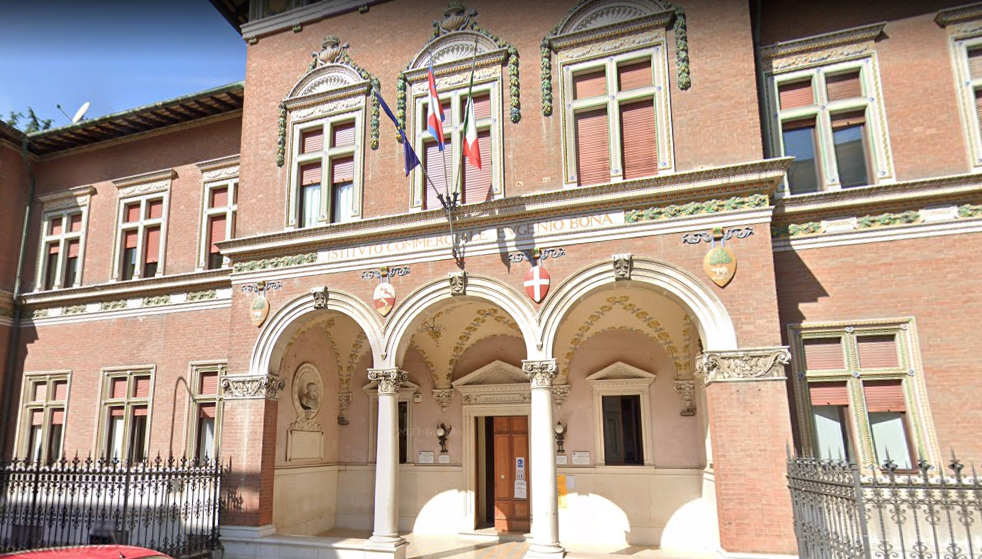 HEARTBREAKING news from Italy after a teenage girl died suddenly after collapsing while at school earlier this week. Eighteen-year-old schoolgirl Asia

HEARTBREAKING news from Italy after a teenage girl died suddenly after collapsing while at school earlier this week.

Eighteen-year-old schoolgirl Asia D’Amelio died suddenly after collapsing at her school in Biella, a city and comune in Italy’s northern region of Piedmont on Tuesday, January 31

According to reports, Asia, who attended the Eugenio Bona Technical Commercial Institute in Biella, was in class on Tuesday, January 31 when she suddenly collapsed to the ground.

The girl’s teacher immediately called the emergency services and the teenager was rushed to hospital, however, despite the best efforts of the doctors, Asia was pronounced dead.

Italian news outlet Secolo noted that the schoolgirl, who was in her final year, fell to the ground without regaining consciousness.

The outlet added that there was disbelief among friends and classmates, as well as family members, as to the sudden death of Asia.

The school’s principal Raffaella Miori told the newspaper that the girl was fine prior to her collapse.

“Nothing suggested a tragedy. We are all destroyed. Tomorrow the intervention of a psychologist is expected at school to try to deal with the mourning,” Miori said on January 31.

The Mayor of Biella, Claudio Corradino Sindaco, paid tribute to the girl on Wednesday, February 1.

“I have learned with shock and shock of the tragedy that leaves us all speechless,” he wrote on Facebook.

“As mayor of this city, but also in a very personal way, I express my deepest condolences and closeness to the family of Asia D’Amelio, for the sudden and heartbreaking disappearance of the young 18-year-old.”

He added: “The entire administration that I represent would like to express their most heartfelt condolences at this time of grief and disheartening. I understand that nothing can ease such a pain, but it is important to stick together around family and friends in Asia.”

A Detroit high school boys basketball player was rushed to the hospital Tuesday and remains on life support after suffering a cardiac event in a game.

A Detroit high school boys basketball player was rushed to the hospital Tuesday night and placed on life support after suffering a cardiac event during a game.

Vitti wrote in an email obtained by the Free Press that Woods was given CPR before being rushed to Henry Ford Hospital, about a mile away from the school. The superintendent wrote that Woods was placed on life support at the hospital and "the next 24 hours are critical for his survival."

A DPSCD spokesperson told the Free Press on Wednesday afternoon that Woods remained on life support.

Vitti also added that the correspondence was sent with permission from Woods' legal guardian, his aunt, and that the family is asking for "prayers, thoughts, and/or well wishes for his recovery."

Woods seemingly was a multi-sport athlete at Northwestern, based on his Hudl page highlighting his time as a football player for the Colts.

[image] In advance of this week’s compilation of reports of “sudden deaths” throughout the world, I’m posting several pieces—from the US, Canada, Ireland, Cyprus, Sri Lanka and Australia—variously indicating that the global toll of “vaccination” is accelerating so dramatically, with so many people “dying suddenly” that it will soon be quite impossible to hide from anyone, except the clinically insane. And what will happen then? What fresh hell will They unloose to change the subject? Or wi…