In the film "Close Encounters", as the mother-ship comes down over the Rock, three different people, in three different locations, (three times) to make absolutely sure that everyone has the opportunity to take notice, they say, "My God.", which of course He is.

(The New Jerusalem, see Rev. 21:2,10) will then go to the Jerusalem on Earth and collect those from the two tribed House of Judah (the Jews) who finally accept Christ as their True King (saying 'Blessed is He that cometh in the name of The Lord' in fulfillment of Jesus' prophecy about this event in - Luke 13:35).

21:2 And I John saw the Holy City, "New Jerusalem", coming DOWN from God OUT OF HEAVEN, prepared as a Bride adorned for her husband.
21:10 And he carried me away in the spirit to a great and high mountain, and showed me that great City, the Holy Jerusalem, DESCENDING OUT OF HEAVEN from God,

Then later, when The Ark is removed to Gibraltar (His Rock of Defense - Isaiah 33:15-16; Koran Sura 52:1-8) the gathering of the righteous of the ten-tribed House of Israel will be completed in preparation for the New Jerusalem (a city?) to come down out of heaven and collect them. The Space Ship(!)(The New Jerusalem, see Rev. 21:2,10) will then go to the Jerusalem on Earth and collect those from the two tribed House of Judah (the Jews) who finally accept Christ as their True King (saying 'Blessed is He that cometh in the name of The Lord' in fulfillment of Jesus' prophecy about this event in - Luke 13:35).

We are clearly living in The Last Days.
Many people can see that, now, in the latter-half of the 20th century (the Last Days), those conditions are again plainly in evidence, especially Sodomy/homosexuality; lewdness and scoffing (Rev./Apoc. 21:8, 27 & 2 Peter 3 & 2 Tim. 3), for all to see and so, thereby, recognise "The Signs of The Times" (Matt. 16:3) and that Christ must come, or, as he said himself, be here NOW

Why Christ is NOT a Christian… 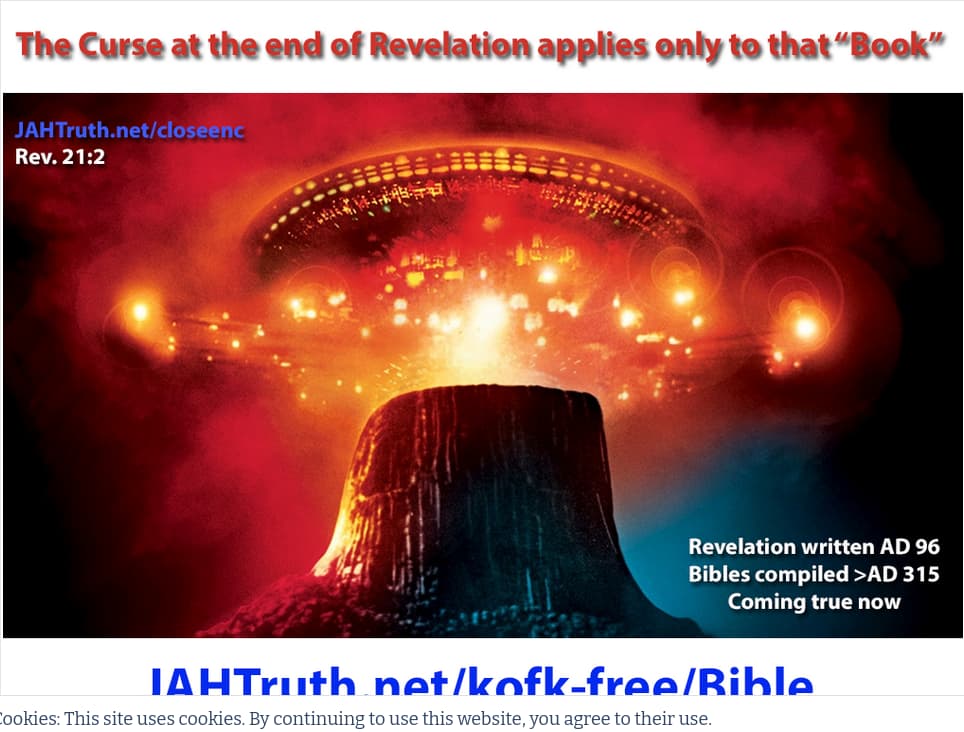 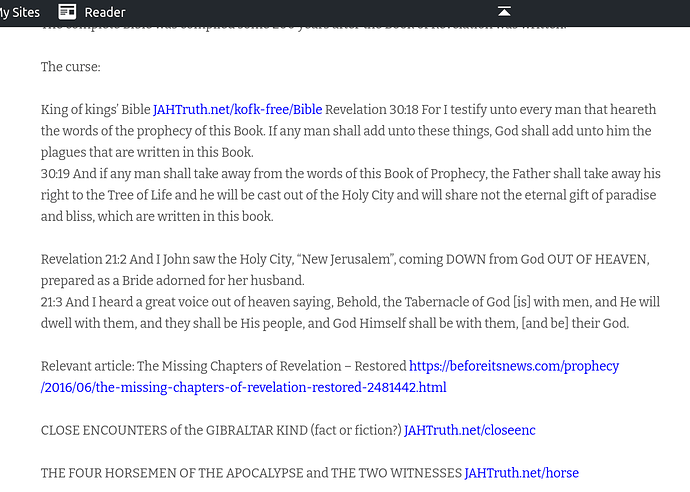 141. The Curse at the End of the Book of Revelation applies only to that “Book”

The complete Bible was compiled some 200 years after the Book of Revelation was written. The curse: King of kings’ Bible JAHTruth.net/kofk-free/Bible Revelation 30:18 For I testify unto every…

Matthew 10:6 But go rather to the lost sheep of the "House of Israel".
10:7 And as ye go, preach, saying, The Kingdom of heaven is at hand.
10:8 Heal the sick, cleanse the lepers, raise the dead, cast out devils: freely ye have received, freely give.
10:9 Provide neither gold, nor silver, nor brass in your purses,

15:24 But he answered and said, I am not sent but unto the 'lost sheep' of the "House of Israel" (the Ten "Lost" Tribes of Israel who became Christ's, at least in name).

18:11 For the Son of Man is come to save that which was Lost.
18:12 How think ye? if a man have an hundred sheep, and one of them be gone astray, doth he not leave the ninety and nine, and goeth into the mountains, and seeketh that which is gone astray?
18:13 And if so be that he find it, verily I say unto you, he rejoiceth more of that [sheep], than of the ninety and nine which went not astray.
18:14 Even so it is not the Will of your Father which is in heaven, that one of these little ones should perish.

John 10:2 But he that entereth in by the door (speaks the Truth) is The Shepherd of the sheep. 10:3 To him the porter openeth; and the sheep hear his voice: and he calleth his own sheep by name, and leadeth them out. 10:4 And when he putteth forth his own sheep, he goeth before them, and the sheep follow him: for they know his voice.

1 Thessalonians 4:13 But I would not have you to be ignorant, brethren, concerning them which are asleep, that ye sorrow not, even as others which have no hope.
4:14 For if we believe that Jesus died and rose again, even so them also which sleep in Jesus will God bring with him.
4:15 For this we say unto you by the Word of the Lord, that we which are alive [and] remain unto the coming of the Lord shall not prevent them which are asleep.
4:16 For the Lord himself shall descend from heaven with a shout, with the voice of the Archangel (Michael), and with the trump of God: and the dead (to "Self") in Christ shall rise first:
4:17 Then we which are alive [and] remain shall be caught up together with them in the "Clouds", to meet the Lord in the air: and so shall we ever be with the Lord.
4:18 Wherefore comfort one another with these words.

I was looking for the Phithx version of Stairway to Heaven and could not locate it, but now I have. 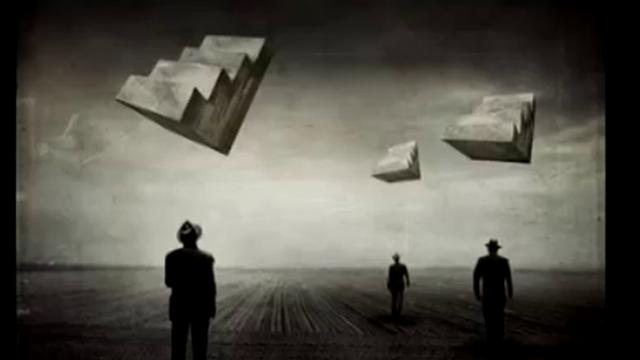 Stairway to Heaven by Led Zeppelin with Lyrics and Interpretation

Read the post/thread at Defending-Gibraltar that contains this video: Crown Prince Michael in Gibraltar and a Proposal For Elizabeth https://defending-gibraltar.net/t/crown-prince-michael-in-gibraltar-and-a-proposal-for-elizabeth/3809 If you CAN…

Stairway to Heaven by Led Zeppelin with Lyrics and Interpretation

You're certainly welcome. Thank-you too.

I was looking for the Phithx version of Stairway to Heaven and could not locate it, but now I have.

A favorite of many. 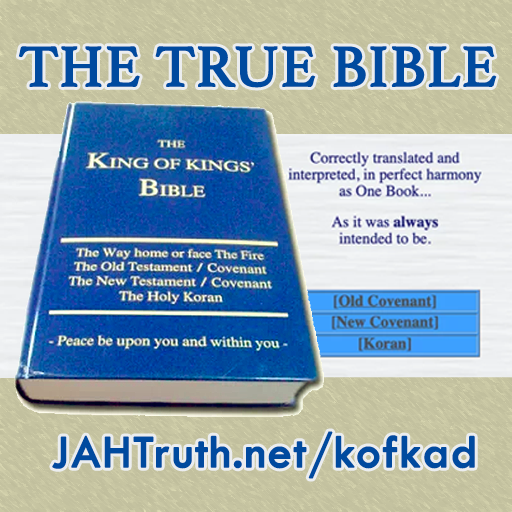 The True Bible is The King of kings' Bible - Gibraltar Messenger

Written by Peter O. – The word "The True Bible" started dropping into my mind. I landed on the JAHTruth site. I came to understand the word telepathy (and now) I have a clearer understanding of The Holy Bible and Holy Koran. 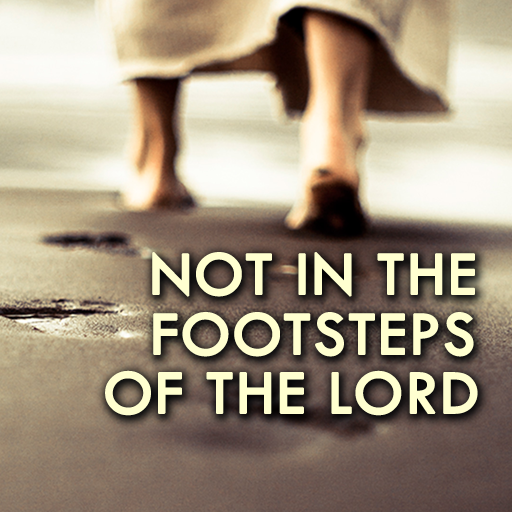 Not in The Footsteps of The Lord - Gibraltar Messenger

They suffer from cognitive dissonance, choosing to believe their religious dogma, instead of Scripture and absolutely reject scripture in favour of their religious false teachings and dogma – Christ.

Christ is the stairway to heaven
Genesis 28:12 And he dreamed, and behold a ladder set up on the earth, and the top of it reached to heaven: and behold the angels of God ascending and descending on it. 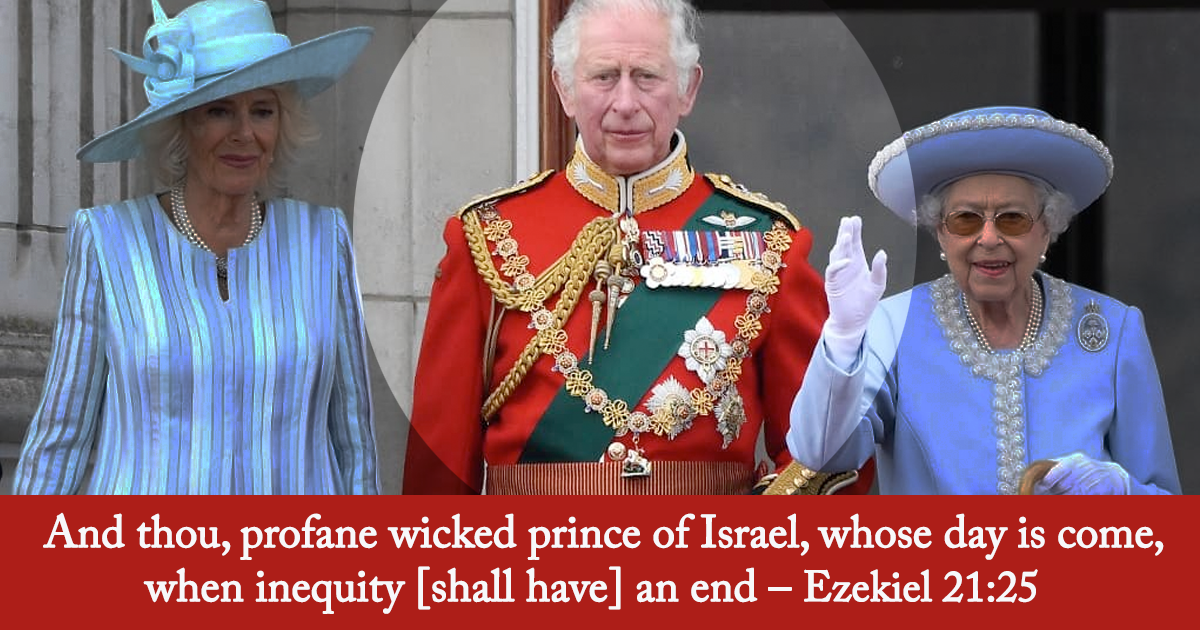 Ezekiel 21:25 And thou, profane wicked prince of Israel, whose day is come, when inequity [shall have] an end. Charles, karma is about to catch up with you for all your inequity.

On Defending-Gibraltar, with the current letters -

[image] Ezekiel 21:25 And thou, profane wicked prince of Israel, whose day is come, when inequity [shall have] an end 14 September – by Editor-in-Chief Charles, karma is about to catch up with you for all your inequity. PLEASE READ THESE LETTERS TOO: 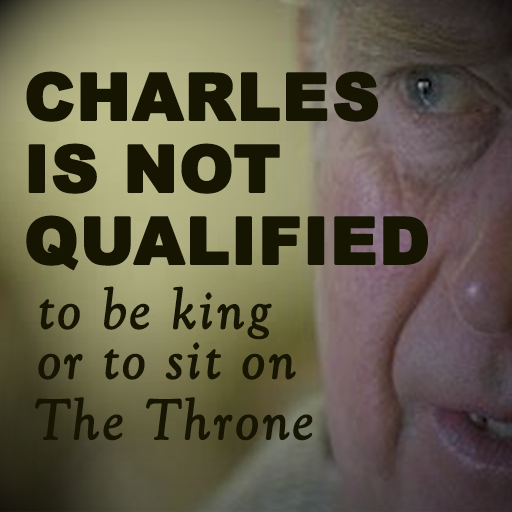 Zedekiah was the last king of Judah before their 2nd captivity. He ignored Jeremiah the prophet. You can help Gibraltar escape the 3rd prophesied captivity of British-Isreal. Listen to Christ. Irrefutable Facts about The British Throne and Christ - Gibraltar Messenger

The Scriptural Marks of Christ and of the True People Israel offer proof that The British Throne IS the Davidic Throne of Israel; that Coronation Stone, Jacob's Pillar, Stone IS The Throne. God prevented Elizabeth or her heirs from being crowned upon... 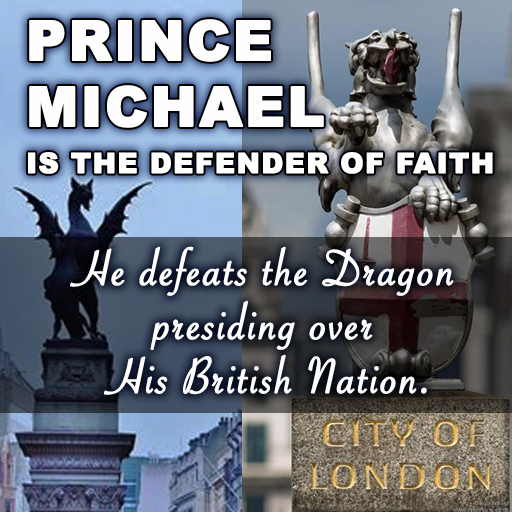 Charles as Defender of Faith is Another Sick Joke - Gibraltar Messenger

Charles cannot be the Defender of Faith by doing the opposite of what Christ instructed. He cannot be King to the British Nation by breaking its Covenant with God. Neither the Church of Scotland nor England recognize Christ as King.

"Charles as Defender of Faith is Another Sick Joke"

A sick joke indeed. The devil is a liar. Satan lies. THEY LIVE. THEY (EVIL).

...our impulses are being redirected. We are living in an artificially induced state of consciousness that resembles sleep… ...the movement was begun eight months ago by a small group of scientists who discovered, quite by accident, these signals being sent through television... ...the poor and the underclass are growing. Racial justice and human rights are nonexistent. They have created a repressive society and we are their unwitting accomplices... ...their intention to rule rests with the annihilation of consciousness. We have been lulled into a trance. They have made us indifferent, to ourselves, to others, we are focused only on our own gain. We ha... ...please understand, they are safe as long as they are not discovered. That is their primary method of survival. Keep us asleep, keep us selfish, keep us sedated... ...they are dismantling the sleeping middle class. More and more people are becoming poor. We are their cattle. We are being bred for slavery. The revolution... ...we cannot break their signal, our transmitter is not powerful enough. The signal must be shut off at the source.

The street preacher says: “They have taken the hearts and minds of our leaders. They have recruited the rich and the powerful and they have blinded us to the Truth , .. outside the limit of our sight, feeding off us, perched on top of us from birth to death are our owners…. they own us … they control us…. they are our masters. Wake up.”

Only when the main character “Nada” (Nothing) is given the ability to remove the blindness from his eyes and "see" things as they really are*, in “black and white”, as God has told everyone to do via His Law (which explains what is right and wrong in black and white – no shades of grey) and the Prophets, is he able to start to fight back against the forces of evil who are disguised as figures in authority, both politicians and their uniformed thugs who help them to enforce their will, instead of God’s Will.
Excerpted from THEY LIVE (WE SLEEP). As History Tends To Repeat Itself – What Will Happen To The Third Carrying That Fateful Name? Charles I executed. Charles II exiled. Ill-fated Charles TBA. 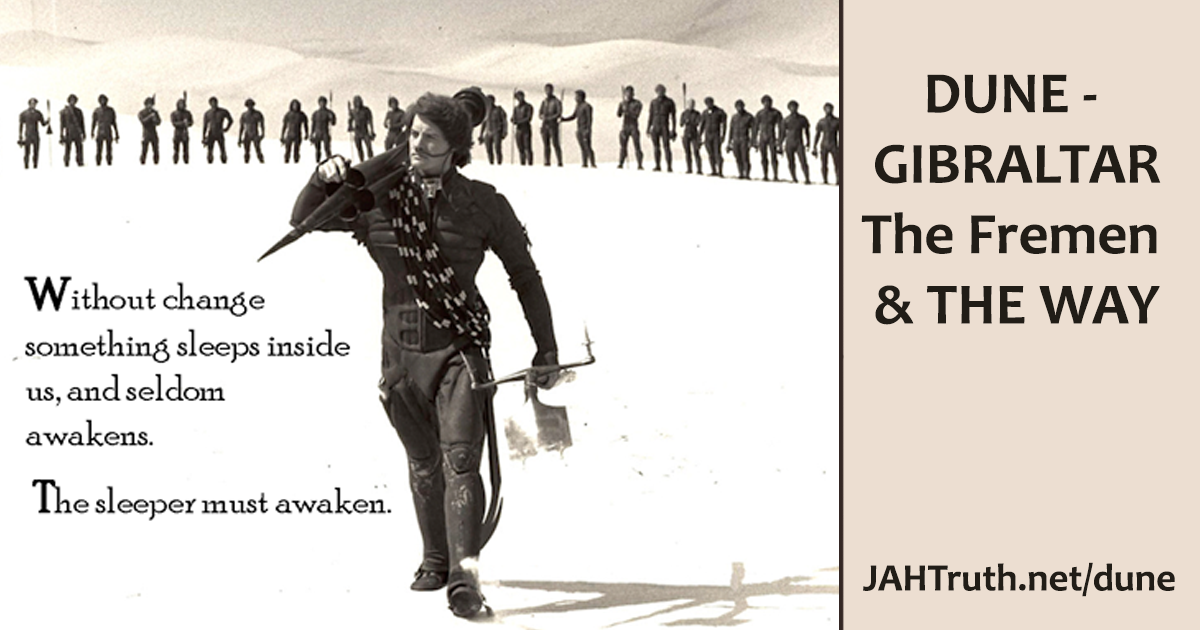 Written by Maria – David Steel, Think critically and objectively about this matter, make a fresh start. Do the right thing before it's too late. Please make the necessary steps and awaken the people of Gibraltar about Christ's Second-Coming. 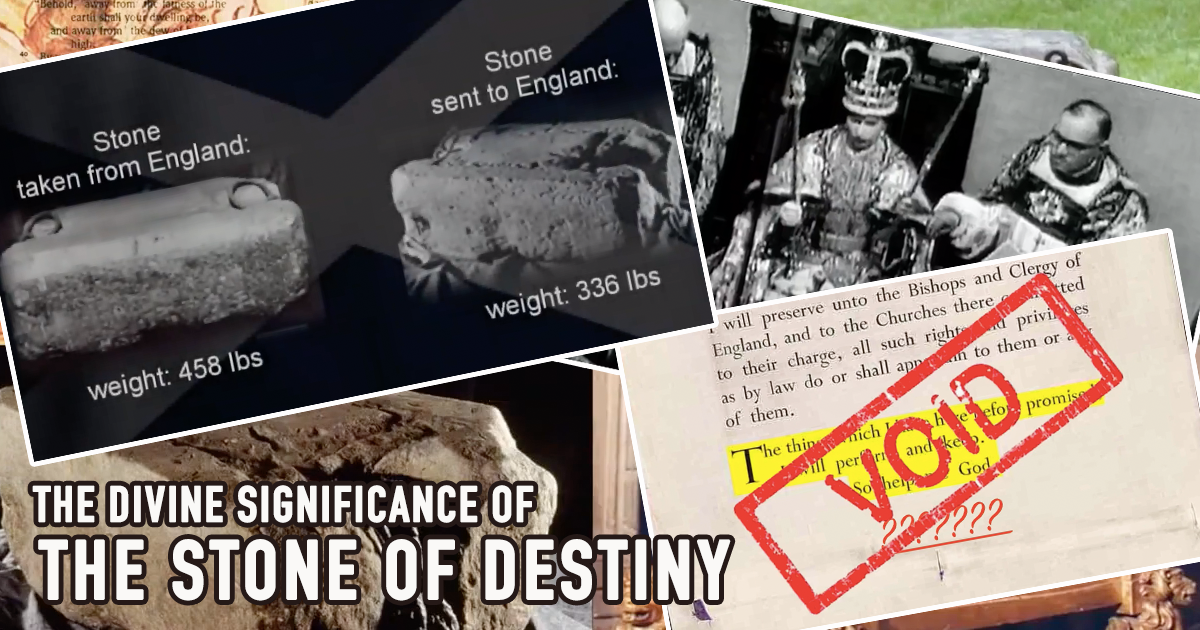 The Divine Significance Of The Stone of Destiny

A Common Law Jury, presented with the all of the facts, unanimously reached the verdict that Elizabeth was NEVER the lawful monarch. And neither is Charles. 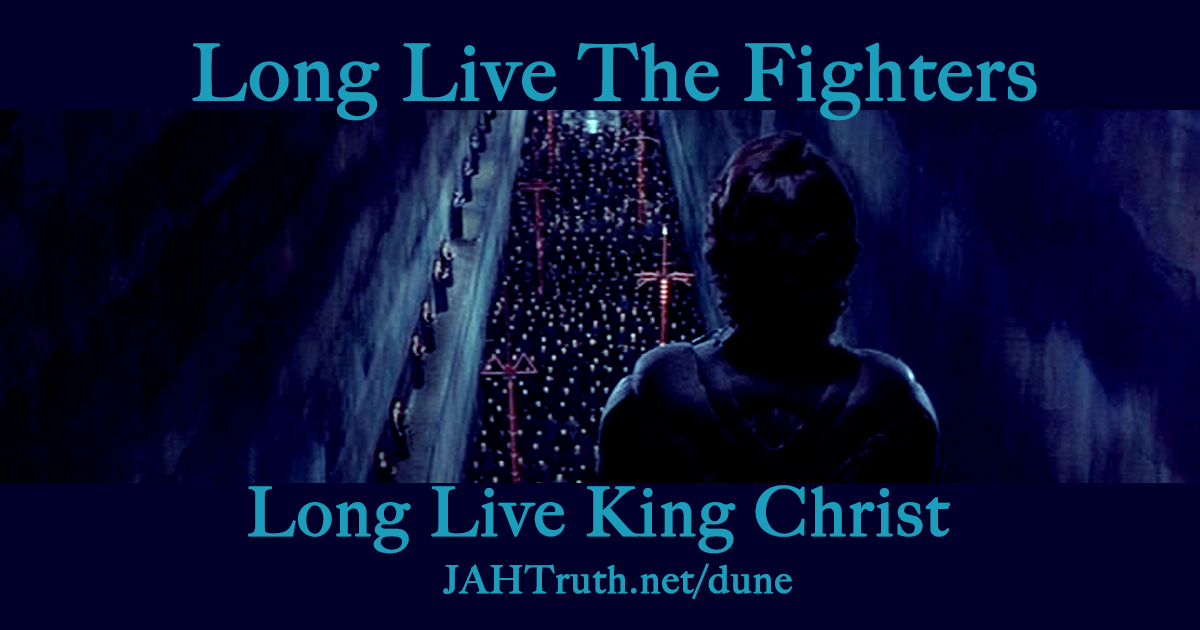 Written by Douglas – Rejoice, you people of Gibraltar. You are in the vicinity where you can spiritually and literally reach out to our Saviour.

For more about this topic and the letters associated with it: