The evil powers that be MUST consider her a real threat. 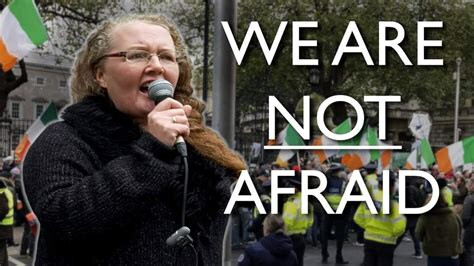 A warrant for the arrest of UCD professor and anti-lockdown campaigner Dolores Cahill has been issued in England.

A warrant for the arrest of UCD professor and anti-lockdown campaigner Dolores Cahill has been issued in England, following a controversial rally she spoke at in central London.

Prof Cahill reportedly told the hundreds of people who had gathered in Trafalgar Square last September that vaccines could make people sick, and could give them multiple sclerosis and allergies.

Court records show that Prof Cahill now faces a warrant for her arrest, which was issued at Westminster Magistrates Court last week.

The reason for the warrant was given as a ‘failure to answer bail’ and related to two charges connected to a rally held in Trafalgar Square on September 19, 2020, for a protest against virus restrictions and mass vaccinations.

Well, given that Dolores Cahill mentions God's Law in "You want science, I'll give you science" she needs to get The Challenge Document and challenge Elizabeth's Sovereignty and Jurisdiction.

The Challenge Document can be found on J for Justice.

PS - Her arrest is making MSM. Besides being a real threat, they are also sending a message to others. Same old game. 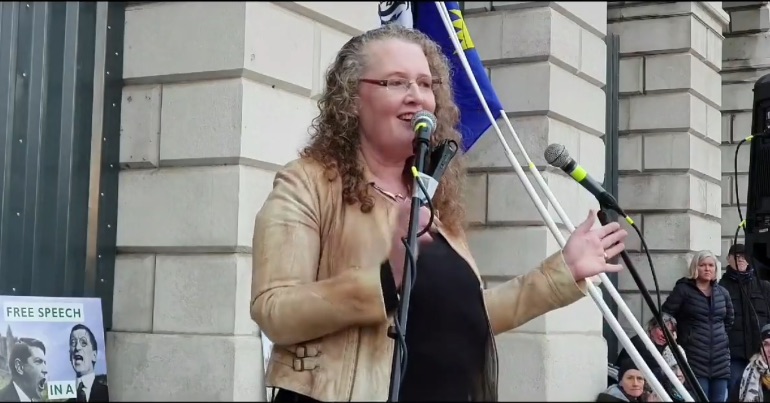 A UK court has issued an arrest warrant for UCD professor Dolores Cahill after she failed to appear in court in relation to two charges.

No wonder T.H.E.Y. are afraid of her - moves and countermoves -

Professor Cahill warns globalists: ‘The game is up’

Professor Cahill warns globalists: 'The game is up' - GreatReject

"The game is up," emphasized Professor Cahill. "They are afraid that people will get together in, say, the pub or at the soccer club to discuss these things."

Cahill, affiliated with University College Dublin, issued a firm warning to the globalists: “Everyone who has contributed to the suffering and death is liable. In every country, there are at least 10 people who are most responsible: the prime minister, the minister of health, the minister of justice, the head of the regulator and the newsreaders.”

Actually her credentials as an expert should be frightening to them. Intimidation is the game, which is why they issued an arrest warrant and make the news about her arrest, not her expertise and message.

"In every country, there are at least 10 people who are most responsible" – ARE YOU LISTENING GIBRALTAR? Crimes Against Humanity Committed in Gibraltar – Christ demands that the RGP Commissioner and Governor Arrest and Prosecute the Perpetrators

Dr Mike Yeadon wrote in response to her arrest – "Those lies and deliberately awful policy responses have caused scores of thousands of avoidable deaths. I call it MURDER since most were predictable, such as suppressing safe & effective treatments & endorsing emergency use authorisation of dangerous, ineffective & superfluous gene-based products."

ARE YOU LISTENING GHA? Former head of Clinical Governance launches proceedings against GHA after making claims of preventable harm and deaths

This is another great speech by Dolores Cahill, coincidentally given on the day her arrest warrant was issued (20min) - She explains why the warrant was issued and she is well aware of the intimidate game.

Cahill also described how she got into her profession. She was a farm girl. A pharmaceutical company had come into the valley and was poisoning the farms. Her dad was involved in providing samples as 17 of their cows were born deformed and dead.