THERE'S ONLY ONE LAW - THE REST IS FORBIDDEN LEGISLATION

Simply render all legalities null and void - see ‘Challenge’ below.

While “Article 61 of Magna Carta lawful dissent” correctly disavows legislation, it is itself a piece of forbidden “legislation” (see 2)!

The One and Only, and Real Law, that the monarch pledges allegiance to, is God’s Laws (see 3).

3. The Only Law - all BAR countries

The incoming monarch, who heads the BAR worldwide (British Accreditation Registry), affirms in their coronation Oath, “I will to the UTMOST of my power maintain The Laws of God.”

With their hand on the Sovereign’s Authorised 1611 king James Bible - and Mrs. Elizabeth A. M. Battenberg also kissed it. 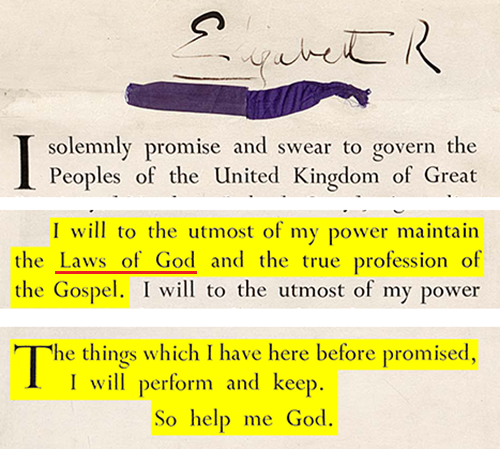 Ask your accuser/s to show their authority, which will be a piece of (fraudulent) legislation.

Give them this ultimate Law defence:

Romans 13 and Titus 3:1, which are fraudulently used to justify legislation, both obviously refer to God’s Laws; not legislation (Matt. 5:17-20).

Magna Carta is effectively the word of monarchy, whereas the (complicit) priesthood correctly affirms at the coronation that the Bible is “the lively Oracles of God.”

The Authorised 1611 king James Bible is significantly more widely published than Magna Carta – the most published Book on earth.
The King of kings’ Bible correctly interprets the king James, and is now the most accurate Bible on earth.

4 Likes
HERE’S WHY VACCINES ARE TOTALLY INSANE - UNMASKING THE SCAM (includes 5G, 4G, 3G)
"And for this cause God shall send them strong delusion, that they should believe a lie:"
Stand UP X Protests UPDATED
DOTS August 12, 2020, 8:55am #2

I see that you’ve hyperlinked the verses above.

If anyone is interested in reading the King of kings’ Bible, it is available online. 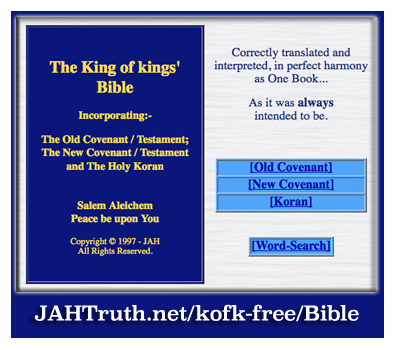 The title is hyperlinked and its URL is http://jahtruth.net/kofk-free/Bible

True Israel (U.K. and America) needs a new incoming Monarch (The Lord). Nothing less will do. 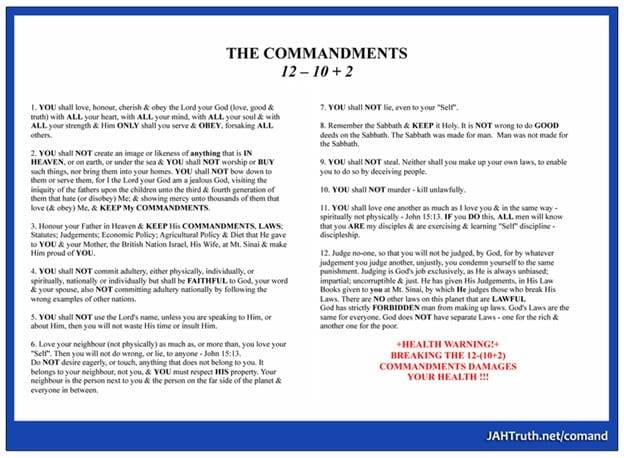