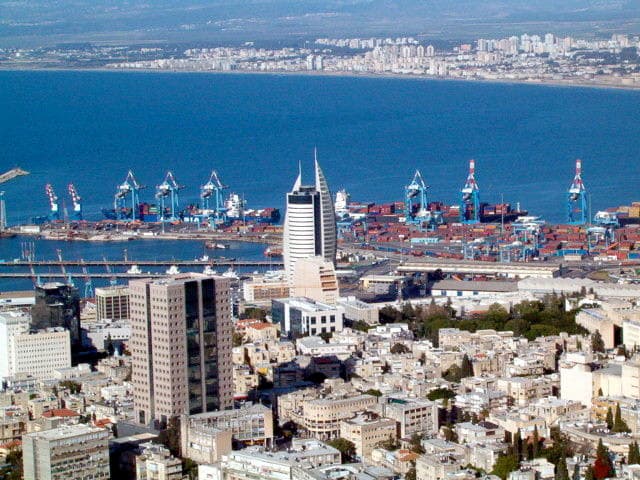 Dubai's DP World has pulled out of a joint bid with an Israeli company to privatise Israel's Haifa port, Israel's privatisation body said, Trend reports with reference to Reuters.

Israel is selling its state-owned ports and building new private docks in an effort to encourage competition and lower costs.

DP World had signed an agreement with Israel Shipyards Industries for exclusive cooperation in the privatisation of the Haifa port, one of Israel's two main sea terminals on its Mediterranean coast.

But in a statement released late Thursday, Israel's Government Companies Authority said DP World had requested to end its participation, and that Israel Shipyards Industries had asked to continue on its own.

Why is the State of Israel privatizing its Haifa Port, one that is used by the US? And one they have already allow the CCP trojan horse in?

"Since the purchase of the Port of Piraeus in Greece, Beijing has continued to acquire ports in the Mediterranean.

China’s recent deal with the State of Israel to operate its Haifa Port is yet another example. Shanghai International Port Group is set to manage the State of Israel’s largest port at Haifa; and another Chinese firm was recently awarded a contract to build a new port in Ashdod, next to Israel’s main naval-base. Both deals have Washington and Israeli generals concerned, as a new port will be built by Chinese state-owned enterprises. Israeli Brigadier General Shaul Horev said, “When China acquires ports it does so under the guise of maintaining a trade route from the Indian Ocean via the Suez Canal to Europe, such as the port of Piraeus in Greece. Does an economic horizon like this have a security impact?” At Haifa, the civilian Chinese port abuts the exit route of the Israeli naval-base, where its submarine-fleet is stationed – with one of the first concerns being Chinese control of strategic infrastructure and the possibility for espionage."

In the documentary China Rising, Australia's Darwin Port came into question because the CCP was allowed a 99-year lease, a lease that the goverment may now be revoking. {While they may be Chinese-Owned, we can read the CCP as all Chinese Companies must report back to the CCP.}

1 Like
Is China Turning Africa Into A Military Base?