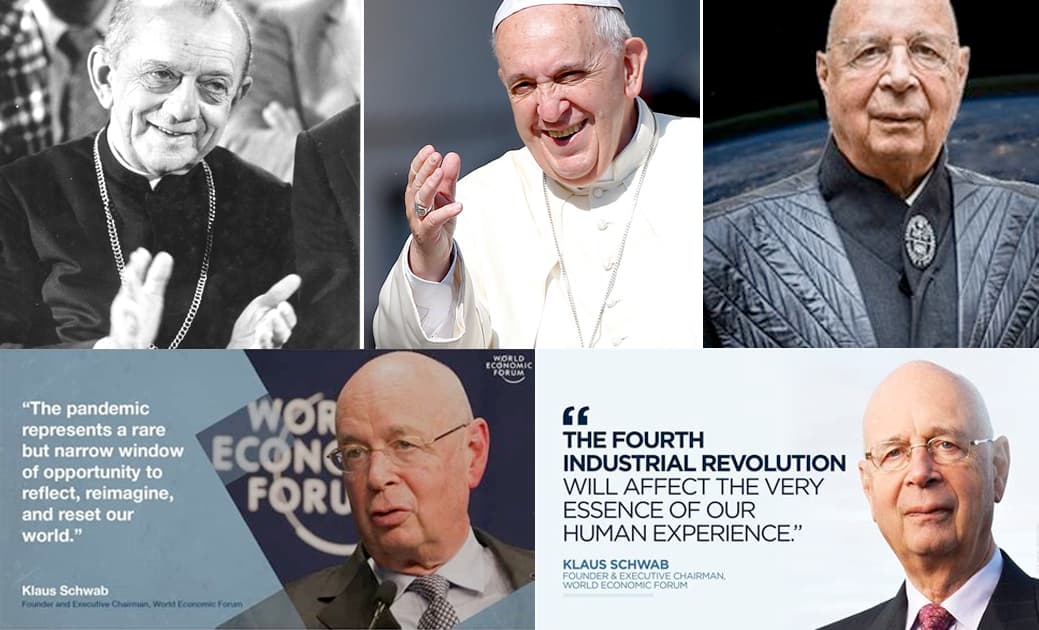 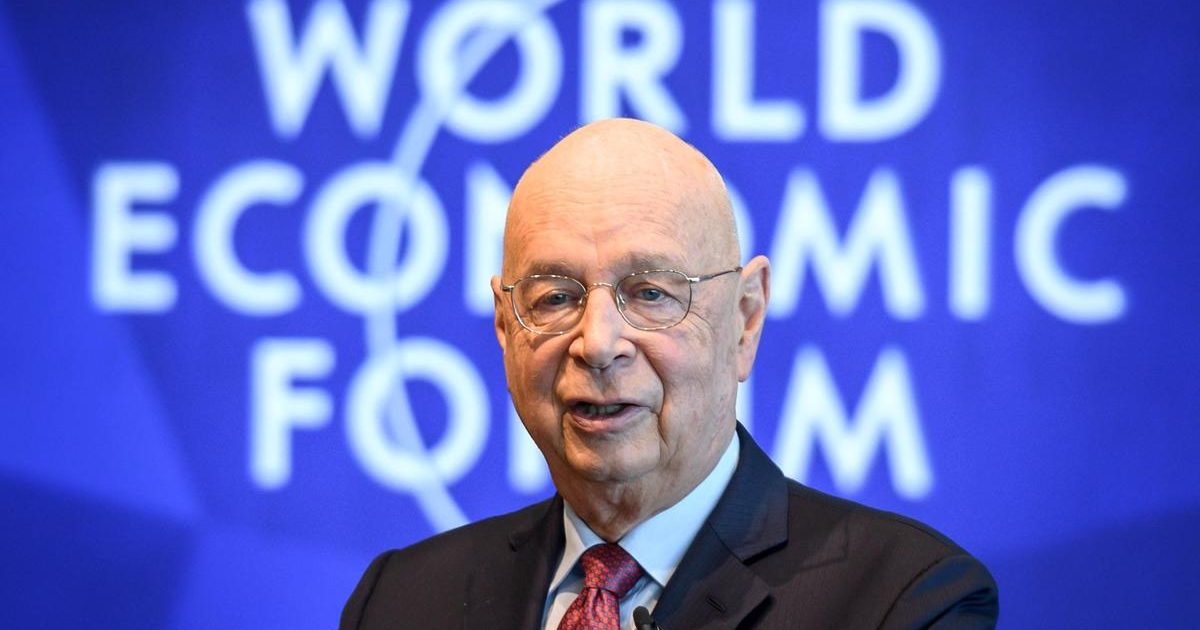 The Sinister Convergence of Klaus Schwab’s Great Reset with the Vatican and...

Amid the 2020 global covid lockdowns and economic dislocations it has caused, Klaus Schwab, a previously low-profile founder of a Swiss-based business forum, emerged on the world stage calling for what he called a Great Reset of the entire world economy, using the pandemic as driver.

He even published a book in July 2020 outlining his blueprint. It has been rightly called a technocratic society with global top-down central planning. Schwab uses global warming fears and the plight of the world’s poor to justify what is in effect a plan for global totalitarianism where, as the Davos website puts it, nobody will own anything.

What is not well-known is the fact that the inspiration for Schwab’s dystopian plans comes from a Catholic bishop whom he met in Brazil in the 1970’s. That bishop links Schwab’s vast globalist network with the powerful political influence of the present Pope Francis.

Far from a traditional Catholic priest, this bishop was known as the “Red Bishop” and endorsed Castro’s Cuba model, as well as the Mao Cultural Revolution in which millions of Chinese were killed or destroyed in a purge of the enemies of Mao. His name was Archbishop DOM HELDER CAMAR of Brazil, the leading early figure spreading the Church movement known as “Liberation Theology” during the 1960s and 1970s.

From Nazi to Communist?

Helder Camara made a transition from the two extremes of the political spectrum. In 1934 Camara was a leading figure in a pro-Mussolini Brazilian clerical fascist movement, Brazilian Integralist Action or Acao Integralista Brasileira (AIB). It was no casual involvement.

By the end of the war, in 1946, Helder Camara had somehow managed to transition from the pro-Mussolini and pro-Hitler fascism of the AIB to a pro-Marxist “progressivism”...

A Founder of Liberation Theology

A fellow Brazilian advocate of Helder Camara’s social activism for the Church, Father Leonardo Boff, stated, “What we propose is Marxism, historical materialism, in theology.”

In recent public statements Klaus Schwab, founder of the Davos World Economic Forum a half century ago, cited two men who he said changed his life.

For the year 1974 Schwab wrote, “At the 1974 European Management Symposium (today WEF), Dom Hélder Câmara, the Roman Catholic Archbishop of Olinda and Recife, Brazil, made a notable appearance, bolstering the Forum’s role as a platform for provocative yet vital voices.

In a 2013 visit to Brazil early in his papacy, Francis named Dom Helder Camara as someone who indelibly marked the “journey of the Church in Brazil.”

Notably, in 2014 Klaus Schwab extended a personal invitation to Pope Francis to address the Davos meeting. Francis has since written numerous such letters to Schwab and is listed by the World Economic Forum as an Agenda Contributor.

By 2015 Francis, who himself poses as the special guardian of the poor, had given his sanction to initiating the official process, by the Congregation for the Causes of Saints, to begin a process of Helder Camara’s “beatification.” Since then the present Pope has taken unprecedented political stands for Global Warming Green Agenda measures, vaccines against covid, support for gender equality, migration, wealth redistribution from rich to poor, and other social actions which have dominated his controversial papacy.

The relevant question to be asked is why the founder of the world’s most influential corporate globalization forum, Klaus Schwab, would embrace the founder of the Liberation Theology and the current liberal Pope Francis, the first-ever Jesuit Pope who slyly revives those ideas today?

The fusion of the ideologies of Francis and Schwab is a clever way of creating mass support, especially among younger and poorer people round the world for the wholesale attack on private property and on a stable middle-class required for the global corporatist Great Reset, a global technocratic fascism from above.

The Davos embrace of the Vatican agenda is far more sinister than it might seem. Their Great Reset is about the end to human liberty or freedom in favor of a new globalist agenda of total control, high-tech surveillance, mandated medications and massive income redistribution from the middle class of society down.

{these are only excerpts from a longer, detailed article featured on Irish Sentinel, which is well-worth the read.}

WEF & Klaus Schwab - Out for Blood and Brains (Surveillance)

Who's involved in Gibraltar - check out the COPS26 Thread.

Picardo: The 4th Industrial Revolution is about AI. It’s about automation. It’s about the IOT and how the automation will be enabled and can even be controlled remotely. All of that is a BRAVE NEW WORLD. 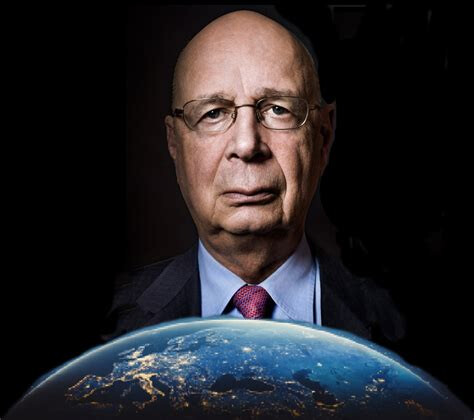 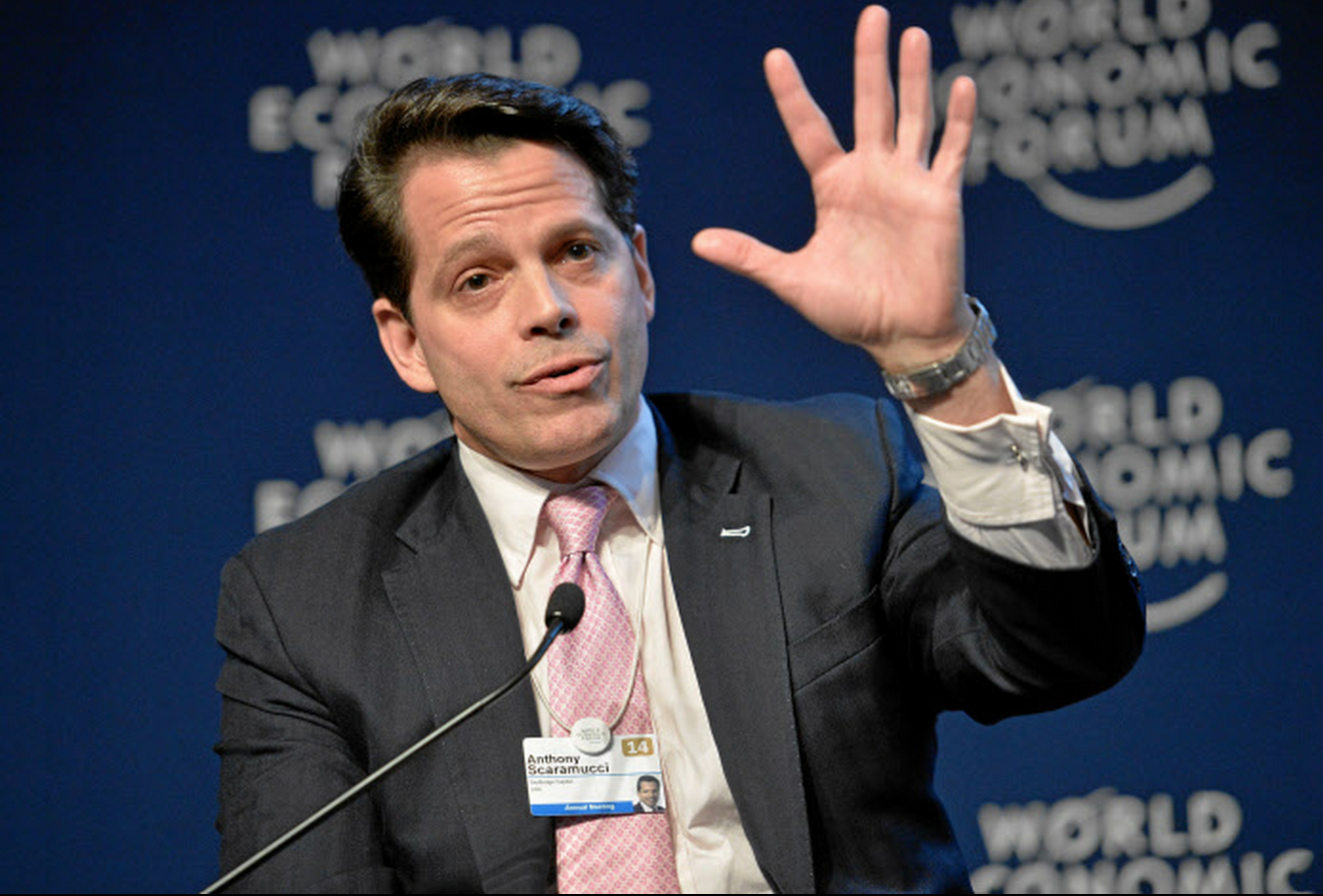 Longtime readers know that we have a small group of multi-billionaire globalists in our midst who think that the vast wealth they have earned or stolen somehow conveys upon them the authority to decide how the 99.99999 percent of the rest of the...

The title should include the words "And ownership", as in:

Remember he said, "You will own nothing and be happy."

Longtime readers know that we have a small group of multi-billionaire globalists in our midst who think that the vast wealth they have earned or stolen somehow conveys upon them the authority to decide how the 99.99999 percent of the rest of the planet should live.

For decades this small cadre of individuals has bonded together meeting at confabs like the World Economic Forum under phony templates like “climate change” where they discuss the latest schemes to cede more power unto themselves at the expense of the unwashed masses.

And the founder of the WEF, Klaus Schwab, is at the center of the latest plot for a globalist takeover, and he is using the COVID-19 pandemic as the vehicle, according to a shocking new report exposing the scheme.

According to RAIR Foundation USA, the plan is to create ‘COVID dictators’ who base their theft of civil liberties on the need to ‘protect’ us from a virus that has a far less deadly effect than past pandemics like the Spanish flu which broke out at the end of World War I (as if enough people hadn’t already died):

The German economist, journalist, and author Ernst Wolff has revealed some facts about Schwab’s “Young Global Leaders” school that are relevant for understanding world events during the pandemic in a video from the German Corona Committee podcast. While Wolff is mainly known as a critic of the globalist financial system, recently he has focused on bringing to light what he sees as the hidden agenda behind the anti-Covid measures being enacted around the world.

Covid Jabs are an Example of “Cell and Gene Therapy”. Endorsed by the WHO, Big Pharma, the EU AND WEF

It is no longer a conspiracy theory: In the course of this year's World Health Summit, Stefan Oelrich, CEO of pharmaceutical giant Bayer, referred to the mRNA jabs as “cell and gene therapy” in his speech.

It is no longer a conspiracy theory: In the course of this year’s World Health Summit, Stefan Oelrich, CEO of pharmaceutical giant Bayer, referred to the mRNA jabs as “cell and gene therapy” in his speech.

Mockingly, he explained that if one had asked people two years ago about their willingness to be “injected with gene therapy”, a “95 percent rejection rate” would have been likely. In his speech he also emphasized the good cooperation with the Bill and Melinda Gates Foundation to achieve a “sustainable” world – working together to reduce birth rates and shrink the world’s population.

Oelrich also made other interesting statements that revealed his end goal.

Oelrich is in the service of the “Great Reset”, the radical plan to establish world dictatorship. This was designed under the leadership of Klaus Schwab and the globalist elite who meet once a year at the World Economic Forum (WEF) in Davos, Switzerland. In the announcement of the “Great Reset”, the WEF also wrote that the COVID-19 “pandemic” would be ideally suited to achieve this goal.

According to Ernst Wolff, German author and journalist, we are sitting right in the middle of the Fourth Industrial Revolution, and expect, in the period ahead of us, the loss of millions and millions of jobs due to the introduction of artificial intelligence (“AI”). What has happened since March 2020 is according to a plan which can be read in books about the Fourth Industrial Revolution and the Great Reset by Klaus Schwab, whose World Economic Forum (“WEF”) plays a key role in this whole agenda. – UK Government is colluding with the WEF on Artificial Intelligence for The Great Reset – The Expose