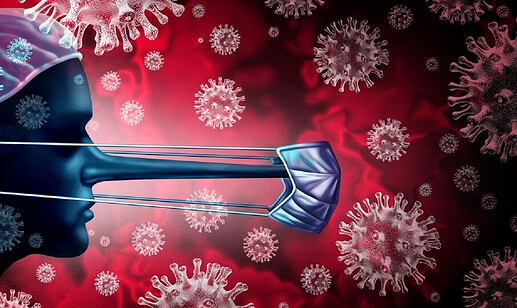 “Instead of explaining that covid is renamed seasonal flu and that differences among variants are too minor to matter, the public throughout the West is carpet-bombed with fear-mongering fake news that’s all about pushing people to be jabbed with toxic drugs designed to destroy health and kill.”

“They seek control over planet earth, its food supply and other resources, along with all aspects of our lives — with diabolical aims in mind, including abolition of what remains of personal freedoms, ruler-serf societies replacing what once existed.”

It was just a matter of time before another flu/covid scariant was introduced as part of US/Western fear-mongering mass deception to try convincing refusniks to be jabbed with Pharma created toxins.

According to the pro-mass-jabbing Gavi Vaccine Alliance, a so-called lambda scariant “ripped through Peru and is now spreading globally (sic).”

Stopping short of calling it more dangerous than other flu/covid scariants, Gavi claimed that “Peru has the highest number of (flu/covid) deaths per capita (sic).”

Reported numbers in the West and elsewhere are greatly exaggerated.

It’s part of a made-in-the-USA fear-mongering campaign to get maximum numbers of people to self-inflict harm from toxic flu/covid jabs.

The WHO is part of the diabolical scheme — in cahoots with US and other Western regimes.