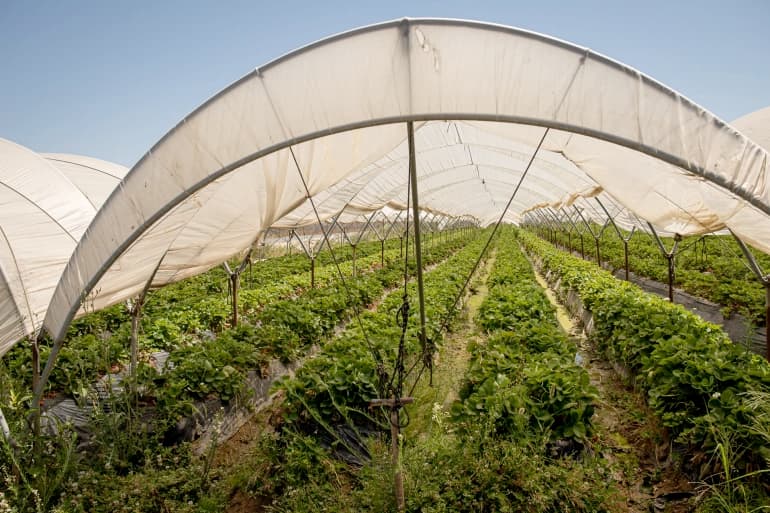 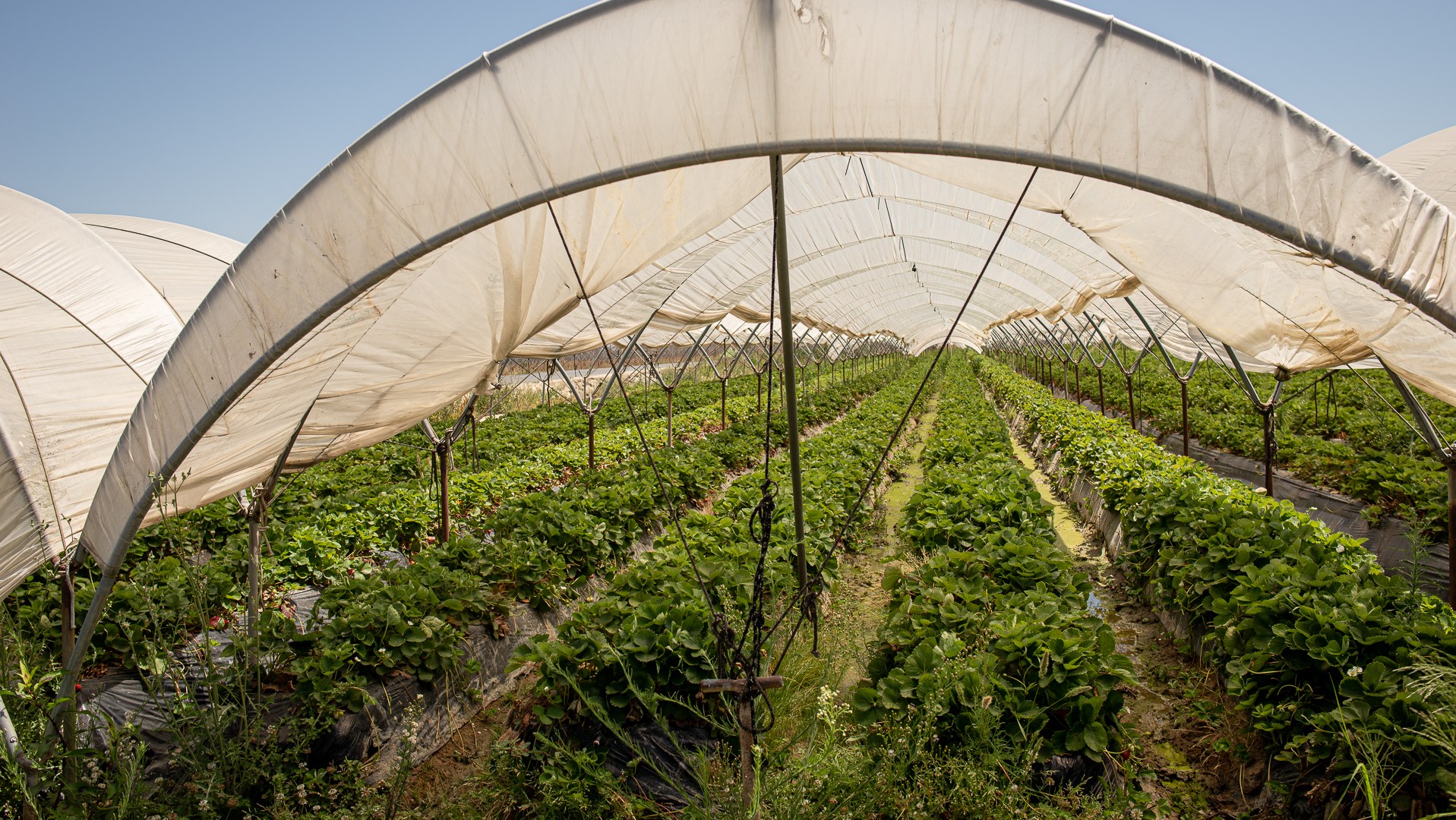 Huelva, Spain – On a sweltering July morning, Carlos Dávila surveys the parched earth stretching out in front of him. Summers are typically dry in Doñana National Park, but this year was exceptional.

“Look at the last time it rained here properly,” he says, shaking his head. “When was it?”

Following a dry autumn, a dry winter and a spring with little rain, a summer of record heatwaves and drought engulfed Spain.

Doñana, one of Europe’s most important wetlands, is a critical wintering spot and stopover point for birds migrating between Africa and Europe.

Its mosaic of ecosystems – marshes, ponds, forests and dunes – also provides refuge for an array of aquatic, mammal and plant species, several of which are rare and threatened.

“We’re reaching, we believe, a point of no return,” says Dávila, coordinator of the Doñana technical office of environmental organisation SEO/Birdlife.

The rise of red gold

In the 1980s, strawberry cultivation took off, with farmers cashing in on the higher profits earned from exporting what became known as “red gold” to Europe.

Pitted against one of Huelva’s economic engines, the conservation of Doñana has always come in behind, lamented Díaz Paniagua.

Interesting Quote - “I can’t imagine Huelva without the berry industry,” said David, a 30-year-old from the village of Almonte. “It would be a dark future.”

While he "can't imagine" Huelva without the berry industry, wonder if he would be able to imagine it without water or wildlife. That would be the dark future in my book. 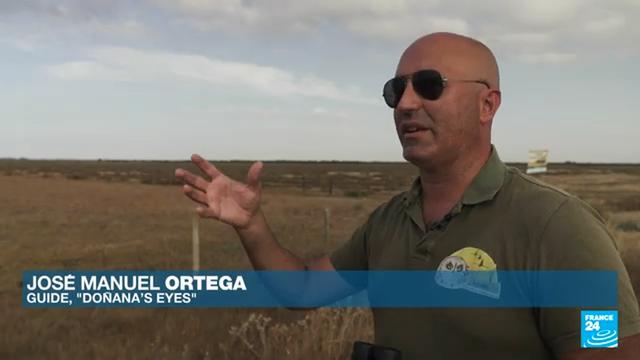 Read the post/thread at Defending-Gibraltar that contains this video: Pitted against profits, Spain’s biodiversity haven collapses https://defending-gibraltar.net/t/pitted-against-profits-spain-s-biodiversity-haven-collapses/4034 To survive what is …

This is the better way to go -

[image] The European Union's top court warned Spain on June 24th that it needs to do more to protect Doñana National Park, home to one of Europe's largest wetlands, which is threatened by intensive farming. Environmentalists have warned that over-extraction of water by neighbouring farms, often through illegal wells, is causing the lagoons and marshlands to dry out. The area around the park is a major producer of strawberries, blueberries and raspberries. Green groups also complain that la…

Spain Scolds Iberdrola Over ‘Scandalous’ Draining of Reservoir The Spanish government dealt out a rebuke to Iberdrola SA after the utility’s hydropower activities caused water levels at a reservoir in the west of the country to drop dramatically, sparking outrage from nearby communities. The Ricobayo reservoir, in the western province of Zamora, is about 11% full after the Bilbao-based utility drained 1,000 hectometers in about five months, according to gov While the above article deals wi…

In the headlines again -

Europe's most important wetland is suffocating due to a lack of water. The last freshwater lagoon in the Spanish national park of Doñana, has dried up.

Spain’s Doñana wetlands are drying up 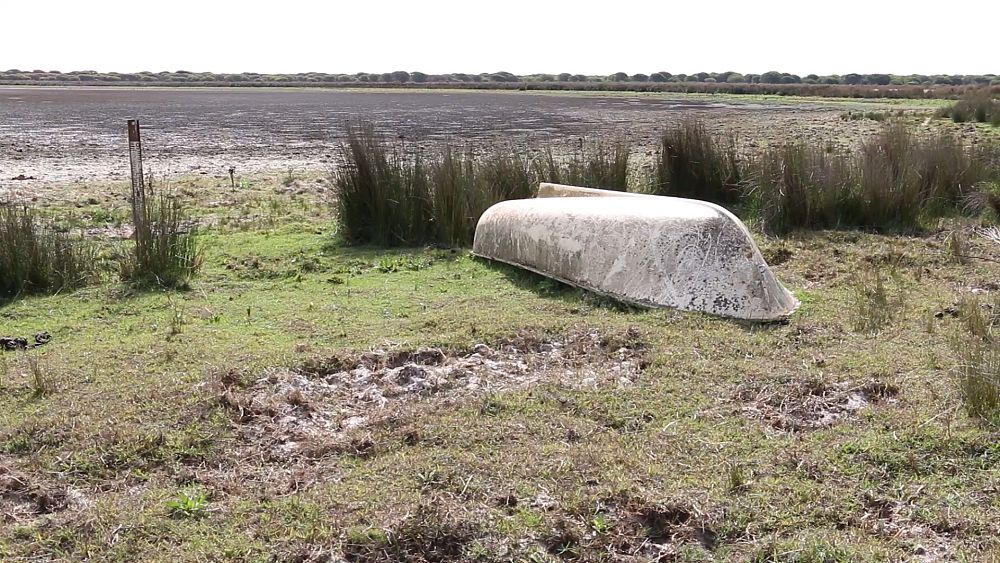 Spain’s Doñana wetlands are drying up

Europe's most important wetland is suffocating due to lack of water. The last freshwater lagoon in theSpanish national park of Doñana has dried up.

t’s located in Andalusia, in southern Spain, and is world famous for its unique landscape and biodiversity. However, out of a total of 3,000 registered lagoons, 60% have been completely lost and are now covered by terrestrial vegetation.

As a result, animals are dying because they have nowhere to drink. Carmen Díaz, a researcher at theDoñana Biological Station, has been warning of this danger for a long time.

Doñana National Park or Parque Nacional y Natural de Doñana is a natural reserve in Andalucía, in the provinces of Huelva (most of its territory), Cádiz (Campo) and Seville.