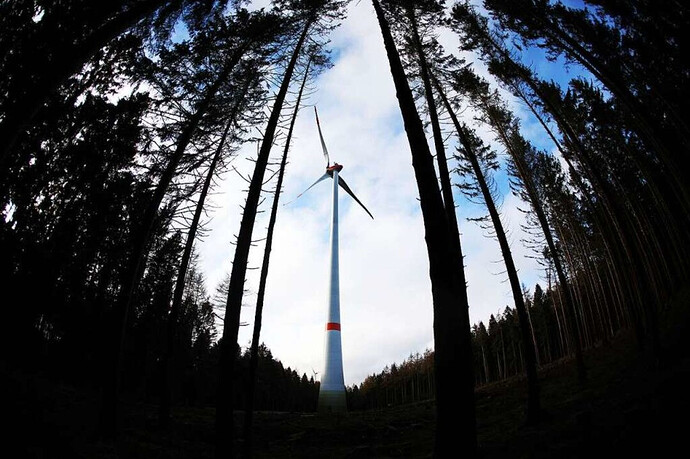 Germany, it is predicted, will also face unpredictable supply with an over-reliance on renewables

So it seems that Germany’s ‘Green brigade’ are now cutting down trees across the country to make room for huge industrial wind turbines.

In an apparent bid to ‘save the planet’, activists are driving the destruction of parts of Germany’s famed forests.

In July, the Baden-Württemberg Government of the Greens and CDU announced plans to clear-cut state owned forests and build 1,000 wind turbines in the next legislative period.

The site is located in the sparsely populated and largely forested municipality of Grünheide, around 35 kilometres south-east of Berlin, where Tesla bought a plot of land measuring about 3 km2 that had been reserved for an industry project for around 20 years.

Most local opposition is centred on environmental concerns relating to the plant's water usage, the clearing of a local forest and increased traffic.

Large chunks of the planned factory sit within a designated water protection zone.

The parts of the forest that needed to be cleared to make room for the factory were not naturally grown, but a monoculture pine forest planted for cardboard production. Tesla has said it will overcompensate the clearing of the forest with reforestations elsewhere in the region. To minimise the impact on the local fauna, Tesla relocated bats and reptiles, as well as 21 ant nests. The company also installed 368 nesting boxes for bats and 329 for birds.

To Make Room, Something Has To Go

Have you watched Bright Green Lies?

BRIGHT GREEN LIES – Green now means sustaining a destructive way of life – BRIGHT GREEN LIES dismantles the illusion of green technology in a bold and shocking exposé, revealing the lies and fantastical thinking behind the notion that solar, wind, electric cars, or green consumerism will save the planet.

Deforestion of Germany's Reinhardswald has begun... 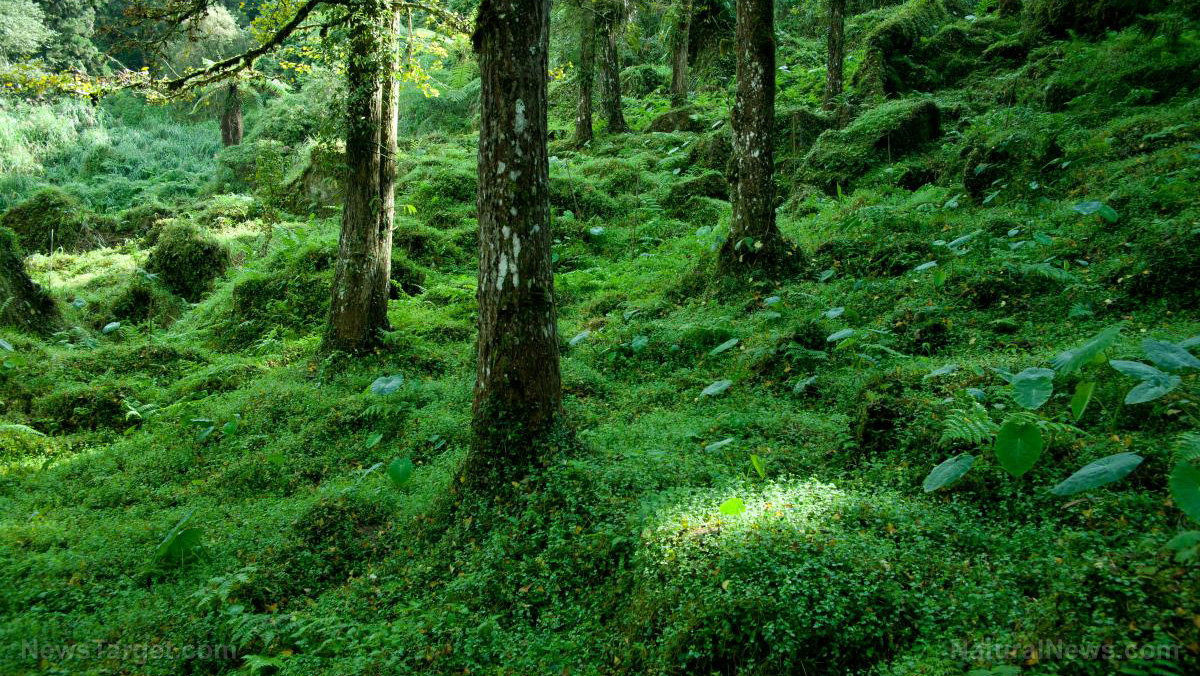 One of the most unique and biodiverse forests in the world is about to get clear-cut to make room for a massive new "wind park." The Reinhardswald, located in the beautiful hilly region west of Göttingen in Germany, is widely recognized as the...

One of the most unique and biodiverse forests in the world is about to get clear-cut to make room for a massive new “wind park.”

According to reports, 2,000 hectares of what is considered to be one of the last undisturbed forests in the world are being destroyed to make way for a “green” energy monstrosity that will include the construction of large windmills.

The State of Hesse government continues to ignore pleas from local citizens to leave the forest alone and build the power plant park elsewhere.

Construction of access roads has already begun, and some of the trees are already being cleared, chopped up, concreted over, and eventually built on.

“Green” projects like this are destroying the planet, not saving it.

And our destruction continues...

The fourth horseman of the Apocalypse rode a pale horse. "And I looked, and behold a pale horse: and his name that sat on him was DEATH, and HELL (fire) followed with him. And power was given unto them (the four horsemen) over the fourth part (1/4) of the earth, to kill with sword (weapons), and with hunger, and with death, and with the beasts of the earth." This horseman rode on a pale /sick horse (sickly GREEN in the Greek original text). The fourth horseman represents pollution and nature dying (sickly green) with famines; pestilences and plagues brought about by climatic changes caused by deforestation and pollution. – The Four Horsemen of The Apocalypse

2 Esdra 5:3 And the LAND, that thou seest now to have root, shalt thou see WASTED suddenly (DESERTIFICATION caused by deforestation and/or DROUGHT through CLIMATE CHANGE and WASTED by pollution from nitrates; heavy-metals; toxins; agent-orange; radiation; anti-personnel LAND-MINES ; forest-fires and the general effects of global warming and warfare; etc.; etc.). – Signs of the End Times

Have you watched Bright Green Lies?

Major world power went all in on green energy. Now its economy is on brink of collapse 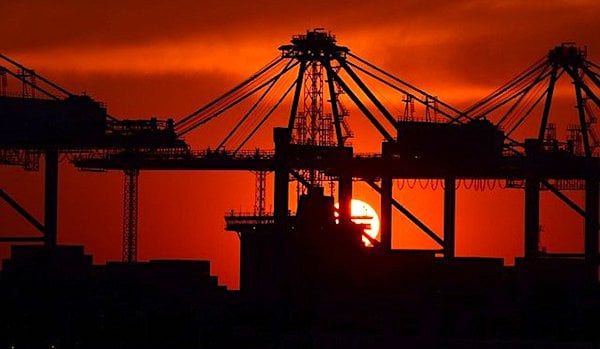 Major world power went all in on green energy. Now its economy is on brink of...

After pouring billions of dollars into green energy, Germany is looking at a potential economic collapse and preparing for a possible recession.

After pouring billions of dollars into green energy, Germany is looking at a potential economic collapse and preparing for a possible recession.

On July 5, Germany announced their plan to rewrite 1970s legislation to send taxpayer funds to energy suppliers in an attempt to prepare for a possible recession, the Wall Street Journal reported. The collapse comes after Germany unveiled their plan to spend $220 billion to transfer all their energy needs to renewable sources, Reuters reported.

The funds for Germany’s energy plan were meant to expand the use of renewable energy and make the country less reliant on Russia, according to Reuters. Last week, a large German utility company asked for state support as it prepares for a bailout due to a lack of Russian supplies, according to the WSJ.

Russia’s natural gas cuts are occurring as households are suffering from CO2 price increases and a rise in inflation, Business Insider reported. Germany’s economy relies on Russia for 35% of its natural gas supply.

The pipeline is projected to shut down for maintenance for ten days in July, leading to fears of exacerbating the situation, Germany’s Vice-Chancellor Robert Habeck said in an Associated Press article. After the maintenance, however, Habeck fears Russia will not continue natural gas deliveries.

Germany joins an increasing number of European countries on the brink of economic collapse, with the Group 7 summit announcing their plan to resort to fossil fuels. Liquefied natural gas is being used across Europe as an attempt to ease high prices and shortages.