Elizabeth II delivered remarks during the State Opening of British Parliament. In her speech, the she outlined the government’s policies and proposed legislation for the new parliamentary session. She stated, “My government’s priority is to deliver a national recovery from the pandemic that makes the United Kingdom stronger, healthier, and more prosperous than before.”

Queen Elizabeth II delivered remarks during the State Opening of British Parliament in the House of Lords. In her speech, the Queen outlined the government's policies and proposed legislation for the new parliamentary session. She stated, "My...

82. The World’s Greatest Criminal – By a Long Margin (See narrative)

Lawful UK (and territories) Challenge to her fraudulent Jurisdiction and Sovereignty Jforjustice.net/challenge (which will irrefutably stand up in any “court” against any victimless so-…

89. The Penultimate Law Document in the British Empire/BAR Countries –...

The legal system ignores the British Coronation Oath – sworn upon the Sovereign’s Authorised 1611 king James Bible – and therefore The Bible and its Law, WHICH FORBIDS LEGISLATION…

See exactly how you are enslaved gibraltarmessenger.net Get real justice. V for Vendetta or J for Justice Jforjustice.net The current British Monarchy That Never Was JAHTruth.net/britmon Find a …

MY LORDS AND MEMBERS OF THE HOUSE OF COMMONS

She repeated "My Government" and "My Ministers" numerous times.

Anyone who thinks she is just a "figurehead" needs to think again!

Government for the people by the people? Public servants?

Elizabeth read out the bills the government hopes to pass during the next year on everything from job creation and healthcare to stripping back post-Brexit bureaucracy. She really needs to read this instead – The TRUTH about the British Monarchy; the "Golden Jubilee" (50 year reign) of the queen who never was and The GOSPEL of The Kingdom. And before she gives royal assent to any more legislation, she and the British people really need to take The Oath to God seriously: Elizabeth read …

My, My, My – this is common rhetoric in her speeches.

She broke her Oath to God – Elizabeth 2 Go

And everyone under the fraudulent crown swears allegiance to her – instead of God – also breaking their Covenant Oath.

Her speeches and her giving royal assent to Satanic UnLawful legislation exposes her as an enemy to her own people.

Here is the PDF of her speech (which is a bit easier to read) with 31 bills:

The Speech included a government proposal for a new judicial review bill designed to “restore the balance of power between the executive, legislature and the courts”.

{What a joke. Restoration of justice comes when we return to God's Law.}

Elizabeth: "our mission must be to build back better "

Build Back Better is a Globalist-rhetoric, so we should know them by their fruit. 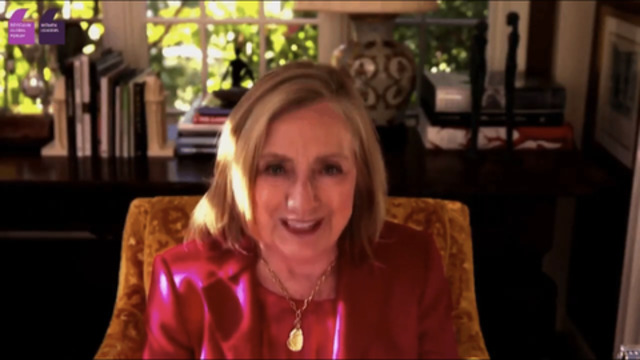 Investigate her involvement in its creation: Coronavirus traced to the British Crown

The Pirbright Institute (UK) has been awarded 11 U.S.

Elizabeth: "Cautiously and irreversibly we will follow the steps of the Roadmap, recognising that the global pandemic is not over, and there is a real risk of dangerous new variants of the virus."

By roadmap, she means plans like keeping in lockstep with Rockefeller Foundation, another globalist organization. 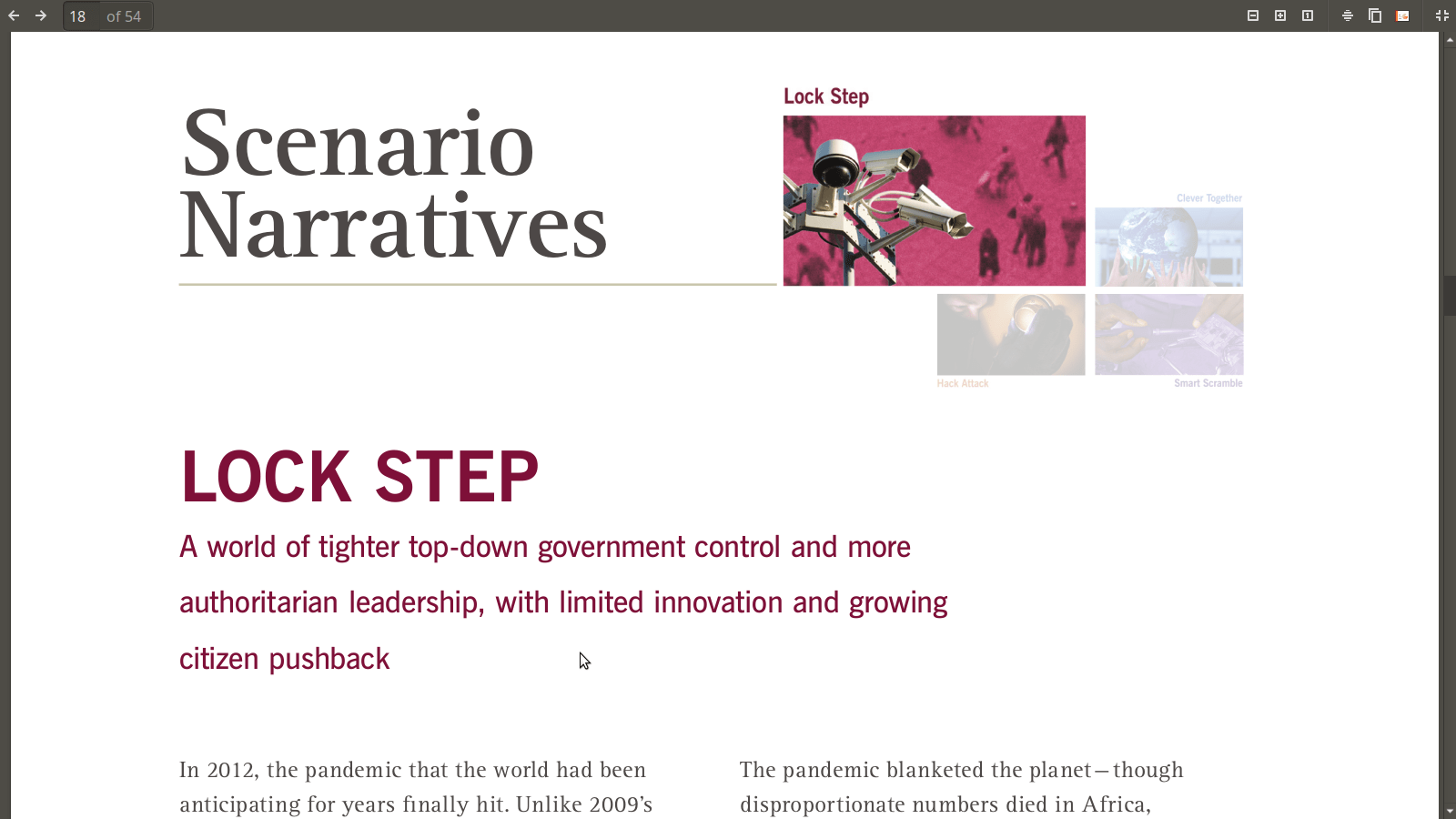 “Lockstep” Written 10 years ago chronicles how to bring the world down with a...

By "new variants", she means a way to keep everyone enslaved, imprisoned in their own households and countries – The Never-Ending Lockdown and the World Under Siege - #10 by DOTS

Elizabeth: "We will press on with our vaccination programme and our plans for a booster campaign in the autumn."

Elizabeth: "We will turn Britain into a science superpower, building on the extraordinary work of our life sciences sector during the pandemic, which has led the world in everything from vaccine development to genomic sequencing. We will invest record sums in Research and Development and create an Advanced Research and Invention Agency to help ensure that the breakthroughs of the future happen in the UK."

This is a Eugenicists Dream – Gibraltar: Whole Genome Sequencing Of Virus Causing COVID Can Now Be Undertaken Locally - #7 by DOTS

She continues outlining the ways in which her government will continue to put Britain under the control of the Satanic New World Order.

Queen Elizabeth will miss the State Opening of Parliament on Tuesday due to "mobility problems," Buckingham Palace announced on Monday.

Her absence marks just the third time she's missed the traditional occasion during her 70-year reign. (Her first two absences occurred when she was pregnant.) Her son, Prince Charles, and grandson, Prince William, will attend on her behalf. Camilla, Duchess of Cornwall will also be in attendance.

"The Queen continues to experience episodic mobility problems, and in consultation with her doctors has reluctantly decided that she will not attend the State Opening of Parliament tomorrow," Buckingham Palace said in a statement on Monday.

"At Her Majesty's request, and with the agreement of the relevant authorities, The Prince of Wales will read The Queen's speech on Her Majesty's behalf, with The Duke of Cambridge also in attendance," the statement concluded.

RELATED: Garden Parties at the Palace Are Back — But Queen Elizabeth Announces She Won't Be Attending

The Queen has been experiencing mobility issues in recent months and finds it difficult to stand for long periods. Her Majesty has been using a walking cane and even complained about mobility problems, joking during an in-person meeting: "Well, as you can see, I can't move!"

Queen Elizabeth Sporting the Crown Through the Years
Queen Elizabeth and Prince Philip getty
She also recently shared a small glimpse into her battle with COVID-19 earlier this year, revealing that "it does leave one feeling very tired and exhausted."

The Queen delegated her royal duty of opening a new session of Parliament to her son and grandson via a letter patent, which enables the Prince of Wales and the Duke of Cambridge to jointly exercise that function. No other functions have been delegated by Her Majesty, according to the palace. Queen Elizabeth to Miss Opening of Parliament for Just the Third Time Ever...

Queen Elizabeth will miss the State Opening of Parliament on Tuesday due to "mobility problems," Buckingham Palace announced on Monday.

The rumor is that she is dead.
If not she could be out of the country in her bunker.
"Wars and rumors of wars".

Wars and RUMORS of wars
We shall see...
Perhaps she has fled to Greece