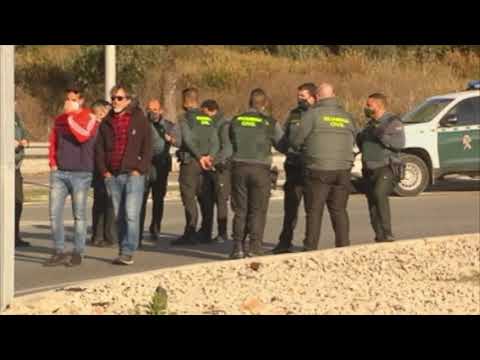 Commuters were held up for hours Tuesday morning, when all access roads into La Linea were blocked by protestors.

Unions in Spain have called on the almost twenty thousand workers from the metal industry who work in the province of Cadiz, to strike due to a stall in negotiations over a pay agreement.

A ‘Hot’ End To The Year In Spain: The Countryside, The Car Industry And Transport On The ‘Warpath’
Communist playing a leading role in Spain’s governing coalition gains attention
Cheeky-Monkey November 17, 2021, 2:27pm #2

CÁDIZ, Spain (AP) — Metalworkers burned street barricades for a second straight day in Spain's southern city of Cádiz on Wednesday, as trade unions demanded wage increases in line with a recent spike in inflation across the European Union.

Workers cut some roads leading into Cádiz for a brief period during the morning. They set alight several cars and clashed with police, who responded with rubber bullets. Two police officers suffered minor injuries. Nobody was arrested.

Juan Linares, the provincial head of the industrial department of the CCOO union, one of Spain's largest, said he was not optimistic about a quick resolution to the walkout. 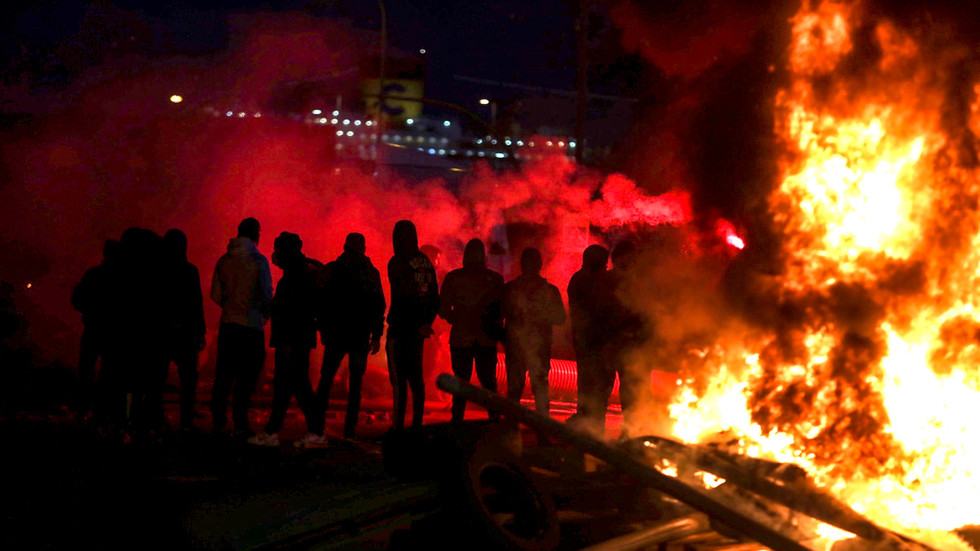 A strike of more than 20,000 metal workers in Cadiz, Spain has halted the operations of key manufacturing plants, including Airbus and Alestis, with barricades erected, roads blocked, and vehicles burned.

Metalworkers and police clashed Tuesday, 23 Nov, in Spain’s southern city of Cádiz at the end of a protest march to demand higher wages in line with the country’s surging inflation rate. The metalworkers demonstration marked the eighth straight day of protests and coincided with a strike affecting the whole province of Cádiz in support of the metalworkers’ fight – Metalworkers, police clash in Spain amid inflation protest - Breitbart 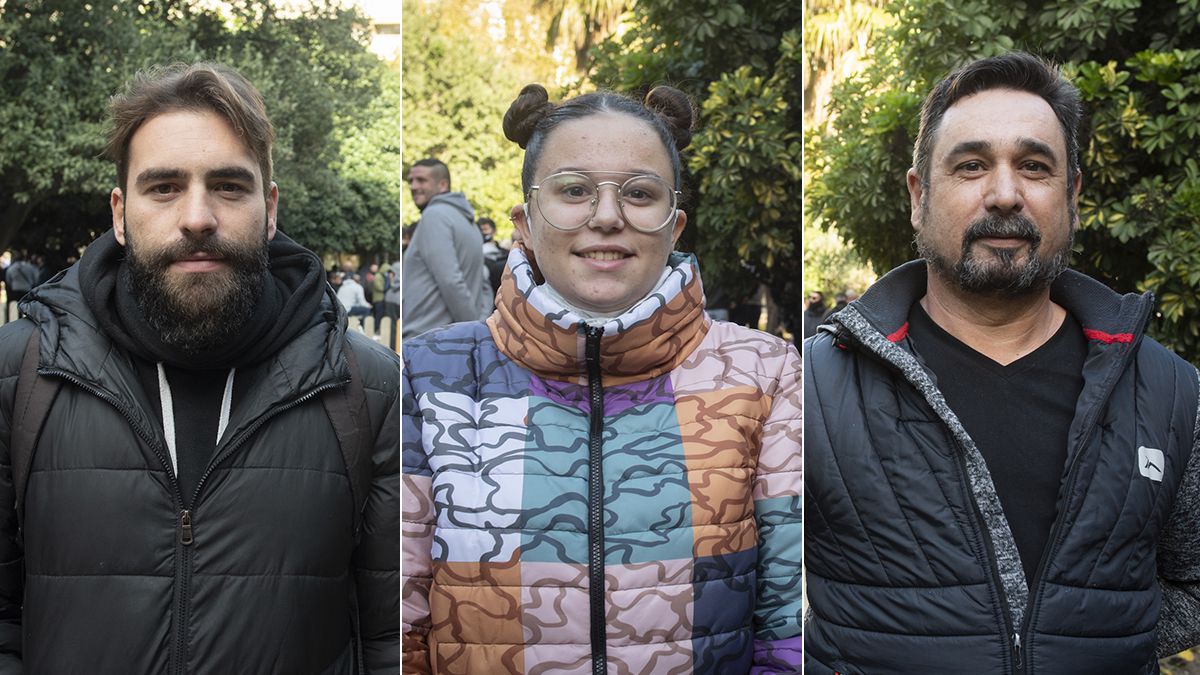 The faces behind the ongoing metalworker protests in Spain’s southern city of...

EL PAÍS speaks to a student, a father, a 30-year-old who can’t afford to leave the family home and an aeronautics worker to find out why they are demonstrating

In Cádiz, workers across all industries are suffering from outsourcing, plant closures and a cyclical lack of jobs in the powerful naval sector.

Cádiz’s metalworkers have been staging street protests for weeks, erecting barricades and occasionally setting cars on fire. The recent use of a military armored vehicle by riot police caused an outcry on social media and the incident created tension within Spain’s governing coalition, with Labor Minister Yolanda Díaz, of the leftist Unidas Podemos, asking Interior Minister Fernando Grande-Marlaska of the Socialist Party (PSOE) to make sure the police do not use this vehicle again. “The workers of Cádiz are not criminals, they are defending their rights,” said Díaz on Tuesday. “I urge absolute respect for demonstrators in a province that is suffering from unemployment and despair.”

The Morgado family moved to Cádiz from the nearby province of Huelva five years ago. Antonio’s wife is out of a job after working in the services sector, which means that the family’s only income is the father’s monthly check of €1,200, with whatever else he makes from putting in extra hours. “I practically live at the shipyard, doing up to 120 extra hours a month in order to earn €2,100,” said the 47-year-old. “I never see my daughter, and I only see my wife because I sleep next to her.”

Manuel Posada: “I harbor the hope that people will stand up for their rights” 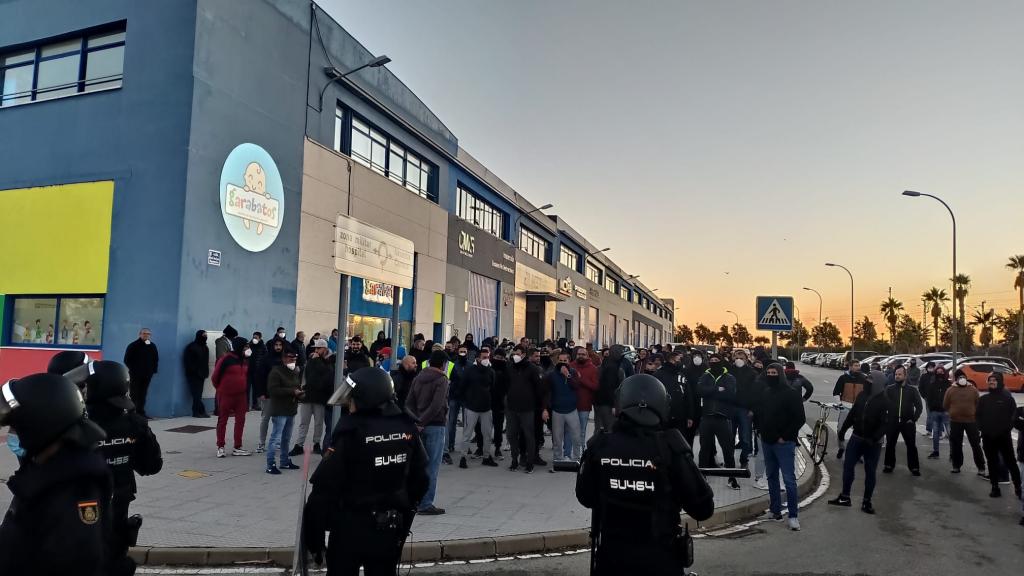 Trade unions representing metalworkers in Cadiz called off a nine-day strike and workers began returning to their jobs on Thursday, after reaching ...

Trade unions representing metalworkers in Cadiz called off a nine-day strike and workers began returning to their jobs on Thursday, after reaching a pay deal with employers.

The agreement still needs to be approved by workers, who will vote on Friday in a ballot. Details of the deal were not immediately made public.

The open-ended strike began on 16 November, with street protests at times turning violent as riot police clashed with strikers and their supporters, following protest marches by workers demanding higher wages in response to the surging rate of inflation in Spain.