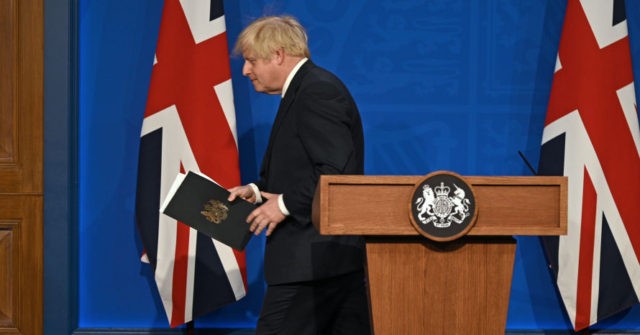 All remaining lockdown restrictions in England will be lifted in a week, PM Boris Johnson confirmed Monday.

LONDON (AP) – All remaining lockdown restrictions in England will be lifted in a week despite a sharp rise in coronavirus cases, British Prime Minister Boris Johnson confirmed Monday. He said it was “the right moment to proceed” as schools close for summer vacation but urged people to “proceed with caution.”

Johnson said although risks of the pandemic remain, legal restrictions will be replaced by a recommendation that people wear masks in crowded places and on public transport. Nightclubs and other venues with crowds should use vaccine passports for entry “as a matter of social responsibility,” he added.

Earlier, Health Secretary Sajid Javid said it was the right time to allow Britons a chance to return to normal life. The government’s decision balances the harms brought by COVID-19 and damage done by continued restrictions, he said. 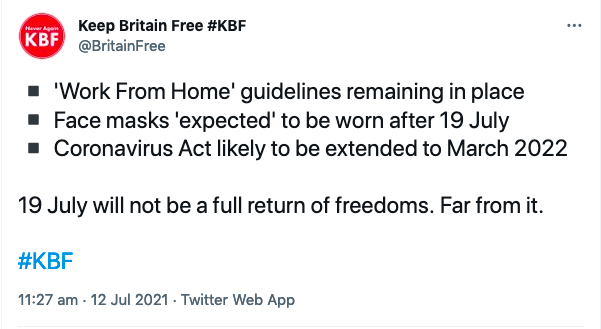 'If not now, when?' - Health Secretary confirms July 19 unlocking

'If not now, when?' - Health Secretary confirms July 19 unlocking

In reading these articles, one can't help but think about the millions who have persistently protested in London (and protests may be on the chopping block). Just maybe, these politicians are getting the message - a critical mass of people know it's bogus. 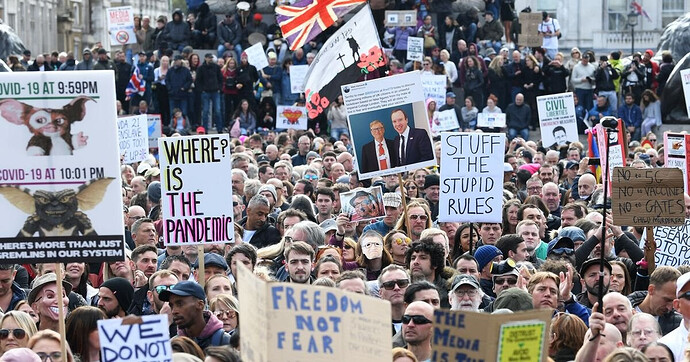 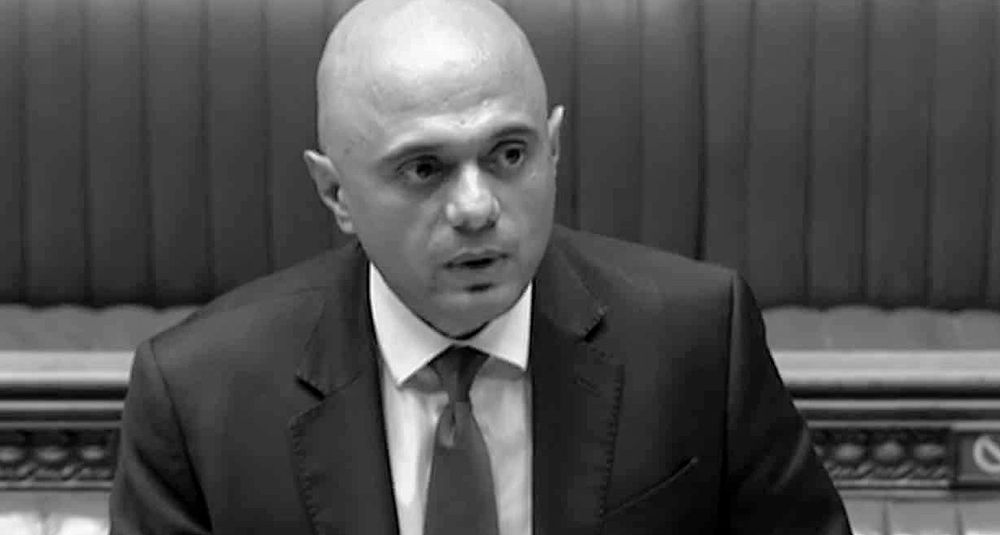 How is that FREEDOM? As we reported previously, the health secretary Sajid Javid will not relax any restrictions after the 19th, he is set to INCREASE them, and make pubs, restaurants and the travel industry police the rules or face fines and...

Darren Birks, Editor at Vision News gives his report on the news:

As we reported previously, the health secretary Sajid Javid will not relax any restrictions after the 19th, he is set to INCREASE them, and make pubs, restaurants and the travel industry police the rules or face fines and business closures if they disobey the directive.

Speaking in Parliament, Javid claimed the Government’s plan on July 19th to lift almost all the remaining legal restrictions put in place during the pandemic, including those covering mask-wearing and the size of social gatherings. But we know that face masks will be demanded by pubs, restaurants and other venues as the government apply pressure on the industry to do their dirty work for them.

He went on to claim 'The vaccine certification plan, will see venues “supported and encouraged” by Government to use the NHS app to check up on their customers'. In reality, the government have set up policies to apply pressure on businesses to demand vaccine passports. 'cajoled and forced' would be a more accurate term.

Read the rest of the article. 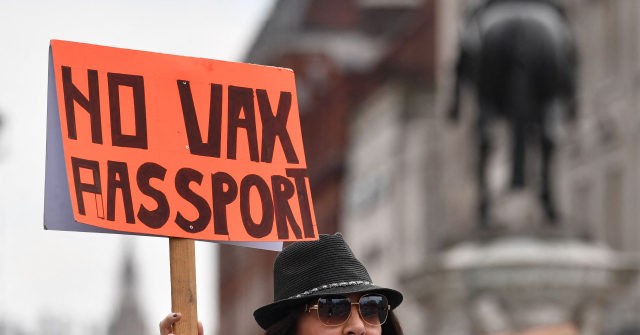 Music and nightclub operators have said that they will not be following Boris Johnson's advice to introduce the vaccine passport scheme.

Music and nightclub operators have said that they will not be following Boris Johnson’s advice to introduce the vaccine passport scheme, with one saying the move could be construed as an infringement on peoples’ personal rights.

Tom Bott, the founder of Signature Brew, told the Associated Press: “I don’t think it’s for us to curate and implement complicated policies to consumers that could be construed as infringing on their personal rights." 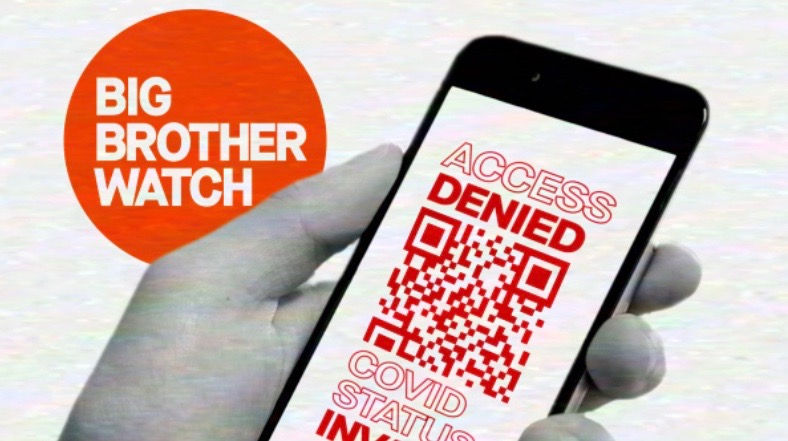 Big Brother Watch, has said it will name, shame and boycott companies that demand divisive and discriminatory Covid Passes, as a checkpoint society will *not* make us any safer. The move comes after it was revealed that UK’s Return To ‘Freedom’ will...

The move comes after it was revealed that UK’s Return To ‘Freedom’ will see continued use of Masks, Government Tracking and introduction of Vaccine Passports.

We reported earlier this week that the Government is not only secretly applying huge pressure on businesses to do their bidding, but fully in the knowledge that it will put countless pubs, restaurants and clubs out of business, forever.

Now Big Brother Watch are launching a legal challenge to Vaccine Passports, and they have a great track record in winning big legal battles... 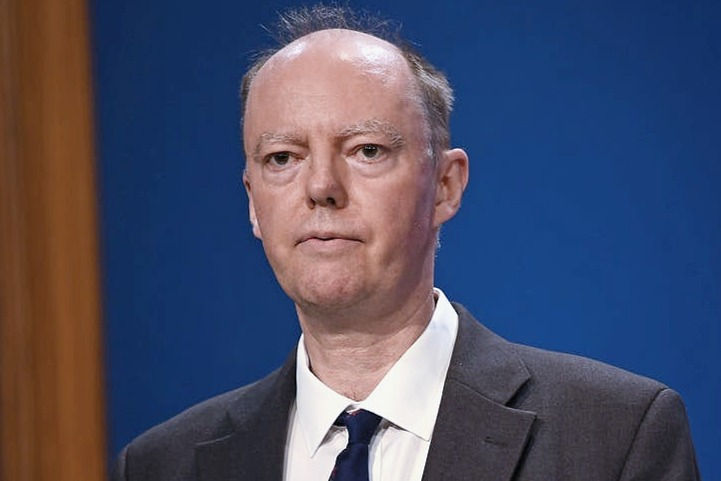 If you think this is the end of lockdowns then read on. Following the now predictable pattern, two days before we reach 'Freedom Day' Psychopath Chris Whitty has been all over the media with more scare stories about a coming apocalypse. England’s...

If you think this is the end of lockdowns then read on.

Smart people of course never downloaded the app. Any App that enables the government to track you wherever you go and can put you under house arrest was never going to be accepted by anyone who valued their freedom. But millions have downloaded it and should expect a demand to self isolate coming in the next seven days as PHE use the app as a way of extending lockdowns by the back door. 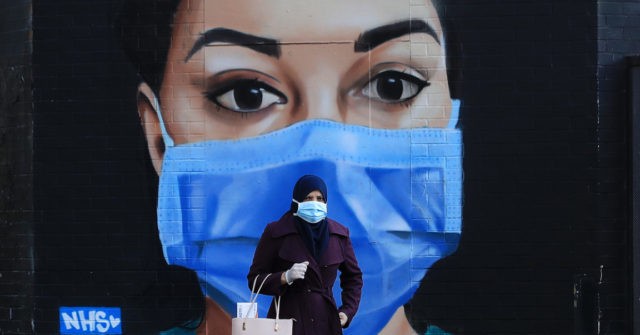 Today is 'Freedom Day' in Britain, with many restrictions on personal liberty lifted -- but critics say the liberation is largely illusory.

These freedoms include an end to the legal requirement to wear face coverings — but people may find this makes no practical difference to their lives, with the likes of London mayor Sadiq Khan imposing their own mask mandates and many private businesses making face coverings a requirement on their own.

Moreover, many will be unable to enjoy the relaxation of restrictions on their liberty today as a result of being ordered to self-isolate as contacts of someone with a confirmed Covid infection.

One in four junior doctors have been ordered to isolate [and] London’s entire metropolitan tube line was shut this weekend and passengers on Northern trains were warned not to travel between Sheffield and York due to too many staff isolating” as a result of the so-called “pingdemic” of people required to isolate after being “pinged” as a contact of a Covid-infected person on the NHS track-and-trace app.

BRITS will have to show proof of two Covid jabs to get into nightclubs from the end of September, Boris Johnson announced on Freedom Day.

The shock announcement came after ministers had previously ruled out “papers to party” and insisted any such scheme would be voluntary for nightclubs.

JAB UP: Coronavirus news UK latest: Vaccine passports for nightclubs in September as Boris Johnson says pandemic ‘far from over’

@HumanRights4UK
Just to recap: On the day that all legal restrictions are relaxed Boris Johnson announces “mandatory Vaccine Passports for over 18s. This isn’t freedom, this isn’t democracy, this is NOT the UK that we used to know, its digital tyranny and #JohnsonMustGo #NoVaccinePassports”

Welcome to the United Pingdom.

Boris Johnson is a bad actor in a real life horror show (life in the new world order). 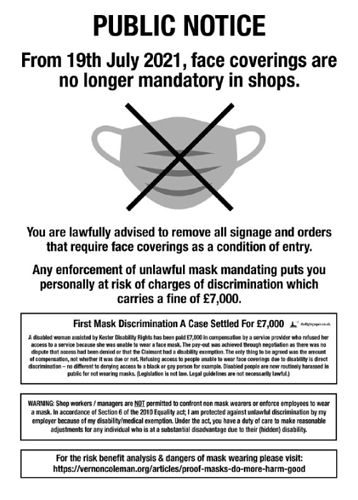 Public Notice – From 19 July face coverings are no longer mandatory in shops.

Remove all signage and other orders.

Any enforcement of illegal mask mandates puts you at risk of charges of discrimination.

Alex Belfield - THE VOICE OF REASON - Under 3 min.

Sajid Javid – “We reserve the right to mandate its use in the future."

Vaccine Minister announces Vaccine Passports will also be needed to go to the...

The list of attractions that could be forced to mandate vaccine passports as a condition of entry is already growing, with minister Nadhim Zahawi listing other

Toby Young, editor of LockdownSceptics.org, says the NHS Covid app is not fit for purpose and is "on the verge of wrecking the economy" with its pingdemic. 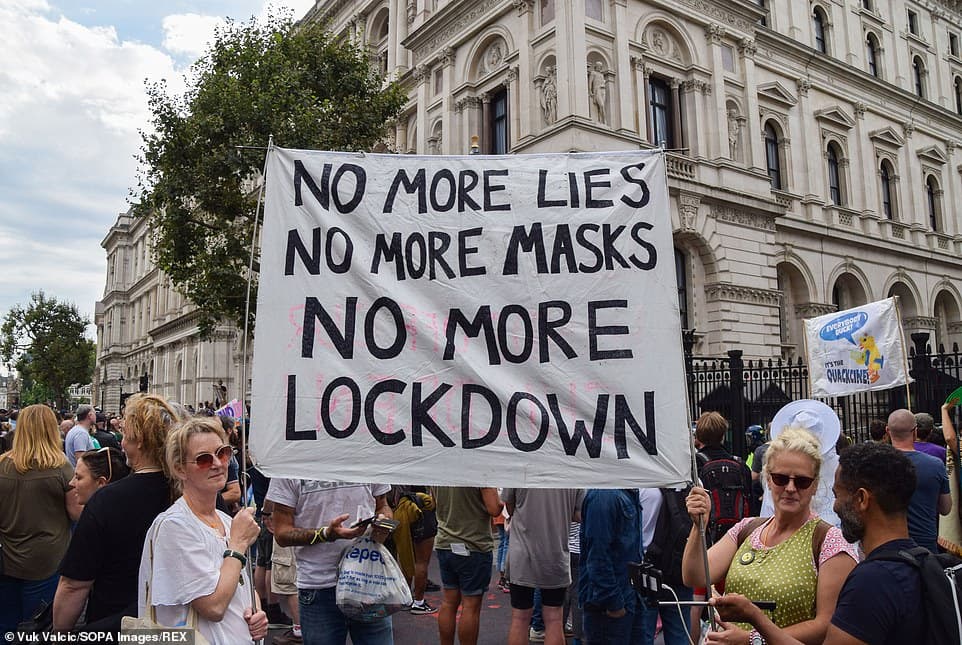 Thousands of anti-vaccine protesters descended on London today chanting ‘arrest Boris Johnson and Chris Whitty’ as they called on the government to scrap its plans to give the Covid jab to children.

Anti-vaxxers were seen marching past Camden Town station and heading through Leicester Square before arriving at Downing Street on Saturday as they protested against mandatory vaccination passports and the vaccination of teenagers.

Protesters held signs reading ‘stay away from our kids’, ‘I’m not an experiment’ and a young boy held a card with the words, ‘Leave us alone, I’m a child, I can’t consent’.

It comes after the school rollout of jabs for children aged 12 to 15 was given the go ahead last week, with the vaccinations set to start on Wednesday. The event was being held as part of the World Wide Rally For Freedom, a worldwide effort to ‘denounce Covid-19-related policies and restrictions on movement and activity’ which also saw marches take place in other cities around the UK including Manchester and Cardiff.

An anti-vaxxer was seeing throwing red eggs that looked like fake blood at police officers outside Downing Street during the demonstration.

Two people were arrested for criminal damage and affray following an incident after the march reached Downing Street.

This afternoon at 2:48pm, the Metropolitan Police tweeted: ‘There is currently a march in the Euston area, which is heading towards the West End. Officers are with the march, which is moving through the area causing a minor disruption to traffic.’ A line of police officers wearing riot gear stand together outside Downing Street as the demonstration marched on. Some of the officers had red dye splashed over them.