BEWARE OF THE CHINESE.

The Chinese, according to a very high-ranking Chinese PLA General, have been planning for a hundred years, to fight and defeat the US and UK in a war, as revenge and payback for what the UK and US did to the Chinese people during and after the two “Opium Wars”. 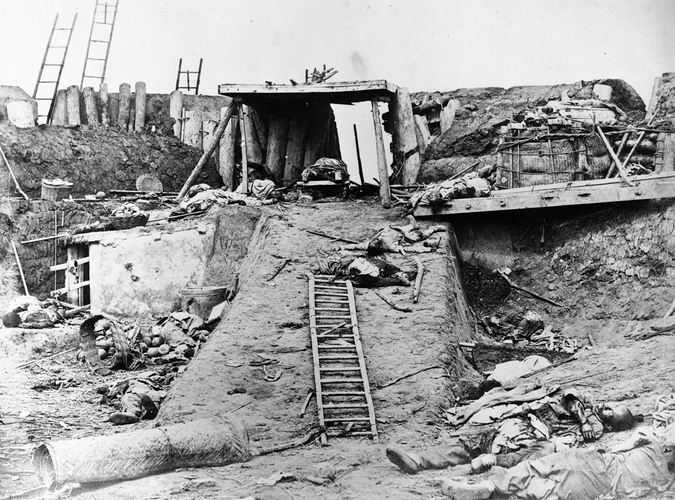 What were the Opium Wars, and why did they happen? Learn more about the First and Second Opium Wars between China and Great Britain.

The Opium Wars were two wars waged between the Qing dynasty and Western powers in the mid-19th century. The First Opium War, fought in 1839–1842 between the Qing and Great Britain, was triggered by the dynasty's campaign against the opium trade; the Second Opium War was fought between the Qing and Britain and France, 1856–1860. In each war, the European forces used recently developed military technology to defeat the Qing forces, and compelled the government to grant favorable tariffs, trade c...

The US’s CIA is openly acknowledged as being the world’s second biggest drug-dealer. Why do you think they are in Afghanistan: the world’s largest opium producer?

Guess who the world’s biggest drug-dealer is. Clue: the Opium Wars were fought under the reign of Queen Victoria and the British Empire, on which the sun never set. The greatest empire the world has ever known, financed by drug-money. Do you think it ended with the death of Victoria? If so, think again.

The Chinese have used their long-term plans and vast man-power for cheap labour to gain access to the West and its markets, and undercut the West’s manufacturing prices and bankrupting businesses, putting the people out of work. In the process they have made trillions of US$ with which to finance their plan, and their massive militarization, and to bribe traitors in the West: politicians like the Clintons and Bushes to give them the West’s best technology, and sell them their ports and even the Panama Canal – the critically important gate to the Pacific and Atlantic.

Their plan is to gain military technology parity/equality with the US and UK, or superiority, and then, with overwhelming numbers of troops, fight and defeat them, and pay them back for the Opium Wars and national humiliation.

Their one child decades old policy means they have hundreds of millions of military age young men, because the families, rather than girls, wanted boys, who now, because of that policy, have no prospect of a Chinese wife, and have been trained militarily for the purpose of defeating the US and UK. Their only prospect of a wife is to conquer the West, and enslave and marry western women.

Inviting them into Gibraltar; God’s biblical Fortress of Rock (Isaiah 33:16), that is the military gate choke-point entry to the Mediterranean and Atlantic, which would be their greatest prize; would be Gibraltar’s greatest folly EVER.

Isaiah 33:15 He that walketh righteously, and speaketh uprightly; he that despiseth the gain by oppressions, that shaketh his hands from taking of bribes, that stoppeth his ears from hearing of bloodshed, and shutteth his eyes from seeing evil;
33:16 He shall dwell on Sion (2 Esd. 13:35): his place of defence [shall be] the Fortress of Rock (Gibraltar): bread shall be given him; his waters [shall be] sure.
33:17 Thine eyes shall see The King in his beauty: they shall behold the land that is very far off (Israel).

Communism is satanic, according to Karl Marx, and the atheist, communist Chinese come in the pretence of friendship and investment, as a Trojan Horse, to bankrupt and take over and own the ports and airports, for their war-ships and planes.

Be warned! They are NOT your friends, but your sworn deadly enemies and, because you have not kept The Covenant with God and His Laws, they are going to defeat the US and UK and allies, and literally enslave those who survive the war, in which one third of mankind will die, as punishment from God for your treason against Him and Christ, unless you return to The Covenant and keep ONLY His Laws, under Christ’s sovereignty, and supply and train every male over the age of 20 in the use of weapons, as God’s Law commands YOU.

The Governor needs to be told of this and take the appropriate action.