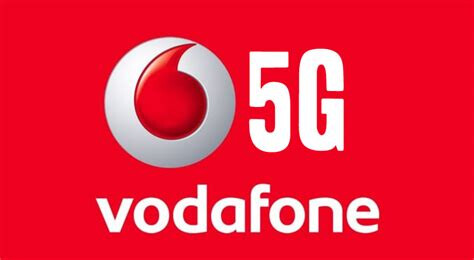 MADRID (Reuters) - Britain's Vodafone and France's Orange are keen to play a role in any consolidation of Spain's highly competitive telecom sector, local chief executives for the two companies said on Thursday.

"At Vodafone, we want to play an active role in the process of telecom consolidation in Spain," Deegan said in an op-ed piece published by Expansion newspaper on Thursday.

He said the current state of the market had reduced profitability and left providers without the financial capacity to pay for the infrastructure needed to develop 5G technology.

Vodafone, together with rivals such as Telefonica and Orange, have pressured the European Commission to soften anti-trust rules that promote competition, arguing that overcrowding in markets such as Spain hinders investment.

Deegan's position was echoed by Orange Spain's CEO Jean-Francois Fallacher, who complained that the three main telecom providers investing in the Spanish market were suffering.

"We are very favourable to consolidation for the market and it's the right way to go - if any opportunities are there we'll look at them with a lot of care," he told reporters at an event on Thursday.

In a sign of pressure on the sector, three of Spain's leading operators announced extensive job cuts this year, including Vodafone, Orange, and most recently Telefonica which offered redundancy to over 3,000 of its most senior staff last month.

Vodafone has previously partnered with Ericsson -

The head of Vodafone from 2013 - 2015 discusses The Biggest Deception On The Whole World EndGame Plan...

Its worth a listen.

This will alter our lives and paradigm forever. I know this will shock and disturb most people listening. PERSONAL MESSAGE I WANT ALL MY DONOR BOX SUPPORTERS TO WATCH: THANK YOU MY...

"The current pandemonium is a global cover-up for what 5G does to the body; and they need 5G for their technologic future. Their agenda has 3 strategies: vaccines, RFID, and a global currency. Absolutely a must watch!"

5G relates to the current pandemonium, according to the British former head of the largest business unit of Vodafone (HQ Newbury, UK), 5G

Jonathan James is featured within this video, starting at 53 seconds. He says the cells of the body are being poisoned with RF radiation. The body is pushing out the toxic cells, which can manifest as flu-like symptoms. The current pandemonium is a global cover-up for what 5G does to the body; and they need 5G for their technologic future. Their agenda has 3 strategies: vaccines, RFID, and a global currency. Absolutely a must watch!