Trawling the globe for immigrants isn't a mistake it is policy. A mistake is forgetting to take an umbrella in a forecasted rainstorm.

Hugo : YOU FIRST THEN!

Hugo tells the comedians and politicians what he thinks of their pushing, (and in some countries, like Ireland, implementing unlawful policies to take immigrants/ refugees into ones home.)

This is where we stand today, the forcing of opening ones home to immigrants,/refugees,/migrants... This insanity needs to be bought to it's knees.

Hugo Talks: You First Then! | The Truthseeker

A recently reposted article from 2013 describes the process to flood the UK with immigrants to "stick it to the English Nationalists, and to deliberately set out to transform the demographic make-up of England. 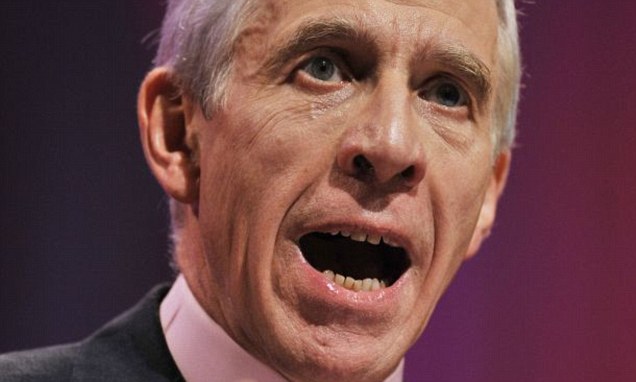 Immigration a mistake? Come off it, Jack!

Straw, Blunkett and the rest of their Labour co-conspirators shouldn't expect to be applauded for admitting that the scales have now fallen from their eyes. They should hang their heads in shame.

(Immigration a mistake? Labour deliberately set out to transform the demographic make-up of England | The Truthseeker)

Mass immigration wasn’t a ‘mistake’. A mistake is forgetting to take an umbrella when heavy rain is forecast. A mistake is wearing brown suede shoes with a blue pinstripe suit.

No, trawling the globe for immigrants was a deliberate Labour policy. It was designed, in the memorable words of former Blair speech-writer Andrew Neather, to ‘rub the Right’s noses in diversity’.

To ‘dishonestly’ conceal the plan from the public because they knew voters would never go along with it if the truth came out.

"The reptilian Peter Mandelson, another co-conspirator, has since joked about Labour ‘sending search parties’ for immigrants from the four corners of the Earth."

(And this they have done, making merchandise of men).

This is a banking policy, an EU policy, a United Nations policy. All notably going along with the communist agenda. Their New World Order policies... Without the one true living God, Almighty Father.

New Labour hated the English. They weren’t to be trusted. In 2000, Straw himself damned the English as violent nationalists who have used force to subjugate other races. It was a despicable slur, but entirely in keeping with Labour’s core strategy. So the plan was to flood the country with immigrants who would then repay the favour by voting Labour.

Ministers told bare-faced lies about their true intentions and smeared anyone who objected to the unprecedented influx of foreign nationals as a ‘racist’ or a ‘xenophobe’.

Was it a despicable slur, or was it now the way the British Establishment operated, (not the British people?)

Britain was supposed to be an example to follow, An example of a world, that if following the Laws of God, the possibilities of peace and prosperity would know no bounds. This in turn would cause a "ripple effect" amongst the other nations that could see how wonderful living under God's Laws would be, and a grafting in of these nations would follow.
Instead Britain thought it best that they police the world and do whatever it liked, wherever it liked.
Endless wars, and robbing countries of their resources, forcing their banks and policies on other countries and throwing them into economic ruin.

The Long-Awaited TRUTH of ALL Things on Planet Earth

This article specifically mentions Sheffield, where in 1988, JAH served a High Court Writ upon the British Parliament in Sheffield where His body was born, demanding He be recognized as rightful King, but was rejected, just as prophesied, but this time, it wasn't from the line of Judah, but from the true Israelites, (Britannia), who would now have to suffer the consequences of their actions for denying the true King.

Christ said not for a generation (40 years) would he claim his Rightful Throne, the British-Israel Throne of David. [image] On June 13, 1988, 40 years from the Fig Tree putting forth its new shoots in 1948, Christ served a High Court Writ upon the British Parliament, at court in the City of Sheffield, where his new body had been born in 1948, as prophesied, demanding that he be acknowledged by Parliament as the Rightful British-Israel King. Just as happened 2000 years before, when he was reje…

(In Sheffield, the locals are angry about Roma gypsies loitering in the streets and dumping litter.)

The sheer weight of numbers arriving in a short space of time meant that there was no need for them to integrate. The multi-cultists expected British society to adapt to accommodate immigrants, not vice versa.

Man made legislation equates to slavery, and one cannot be free until he turns to our Heavenly Father.

What part of Deut 4:2, Deut. 12:8, Deut. 12:32 do they not understand? Deuteronomy – King of kings' Bible 4:2 Ye shall not ADD unto the word which I command you, neither shall ye diminish [ought] from it, that ye may keep the Commandments of the "I AM" your God which I COMMAND you. 12:8 Ye shall not do after all [the things] that we do here this day, every man whatsoever [is] right in his own eyes. 12:32 What thing soever I command you, observe to do it: thou shalt not add thereto, nor dimin…

And the solution is to return to God's Royal Laws of Liberty.

It Seems Few Will Listen To Elijah Other

John 8:14 And he said unto them, Ye are from beneath; I am from above: ye are of this world; I AM NOT FROM THIS WORLD. The world didn’t acknowledge Christ Jesus as King of kings and Lord of lords then; and they won’t acknowledge Him in the midst of us today. Scripture has documented He would be among us, yet, instead of seeking Him out, everyone has tunnel-vision focused on Armageddon. Reconcile The Truth revealed in Malachi 4. Before that terrible Day, Elijah The Prophet will be sent to warn …

[EU Wants To Destroy Britain] The European Union is trying to destroy Britain in a bid to take the pieces of the country back into its sphere of influence. Whether that be the Northern Ireland protocol, the shady deals with Speaker Bercow or its work with nationalist parties it is a threat to this country. But what can be done? Is the United Kingdom's demise the price England has to pay for freedom? The Wednesday Debate hosted by Andre Walker. Topics include British Nationalism…

Child Migrant Abuses from The Criminals in ALL Walks of Life, Another Plandemic Campo de Gibraltar

[image] Police Dismantle Organization that ‘Enslaved’ People in Cadiz Province A human trafficking and labour ring was dismantled in Cadiz. This is all too common, as a similar incidents in Gibraltar have been broken up by the RGP. 50 people arrested after migrant smuggling, 44 from Spain, charging migrants $8000 to bring them into Europe. Fraudulent documents, flights, accommodations, all organized by smuggling rings. Unscrupulous criminals who exploit human suffering of migrants for e…