The US Government and Its Military Have Declared War on the American People -...

“Although tyranny…may successfully rule over foreign peoples, it can stay in power only if it destroys first of all the national institutions of its own people.”  ~ Hannah Arendt In order for tyrants to claim and retain total power, the people...

In order for tyrants to claim and retain total power, the people must become ignorant of their own history and roots, and must through propaganda and fear be so terrified as to abandon all logic and responsibility in order to seek a false safety.

This is not only happening in the USA, but also in the U.K. and Gibraltar.

3 Likes
When Government Goes Rogue
Police Brutality Warning – Governments have begun to “regard their own population as the enemy” on covid
be1 November 20, 2020, 5:15pm #2

From the article above: https://www.lewrockwell.com/2020/11/gary-d-barnett/the-u-s-government-and-its-military-have-declared-war-on-the-american-people/

"With this in mind, the plot to achieve an economic and technological reset is being pursued through lies and propaganda at every level, including the use of the military within the boundaries of the United States… One of the major plots to gain control over the masses rests in the development and distribution of vaccines… Trump had made an announcement earlier that he had deployed the military to stand ready to distribute these poisonous vaccines across the nation. This borders on insanity, and is an attempt to frighten the herd so greatly by claiming this vaccine delivery should be a military operation…

They are using the name Tiberius, the Roman Emperor who oversaw the crucifixion of Jesus as the name of their software platform plot and forced delivery of the covid 19 vaccines

Ten military officers assigned to Operation Warp Speed are embedded at the Centers for Disease Control and Prevention to assist the allocation and distribution of COVID-19 vaccine.

Operation Warp Speed is using the Tiberius platform, a cutting-edge data platform to collect, correlate and visualize data across the entire operation. It is loaded with data from various sources — U.S. Census, Department of Health and Human Services, State Health Offices and the CDC. Tiberius integrates the data related to manufacturing, clinical trials, supply chain, allocation, state and territory planning, delivery and administration of both vaccine products and kits containing needles, syringes and other supplies needed to administer the vaccine.

They Killed Christ Not.

4:157. That they said (in boast), “We killed Christ the son of Mary, the Messenger of God”;- but they killed Christ not, nor crucified Christ, but so it was made to appear to them (as they crucified the human body called Jesus, that Christ the spirit-Being used), and those who differ therein are full of doubts, with no (certain) Knowledge, but only conjecture to follow, for of a surety they killed Christ not:-
4:158. Nay, God raised him up unto Himself and God is Exalted in Power, and in Wisdom;-

Nor will they ever

Everybody get yourselves, your wives, your children, relatives and friends ready, because its about time to start living in the woods soon ! 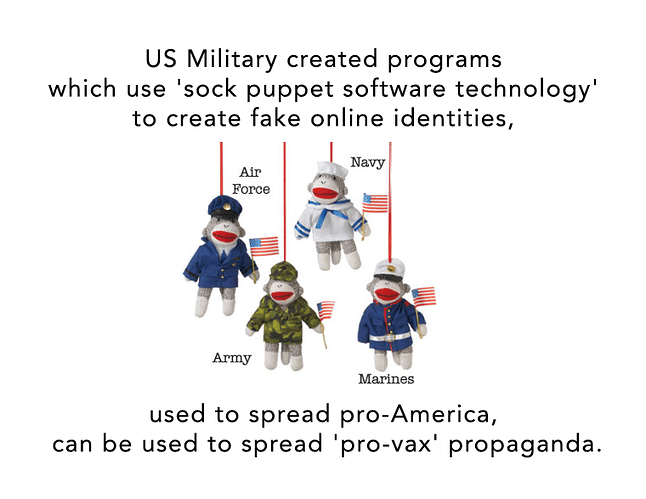 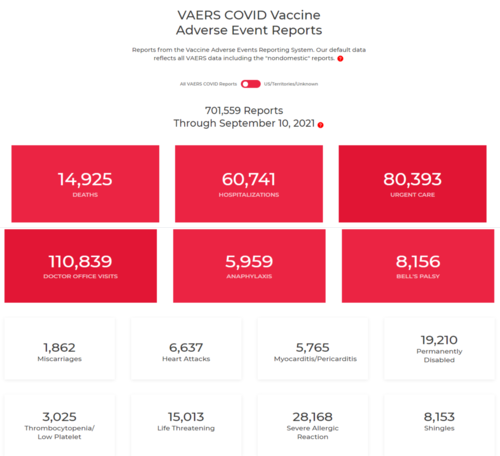 These Charts Say It All: The Depopulation Agenda Is In Full Swing As More And...

While according to Dr. Anthony Faust-i earlier in September, "it may take many, many more vaccine mandates to end the coronvirus pandemic", with 'Faust ' hinting at an endless series of mandatory vaxxes (for delta, mu, omega, zeta and all of the other variants that will be rolled out over the next few years) being necessary for Americans to one day be 'free' once again, we've got to take a look at the latest data coming to us from the VAERS website, with the one chart posted above dropping a nuclear bomb on the globalists argument that these 'vaxxes' are 'safe and effective' .

With the FDA recently voting 16 to 2 against the 'booster shots' that both Biden and Faust-i wanted to start rolling out upon Americans, we hear why in the 1st video that we've embedded at the bottom of this story, an 8 hour+ long FDA hearing in which one bombshell after another about the dangers of these shots being rolled out for everybody are dropped upon them.

With this Open Vaers website compiling into one place all of the tragedies now happening across America due to these unsafe jabs, we'll be taking a look within this story at numerous scenarios unfolding across America and the world, including here at ANP, where it appears this 2011 story over at The Guardian warning us the US Military's 'social media manipulation' programs had been created, programs which use 'sock puppet software technology' to create fake online identities, used to spread pro-America, or 'pro-vax' propaganda. Meaning that some of the comments you read here, and many at other online websites, may very well be comments created by bots to push the biden/fausti 'get vaxxed/masks prevent covid spread' agenda.