Tech will give corporations, governments the ability to hack humans 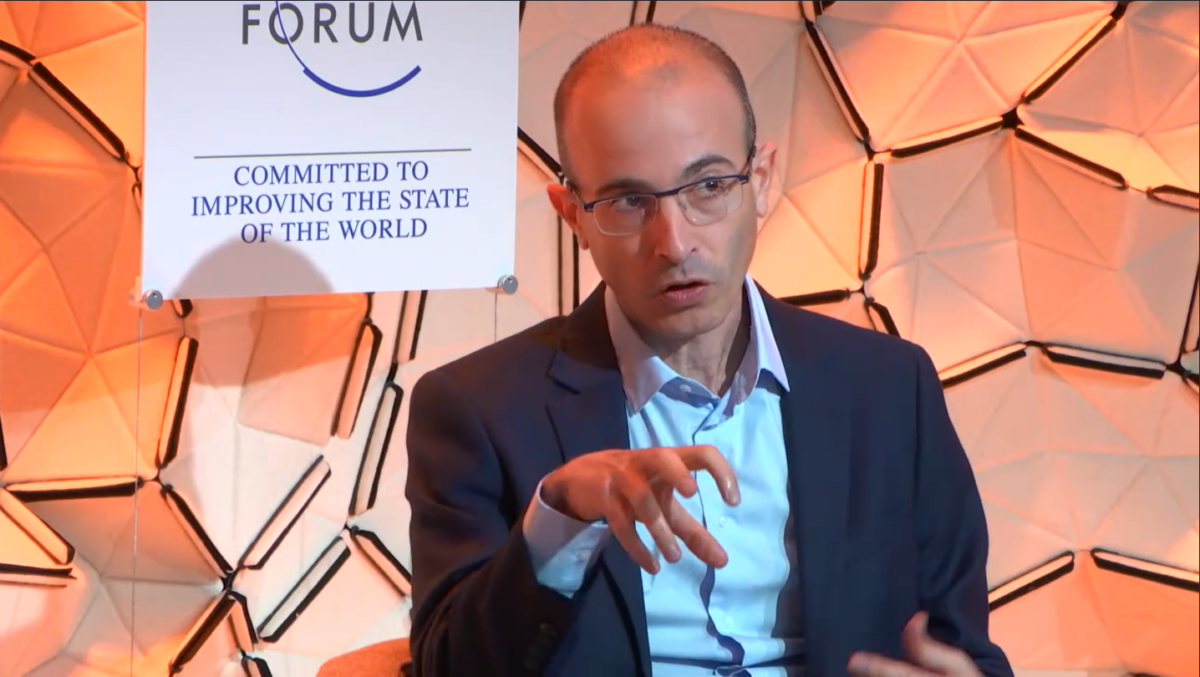 Tech Arms Race Will 'Give Corporations, Govts the Ability to Hack Humans':...

The tech arms race between the US and China will soon give corporations and governments the ability to hack human beings, and the loser will be humanity itself, says noted historian Yuval Harari at the World Economic Forum.

The tech arms race between the US and China will soon give corporations and governments the ability to hack human beings, and the loser will be humanity itself, says noted historian Yuval Harari at the World Economic Forum.

Juxtaposed alongside the CEO of Huawei — a company that has been blacklisted by the US government — Harari warned the Davos crowd that a future shaped by a technological arms race could represent an upheaval in society with humanity and political systems being the stakes.

“There is a lot of talk about hacking computers, smartphones, emails, bank accounts, but the really big thing is hacking human beings.

“And once you reach that point, and we are very close to that point […] and we have no idea what happens once we pass that point,” the historian added.

Hackable Humans Can Become Godlike or Fall to Digital Dictators Lording Over...

While tech is giving humans godlike abilities to re-engineer life itself, humans are still hackable animals, and the threat of digital dictators lording over data colonies is a realistic threat, according to insights from the World Economic Forum.

While AI and biotech are giving humans abilities to re-engineer life itself, humans are still hackable animals, and the threat of digital dictators lording over data colonies is a realistic threat, according to insights from the World Economic Forum.

In his speech on How to Survive the 21st Century historian Yuval Harari outlined how technology could be used to alter the future of humanity in extremely dystopian ways.

These include the creation of a “useless class” of humans, the rise of digital dictatorships with their new forms of totalitarianism, and biohacking humans to the point where they either become "godlike", or they lose all of their spirituality.

Harari warned that AI in the 21st Century could create a “useless class” of people who will have become irrelevant to the economic and political system through automation.

Some of Harari’s predictions are already taking place now.

The serpent continues to tempt man -

Dueteronomy 3:3 But of the fruit of the tree which [is] in the midst of the garden, God hath said, Ye shall not eat of it, neither shall ye touch it (the tree of the knowledge of evil - the devil), lest ye die.
3:4 And the serpent (devil - liar) said unto the woman, Ye shall not surely die:
3:5 For God doth know that in the day ye eat thereof, then your eyes shall be opened, and ye shall be as gods, knowing good and evil.
3:6 And when the woman saw that the tree [was] good for food, and that it [was] pleasant to the eyes, and a tree to be desired to make [one] wise, she took of the fruit thereof, and did eat, and gave also unto her husband with her; and he did eat.

Yes, please read The Way Home or Face The Fire - this LITERALLY changed my life, for the good.

Dear @NancyDrewberry and @TruthWINS ,
Agreed. TWHOFTF is an extraordinary book for those who are seeking a higher Life with God and Christ. There are no coincidences. God is always right on time

Everyone has all been warned and unfortunately most will not listen to The Truth instead sadly they continue to listen to lies.

Matthew 6:19 Lay not up for yourselves treasures upon earth, where moth and rust doth corrupt, and where thieves break through and steal:
6:20 But lay up for yourselves treasures in heaven, where neither moth nor rust doth corrupt, and where thieves do not break through nor steal:
6:21 For where your treasure is, there will your heart be also.

Rev. 18:4 And I heard another voice from heaven, saying, COME OUT of her, MY people, that ye take not part in her sins, and that ye receive not of her plagues (punishment).

It Seems Few Will Listen To Elijah

around the globe, can infect phones without a click

Military-grade spyware licensed by an Israeli firm to governments for tracking terrorists and criminals was used in attempted and successful hacks of 37 smartphones belonging to journalists, human rights activists, business executives and two women close to murdered Saudi journalist Jamal Khashoggi, according to an investigation by The Washington Post and 16 media partners.

The phones appeared on a list of more than 50,000 numbers that are concentrated in countries known to engage in surveillance of their citizens and also known to have been clients of the Israeli firm, NSO Group, a worldwide leader in the growing and largely unregulated private spyware industry, the investigation found.

The list does not identify who put the numbers on it, or why, and it is unknown how many of the phones were targeted or surveilled. But forensic analysis of the 37 smartphones shows that many display a tight correlation between time stamps associated with a number on the list and the initiation of surveillance, in some cases as brief as a few seconds.

Forbidden Stories, a Paris-based journalism nonprofit, and Amnesty International, a human rights group, had access to the list and shared it with the news organizations, which did further research and analysis. Amnesty’s Security Lab did the forensic analyses on the smartphones.

The numbers on the list are unattributed, but reporters were able to identify more than 1,000 people spanning more than 50 countries through research and interviews on four continents: several Arab royal family members, at least 65 business executives, 85 human rights activists, 189 journalists, and more than 600 politicians and government officials — including cabinet ministers, diplomats, and military and security officers. The numbers of several heads of state and prime ministers also appeared on the list.

Among the journalists whose numbers appear on the list, which dates to 2016, are reporters working overseas for several leading news organizations, including a small number from CNN, the Associated Press, Voice of America, the New York Times, the Wall Street Journal, Bloomberg News, Le Monde in France, the Financial Times in London and Al Jazeera in Qatar.

The targeting of the 37 smartphones would appear to conflict with the stated purpose of NSO’s licensing of the Pegasus spyware, which the company says is intended only for use in surveilling terrorists and major criminals. The evidence extracted from these smartphones, revealed here for the first time, calls into question pledges by the Israeli company to police its clients for human rights abuses.

The media consortium, titled the Pegasus Project, analyzed the list through interviews and forensic analysis of the phones, and by comparing details with previously reported information about NSO. Amnesty’s Security Lab examined 67 smartphones where attacks were suspected. Of those, 23 were successfully infected and 14 showed signs of attempted penetration.

For the remaining 30, the tests were inconclusive, in several cases because the phones had been replaced. Fifteen of the phones were Android devices, none of which showed evidence of successful infection. However, unlike iPhones, Androids do not log the kinds of information required for Amnesty’s detective work. Three Android phones showed signs of targeting, such as Pegasus-linked SMS messages.

Amnesty shared backup copies of data on four iPhones with Citizen Lab, which confirmed that they showed signs of Pegasus infection. Citizen Lab, a research group at the University of Toronto that specializes in studying Pegasus, also conducted a peer review of Amnesty’s forensic methods and found them to be sound.

In lengthy responses before publication, NSO called the investigation’s findings exaggerated and baseless. It also said it does not operate the spyware licensed to its clients and “has no insight” into their specific intelligence activities.

After publication, NSO chief executive Shalev Hulio expressed concern in a phone interview with The Post about some of the details he had read in Pegasus Project stories Sunday, while continuing to dispute that the list of more than 50,000 phone numbers had anything to do with NSO or Pegasus.

“The company cares about journalists and activists and civil society in general,” Hulio said. “We understand that in some circumstances our customers might misuse the system and, in some cases like we reported in [NSO’s] Transparency and Responsibility Report, we have shut down systems for customers who have misused the system.”

He said that in the past 12 months NSO had terminated two contracts over allegations of human rights abuses, but he declined to name the countries involved.

“Every allegation about misuse of the system is concerning me,” he said. “It violates the trust that we give customers. We are investigating every allegation.”

NSO describes its customers as 60 intelligence, military and law enforcement agencies in 40 countries, although it will not confirm the identities of any of them, citing client confidentiality obligations. The consortium found many of the phone numbers in at least 10 country clusters, which were subjected to deeper analysis: Azerbaijan, Bahrain, Hungary, India, Kazakhstan, Mexico, Morocco, Rwanda, Saudi Arabia and the United Arab Emirates. Citizen Lab also has found evidence that all 10 have been clients of NSO, according to Bill Marczak, a senior research fellow.

Forbidden Stories organized the media consortium’s investigation, and Amnesty provided analysis and technical support but had no editorial input. Amnesty has openly criticized NSO’s spyware business and supported an unsuccessful lawsuit against the company in an Israeli court seeking to have its export license revoked. After the investigation began, several reporters in the consortium learned that they or their family members had been successfully attacked with Pegasus spyware. I am the Lord of your life, Guardian of your inmost being, the Christ of God. Sheltered in My Hidden Place no harm can befall you. Pray to know this.

Let this Truth become a part of your very consciousness, that where I am no evil can be, and that therefore when you abide in Me and I in you no evil can touch you.

Spiritual Truths take sometimes many years to learn, sometimes they come 'Out of the Blue' in a flash of sudden revelation.

Your Destination Of pure Entertainment

Videos in the above Gibraltar Messenger article: 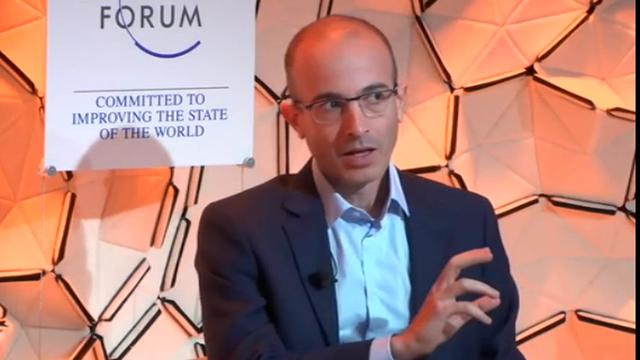 Read the post/thread at Defending-Gibraltar that contains this video: Tech will give corporations, governments the ability to hack humans https://defending-gibraltar.net/t/tech-will-give-corporations-governments-the-ability-to-hack-humans/2713 Co… 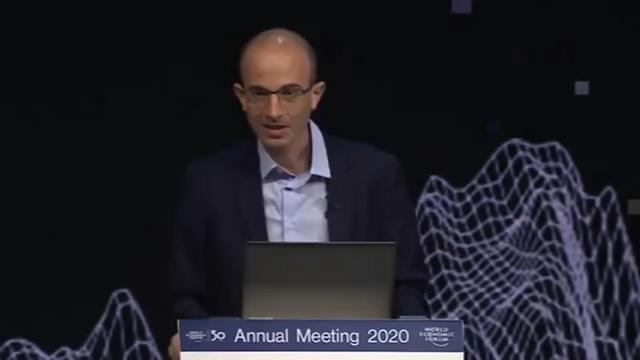 Read the post/thread at Defending-Gibraltar that contains this video: Tech will give corporations, governments the ability to hack humans https://defending-gibraltar.net/t/tech-will-give-corporations-governments-the-ability-to-hack-humans/2713 Come,…

The WEF Wants To Hack & Penetrate Your DNA And Sou The WEF Wants To Hack & Penetrate Your DNA And Soul

Read the post/thread at Defending-Gibraltar that contains this video: Tech will give corporations, governments the ability to hack humans https://defending-gibraltar.net/t/tech-will-give-corporations-governments-the-ability-to-hack-humans/2713 Co…