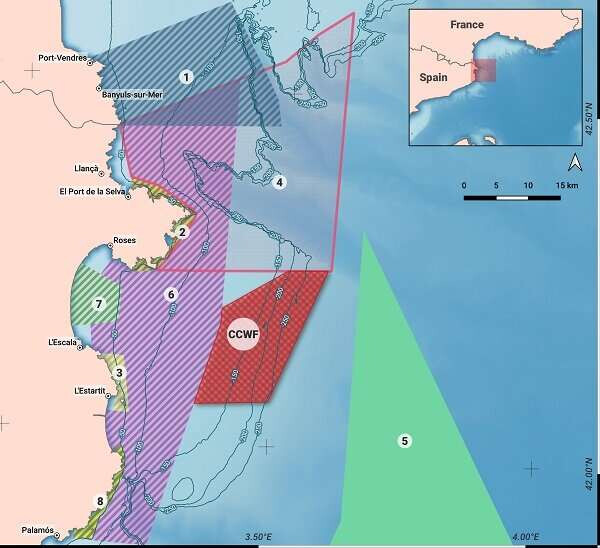 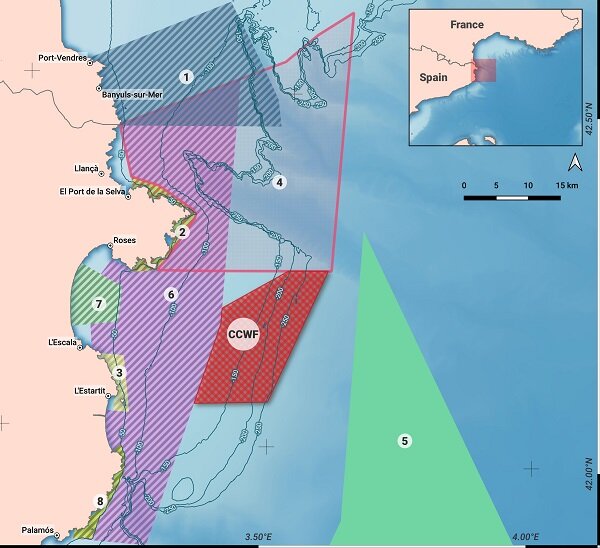 Study recommends excluding and moving offshore wind farms away from the...

A scientific team on marine sciences and geography of the University of Barcelona, the University of Girona (UdG), the Centre for Advanced Studies of Blanes (CEAB-CSIC) and the Institute of Marine Sciences (ICM-CSIC) recommends excluding and moving...

A scientific team on marine sciences and geography recommends excluding and moving offshore wind farms from the protected areas in the Mediterranean due to the serious negative impacts these facilities can cause on the marine biodiversity and the landscape. This is one of the main conclusions of the team's paper, published in the journal Science of the Total Environment, which includes the participation of the lecturer Jordi Solé, from the Department of Earth and Ocean Dynamics of the Faculty of Earth Sciences of the UB.

The article highlights that the large-scale offshore wind farms can entail "serious environmental risks to the seafloors and the biodiversity of many areas in the Mediterranean due to the specific ecological, socioeconomic features and the vulnerability of this semi-enclosed sea." Therefore, "models such as those in the Northern seas cannot be imported directly," where there are many offshore wind farms. For the team, the Mediterranean is known for its "narrower but more heterogeneous shelf and a higher proportion of threatened species and habitats than Northern European seas."

The structures of the wind turbines are complex. Under the water, the floating wind farms—those that would be set up in the Mediterranean—require huge mooring and anchorage systems that can affect the integrity of the seafloors. Marine mammals can collide or can get tangled up in the wires. Also, the noise caused by the wind farms accumulates with other sounds from human activities—such as sailing—and it has a negative impact on the behavior of marine mammals. Moreover, these floating platforms are also attracting for invasive species or opportunist species that can alter the fragile balance of the biodiversity.

Researchers are especially worried about this phenomenon because the arrival of exotic species affects the Mediterranean more than any other European sea.

The study states that the impacts will not be noticed in the coast only, but they will reach inland and coastal towns. These towns will have to house infrastructures (access roads, substations, transmission lines or temporary structures) that can damage fragile ecosystems such as wetlands, for example.

The paper notes that the exclusion of the fishing activity—including artisanal fishing—of the affected areas by the offshore wind farms can have economic, social and environmental consequences for the fishermen, the fishing industry, the coastal communities that depend on this sector, and society in general. In addition, the sounds, vibration, and the electromagnetic fields of the cables can echo on captures.

The study ends with a series of recommendations for the policymakers in order to "rationalize the race of offshore wind farm proposals in the Mediterranean by the energy companies." According to the scientists, they should first apply the precautionary principle "to guarantee the highest level of protection for the environment through preventive decision-taking in cases of clear environmental risks, like the case of Costa Brava."