Spain Joins In - marching with the evil technocracy plan 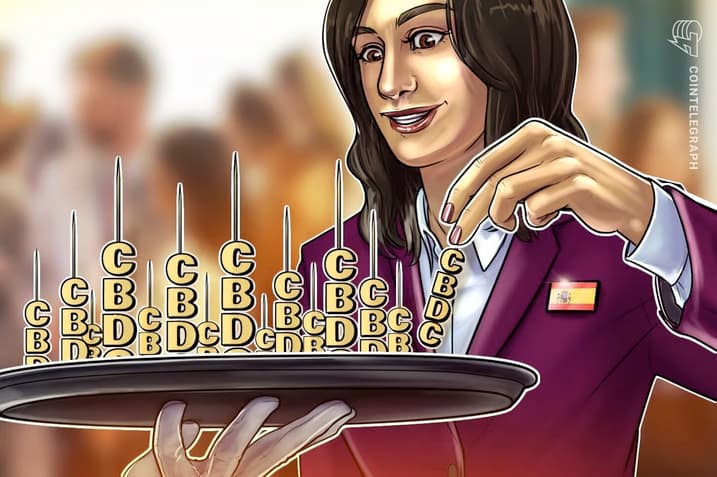 Bank of Spain (BDE) has announced it will be experimenting with wholesale central bank digital currencies (CBDCs), which will be separate from the work the European Union (EU) is doing on the digital euro.

The bank will focus on three main areas with the program that seeks to simulate the movement of funds, experiment with the liquidation of financial assets, and analyze the benefits and drawbacks of introducing a wholesale CBDC to its current processes and infrastructure according to a translated Dec. 5 statement.

A wholesale CBDC refers to a digital currency typically for use by banks to keep reserves with a central bank, as compared to a retail or general-purpose CBDC that’s open to use by the public.

The program is “exclusive” to the BDE and it stated it was unrelated to work being undertaken in the European Union researching the use of a digital euro.

How Banksters Rule The World – A DIGITAL EURO Other

[image] PSOE, which holds the presidency of the country and is the leading force in the Chamber of Deputies, presented a non-law proposition (PNL) which looks to launch a national digital currency in response to decreased usage of physical cash, according to the Spanish newspaper El Economista. PSOE promoted this measure after the European Central Bank (ECB) announced its intentions to create a digital euro, the report added. Last week, the European Union designated the Bank of Spain and …