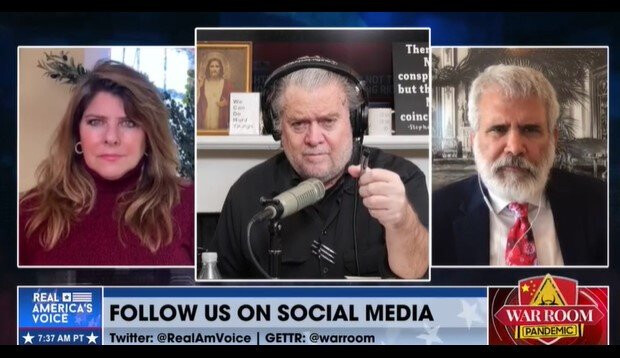 "Premeditated Manslaughter of Millions of People Coordinated at the Highest...

On Monday night Project Veritas released their latest investigation and it was a BOMBSHELL! Project Vertias released never before seen military documents regarding the origins of Covid-19, gain-of-function research, vaccines, potential treatments and...

On Monday night Project Veritas released their latest investigation and it was a BOMBSHELL! Project Vertias released never before seen military documents regarding the origins of Covid-19, gain-of-function research, vaccines, potential treatments and the government’s effort to conceal everything.

‘If the Department of Defense felt this [gain-of-function] research was too dangerous to proceed with, why in the world did the NIH, NIAID and EcoHealth Alliance recklessly disregard the risks involved?’ O’Keefe asked his viewers.

On Tuesday morning Dr. Robert Malone, the inventor of the mRNA vaccine, and Dr. Naomi Wolf, a former Clinton adviser and democracy activist, joined Steve Bannon on The War Room to respond to the Project Veritas bombshell.

Dr. Malone called it “bigger than the Pentagon Papers.”

Dr. Wolf called it “manslaughter of millions of people coordinated at the highest levels.”

Naomi Wolf: The fact that Dr. Fauci grossly perjured himself is hugely apparant. It is the least of the crimes if indeed these are verified documents… I can’t overstate this, this is a premeditated kind of manslaughter of millions of people coordinated at the highest levels according to these documents. Treatments that would have saved lives were intentionally or reportedly intentionally suppressed.

Via The War Room 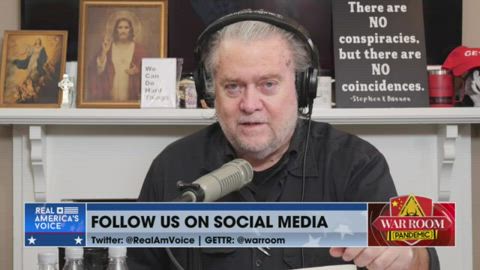 “Premeditated Manslaughter of Millions of People Coordinated at the Highest Levels” – Naomi Wolf and Dr. Malone Respond to Project Veritas BOMBSHELL!!! --------------- On Monday night Project Veritas released their latest investigation and it was a... r/conspiracy - Moderna is the key to all of this

moderna was about to be bankrupt because all of their cancer and heart disease mRNA drugs failed miserably in the clinic and kept killing animals. they publicly talked about a secret "plan" they had to turn things around. remember this is the company that never faced any scrutiny because they refused to publish ANYTHING for peer review - ala theranos.

around 2017/2018 we know ecohealth alliance (aka peter daszik) was shopping around his gain-of-function plans to get funding from agencies, including DARPA. they were declined because it was illegal, but NIH (thanks to fauci personally overriding) was happy to oblige

moderna has disclosed in the past that they expanded their pan-coronavirus vaccine program with the NIH in 2015. note that the DARPA leak indicates that SARS-COV-19, the pathogen causing COVID-19, was originally a vaccine (or its precursor virus) that escaped/released from the lab

autists on the internet have figured out that moderna in 2017 patented a synthetic amino acid sequence: CTCCTCGGCGGGCACGTAG that encodes the furin cleavage site (i.e., why covid-19 is able to be so infectious to humans instead of just bats). here's the kicker: that sequence is IN THE GENOME OF COVID-19. if this is truly a synthetic sequence (i haven't seen anything to convince me otherwise) the chance of 16 amino acids randomly being in this order make 1 in a quadrillion look like good odds. read this paragraph again.

remember the hilarious explanation moderna publicly gave. they created their vaccine in TWO DAYS. they freely admit they took one of their existing preclinical NIH projects (for MERS) and swapped in the spike protein sequence they received directly from China/NIH. anyone familiar with drug manufacturing understands this is complete bullshit, especially given every single attempt at doing this in animals before was fraught with animal deaths. so the hilarious revelation is they pulled a bill gates and created the virus and sold the anti-virus (literally lmao - the bill & melinda foundation funded moderna $100mn for work on HIV)

this is the smoking gun that proves the virus was lab created, using NIH funds and the scaffolds originated at moderna. so moderna literally created both COVID-19 and then scammed taxpayers out of hundreds of billions of dollars by lobbying the government to force citizens to get their clotshot under threat