"We would like to apologise for the way in which politicians are represented in this programme. It was never our intention to imply that politicians are weak-kneed, political time servers who are more concerned with their personal vendettas and private power struggles than the problems of government, nor to suggest at any point that they sacrifce their credibility by denying free debates on vital matters in the mistaken impression that party unity comes before the well-being of the people they supposedly represent, nor to imply at any stage that they are squabbling little toadies without an ounce of concern for the vital social problems of today. Nor indeed do we intend that viewers should consider them as crabby ulcerous self-seeking little vermin with furry legs and an excessive addition to alcohol and certain explicit sexual practises which certain people might find offensive. We are sorry if this impression has come across." – Monty Python 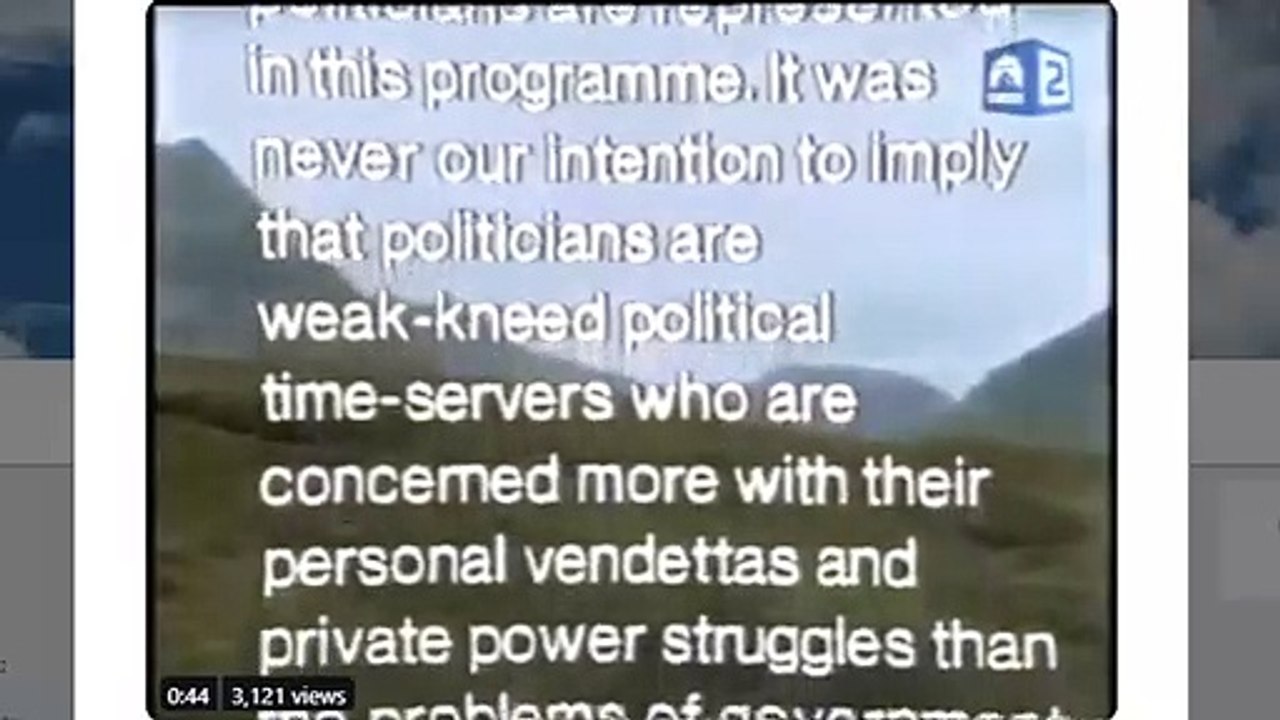 Politicians An Apology by Monty Python 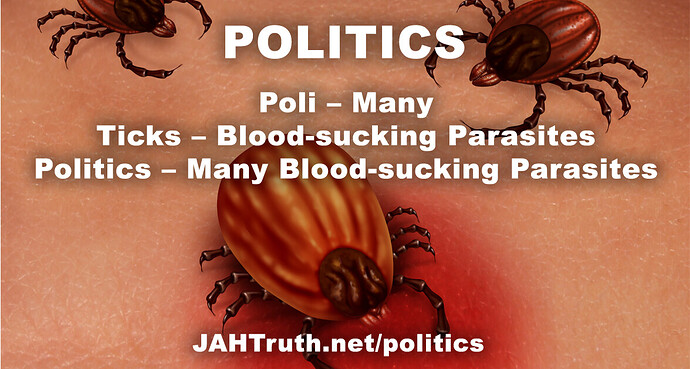 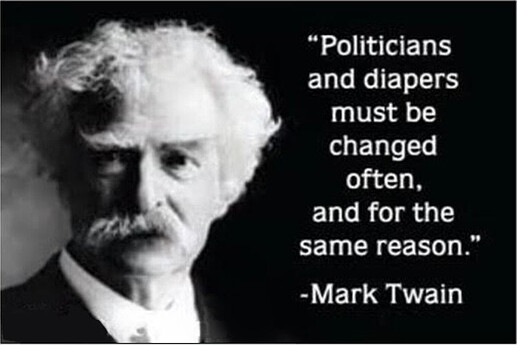 "Politicians and diapers (nappies) must be changed often, and for the same reason." - Mark Twain

John Cleese Blasts Wokeness As The ‘Death Of Creativity’ 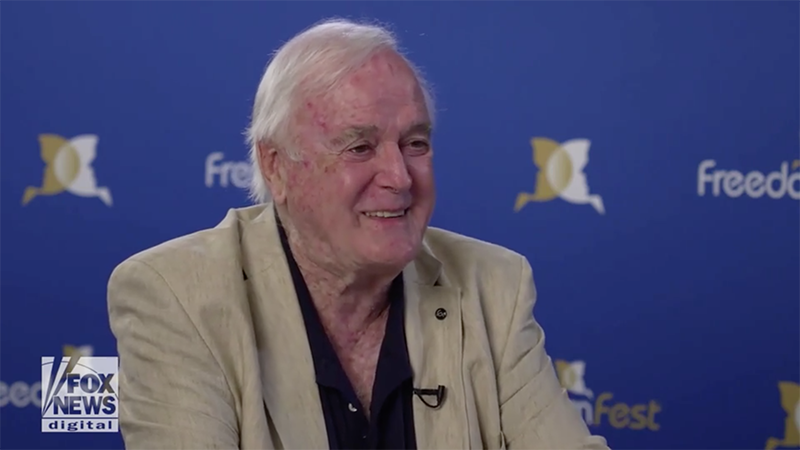 John Cleese Blasts Wokeness As The ‘Death Of Creativity’

"If you're worried about offending people and constantly thinking of that, you are not going to be very creative"

egendary comedian John Cleese has warned that woke ideology has not only been “disastrous” for comedy, but is leading to the “death of creativity” in general.

During an interview with Fox News, Cleese was asked if comedians today are allowed “the freedom to be funny,” to which he responded “no.”

Speaking from the site of the FreedomFest conference in Las Vegas, the Monty Python star said “There’s always been limitations on what they’re allowed to say.”

“Why, you go to Molière and Louis XIV. I mean, Molière had to be a bit careful. And there will always be limitations,” Cleese continued, adding “I mean in England, until some ridiculous late date like 1965, all plays had to be submitted to what used to be a part of the palace called the Lord Chamberlain, and he would read it and there were hilarious letters used to go back was saying ‘you may only say f— once,’ this sort of- ‘and you cannot say bugger. But you can say-‘ these sort of ridiculous negotiating letters.”

Cleese continued, “But I think it’s particularly worrying at the moment because you can only create in an atmosphere of freedom where you’re not checking everything you say critically before you move on.”

“What you have to be able to do is to build without knowing where you’re going because you’ve never been there before,” Cleese urged, adding “That’s what creativity is—you have to be allowed to build. And a lot of comedians now are sitting there and when they think of something, they say something like, ‘Can I get away with it? I don’t think so. So and so got into trouble, and he said that, oh, she said that.’ You see what I mean? And that’s the death of creativity.”

Cleese further asserted that wokeness allows the “critical mind” to dominate the creative, with the two “definitely in opposition to each other.”

“You can do the creation and then criticize it, but you can’t do them at the same time. So if you’re worried about offending people and constantly thinking of that, you are not going to be very creative. So I think it has a disastrous effect,” he urged.

While admitting that wokeness makes creativity impossible for younger people, Cleese noted “my audience is much older, and they’re simply not interested in most of the woke attitudes.”

Nevertheless the comedian admitted that he feels a “great sadness” that there are “very, very few really good” comedy shows around now.

Cleese has long been outspoken against cancel culture, previously slamming permanently offended woke people, insisting that they have no sense of humour and are contributing to the death of comedy.

Last November Cleese pulled out of a scheduled speech at Cambridge University, announcing that he was canceling himself “before someone else does,” as a form of protest against the woke ‘debating society’ at the University banning another guest, art critic Andrew Graham-Dixon, for previously impersonating Adolf Hitler.

The comedian also made headlines last year by tweeting out an ‘apology’ for using ‘white English people’ as the butt of the joke in past sketches, a reaction to The Simpsons actor Hank Azaria apologising for voicing an Indian character.

Cleese’s latest comments come as comedian Dave Chappelle had a show cancelled by a venue that capitulated to a woke mob on Twitter claiming Chappelle is ‘transphobic’.

Fellow British comedian Rowan Atkinson, famous for portraying the characters Mr Bean and Blackadder, has also slammed the rise of a destructive cancel culture, describing online trolls trying to ban everything as “the digital equivalent of the medieval mob.” 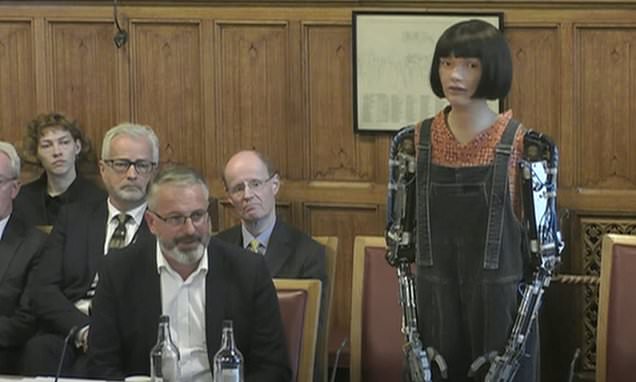 A British humanoid called Ai-Da is addressing members of the House of Lords Communications and Digital Committee in Westminster on Tuesday afternoon.