What would Gibraltar rate in political integrity?* 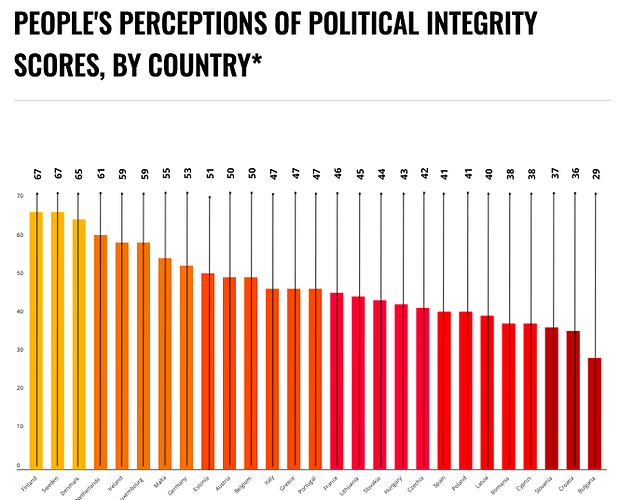 Transparency International's new analysis examines the extent to which EU citizens think decision-makers exercise their power for the common good.

While people have been struggling with the COVID-19 crisis, many politicians in the European Union (EU) found new opportunities to consolidate their wealth and power by colluding with businesses, restricting civic liberties and side-stepping anti-corruption measures.

Much of this happened behind closed doors, but citizens were aware of resources being skewed in favour of certain powerful groups instead of being used for the common good.

WHERE TO WITH THE GSLP-LIBERALS?

PICARDO ADMITS TO ‘WASTE AND ABUSE’ WHILST GSLP-LIBERAL HYPOCRISY CONTINUES