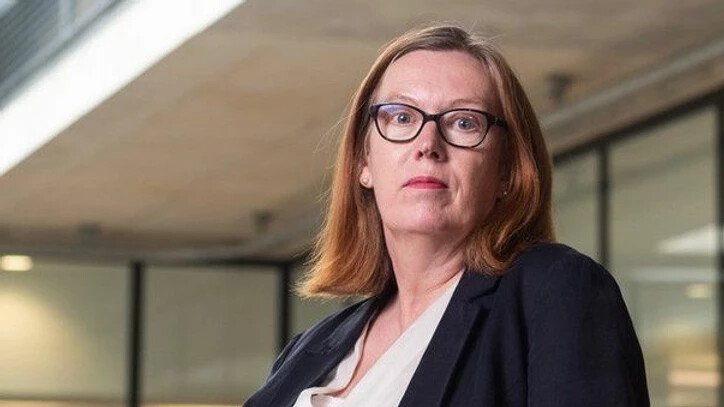 Sarah Gilbert: Next pandemic could be more lethal than Covid - BBC News

Sarah Gilbert: Next pandemic could be more lethal than Covid

More funding is needed to prepare for pandemics and prevent gains from being lost, Dame Sarah Gilbert says.

She also called for the rapid progress seen in delivering vaccines and medicines during the pandemic to become the norm.

Dame Sarah - who was recognised with a damehood in the Queen's Birthday Honours earlier this year - began designing a coronavirus vaccine in early 2020 when Covid first emerged in China.

The Oxford-AstraZeneca jab is now the most widely used around the world, with doses sent to more than 170 countries.

As we can see, Gilbert has been rewarded for her evil participation by Elizabeth 2.

This title recognition doesn't compare to the fortune she is making off the AZ poison:

Oxford Scientist Threatens 'Next Pandemic' Could be More Lethal than Covid 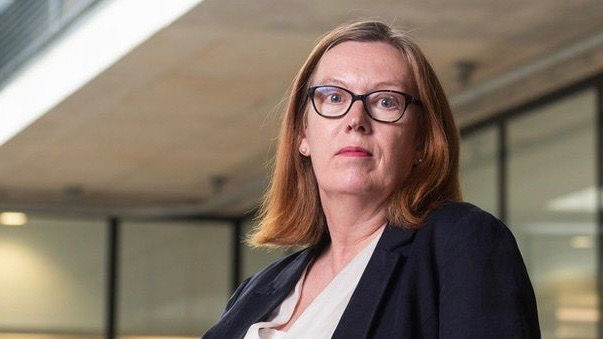 Oxford Scientist Threatens 'Next Pandemic' Could be More Lethal than Covid

Is Bill Gates telling Sarah Gilbert what to say again? Professor Gilbert, who has yet to comment on the huge number of blood-clot deaths th

Is Bill Gates telling Sarah Gilbert what to say again?

This is not the first time that the Oxford Scientist has been controlled by Bill Gates. Oxford University initially said any vaccine it developed would be open to qualified manufacturers to produce without paying royalties, and priced either at cost or at a small profit. However, as soon as Gates became involved in the project the focus changed. In August 2020, reportedly after pressure from the Bill & Melinda Gates Foundation, the university decided to change course. Gates reportedly 'took charge' of the project, pushing the university into entering an exclusive licensing agreement with the British-Swedish drugmaker AstraZeneca.

And here's what was posted on Dr. Mike Yeadon's Telegram Channel:

Oxford scientist (Sarah Gilbert) set for £15m payday in Vaccitech flotation: April 2021:
“Professor Sarah Gilbert, the Oxford scientist behind Astrazeneca’s coronavirus jab, is set to land a payday of as much as $20m (£15m) as her vaccine start-up prepares for its stock market debut.

Gilbert is understood to be sitting on millions of dollars worth of shares in biotech firm Vaccitech, which is expected to list in an initial public offering (IPO) in New York later this year.

Gilbert established Vaccitech in 2016 together with fellow university professor Andrew Hill {it was Adrian Hill}. The firm has played a crucial role in the development of the Astrazeneca vaccine, which the Anglo-Swedish company has pledged to sell on a not-for-profit basis during the pandemic.

However, Vaccitech is entitled to royalty and milestone payments from the jab, which could hike in value if booster Covid jabs are required in the long-term.

Gilbert and Hill each own more than five per cent of the company, according to the latest filings with Companies House.

The company raised $168m earlier this year in a round which reportedly valued it at $450m.

Oxford Sciences Innovation, which helps the university to make money from its intellectual property, is also a major shareholder.

The company’s choice of the US for its public listing will come as a major blow to London, which has embarked on a major push to attract more companies to the City over the past few months.

Vaccitech is understood to be targeting an IPO valuation of around $700m, according to The Wall Street Journal”.

Sarah Gilbert was also brought up on this Defending-Gibraltar Threads:

• Gibraltar: Whole Genome Sequencing Of Virus Causing COVID Can Now Be Undertaken Locally - #8 by DOTS – Arguably most troubling of all is the direct link of the vaccine’s lead developers to the Wellcome Trust and, in the case of Adrian Hill, the Galton Institute, two groups with longstanding ties to the UK eugenics movement.

• Moderna COVID Vax Ingredients: DEADLY POISON “SM-102 – Not for Human or Veterinary Use” - #4 by DOTS – This supposed-independent project is run by what? – Centre for Clinical Vaccinology and Tropical Medicine, Churchill Hospital, University of Oxford – its medical content is reviewed by Andrew Pollard, who is the director of the Oxford Vaccine Research Group and who chairs the UK Joint Committee on Vaccination and Immunisation (JCVI). And what is Oxford involved in – a Covid19 vaccine, with the likes of Prof. Sarah Gilbert and Prof. Adrian Hill – Developers of Oxford-AstraZeneca Vaccine Tied to UK Eugenics Movement - unlimitedhangout.com 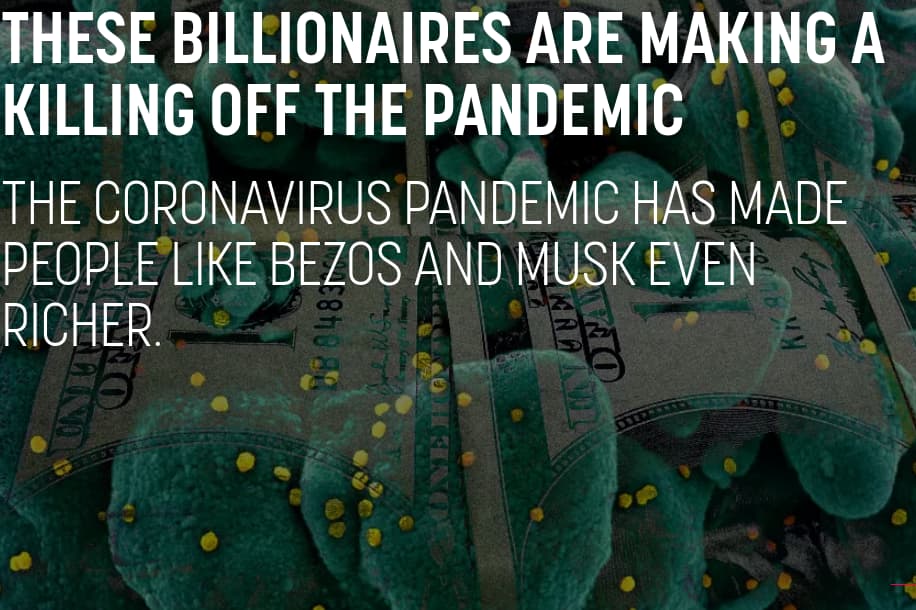 A number of American billionaires have used the coronavirus pandemic to grow even wealthier than they were before.

In fact, billionaires in the U.S. have increased their wealth by a combined $282 billion, Fast Company reports. That’s a ten percent increase over where the billionaire class stood at the beginning of March — illustrating how the global crisis has furthered global inequality.

Some of that newfound wealth came from how consumer behavior has changed since people found themselves stuck at home during the quarantine.

For instance, the video conferencing software Zoom saw a surge in new users as isolated friends and family sought a way to connect online. As a result, Fast Company reports that Zoom CEO Eric Yuan has personally made $2.58 billion over the past two months.

But market changes alone don’t explain how people like SpaceX CEO Elon Musk or all of how Amazon CEO Jeff Bezos have walked away with significant increases to their net worth. The rest comes from numerous tax breaks and loopholes, not unlike how Microsoft founder Bill Gates actually grew wealthier after pivoting to largescale philanthropy.

“We’re reading about benevolent billionaires sharing .0001% of their wealth with their fellow humans in this crisis,” inequality researcher Chuck Collins told Fast Company, “but in fact they’ve been rigging the tax rules to reduce their taxes for decades — money that could have been spent building a better public health infrastructure.”

More on the mega-rich: The Wealthy Are Hiding From the Pandemic in Underground Bunkers 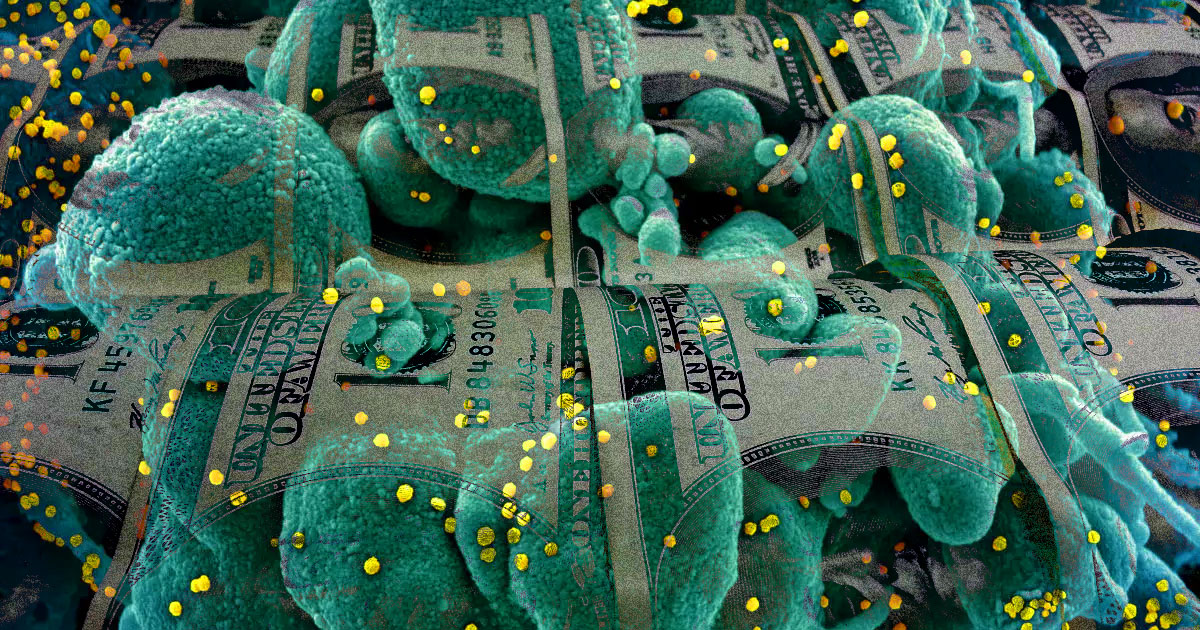 These billionaires made a killing off the pandemic

The invisible hand is flipping us all off.

Provebs 22:16 He that oppresseth the poor to increase his [riches, and] he that giveth to the rich, [shall] surely [come] to want.

The human-nature is frightening.

Nature is cunning; it misleads people and tricks and deceives them, and always has its own interest at heart. But grace walks honestly and openly; it avoids all that has a look of evil about it, and it lays no traps; it does everything solely for the sake of God, in Whom it finds its ultimate rest.

THE DIFFERENT EFFECTS OF NATURE AND GRACE

Jesus said “judge a tree by its fruit”, which clearly means we are to judge others by the results of their actions, not by their words alone (Matt. 7:16-27). And those judgments are NEVER to be our own (Deut. 12:8); rather they are to be solely the application of God’s Judgments, Statutes and COMMANDMENTS, found only in His Law (Matt. 5:17-20). The Law is the ONLY Criterion to be used to determine what is truly right and wrong ([Deut. 4:2] 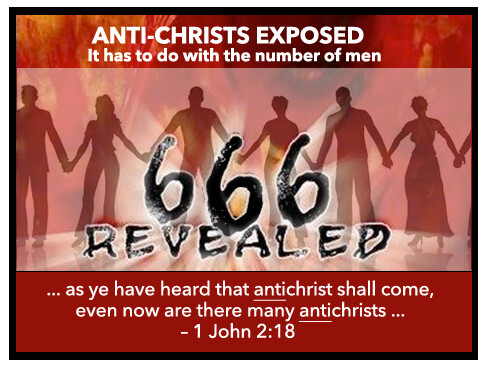 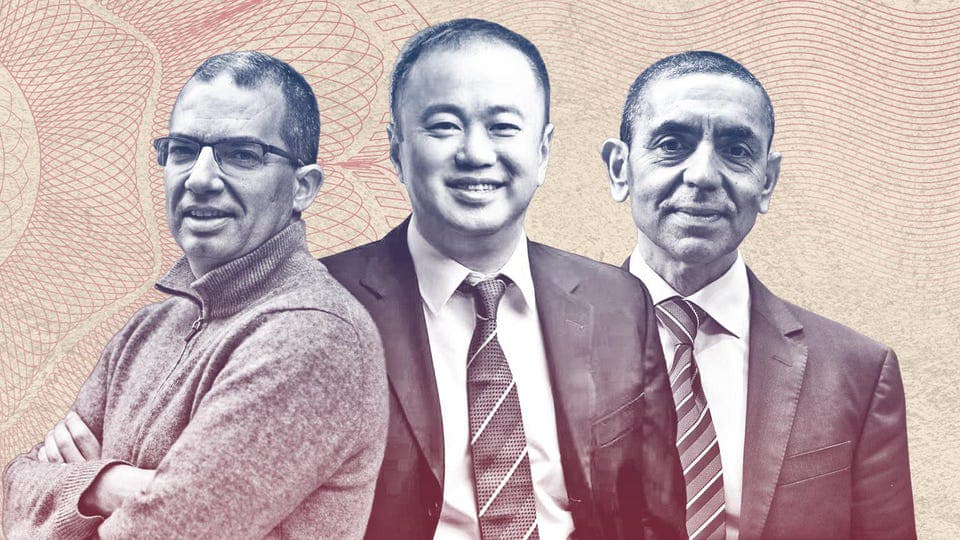 New Plandemic Billionaires: Stephane Bancel (left), CEO of Moderna, a company that had never distributed a vaccine prior to their COVID-19 mRNA vaccine, Liu Fangyi (center), founder and chairman of Intco Medical, a manufacturer of personal protective equipment including gloves, face masks, isolation gowns and hand sanitizer. California alone sent $1BILLION of U.S. COVID taxpayer funds to China in 2020 for face masks. Uğur Şahin (right), the CEO and cofounder of BioNTech, which he started alongside his wife and chief medical officer Özlem Türeci. BioNTech partnered with Pfizer to make the first vaccine authorized by regulators in the U.S., under pressure by then President Donald Trump, on December 11, 2020. Image Source by Forbes.

As the cost of essential goods rises faster than it has in decades, billionaires in the food and energy sectors are increasing their fortunes by $1 billion dollars every two days

For every new billionaire created during the pandemic — one every 30 hours — nearly a million people could be pushed into extreme poverty in 2022 at nearly the same rate, reveals a new Oxfam brief today.

“Profiting from Pain” is published as the World Economic Forum in Davos takes place for the first time face-to-face since COVID-19, a period during which billionaires have enjoyed a huge boost to their fortunes.

In Canada, the wealth of billionaires has increased by 57.1 per cent since the beginning of the pandemic, in March 2020. The 41 richest billionaires own as much as the poorest 40 per cent of Canadians.

573 people became new billionaires during the pandemic, at the rate of one every 30 hours. We expect this year that 263 million more people will crash into extreme poverty, at a rate of a million people every 33 hours.

The fortunes of food and energy billionaires have risen by $453 billion in the last two years, equivalent to $1 billion every two days. Five of the world’s largest energy companies (BP, Shell, TotalEnergies, Exxon and Chevron) are together making $2,600 profit every second, and there are now 62 new food billionaires.

The pandemic has created 40 new pharma billionaires. Pharmaceutical corporations like Moderna and Pfizer are making $1,000 profit every second just from their monopoly control of the COVID-19 vaccine, despite its development having been supported by billions of dollars in public investments. They are charging governments up to 24 times more than the potential cost of generic production. Eighty-seven per cent of people in low-income countries have still not been fully vaccinated.