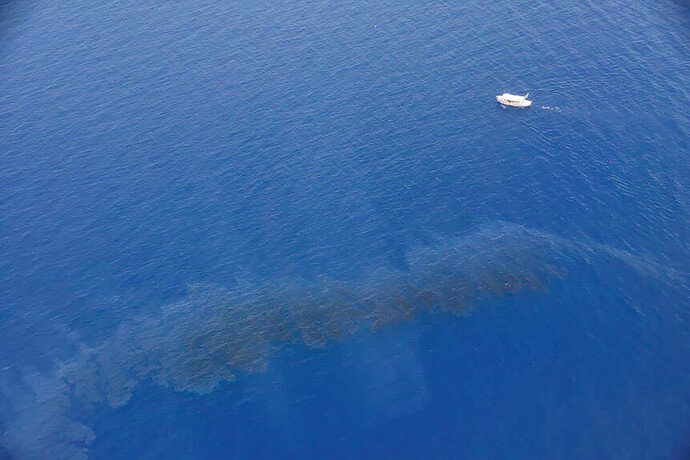 Maritime officials fear heavy-grade oil, believed to have leaked from a passing ship, could reach the east coast of Corsica. Naval ships are now racing to the area with "anti-pollution material". 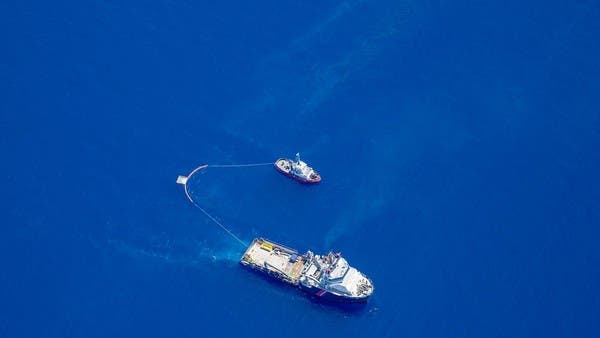 French ships head to Mediterranean to minimize impact of oil spill near...

French officials were racing Saturday to minimize the environmental impact of an oil spill approaching eastern Corsica, with two navy boats armed with

June 12 - The heavy-grade oil, which appears to have leaked from a ship, was first detected about midday on Friday during a surveillance operation by the local airbase.

By Saturday, officials had detected two large slicks stretching over 19 nautical miles (35 kilometres), one 800 metres offshore, the other 3.5km.

"Surveillance by plane and helicopter mid-morning Saturday allowed us to locate several scattered slicks, some of which are approaching the coast," Ms Ribbe said.

The oil is approaching Corsica's Aleria coastline, a 40km strip of sandy beaches.

“An analysis of maritime traffic in the area is under way,” she said, and the polluting vessel would be identified.

Meanwhile – The recent oil spill in the Eastern Mediterranean Sea that polluted the beaches of Israel and southern Lebanon has led to the worst ecological disaster in decades – has yet to be solved (as of March 2021).

The investigation of the recent oil spill in the Eastern Mediterranean Sea that polluted the beaches of Israel and southern Lebanon and led to the worst ecological disaster in decades is still on-going. Source: Brussles Times, by M. Apelblat The...

So much for saving the oceans, as recognized by World Oceans Day ...