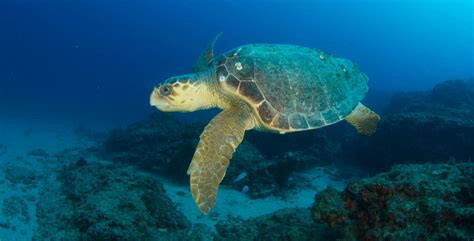 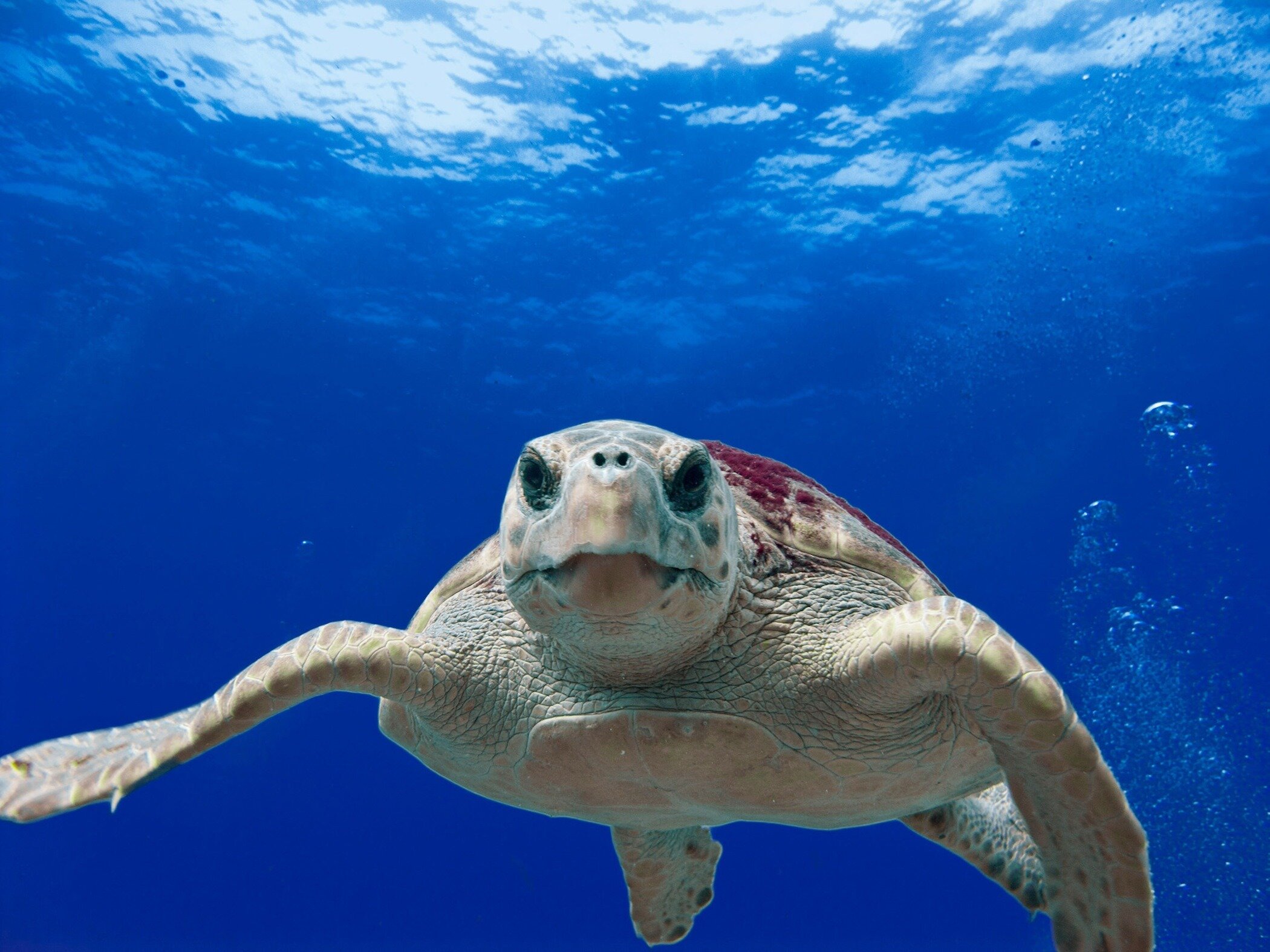 The story of a turtle caught twice in fishing nets reveals a dual threat facing many ocean animals.

The female loggerhead turtle, called "Thunderbird," was entangled in ghost (abandoned) fishing gear in the Mediterranean last year, and was subsequently fitted with a satellite tag and freed (11 Aug 2020).

Researchers tracked the turtle as it swam through the Strait of Gibraltar and headed south along the coast of Africa.

Most adult turtles that move out from the Mediterranean swim towards America, as they were born in Florida or the Caribbean.

But surprisingly, Thunderbird swam along the West African coast.

"The turtle was found entangled in ghost fishing gear by Save the Med Foundation in July 2020, and taken to the Palma Aquarium rescue center in Mallorca," said Dr. David March, of the universities of Exeter and Barcelona.

"In February 2021, the turtle was off Senegal when we stopped receiving regular updates from the tag," Dr. March said.

"All this suggests the turtle was bycaught by a fishing vessel and taken back to the port.

"We don´t know if Thunderbird was released alive after capture, or died as consequence of the bycatch event."

Researchers are using satellite data on boat movements and working with partners in Senegal to try and find the boat that caught the turtle, in the hope of finding out more information about the fate of Thunderbird.

Sea Turtles of the Mediterranean Sea Sea Turtles of the Mediterranean Sea — The State of the World's Sea Turtles |...

The Mediterranean Sea is a bountiful yet dangerous place for sea turtles. Characterized by beautiful natural and cultural heritage sites and by rich biodiversity, the Mediterranean is also a troubled and overexploited sea, where sea turtles have a...

1 Like
WWF Blue Panda Ship continues its efforts to save the Mediterranean
NancyDrewberry June 27, 2021, 6:52pm #2

Not a sea turtle, but looks like he has a tale to tell too Turtle Caught Sunning Itself on the Back of a Loon

In a very bizarre wildlife photo, a nature photographer captures a turtle sunning itself on the back of a loon with a muskrat nearby.

" Written by YGTV Team on 07 July 2021. The Department of the Environment is reminding all boat users of the need to be vigilant whilst navigating in British Gibraltar Territorial Waters (BGT) and to respect marine wildlife by keeping a safe distance at all times and not interfering with any animals. A statement from the Government follows below: Reports of migrating Fin Whales, for example, are a now common occurrence in BGTW during this time of the year when these majestic animals are see…

"Loggerhead turtles are also strictly protected and also occur regularly during this period when the animals are observed foraging or migrating towards the Atlantic Sea. Some of them can reach as far as the Caribbean and North America. They may sometimes be seen floating motionless on the Surface basking in the sun. This behaviour is normal in Loggerhead turtles and the public is reminded not to touch or disturb the animals in any way."